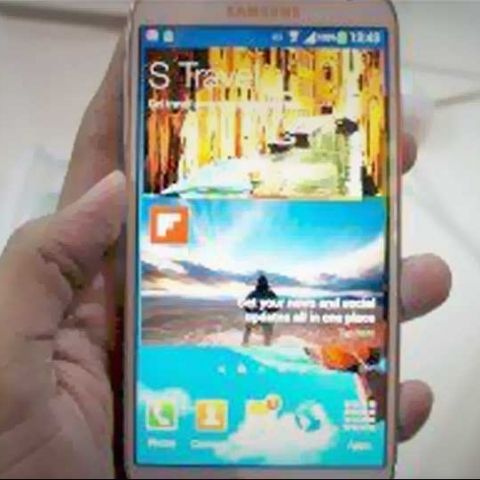 Soon after the global launch, the Galaxy S4 arrives in India. The high-end Android smartphone market is now spoilt for choice - the HTC One or the Samsung Galaxy S4? Observations from the quick tryst with the S4 indicate it is worth its price.

This is the good thing about Samsung. They have realized that the Indian market does not like waiting long for flagship phones after their global launch. This is what gives the Korean company the advantage over most rivals, who also seem to be understanding this and have upped their game as well. Getting back to the point though...

Samsung has launched the Galaxy S4 in India, not long after its global launch, and the launch of its main rival - the HTC One. Globally, there are two processor versions powering the Galaxy S4 – Qualcomm Snapdragon 600 quad-core 1.9GHz processor and Samsung’s own Exynos 5 Octa 5410 with the combination of a 1.6GHz quad-core chip and a 1.2GHz quad core chip.

India gets the Exynos 5 Octa processor version, with the Snapdragon currently exclusive to LTE markets. The phone has 2GB of RAM, and while there are 16GB / 32GB / 64GB versions available globally, India only gets the 16GB version for the time being. Samsung refuses to say if the other versions, if at all, will be launched in India.

At the launch event, we had a chance to use the Galaxy S4 for a while. Here are our initial observations:

- The love for plastic continues. You may give it any fancy name you want, but the fact of the matter is, it is still plastic. While the Galaxy S4 isn’t shabby or cheap by any stretch of the imagination, the likes of the HTC One have raised the bar even further. For the consumer, that may be enough to bring in a feeling of “this isn’t enough”.

- Two colour options are available – black and white. The white has an enamel finish, while the black has a less shiny personality. Both look good, without being flashy.

- There is no doubt that the Galaxy S4 is very light. On the spec sheet, it is three grams lighter than the predecessor, but in the real world, that makes a lot of positive difference.

- One thing is certain – the S4 has a slightly slippery finish if you are not careful. Single hand operation is a bit of a stretch, but manageable in certain aspects. You can, for example, scroll a web page, but cannot type an SMS with the same hand holding the phone.

- The dimensions are largely the same as the Galaxy S III; the Galaxy S4 packs in a bigger display, and then sheds a bit of thickness and weight. The reason why things have been kept in control dimension-wise is because of the even thinner bezel on the left and the right side of the display.

- Speaking of the display, the 5-inch display is the same Super AMOLED variety as the predecessor, but slightly bigger. Resolution has been bumped up as well to full HD.

- More about the S4's display: good points first – bright, minimal reflective tendencies and natively very crisp. Text readability is very comfortable, and colours make media viewing a delight – all it all makes this phone worth the money. But, equally, some people will not appreciate that certain colours seem a tad unnatural and pop out unnaturally, particularly the reds and equivalent shades. But that is a compromise, if at all, that you have to resign to for the rest of the positives of this screen.

- Despite the slightly bigger size and the bumped up resolution, Samsung says that the Galaxy S4’s display consumes 14% less battery than that of the Galaxy S III.

- TouchWiz UI, Samsung’s overlay over the Android OS, has been tweaked as well. Primarily, you will notice the enhanced quick settings from the notification bar – giving access to the major settings from the home screen itself.

- Features like Air View, originally seen on the Note II with the S-Pen, have now made its way into the S4, with the finger doing the work of the S-Pen! This is something that will be very useful when shuffling through dozens of emails or messages. Also works in the gallery and during video playback, on the timeline.

- Air Gestures let you use the phone, navigate through certain apps, without having to actually touch the display. At the moment, the web browser and the gallery are a couple of compatible examples with this feature, but will gather more importance and acceptance when more apps are compatible with this.

- This is a feature rich phone, something that will give us some stress when we write the review! Expect detailed usage experience details of the features, with AllShare, S Beam, Story Album and Knox being some of them.

- Samsung has packed in a 13MP camera into the Galaxy S4, with the true Samsung tradition of packing in a list of features that you can rattle on endlessly! But, we will reserve all judgment on the performance and image quality till the time we test this snapper in detail.

We will put the phone through a detailed test when we get the review unit in the not too distant future. In the meantime, you can check out some more pictures of the Samsung Galaxy S4 below.

Xiaomi Mi 11 launches as the first Snapdragon 888 phone: Everything you need to know