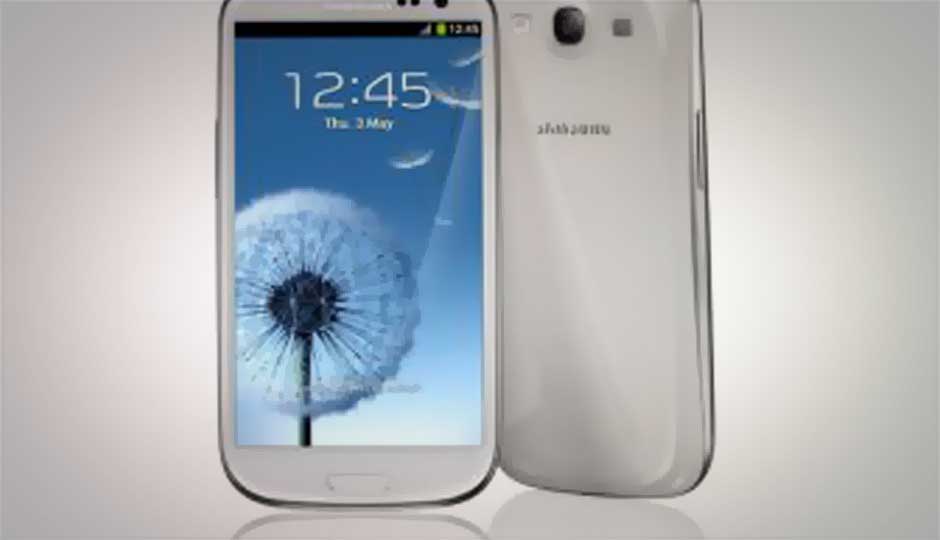 Samsung just announced their next flagship Galaxy smartphone device conveniently called the Samsung Galaxy SIII. Apart from the plasticky build, the device is quite impressive with its power under the hood and some of the unique features that it offers.

To see a detailed look at the features of Samsung’s new flagship device, click here.

So, how does the Samsung Galaxy SIII stands out when compared to the competition? Well, we just saw the launch of the HTC One X in India recently (read our review here), and the device has impressed us quite a bit.

On grounds of sheer specifications, the Samsung Galaxy SIII isn’t the most impressive. Its specification is at par with the competition (the HTC One X), but has overall left us a little disappointed, courtesy the plastic finish. The HTC One X wasn’t just impressive overall but its build though plasticky, felt sturdy. Besides, the Display is a HD Super AMOLED without the “Plus”. That’s right, the screen has a PenTile display which looses points when compared to the IPS display that is housed in the iPhone 4S and the HTC One S. Don’t get us wrong, the display isn’t bad by any means. It’s just that it isn’t the best out there. The reason the Samsung Galaxy S2 was such a big hit was the fact that the display was quite commendable at the time.

This time around though, Samsung it seems has decided to go the Apple way with the SIII. The specifications are at par with the competition (though it is surprising that the SIII uses the same Mali-400MP GPU as the S2), but what Samsung has decided is to bring some unique features to the device that will make it stand out from the crowd.

To start with, Samsung has introduced a feature called S-voice that aims to take on Apple’s Siri head on. Now, you have a voice-controlled personal assistant on you Samsung device, exclusive to the S3 as of now.

The camera app too has a burst mode that can take 20 pictures at 3.3 frames a second. The app also has the ability to pick out the best picture of the burst keeping certain criteria’s in mind such as focus and smile incase there is a person in the picture.

Keeping an SIII ecosystem in mind, Samsung has a feature called the S beam enabling quick and easy file sharing between 2 devices. A lot like Google's Android Beam it has Samsung’s own addition to it as well. Apart from NFC, the device use Wi-Fi as well for faster data transfer.  If Apple has airplay to stream content wirelessly between your iOS device and Apple TV, Samsung has introduced AllShare Play and AllShare Cast. You can stream content from your S3 to your TV directly via Wi-Fi. AllShare Cast mirrors the display of the smartphone on your TV.

In terms of raw power, the Galaxy SIII really seems to surpass the competition. Our friends at Anand Tech got some hands on with the device and ran sum benchmarks on it. Take a look at the results in the table below:

Overall our first impression of the Samsung Galaxy SIII is a mixed bag. The hardware is at par with the competition but the build and display feels like a bit of a letdown. In its initial performance benchmark it seems to be the king, but we will determine this fact once we have had used the device in some real world environment. The software features are impressive and we want to see what more Samsung does to take on the competition along with the big Apple.