Samsung Galaxy S II - Hands on, and lots of pics! 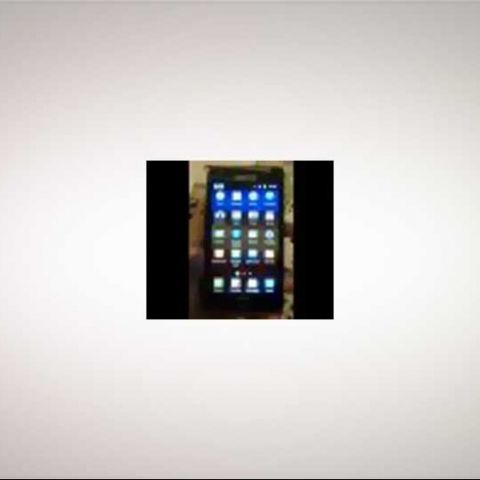 Samsung has officially launched the Galaxy S II smartphone in India (to read all about the launch, click here). This makes it the second dual core Android smartphone to arrive on our shores, after the LG Optimus 2X. This has been an extremely anticipated handset, not only because of the powerhouse it potentially is, but also because of the possible pricing. Now that all those issues have been sorted, and a modest Rs. 32,890 price has been quoted, let us get down to giving you a quick first impression of the Galaxy S II. One look at the Galaxy S II and you will be forgiven for brushing it off as just another Android smartphone. The 4.3-inch Super AMOLED Plus display is flanked by two touch based options and return buttons, a hardware menu button and a glossy black panel all around. The fact that this is a well designed (read - slim yet powerful) big screen phone shows quite clearly, as the S II fits nicely in the hand. The top panel has the 3.5mm audio jack, while the bottom panel has the microUSB port. The solid build quality is impressive, and the phone can be used with one hand- contrary to opinion about > 4-inch screen smartphones. The volume rocker is on one side, but stays well out of the way when you are gripping the phone. 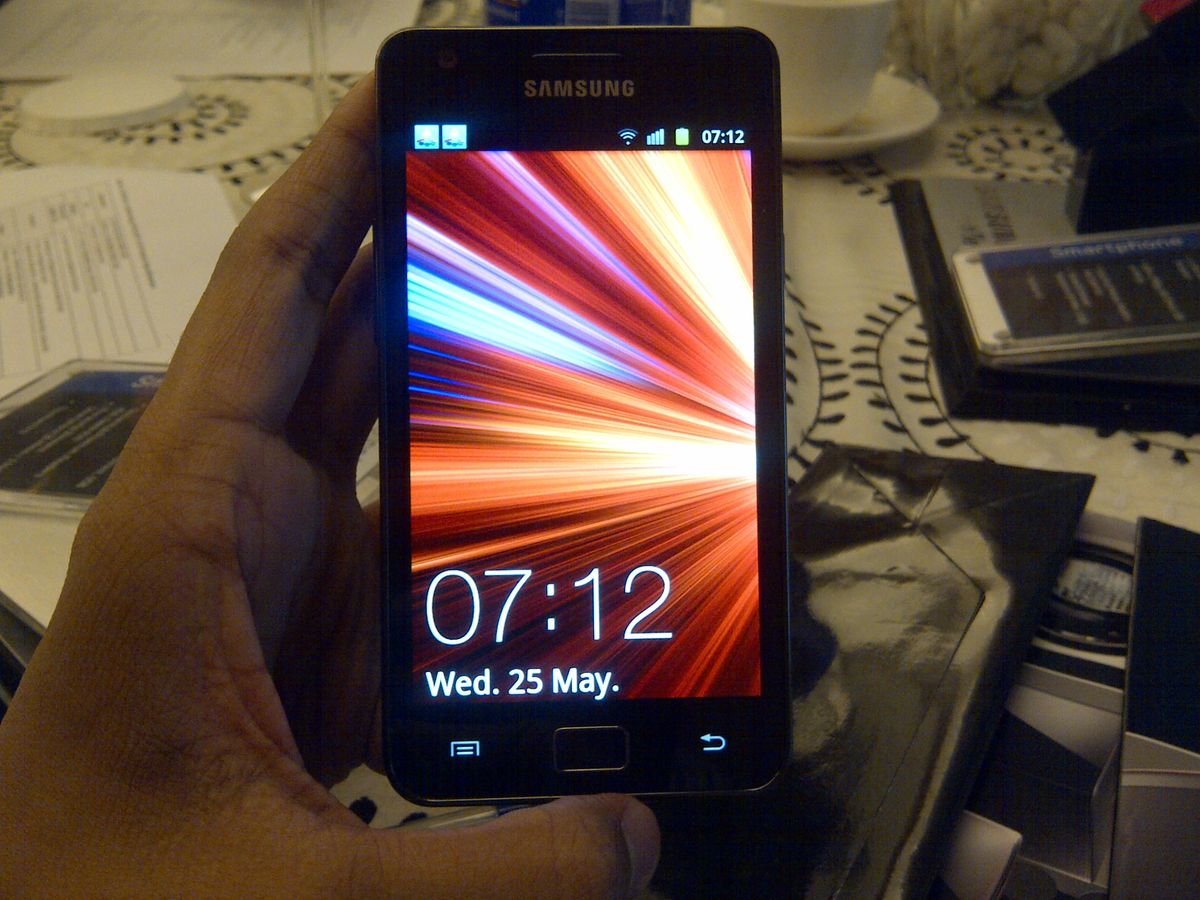 Light up the display on the Galaxy S II and the colours stand out, thanks to its vividness. The rest of the colours look better because the black levels on this display are extremely good. It's a pretty bright display, and keeping the brightness levels below 50% is more than enough for most usage scenarios. The display quality is fantastic, and will be an amazing device to watch videos on. Connect the proprietary HDMI cable, and you can view everything on the flat panel television. Samsung however, will not be providing the cable as a part of the retail package when you buy this phone. The cable is available as a separate accessory. We will update the prices when we get official communication from Samsung.


The interface stays the same 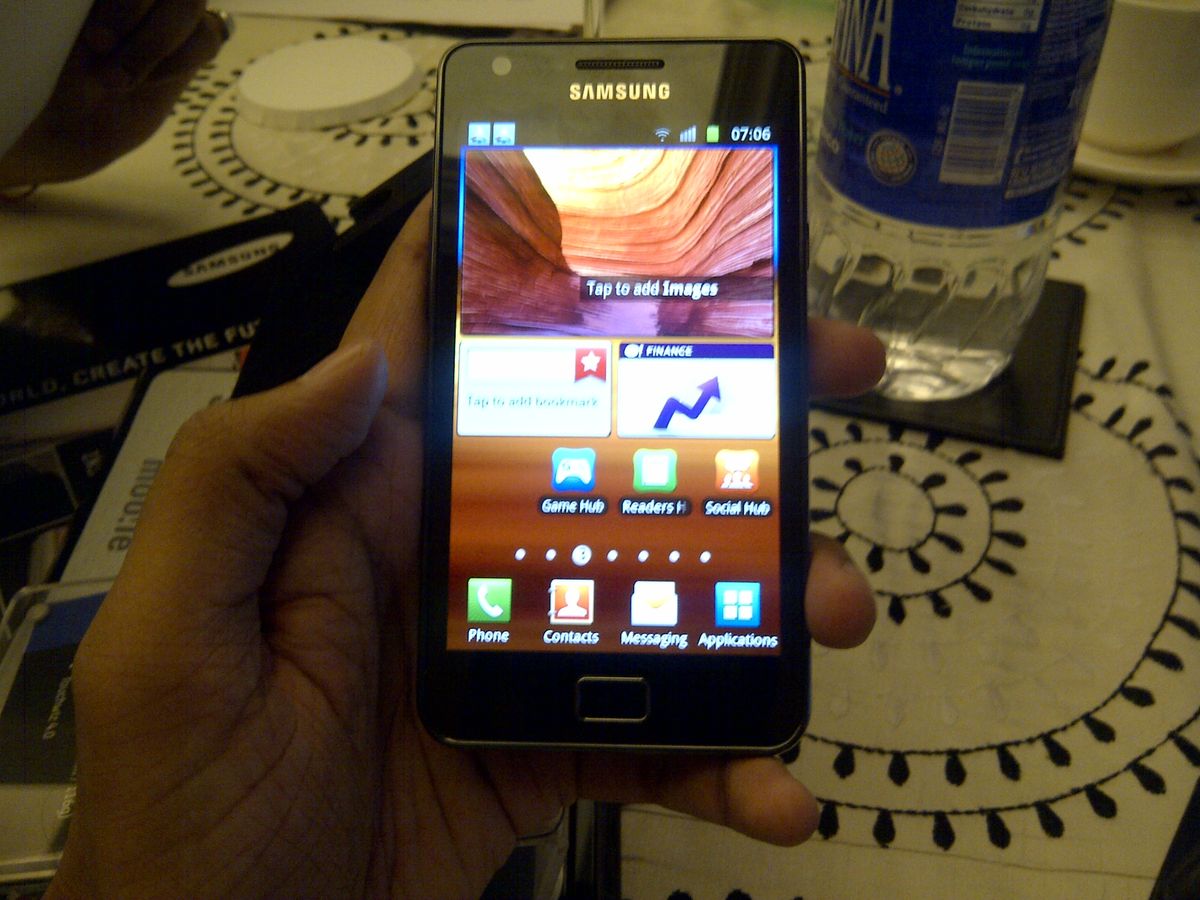 The Galaxy S II comes with the TouchWiz UI we have seen all along on Samsung's Android based phones. The weird case with this UI is that it looks excellent on certain phones (Galaxy S) and looks horrible on some others (Samsung Galaxy Ace)! Thankfully, though much of the UI remains the same, the latest TouchWiz 4.0 UI has added more widget styles to it, along with the Live Panel app switcher, offering that little bit more with the phone. 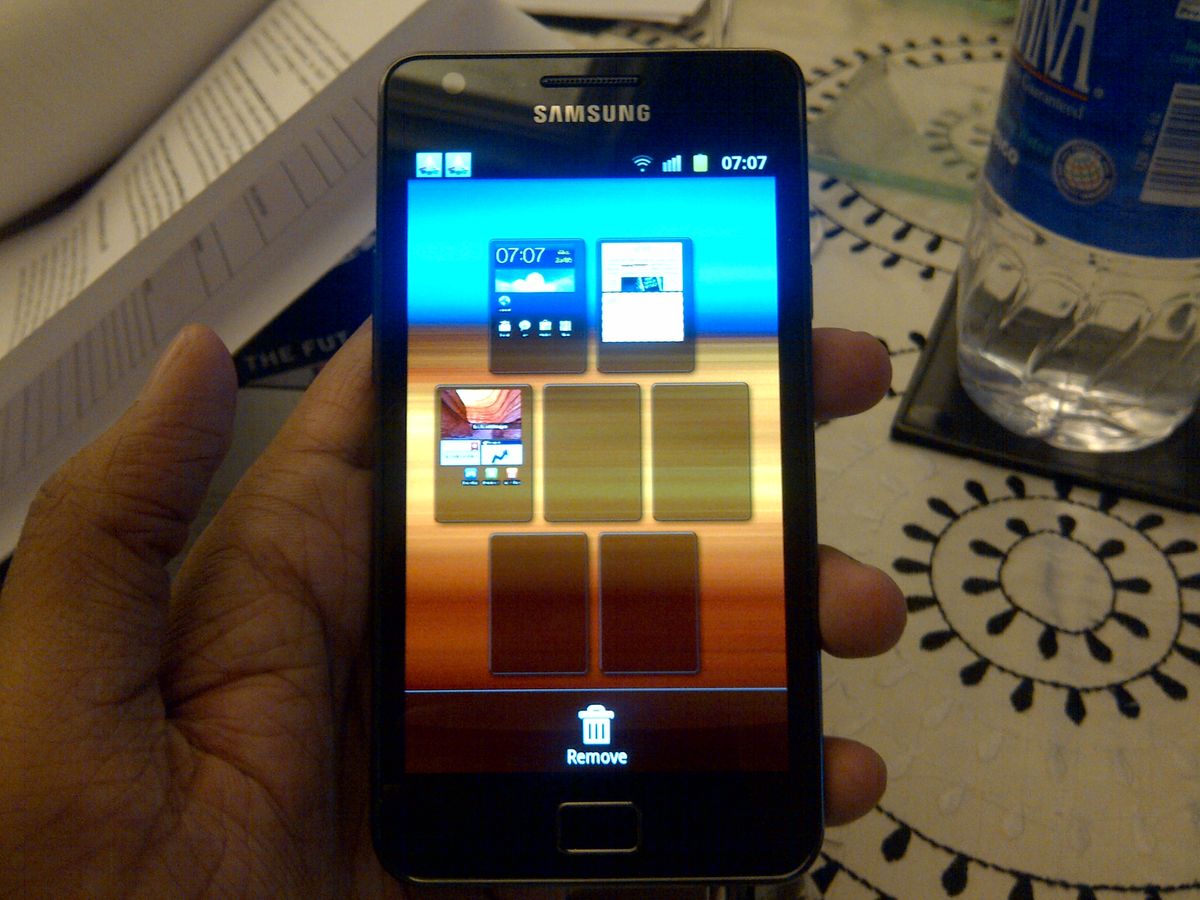 When on any of the home screens, the pinch gesture will bring all 7 screens as thumbnails, and you can head off to any one of them by clicking on it right there. Flicking through all screens is just too slow these days! This gesture worked well, and the response was super smooth.

Here are some more pics of the interface of the Samsung Galaxy S II. 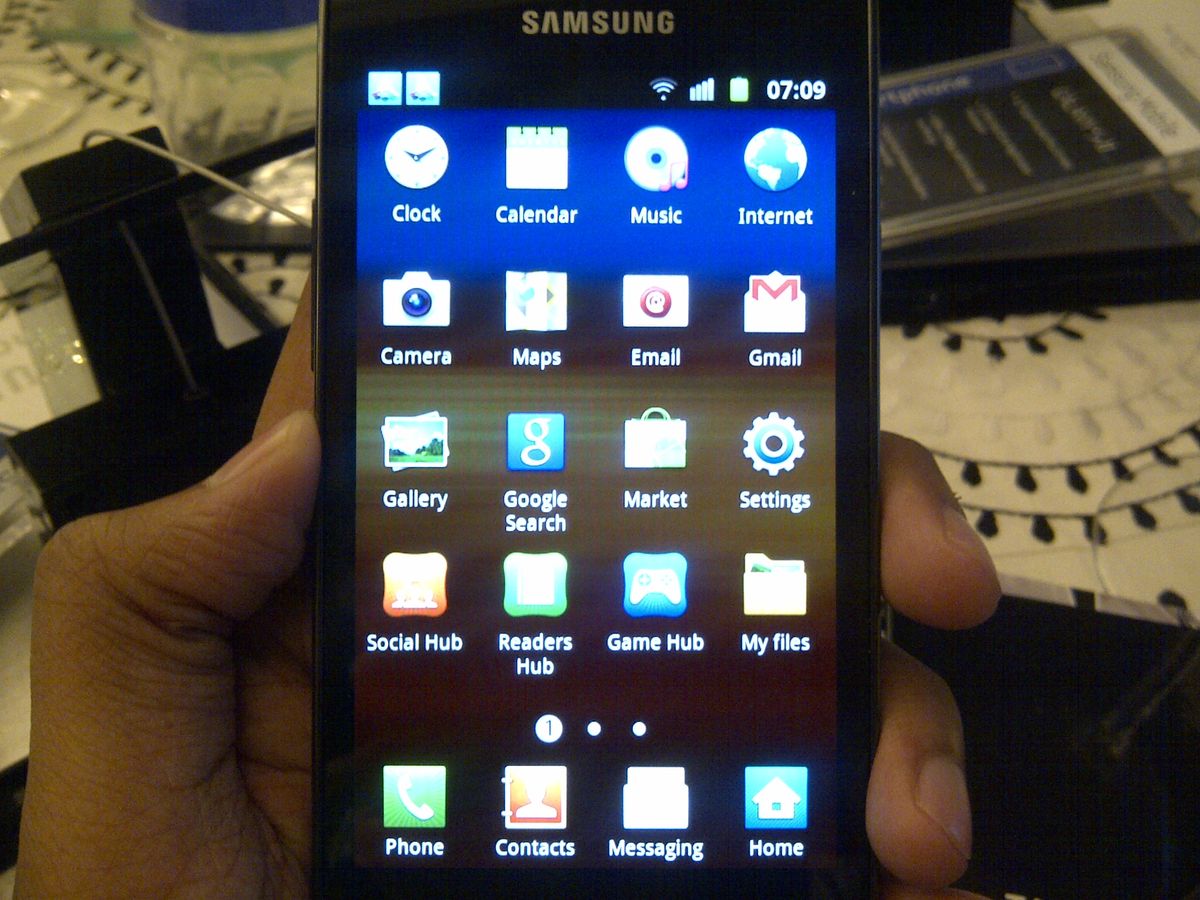 The menu is laid out horizontally, and not vertically as a lot of Android phones have. There is the option of either the horizontal menu style, or a basic List of the applications and the entire menu, in general. Flicking through the menu was smooth and quick, with no judder or pauses visible. 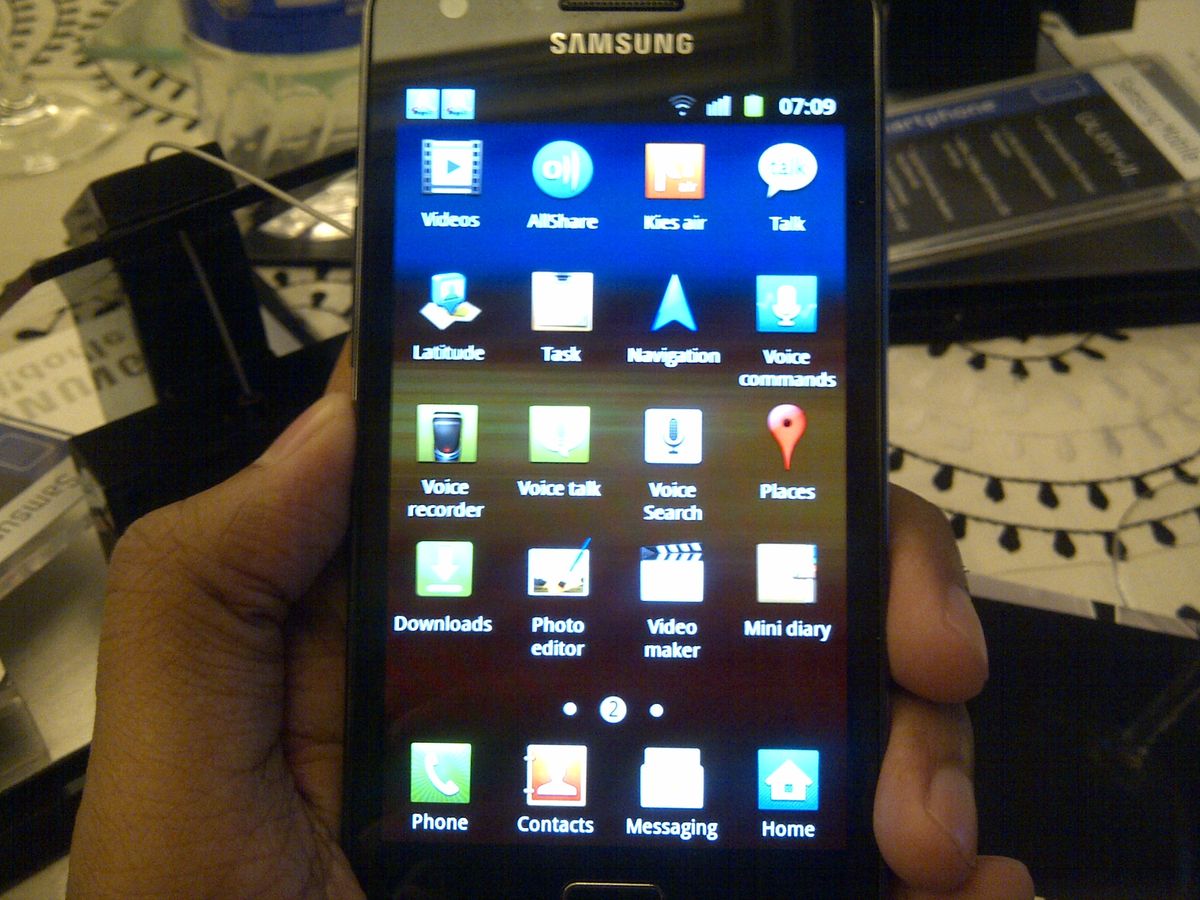 What is not very common across Android smartphones is the visual effect which allows for the home-screen wallpaper to be the backdrop of the menu as well. The extremely powerful hardware in the Galaxy S II allows for that, without the interface becoming slower. 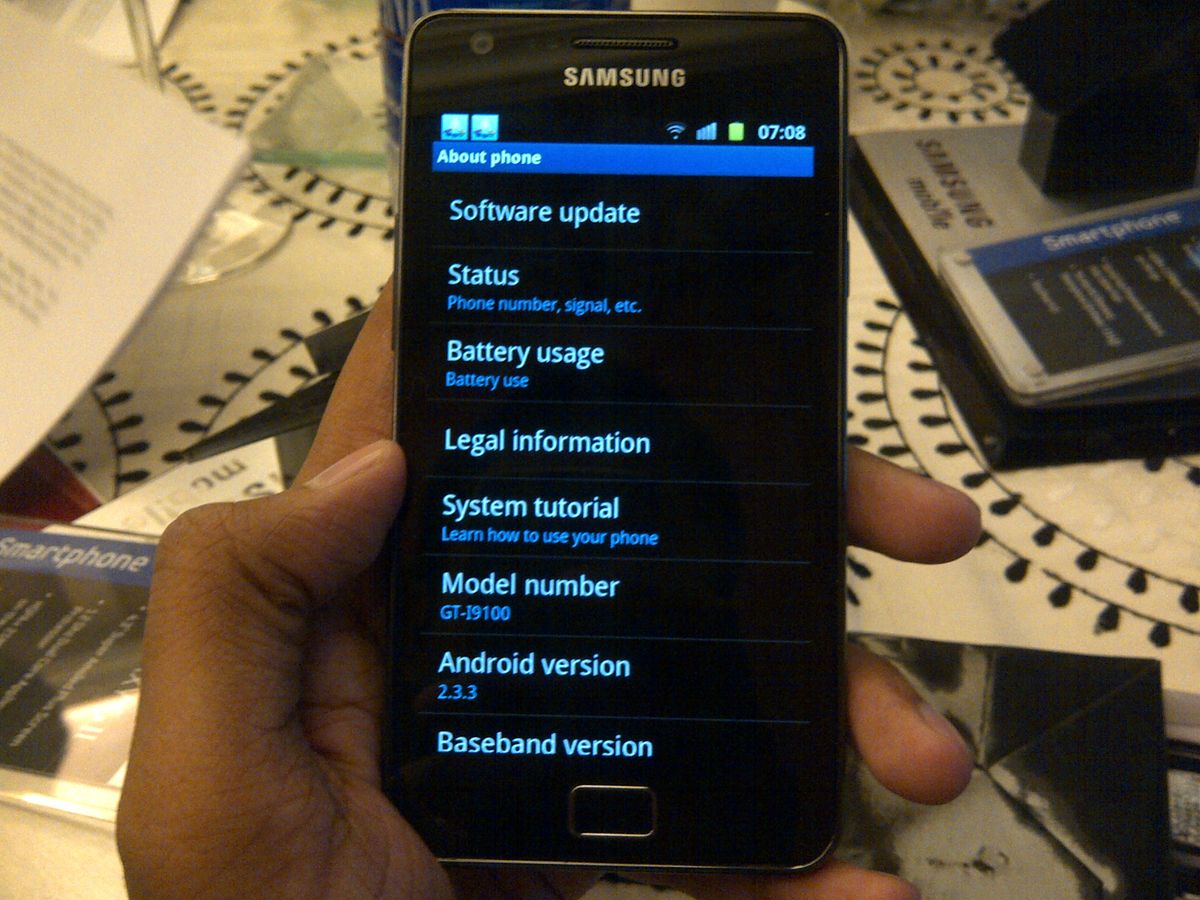 The Galaxy S II comes with Android 2.3 Gingerbread pre-loaded. Good thing, since no one wants to queue up for updates. The version installed in this "pre-release version" handset was Android 2.3.3 and Samsung has confirmed that this is the version we will see on the final retail units. 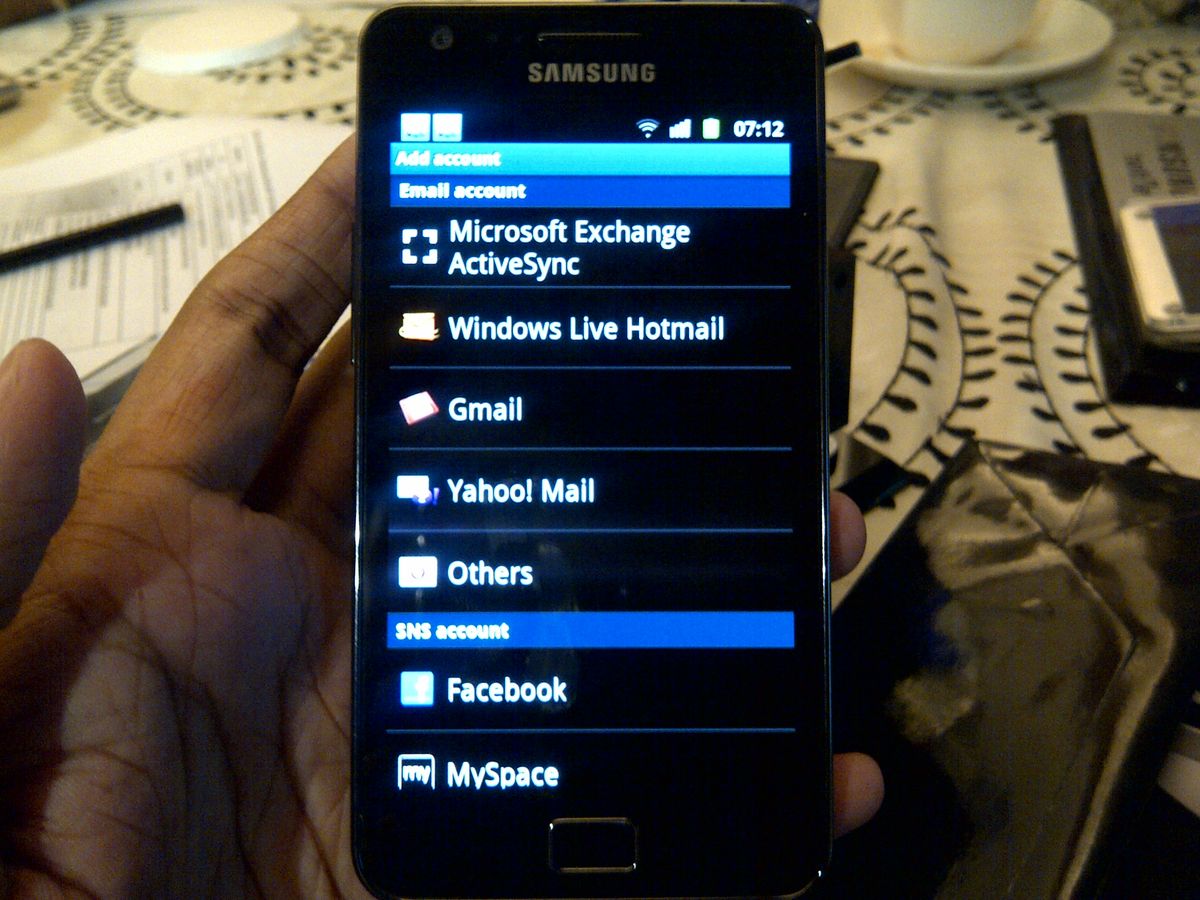 The screenshots above and below are of the Social Hub application, which is the one stop app for email accounts, IM chat login and social networking access. As you can see, the application allows access to most of the popular services across categories. 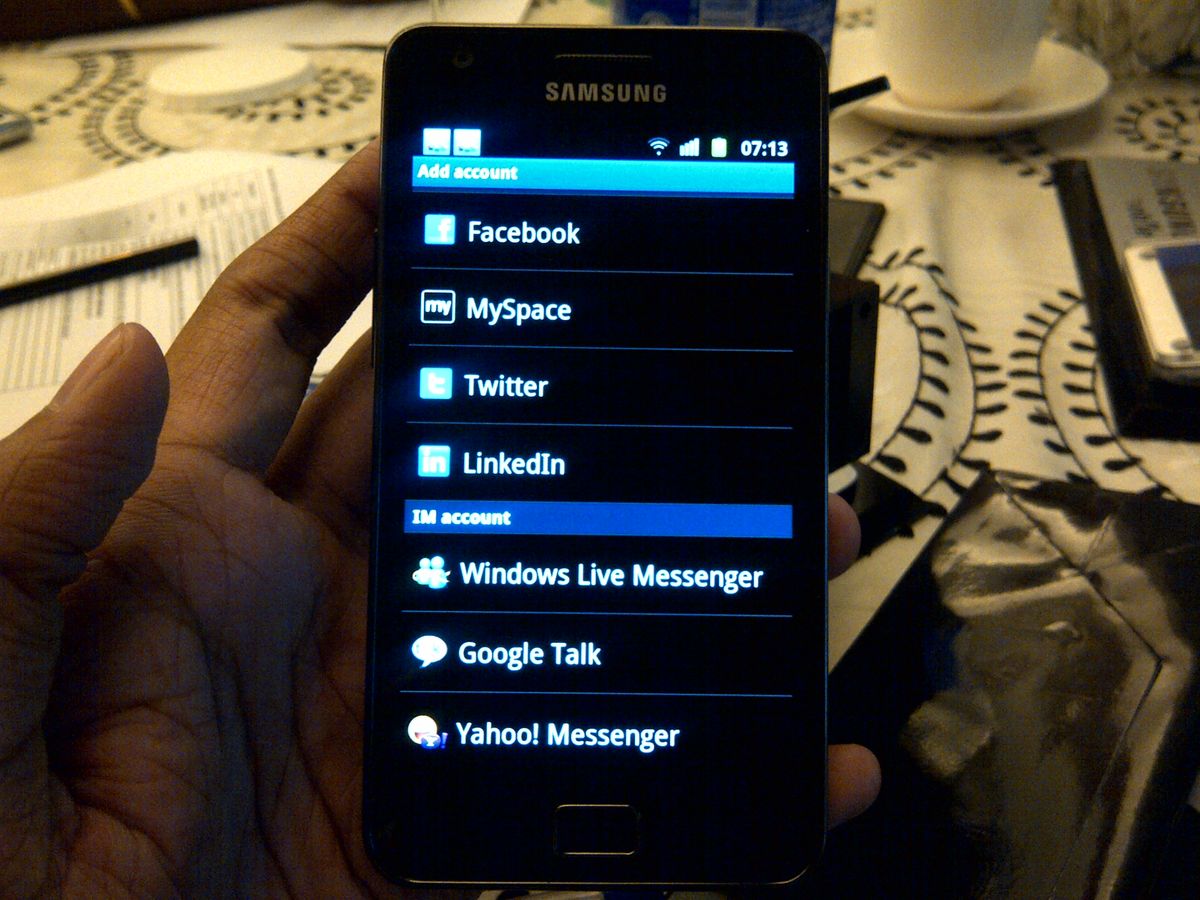 The Samsung Galaxy S II smartphone does look to be worth the moolah, at least during the time we have spent with it. in a nutshell, it is built well, the slimness makes it comfortable to grip (particularly important of you are typing a message with the same hand which is holding the phone), we witnessed no slowdowns in the performance (even with multiple apps open in the background) and the display quality is very good.

[RELATED_ARTICLE]What we have been unable to test during the hands-on are the dedicated applications - Game Hub and Reader Hub. One is meant to whet the gaming appetite, while the Reader app allows access to news updates, e-books and e-magazines. Since these applications need web access, we will be testing them during the detailed review. Also, we cannot comment on the battery life, at the moment, nor can we say anything about how the display performs in sunlight.

We are looking forward to getting a review unit of the Galaxy S II, so that we can put it through our rigorous test process, and help you with a possible smartphone purchase decision. Stay tuned for that one.