Realme X7 Max 5G gaming and performance review: One for the gamers 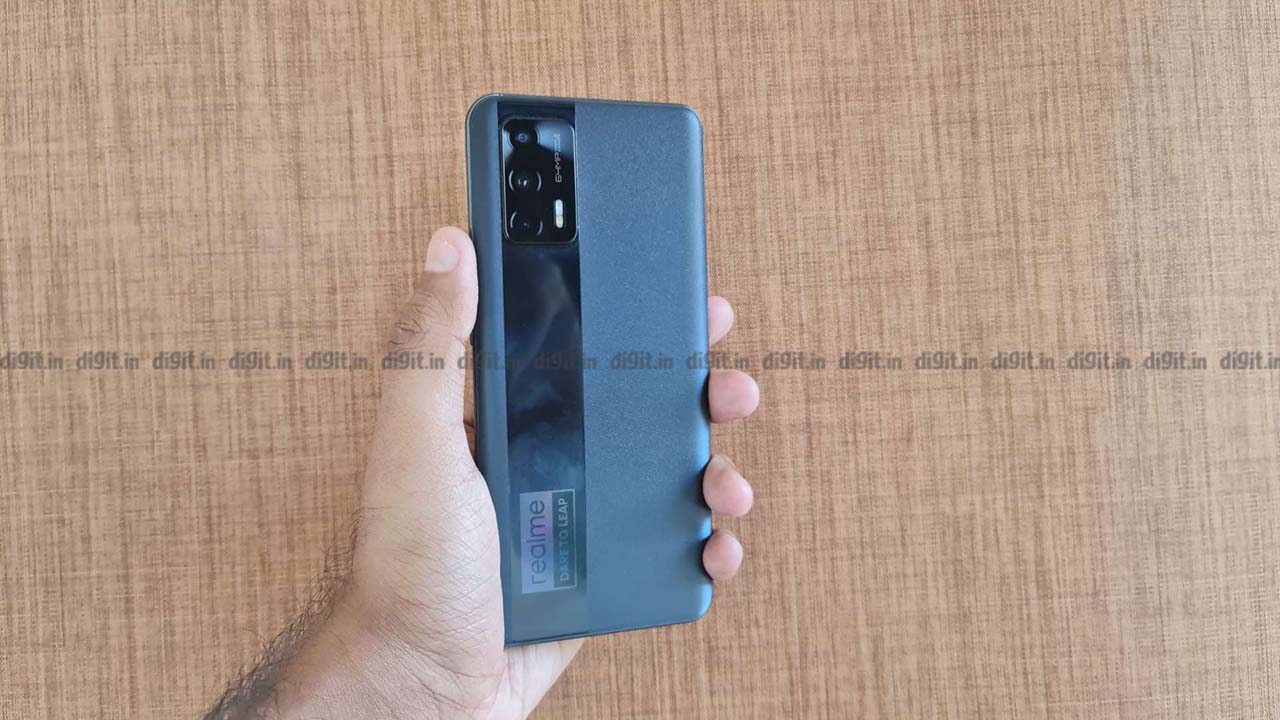 Realme has emerged as one of India's fastest-growing smartphone makers over the past few years. The company has managed to do so on the basis of its value for money offerings that now populate multiple price segments of the smartphone market. These phones have been great disruptors, that have often forced competing players to rethink their strategy.

The latest in the list of such phones appears to be the Realme X7 Max 5G. An upper-midrange device, in essence, the X7 Max 5G packs in a lot of punch thanks to its powerful MediaTek Dimensity 1200 SoC. The presence of this chipset also makes the Realme X7 Max 5G rather special, as it makes it the first phone in the country to be powered with this flagship chipset from MediaTek.

But the chipset isn't the only thing of note about the device. To Realme's credit, it has managed to pair the chipset with some other high-end features and specs -- including a fast 120Hz display, a 50W SuperDart charge supporting 4500mAh battery, and a 64MP lens-based triple camera set-up.

While we'll discuss in detail if these elements come together to create a well-balanced phone at a later date, for now, let's see if the Realme X7 Max 5G's core hardware and its Android 11-based Realme UI 2.0 software do indeed manage to provide a performance experience that can rival flagship-grade phones. But before we get to that, let's give you a low-down on the specifications of the device. 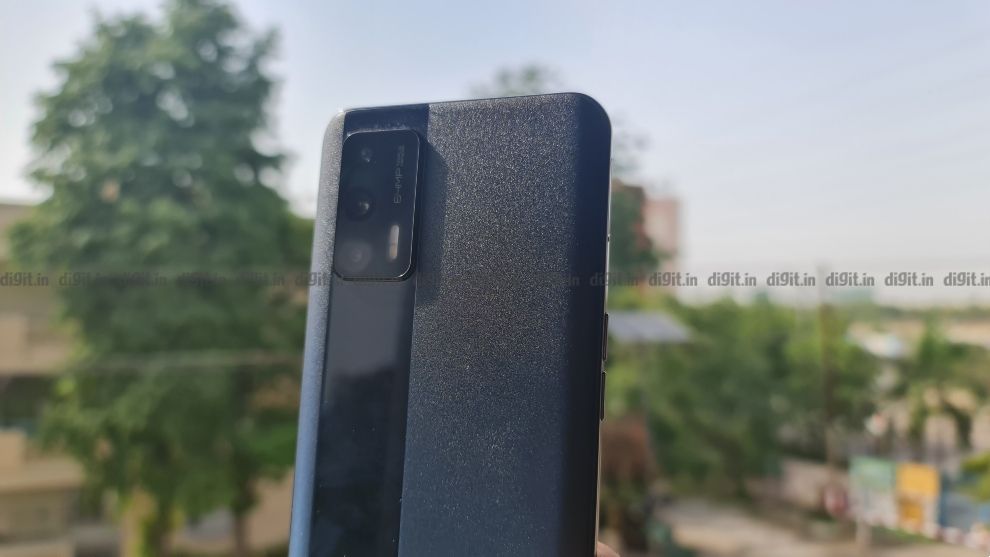 The Realme X7 5G appears to be based on the Realme GT Neo that was launched in China earlier in the year. As such, the new Realme X7 Max also flaunts the same core hardware as the Chinese device. On the outside, we have a fast 120Hz display covered by an unspecified sheet of toughened glass. The display does not offer a dynamic refresh rate, so the user can switch between 60Hz and fast 120Hz depending on their preference for speed or prolonged battery life.

Apart from this, the phone's display is also capable of playing HDR content and can also get plenty bright even under direct sunlight. Overall, it's one of the better displays in the segment and except for the fact that it does not offer an adaptive multi-step refresh rate feature, there is very little to fault here. 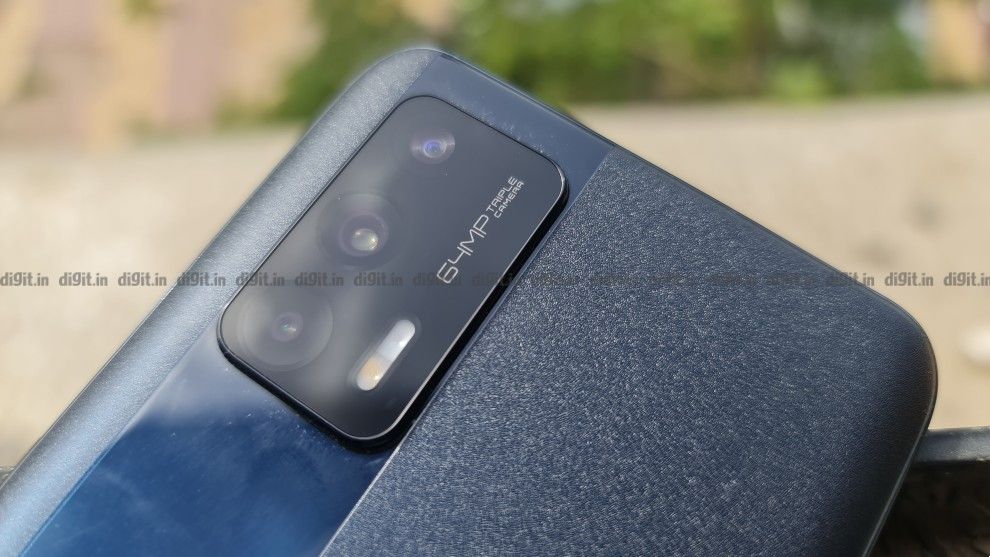 Under the hood, we have the powerful MediaTek Dimensity 1200 SoC. This is the first time we are seeing this chipset in the country, so it was quite interesting for us to test the device using our battery of benchmarks. But more on that in a bit. First, let's take a deeper dive into the configuration of the chipset.

The MediaTek Dimensity 1200 SoC is a 6nm chip that features an octa-core CPU. At the heart of the chip is a prime Cortex-A78 core clocked at 3.0GHz and three Cortex-A78 performance cores running at 2.6GHz and four power-efficient Cortex-A55 cores clocked at 2.0GHz. This processor is 22 per cent faster and 25 per cent more power-efficient than previous generation processors. For gaming, the MediaTek Dimensity 1200 SoC uses a Mali-G77 GPU, which in the Realme X7 Max 5G's case is paired with up to 12GB of RAM and plenty of storage.

The Dimensity 1200 SoC also promises some extra performance during games with its support for MediaTek HyperEngine 3.0 gaming technology. It also promises to enhance the smartphone gaming experience with improved wireless audio and Ray Traced graphics capabilities. 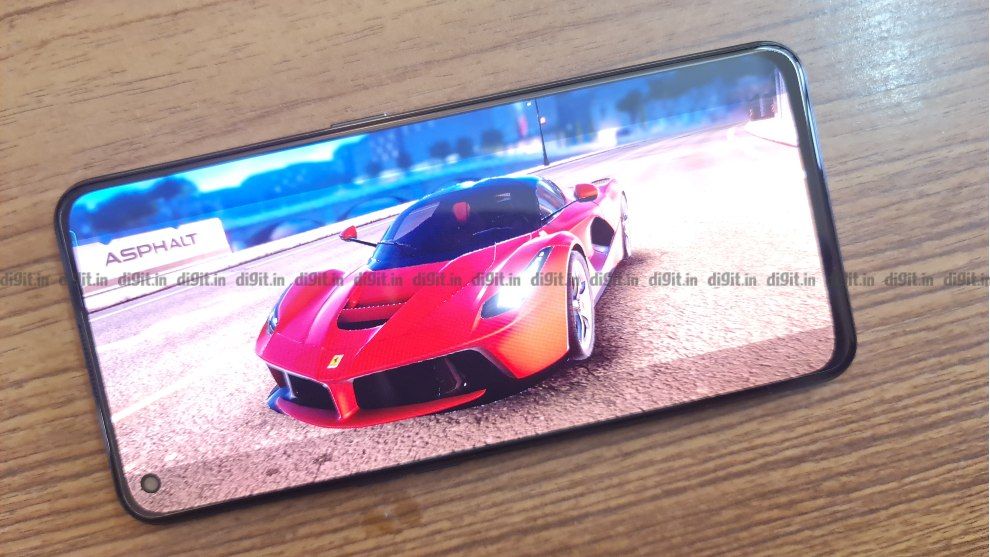 The core hardware on the device has been paired with the company's in-house Realme UI 2 which's based on Android 11. The software adds a number of new features and brings new enhancements to improve the overall experience of using this latest Realme device.

This was also true for gaming on the Realme X7 Max 5G. As expected, the phone handled popular titles such as Call of Duty Mobile and Asphalt 9 Legends. Both games ran without any hitches, and we didn't encounter any micro-stutters or frame drops while playing either of the two titles. If we're being honest, this did not come as a surprise as most modern-day flagship chipsets do pack enough power to effectively handle graphically demanding games and more. 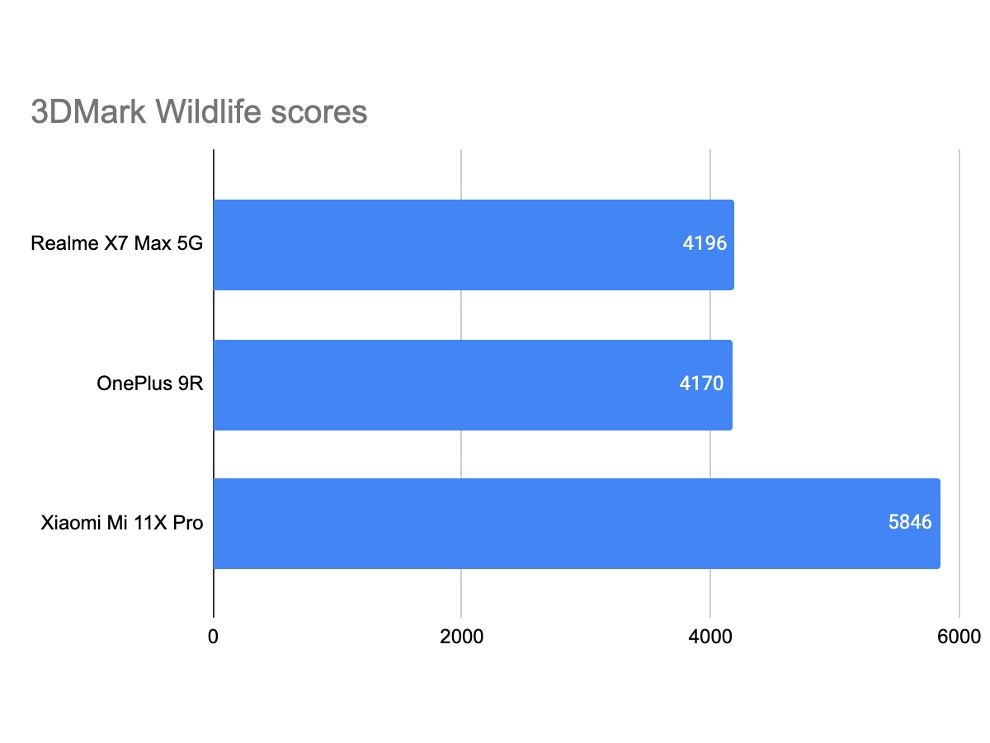 However, what did surprise us a little was the phone's performance in benchmark tests, where the device managed to easily beat the Snapdragon 870 SoC totting OnePlus 9R (review) and come pretty close to the scores reached by the more powerful Mi 11X Pro which comes with a Snapdragon 888 SoC ticking inside. Now, mind you, these are both phones that trade in much higher price points, so it's quite impressive that the Realme X7 Max 5G can even trade blows with these two aggressively priced phones -- even if it's only in the performance and gaming department.

Don't believe us? Check out these benchmark results. 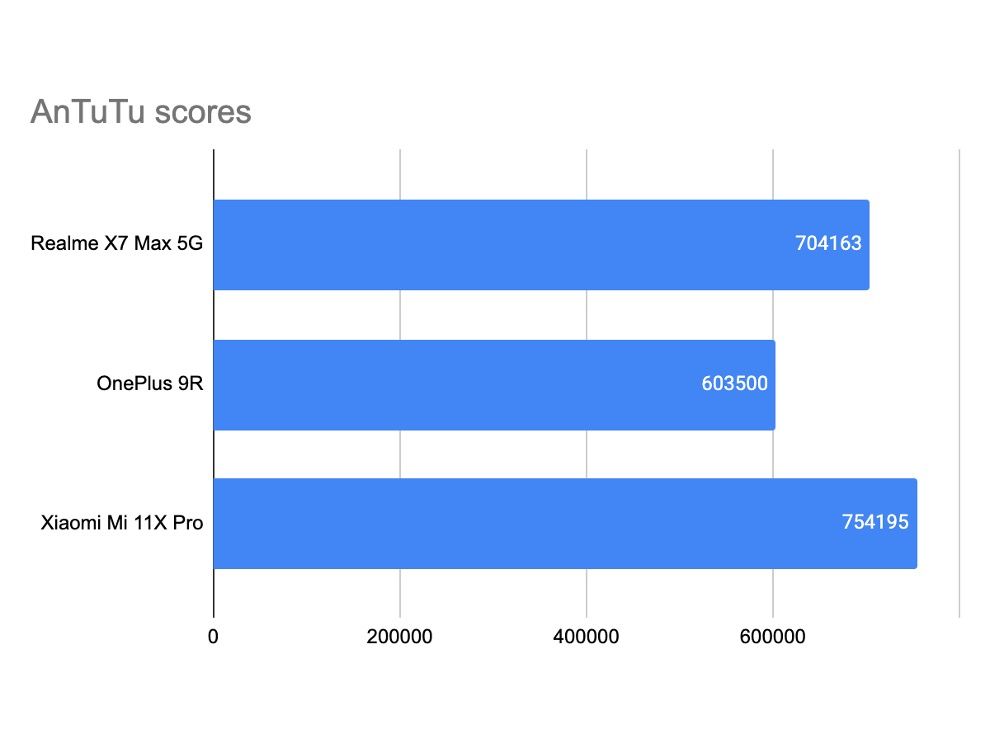 While testing the phone using AnTuTu, the Realme X7 Max 5G managed to score 704163 points. This was only slightly shy of the 754195 points that the high-end Mi 11X Pro managed to score in the test. The Realme phone also managed to easily beat the 603500 points scored by the still more expensive OnePlus 9R. 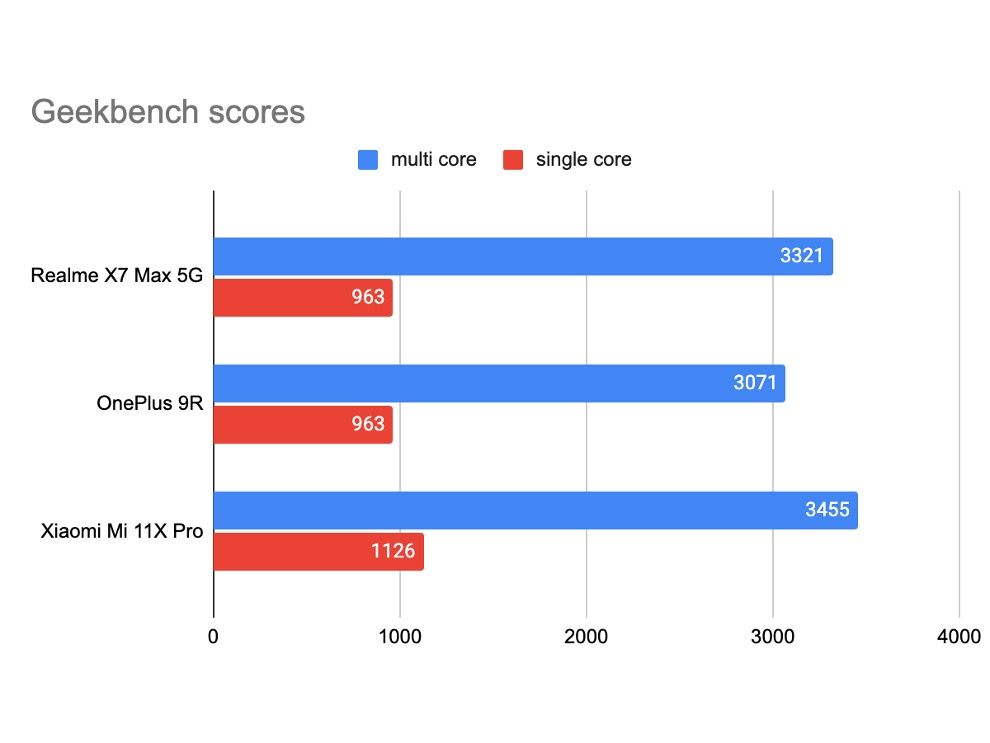 Starting at Rs 26,999 for the entry variant with 8GB RAM+128GB storage, and going up to 29,999 for the 12GB RAM+256GB storage variant, the Realme X7 Max 5G is a very aggressively priced phone. For the price, it brings to the table the promise of flagship-like performance that's difficult to ignore and a fast 120Hz display. The phone's battery performance -- which we'll deep dive into later in our full review of the phone -- is also worthy of note.

However, it offers little else to get excited about. While we're not saying the phone disappoints in the other departments -- again something we'll talk more about in our full review of the phone -- from its design to cameras, we've not encountered anything that has got us terribly excited yet.

So, do we recommend the Realme X7 Max 5G? Well, if you're looking for a gaming device on a budget, then certainly yes. For the price, you'll be hard-pressed to find similar gaming and overall performance in a device at the moment, and that, honestly, is the X7 Max 5G's biggest win.