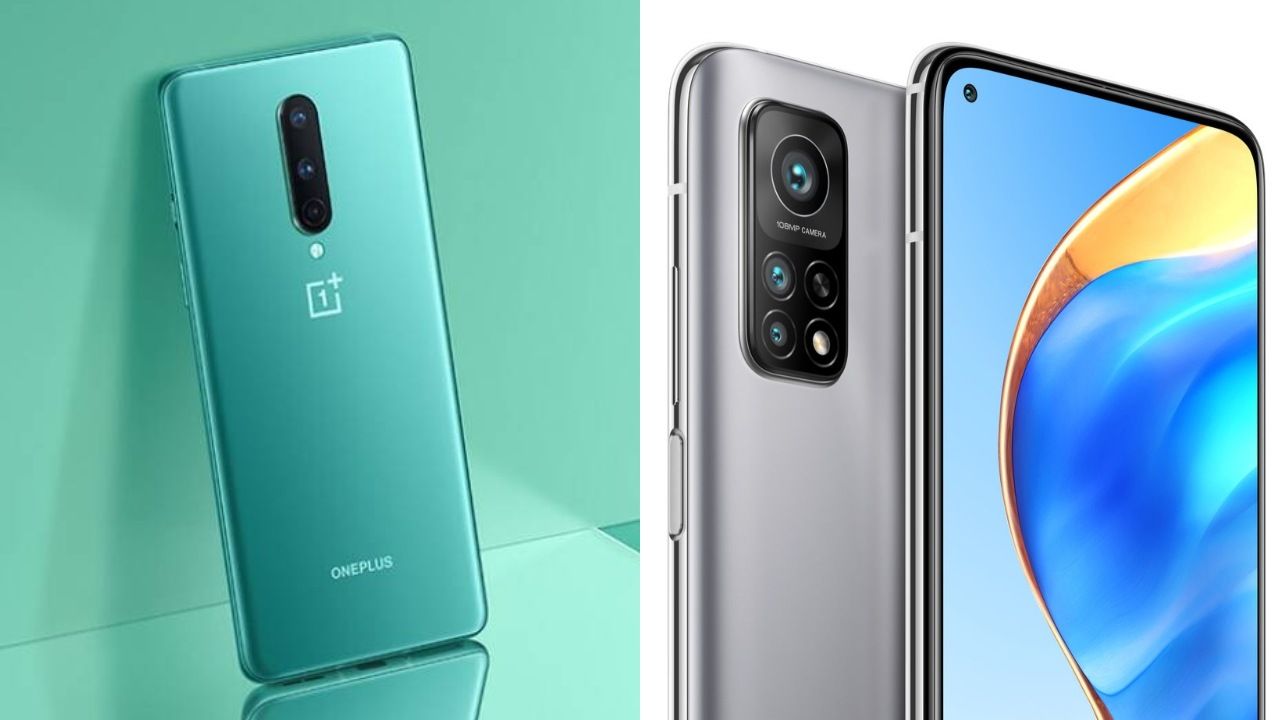 OnePlus launched the OnePlus 8T on 14-October, with an all-new design, a flagship chipset, and quad rear cameras with all the bells and whistles from the OnePlus 8 leaving out the wireless charging as well as IP-rating for dust and water resistance.

Just after the launch of OnePlus 8T, Xiaomi announced the release of the Mi 10T and Mi 10T Pro. Both the phones are neck and neck in terms of performance and features. Here we compare the two flagships side by side. 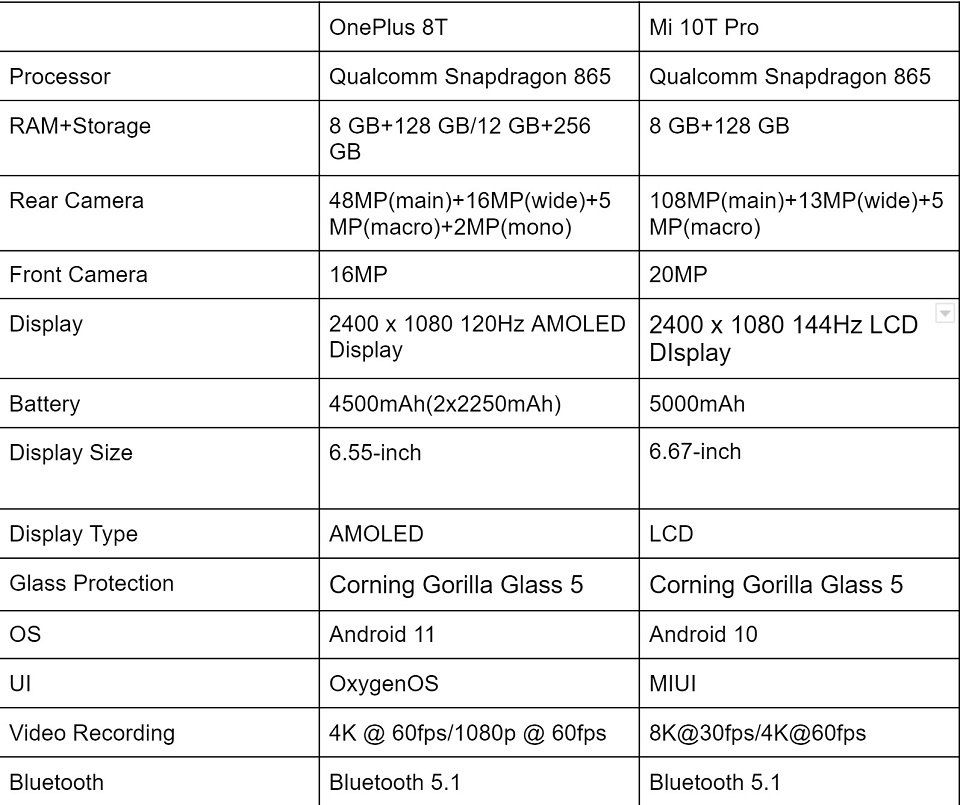 Both the devices sport Snapdragon 865 SoC under the hood, which is the fastest chip (After 865 Plus) paired with the Adreno 650 GPU. The devices are equipped with X55 modem for 5G networks.

OnePlus and Xiaomi take different approaches for batteries in both devices. The real-world tests will be done after a hands-on for both devices, but on paper, the OnePlus 8T has 500mAh less than Mi 10T Pro, although the OnePlus has 65W fast charging, while the Mi 10T Pro hits the ceiling at 33W.

OnePlus has introduced 2 batteries clubbed together this time for faster charging, while the Mi 10T Pro houses a single cell.

Both the phones offer impressive camera set-ups, with the OnePlus 8T bringing a quad-camera set-up with a Sony IMX 586 48MP sensor at the heart of it. The lens has an aperture of F/1.7. The lens also supports OIS and EIS. The phone also gets a 16MP ultra-wide lens with a field of view of 123 degrees. There's also a 5MP macro camera and a 2MP monochrome lens on the device.

The Mi 10T Pro takes things a notch higher with the 108MP rear camera-based system on the phone which is paired to two more lenses - 13MP and 5MP cameras. The former is an ultra-wide lens while the latter is designed for clicking macro shots.

OnePlus gets ahead in this area and has been one of the pioneers in providing the latest OS releases, sometimes even before the Pixel lineup. The OnePlus 8T has an Android 11 based Oxygen OS out of the box, while the Mi 10T Pro is based on MIUI 12 which is still on Android 10. Oxygen OS gives users a more stock Android feel while MIUI is heavily customized by Xiaomi.