One day with the Yu Yutopia: A performance comparison 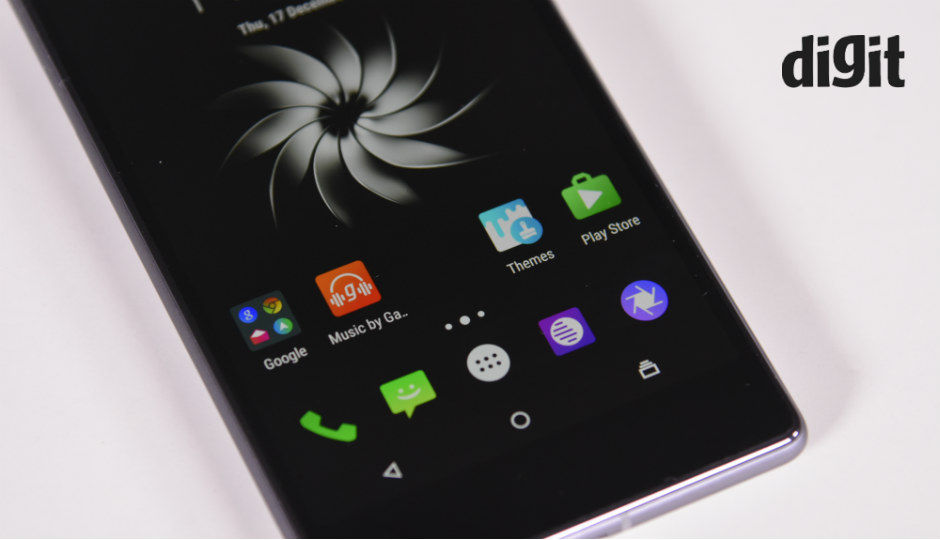 Micromax’s Yu brand is well past the first hurdle. Going by the reactions from our own community on Facebook, the YU Yutopia(₹ 7310 at amazon) is already a popular device. Selling the phone, though, is a different story altogether. By now, I have spent a day with the device and can give you a few more insights on what the phone is, and whether it is worth the hype and buzz. Call this a preview of the review, if you will. I won’t yearn to tell you whether this is a phone that you should buy just yet, but what I’m very sure of, is that the YU Yutopia is a very good example of why specifications don’t make the phone any longer.

Why, you ask? Let me explain.

Performance
In general, the performance of the YU Yutopia is what most would call good, but if you’re looking for a flagship killer, then this is not it. Well-known Kishonti Informatics, which is responsible for the GFXBench GL Benchmark, recently introduced a Car Chase benchmark in its application. The new test is designed to showcase and test the features of the Android Extension Pack. The Sony Xperia Z5, which also runs on the SD810, can run this benchmark fully, with its 3GB RAM, and so can the Huawei Nexus 6P. The YU Yutopia, though, with the SD 810 and 4GB RAM, runs out of memory seconds into the test.

This brings me to the real problem with the Yutopia — it’s software. CyanogenMod, which used to be the highlight of Yu’s smartphones, is the biggest deterrent here. It’s buggy, and comes in the way of the phone being the out-and-out performer you expect it to be. And that is where the OnePlus 2 outdoes this phone. While the OP2 had its fair share of bugs and glitches, OnePlus has done a lot of background software work to improve graphics performance and battery life on the phone.

It’s not that the YU Yutopia is weak. The Manhattan 3.0 test in GFXBench, which is meant for older devices, still yields good results. It's just that the number of frames rendered are about half of other flagship devices that this phone claims to be better than. I’ll also take this opportunity to point out the difference between Android and iOS. The two-year old iPhone 5s still yields much better results than all the phones I compared.

"Most would call it good, but if you’re looking for a flagship killer, this is not it"

How does this affect you?
To be honest, the benchmarks do not affect you at all. What will, though, is the bugs and glitches of Cyanogen OS. The phone froze twice while I was setting it up, and the first time I booted Need For Speed: No Limits, it couldn’t figure out what the right orientation would be, because of which the screen started flickering as the content on the screen went from one orientation to another. The video below shows exactly what happened.

There are other bugs, too. For example, the phone froze once while I swiped to the AroundYu screen, and the fingerprint sensor has failed to read my fingerprint over 80% of the time. In addition, the on-screen home, back and multi-tasking buttons refuse to pop-up while I’m inside apps that take over the entire screen.

Another aspect of the software that I don’t like is the vertical scrolling app drawer. On Android Marshmallow, the search bar on top of the app drawer makes all the difference. Cyanogen’s decision to get rid off that makes the app drawer irritating. You can skip to various section using the list of alphabets at the bottom, but it’s really not usable.

Camera
What I’m absolutely certain about, though, is that the YU Yutopia has a fantastic camera. The images, despite being somewhat desaturated at times, are really sharp and are very good with the details. Under bright sunlight and ideal studio conditions, the images are great, while indoor tubelights give it a tougher time. The phone is also quite good with low light imaging. While it can't avoid noise, it does well in making images brighter. The IMX230 sensor from Sony has been used in a bunch of phones before this, but not many have done this well with it.

The only complaint about the camera is that it’s slow to focus and process images, compared to today’s milli-second standards.

"The Sony IMX230 sensor has been used in a bunch of phones, but not many have done this well"

A little birdie told me…
I’ll be honest, I’ve spent less than an hour listening to music on the House of Marley Little Bird in-ear headphones, and I find them a little bass heavy for my taste. The overall sound quality, though, is better than any other headset that you find packed within a smartphone’s box.

A day with the YU Yutopia..
My first impressions of the phone haven’t changed yet. The YU Yutopia is a good device, the AroundYu feature is innovative, and the phone has potential. It is definitely not the world’s most powerful smartphone, though, which you probably have guessed already.