Nokia 7 Plus first impressions: HMD Global might have a 'solid' winner in its hands

If 2017 was all about Nokia's reincarnation, then this year will be when HMD Global-backed Finnish brand consolidates itself. Which is what I took away from the launch of the new Nokia phones in India. While Espoo's debut last year was hindered by unrealistic pricing and backdated specs, it seems Nokia has listened to the feedback this time around and the result is the refreshed Nokia 6 (2018), Nokia 7 Plus(₹ 15999 at flipkart) and the gorgeous Nokia 8 Sirocco. Among them, I managed to get hold of the new Nokia 7 Plus today and played around with it for some time. Based on my initial impressions, the Nokia 7 Plus scores high on build quality and ease of use, but loses out on ergonomics.

Knowing Nokia’s product philosophy of superior craftsmanship, real life experience and providing pure Android, the Nokia 7 Plus ticks all the boxes. But is that enough to convert to people buying the phones? That remains to be seen.

The Nokia 7 Plus is built to last. It may not be as ergonomic as phones like the Moto X4, but it’s solidly built. The phone is carved out a single block of aluminium and holding the phone, you will know how solid it is. It also has got a bit of heft to it. What’s appealing is the copper band around the edges which sets it apart from the rest of the competition. 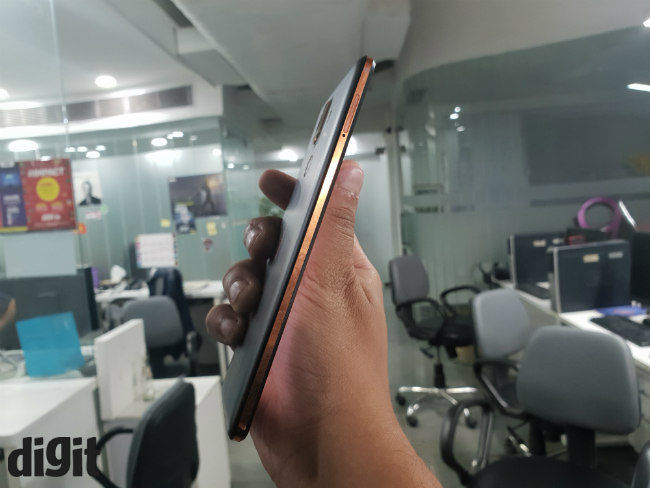 The edges are however quite sharp and digs into the palm. Despite having the taller 18:9 display, the Nokia 7 Plus has distinct upper and lower chins. I wouldn’t call it a bezel-less phone in any way. Turn it around and Nokia’s attention to details become apparent. The metal body is polished to the point that it feels like ceramic. Yes, the back is super smooth but is also smudges very easily. I quite like the raised edges around the dual camera module which again is lined with the distinct copper finish. The black and copper colour combination suits the phone and I have a feeling, you might like what Nokia has done with 7 Plus.

The Nokia 7 Plus is HMD Global’s first phone with the 18:9 display. The display stretches all the way to the edges but leaves a lot of space at the top and the bottom. It’s a good thing, in my opinion as it becomes distinctly different among phones with a display notch. You know you have an option in case you haven’t fallen for the new trend. HMD has used an IPS LCD panel of full HD resolution which stretches to 6 inches diagonally. 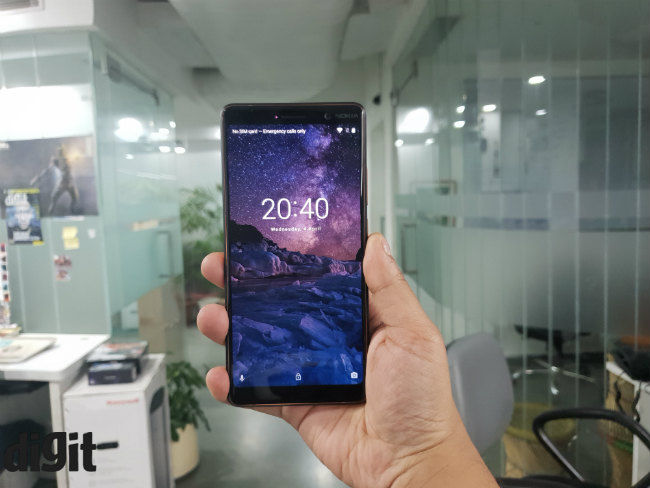 There’s also Corning Gorilla Glass 3 on top. Thanks to the extra space on the top and the bottom, the phone feels quite large and so does the display. It’s still quite difficult to use it one-handed. For the short time that I used the phone, I felt the panel is bright and vibrant, but nothing too fancy. There’s ample brightness and the viewing angles are quite wide.

The Nokia 7 Plus is the first phone to use the Qualcomm Snapdragon 660 chipset in India. It’s more akin to the older Snapdragon 821 flagship which means you get the custom Kryo cores which converts to better performance. That, coupled with 4GB of RAM and pure, stock Android means operating the phone is super fluid and slick. I didn’t see any stutter or lag and the apps that came pre-installed opened without much of a delay. We will be stressing the phone out while reviewing, but rest assured, this is one of the better hardware implementation by Nokia. HMD’s lineup last year was quite underwhelming, as far as the spec-sheet was concerned. That seems to have been corrected this time. You also get 64GB of onboard storage and a hybrid SIM slot means you can expand it up to 256GB at the cost of the second SIM card. There’s also support for Nokia’s spatial audio which uses three mics to record sound with minimal distortion. There’s a 3,800mAh battery which HMD claims can last up to two days of normal usage. We will put that claim to test in our review, of course. 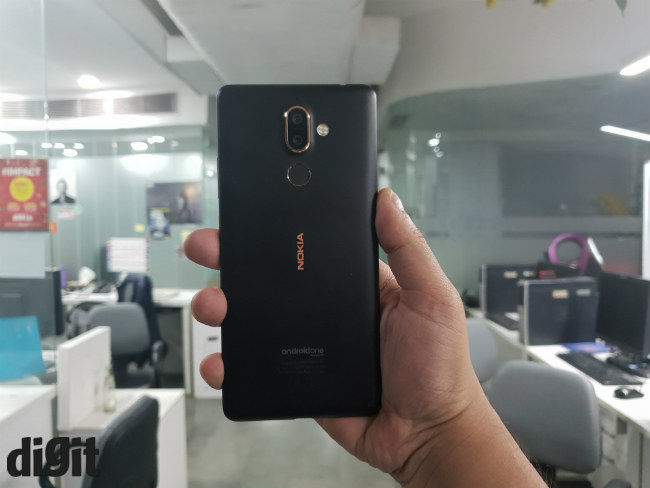 The phone is part of the Android One Programme which means it runs on pure, vanilla Android 8.1. HMD has promised monthly security updates (sometimes even before the Pixel phones) and an upgrade to Android P when it releases. The choice of not tampering with the stock Android interface scores a lot of points in my book as it doesn’t use up most of the resources, meaning that when the going gets tough, this won’t start stuttering.

The Nokia 7 Plus sports a dual camera setup at the back while on the front is a 16-megapixel shooter. HMD renewed the partnership Nokia had with Zeiss optics and the 7 Plus is one of the first crop of Android phones to use Carl Zeiss lenses. There’s a 12-megapixel wide-angle lens combined with a 13-megapixel telephoto lens that can be used to get 2X optical zoom and bokeh effects. 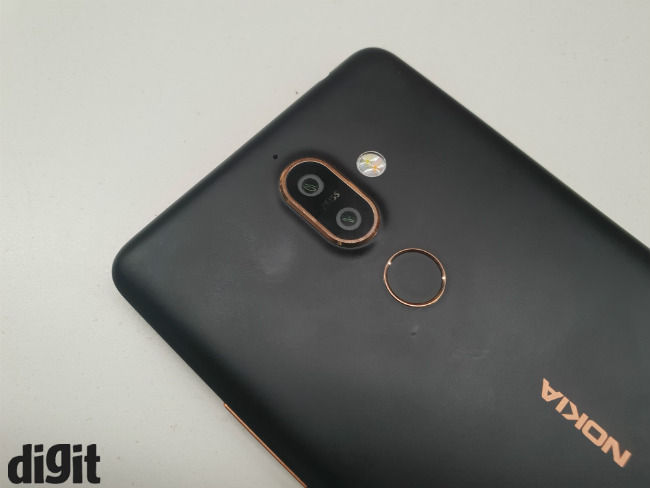 Based on the few shots that we took, the Nokia 7 Plus seems quite capable of taking good photos. While it is in no way a verdict, the photos seems to be quite sharp with the details preserved quite well. The bokeh mode might not be as appealing, but it does the job. What’s impressive is the new Nokia Pro Camera app, which is something old Nokia users will love. The app was used in the Lumia devices and was lauded for its ease of use and advanced features. All that has been carried over and the results are quite impressive. The phone can also fire all three cameras simultaneously for the signature Bothie shots. You can also use the camera app to livestream on Facebook and YouTube directly.

This is where things get interesting. Based on the spec sheet alone, the Nokia 7 Plus seems a tad overpriced. At Rs 25,999, the Nokia 7 Plus will directly compete with the new Oppo F7 and the Moto X4. It’s build quality and craftsmanship somewhat justifies the price but there are other options to go for. If you love the notch and love taking selfies, you will be attracted to the Oppo F7 while those looking for a premium glass design and a different dual camera approach will dig the Moto X4. The Nokia 7 Plus fits somewhere in between delivering superior build quality and a promise of reliability.

The phone will be available on Amazon India and Nokia Mobile Shop, HMD’s dedicated e-commerce store and also across select offline retail channels. You can pre-book the phone on April 20th and it will go on sale on April 30.