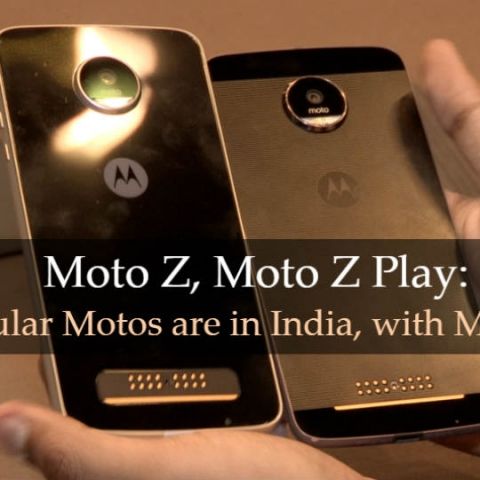 LG has admitted that its modular concept for the G5 failed, Google pulled funding from Project Ara, but Lenovo and Motorola are still going strong. You’ve seen the modular concept on the Moto Z and I daresay Motorola’s approach is better than any that we’ve seen. However, much like the others, the success or failure of the concept depends on its limitations.

Motorola’s take on modularity seems more confident than LG’s did. The company confirmed that it’s already working on the 2017 version of this phone, and that the 2018 variant is under ideation right now. In contrast, LG has already admitted that its modular concept failed to impress users. Will Moto by Lenovo do what Google and LG failed at?

Well, the execution is definitely impressive. The Moto Mods really do snap on effortlessly. They’re all hotswappable, and the software connect between the mods and the phones are extremely seamless. What’s even more promising is that the transition was as seamless on the weaker, Snapdragon 625-powered Moto Z Play. Of course, I’m yet to ascertain the seamlessness on a fully loaded Moto Z or Moto Z Play.

Like I said before, though, it’s about the limitations. The Incipio battery mods and Hasselblad’s camera mod show that both the battery and sensor are swappable on this phone. Moto says, theoretically, even the storage is accessible to third parties making mods for this device. Let’s face it, though, true functionality is possible when you can change the RAM and processor, isn’t it? Can you truly keep pushing the boundaries with fixed RAM and processing power? Can a prospective future VR mod be supported by the Snapdragon 625? Fortunately, Motorola also confirmed that one can create an extra memory mod for the Moto Z. 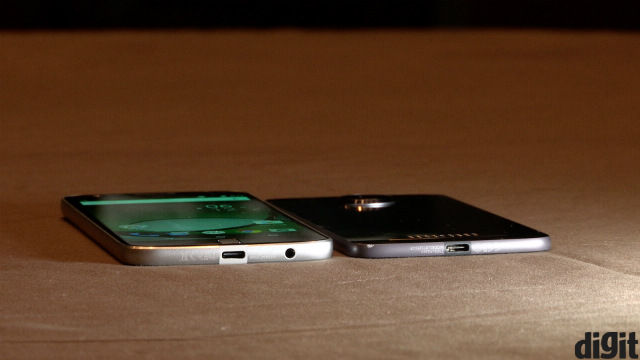 The modular concept sounds very good. You buy a phone today and keep improving it over time, but one needs to know its limitations before committing. The good thing is, Motorola seems to have made almost all the right decisions,and the developer efforts are also encouraging.

The Moto Z and Moto Z Play are built for modularity. The former is the slimmest phone in the world, not because slimness matters, it’s because the mods will be thick. At 5.19mm, Moto is trying to control the maximum thickness that can be achieved. Both the phones are also quite fingerprint intensive, but Moto doesn’t care, because you’re supposed to put a snap-on case or some other mod on it any way. The Moto Z Play has a glass back and can still be used as a standalone phone, but you’ll almost certainly want a mod for the Moto Z. 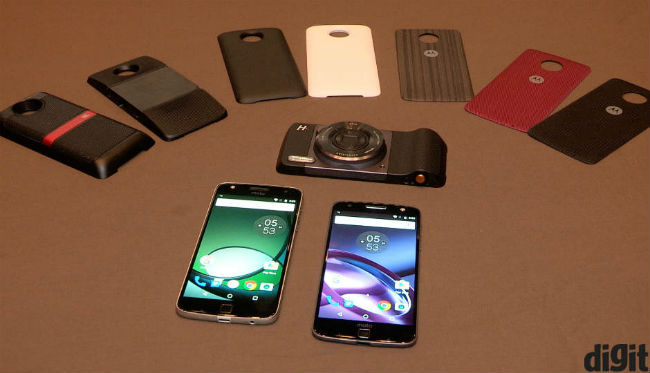 Similarly, the camera protrudes out, quite uncannily. But the mods will make that look right, too.

And the mods themselves seem very functional. The JBL Soundboost is quite loud, if not particularly for the audiophile. The projector mod is meant for those who consume a lot of video on their phones, and in a dark room, it does seem usable. The only mod that was somewhat disappointing was the Hasselblad true zoom mod. While it does do the optical zoom bit fine, the camera quality itself doesn’t seem justified at its price. 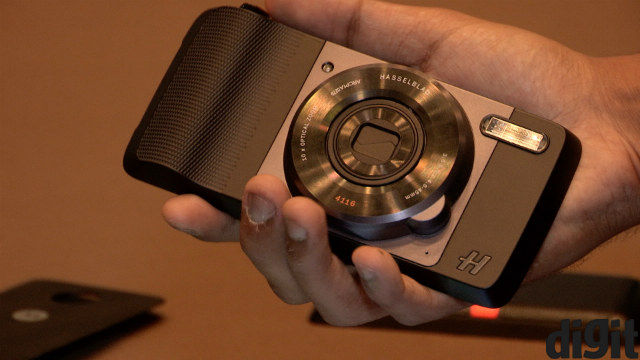 The Moto Z and Z Play are pretty much like any of the best Motorola phones till date. They’re smooth, even the Snapdragon 625-powered Moto Z Play. Even on first impressions, the Asus Zenfone 3, which runs on the same SoC, was visibly slower.

I can’t really tell you whether or not to buy a Moto Z without reviewing it. The prices are indeed high and Motorola is betting on modularity as the USP that makes them worth it. What I can tell you is that these are phones for those who appreciate innovation, and are willing to pay for it. They may not be the most value for money phones, but they are a welcome break from humdrum everyday smartphones.