It has a 5.5 inch 1080p display, a noticeable update from the 720p displays we've seen since the original Moto G. That said, if you were expecting a Moto X Play level display, this isn't it. In the Moto X Play and Style, Motorola somehow made an IPS display almost as warm and nice as its own AMOLED panels. In the Moto G4 Plus, colours don't pop and it's a tad reflective even. 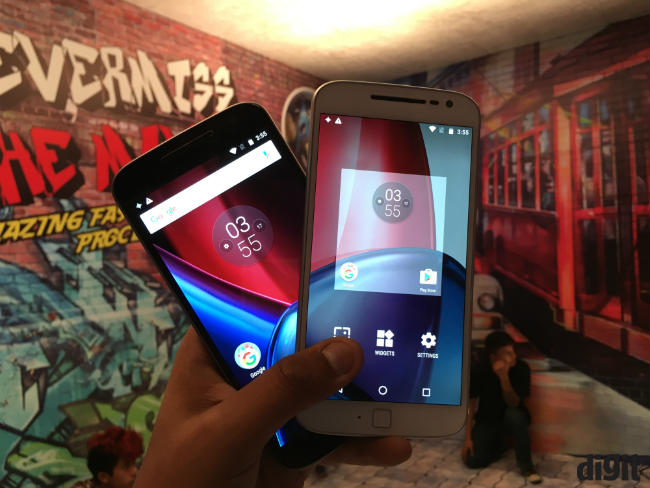 The major update of course, is in the camera. There's a 16MP shooter on the back, with both laser auto-focus and PDAF, and Motorola claimed that it's better than the iPhone 6 Plus. I'll hold my judgement on the quality till the review, but it's definitely not the fastest camera out there. There's considerable processing time involved and the camera app launches slower than older Moto G phones. This is perhaps because it now has added features, like HDR, Pro Mode and best shot, which make the app heavier. The lighting at the launch event were not well suited to taking good shots, but suffice to say that this one will be able to satisfy most users, at least under sunlight. Motorola has used an Omnivision sensor for this smartphone.

Another big addition is the fingerprint sensor, which sadly, doesn't make it to the Moto G4. Placed on the front, the fingerprint sensor on the Moto G4 Plus is square shaped, and feels new, if not weird. It has a ridged design, which feels unnatural to me, and while it's not a button, you can use it as one, to light up the screen or close an app. Also, the noise cancelling mic next to the sensor is frankly, an eyesore. 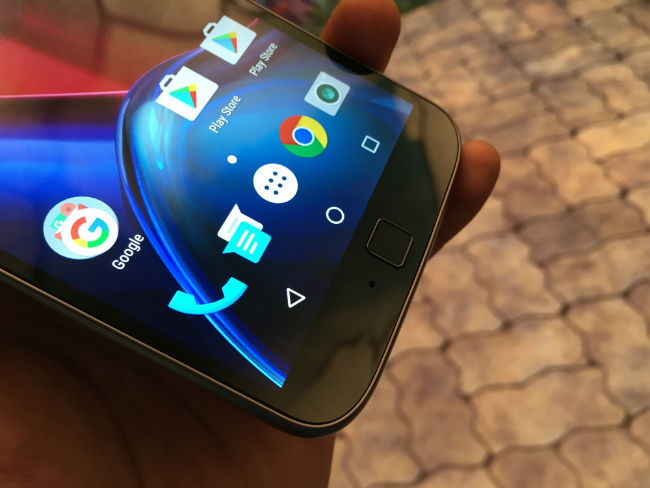 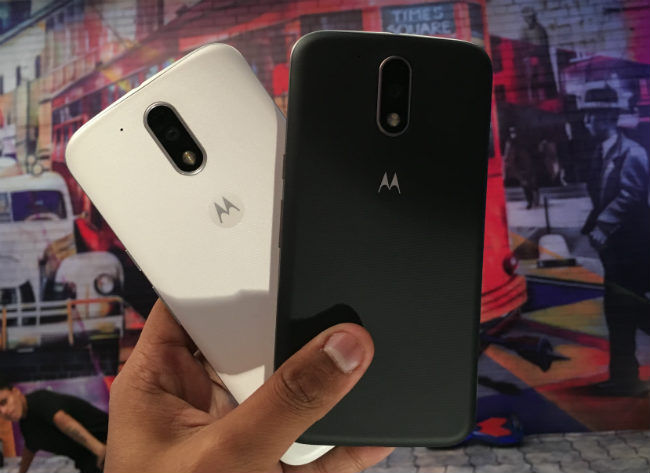 The elephant in the room is the lack of water proofing. It's a feature that Motorola itself brought to the budget segment and has now done away with. Why? Perhaps to reduce cost. The nano-coating still remains, though, but your phone is water resistant, only.

Driving the device is a Snapdragon 617 SoC, which has proven its capabilities on the HTC One A9. That said, in the 20 odd minutes I spent with the device, the Moto G didn't feel as smooth and fluid.

This brings me to a big question. At Rs. 13,499, the Moto G4 Plus is placed, squarely, in competition with the Lenovo Zuk Z1. Having reviewed that one recently, I can attest to its performance, and the Moto G4 Plus is nothing like that. Except the fact that the Snapdragon 617 is a 64-bit SoC, there's literally nothing the Moto G4 Plus has, that the Zuk Z1 doesn't.

Moreover, the Zuk Z1 provides 64GB storage and 3GB of RAM at Rs. 13,499. The Moto G4 Plus gives you 2GB RAM and 16GB storage at this price. It has expandable storage, but the age of 16GB phones is now coming to an end. Internal storage is just faster, and much more important.

I agree with the Moto philosophy. A meaningful addition is more important than specs, as is the user experience. The new Moto G has a couple of those, in the fingerprint sensor and camera specs. The Snapdragon 617 is a far better choice than the Snapdragon 400, 410 and 615 that have run on Moto G's before. Incidentally, the Snapdragon 617 is roughly as powerful as the Zuk Z1's Snapdragon 801. The ifs and buts remain because the Moto G Plus, though an upgrade over Moto Gs of the past, seems a mile behind phones like the Xiaomi Redmi Note 3 and LeEco Le 1s. It seems like Motorola took two steps forward, but one step back.

To reiterate what I said at the beginning, the Moto G4 Plus is Motorola accepting market trends, but refusing to give up its own philosophy. Lenovo's involvement is evident, especially in the camera app. On first look, the biggest downside to the Moto G4 is its design. Interestingly, Motorola was once known for its design, even with the Moto Gs and Es. My first impressions of the Moto G4 Plus leave me unimpressed. A company that was at the pinnacle of the Android experience, has fallen far behind its competitors, and sadly, refuses to accept it. The Moto G4 Plus is an upgrade over earlier devices, but is it enough?

Jio Phone Next features and launch date: Everything you need to know
Every phone confirmed to launch with the Qualcomm Snapdragon 8 Gen1 chip
Xiaomi 12, RealMe GT 2 Pro and Moto Edge X30 will be powered by the Snapdragon 8 Gen 1
OPPO’s Upcoming Flagship Smartphone Will Be One of the First to be Powered by the Premium Snapdragon® 8 Gen 1 Mobile Platform
OnePlus 10 Pro will be one of the first Snapdragon 8 Gen1 powered phones: Report
Advertisements