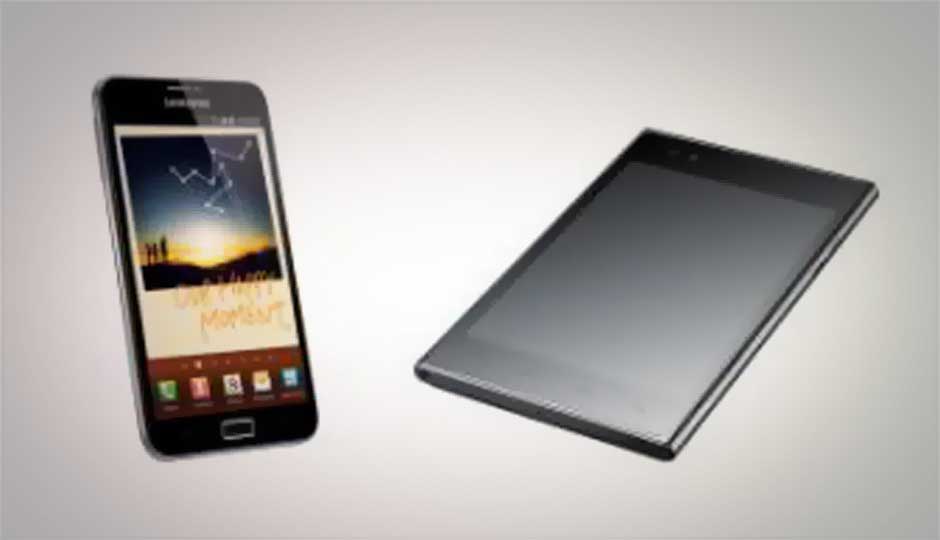 The Samsung Galaxy Note isn’t the lonely ranger in the smartphone/tablet hybrid market anymore. LG has announced the Optimus Vu, a 5-inch touchscreen hybrid, a week before MWC kicks off.

Apart from the large display, the Optimus Vu has a 1.5GHz dual-core Snapdragon processor, 1GB of RAM, 32GB of internal storage, 8MP rear shooter, a 1.3MP front-facing cameras and an HDMI port. The device also has a 2080mAh battery and will run on Google’s Android 2.3 Gingerbread OS (Upgradable to ICS).

The Samsung Galaxy Note on the other hand has a 1.4GHz dual-core Cortex-A9 processor, 1GB RAM, 16/32GB internal storage, 8MP rear shooter and a 2MP front-facing camera. The device also has a 2500 mAh battery, and runs on Google’s Android 2.3 Gingerbread OS with the Samsung TouchWiz UI v4.0 (Upgradable to ICS in the coming summer).

The LG Optimus Vu is 8.5mm thin making it thinner than the Note by 1.2mm.

On paper, the LG Optimus Vu seems to be a worthy contender to the Samsung Galaxy Note but the street performance is something that will be seen once the device launches.

Smartphones in the Samsung lineup from the Galaxy S II and beyond will receive the Android ICS update sometime this summer.

Below is an in-depth look at the specifications of both, the Samsung Galaxy Note and the LG Optimus Vu.