Listening to LG talk about the LG G4, I’m reminded of a certain Taiwanese company called HTC. Both these companies have made some of the most critically acclaimed devices, but failed to elicit much consumer interest. There’s a reason for that, and while talking to LG’s distributors here, it quickly becomes evident that the company has no interest in actually selling the G4. Sure they’ve hired Amitabh Bachhan, but on the ground, distributors tell me they receive no targets from LG for selling units of the LG G4. The company simply gives them the devices and hopes that people buy them. Which brings me to the price. Rs. 51,000 is ideally not a bad price considering its competitors, but again, this is a highly price sensitive market. In addition, the price of the Galaxy S6 has already dropped to below 45k. Will LG do the same? Going by what it has done in the past, no. The company will stick to this price in the near future and end up selling next to nothing.

Moving on to the device then; the LG G4 to me is LG doing what it does best, again. When the G3 was launched, the company was almost apologetic for not being able to add metal to its devices. This time around it’s leather, perhaps to ensure that the G4 still looks different than other smartphones. And it does too. Like it or not, the LG G4 looks original, and there will be no ‘copied’ allegations here. Yes, the leather on the back feels more or less like plastic, which is a major bummer, but I’m willing to ignore that for a phone that has a personality of its own. 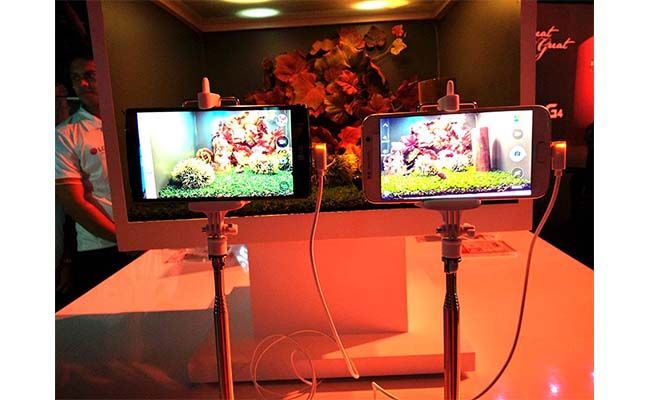 My biggest problem though is this. Where did that amazing form factor of the G3 go? The LG G4 actually feels quite big. LG setup the G4 next to the Galaxy S6 in its demo zone. While the idea was to demonstrate the Color Spectrum detector on the G4’s camera, it really demonstrated how big the G4 is. Don’t get me wrong, it’s not oversized, but with the curve and 5.5 inch display, it seems like a really unwieldy device, especially when trying to use the rear buttons. Of course, this is just my first impression and I may have a different opinion after using this phone for a few days.

Talking about the camera, the 16MP laser autofocus rear camera is something LG is really playing up. It’s fast, almost as fast as the Galaxy S6 even, but in this dim and uneven lighting, the noise cancelling algorithm seems to be softening the images. I’m not going to pass a judgement on the camera, not without actually testing it, but on first impressions, I’m not exactly impressed. Considering the LG G3’s truly amazing camera though, I’ll wait for my review device before passing a real judgement on this camera. 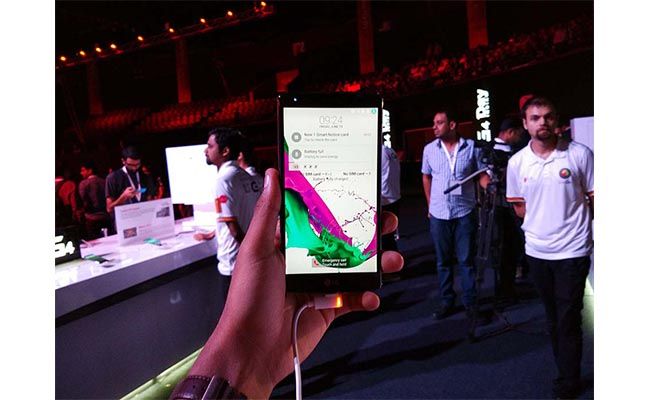 What I really like is the display. The 2K display is bright, sharp and really good with colours. It’s no AMOLED display though, the colours don’t pop and the oversaturation that many seem to really like is missing. Still, I’m impressed. The G4’s display seems really balanced and accurate. The LG G4 runs on a Snapdragon 808 processor, which is all I can tell you about the performance right now, and I’m not really holding my breath on this one either. What I will tell you though is that LG and Amitabh Bachhan, and the company’s distributors tell two different stories. The G4 is a good device, it’s also a unique device, it may even have a really good camera, but will you buy it? Now that has been the question that's hounded LG forever, hasn’t it?