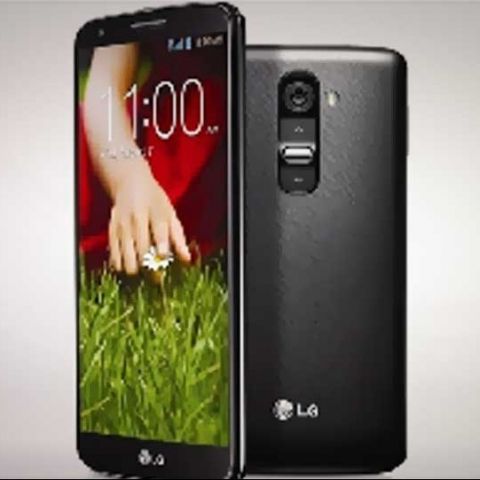 Just as Sony did not waste too much time in getting the Xperia Z1 to India, after the global launch, LG decided that it shouldn’t take the upcoming Diwali shopping frenzy lightly. Hence, India today saw the official launch of the LG G2. Conspicuous by its absence is the Optimus branding, which we presume is the precursor to two brand families running in parallel, at least for some time in the future. Coming back to the G2, it seems LG is like a company looking to make up for lost time, and really, it couldn’t do that anymore with a phone that was lagging in terms of specs.

The LG G2 packs in a Qualcomm Snapdragon 800 quad core processor clocking at 2.2GHz, with 2GB of RAM. Unlike most other rivals which only bring in the lowest spec version of their smartphone at a certain price point to India, LG offers the 16GB and 32GB of internal storage options with the G2, but unfortunately, no microSD card slot for memory expansion. The device comes preloaded with Android 4.2, and packs in a 3000mAh battery, pretty much in line with the recent Sony Xperia Z1.

In terms of the specifications, the G2 is sporting the Qualcomm Snapdragon 800 processor, which will be right at the top in terms of performance. In this particular case, give or take a couple of points in each benchmark test, but that’ll be just for the pedantic ones to bother about! The performance will be blazing fast, no matter how much you load the phone. However, it will be interesting to see how much, if at all, the phone heats up when stressed. We have had mixed examples till now - the Z Ultra didn’t heat up, but the Xperia Z1 does.

Among the traditional flagship smartphones, not considering the “phablets”, the 5.2-inch display on the G2 is the biggest, by a margin. Whether that is a good thing or bad thing will depend on your usage preference and comfort with big phones. It is fairly standard for phones to now have 1080p resolution displays, but the IPS panel in the G2 should hold it in good stead with more realistic colours being reproduced on screen.

Unlike Samsung, which only launches the lowest spec storage version of its flagships in India, LG has offered the option of the 16GB and the 32GB variants. Even more critical, because there is no slot for memory expansion. But, it is good to see LG giving Indian consumers the option, and the respect for being sensible enough to make a smart choice, rather than be spoon-fed.

At this price, we believe LG have put the G2 into the battle ring with a rather solid base. It is pretty much in the range of what the other flagships are selling for in the market, approximately. For this kind of hardware and potential, the price is fully justified, and should make this a rather attractive option to consider.

You can check out the detailed comparison of the flagship Android phones in this table. Stay tuned for the detailed review of the product.