Lets face it. Smartphones will get smarter, thinner, fatter, bigger, smaller and go through a plethora of changes under the hood, get a better camera, fingerprint sensor and will one day be able to make coffee for you. But what’s the point if you need to carry a power bank or run to a wall socket to charge the phone at 3PM? That’s exactly the problem Lenovo has tried to address with the launch of the Lenovo Vibe P1 and P1m. The Vibe P1 comes with a 5,000mAh battery while the P1m comes with a 4,000mAh battery. Here is what we thought of the two smartphones when we got our hands on them at the launch event. Lets kick things off with the Lenovo Vibe P1.

The Lenovo Vibe P1 is priced at Rs. 15,999 and what you get for the price is pretty impressive, on paper at least. The Lenovo Vibe P1 comes with a 5.5-inch Full HD display with Corning Gorilla Glass 3 Protection. Under the hood it has a Qualcomm Snapdragon 615 SoC coupled with 2GB of RAM. Straight out of the box, the device runs on Android Lollipop v5.1 and has Lenovo’s own UI overlaying it. Sticking with the UI, there is no app drawer. We have seen this iPhone like UI implementation on a number of devices such as Xiaomi’s Mi smartphone series and even the Honor 7.

Coming back to the specifications of the Vibe P1, it has 32GB built-in storage expandable up to 128GB via a microSD card. The rear of the smartphone has a 13MP camera and the front has a 5MP camera. The phone also has a fingerprint sensor. Impressed? We still haven’t gotten to the best part. The smartphone also has smart PA technology with a dedicated audio chip that boosts audio output making it loud enough for a group conference call. A 5,000mAh battery powers the smartphone. The Vibe P1 not only boasts of fast charging but can also charge other smartphones. You’d think that this is possible via USB-C but I’d like to tell you that the smartphone has a micro USB port and the ability to charge other smartphones works via OTG.

Coming to the build of the Vibe P1, it is quite premium considering the price you pay. The front of the Lenovo Vibe P1 is simple and below the display we have the fingerprint sensor that is very reminiscent of the OnePlus 2. Moving to the back, we have an Aluminum body. Looking at the camera might remind you of the HTC One M9 or the One M8 and that isn’t a bad thing. 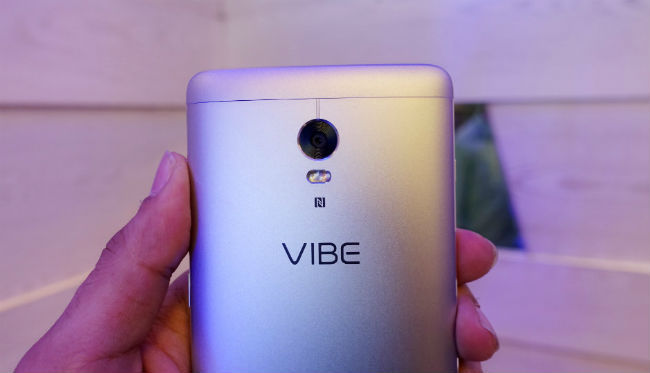 Overall, for the price you pay the Lenovo Vibe P1 is very impressive, but we will hold onto our final judgment when we get the smartphone in for review.

Moving on to the Lenovo Vibe P1m, the smartphone is priced at a mere Rs. 7,999 and to maintain the low price point the smartphone has made a few compromises. We will get to that in a bit. Lets kick things off with the specifications of the P1m.

The Lenovo Vibe P1m comes with a 5-inch HD display. Under the hood, the P1m has a MediaTek MT6735P SoC coupled with 2GB of RAM. The device runs Android Lollipop v5.1 and has Lenovo’s own UI overlaying it. The smartphone has 16GB built-in storage expandable up to a mere 32GB via a microSD card. The rear has an 8MP camera with a 5MP front facing camera.

The P1m also comes with a P2i nano-coating making it splash proof. So you can’t take the smartphone swimming with you, but if it gets wet in the rain, you don’t need to worry too much.

The P1m houses a 4,000mAh battery and just like its sibling, the P1, the P1m can charge other smartphones via the same OTG charging feature. The P1m ships with 10W fast charging straight out of the box.

Even thought the P1m showcases some good specifications, it’s the build quality where the device suffers. It is plastic and the unit we got felt a bit like a toy. Yes, to maintain the price point, Lenovo had to make some sacrifices and whether these were acceptable sacrifices is something we will tell you in our full review. 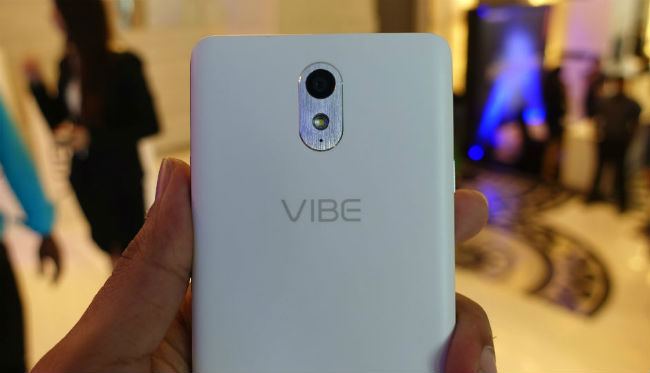 The performance of the camera on the Lenovo Vibe P1 and the P1m is also something we will tell you in our full review, as we didn’t spend too much time with the device at the event.

If you are looking to get your hands on the Lenovo Vibe P1 or the P1m here are the launch details. Registration for the P1m will open on 21st October 2PM and the first sale will be on 28 October 3PM. The Vibe P1 on the other hand will go on sale from the 27 October midnight. Both the device will be available exclusively on Flipkart. 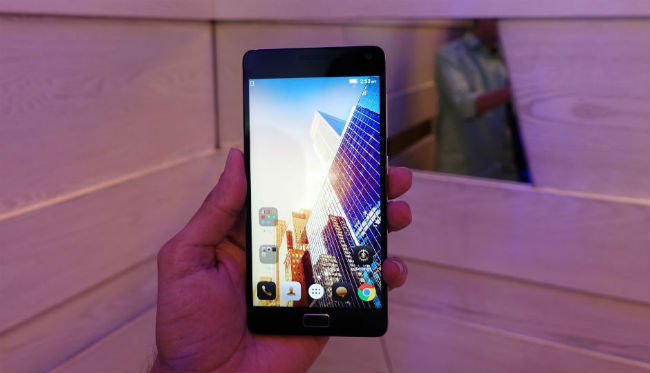 Watch our First Impression Reviews of the Lenovo Vibe P1 and P1m below.