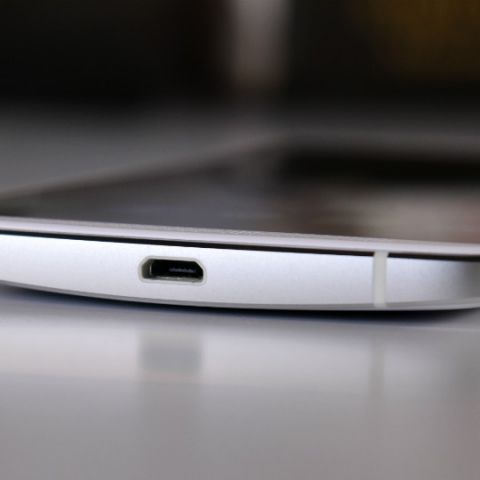 The Lenovo Vibe X3 embodies everything Lenovo has learned from Motorola and on its own, bringing a very likeable smartphone.

The recent success of the Lenovo K3 Note smartphone has pushed Lenovo to an enviable position in the Indian market and the company’s been riding the success ever since. That, combined with Motorola’s influence has given a new meaning to Lenovo phones — something the company’s been lacking ever since it started making smartphones. While the new Lenovo Vibe K4 Note improves on its predecessor, the Vibe S1 is arguably the best looking smartphone in the sub-20k price range. All that work though has been leading up to this next device, the Lenovo Vibe X3, the company’s flagship smartphone.

The Vibe X3 runs on a Snapdragon 808 SoC and has a 21MP camera on the back, combined with a 5.5 inch FHD display, fingerprint sensor and all the other jazz. It’s not been launched yet, so we don’t know the pricing, but Lenovo may charge between Rs. 25,000 and Rs. 30,000 for this device.

Having used this phone for about three days now, it seems it may work. The focus on the Vibe X3 is on the user experience, something Motorola has excelled in, while keeping the specifications to a competitive level, if not at the absolute high-end, which is more the Lenovo way of doing things. Together though, it makes for an attractive package.

Simply put, the Lenovo Vibe X3’s performance lies squarely between a OnePlus 2 and HTC One A9. While the latter takes a stab at brute force, the One A9 is a more user experience centric smartphone that takes care of the important tasks well. For regular activities, the Vibe X3 is a treat to use. Over the past two days, the phone has not suffered from a considerable lag even once, except during gaming.

In resource intensive games, like Marvel: Contest of Champions and Star Wars Uprising, the phone shows a big lag at times, but is largely smooth and powerful. Combined with the fact that it takes quite a bit of effort to heat up this phone, gamers won’t really be disappointed.

What you will be impressed with though is the multi-core performance on the Vibe X3. The hexa-core processor on the Snapdragon 808 has been put to very good use, ensuring no stutters. The focus is not on delivering the absolute performance beast, but to make a phone that gets the job done. I can only wish that this phone came with Android Marshmallow out of the box, improving the performance even more.

While the performance of the Lenovo Vibe X3 is good, it really earns its money through the battery life. While Lenovo markets a 3500 mAh battery, the phone is actually powered by a slightly larger battery, to the tune of 3550 mAh. Unlike the performance, the Vibe X3 blows both the OnePlus 2 and HTC One A9 out of the water when it comes to battery life. Foregoing benchmarks for the time being, I’ll explain this one in terms of real world usage.
On Saturday, I went out of my home, with the Vibe X3 on 67% battery, at 6pm. When I returned at around 11pm, the Vibe X3 was on 36% battery. This included about half an hour of navigation on Google Maps, about half an hour of web browsing, exactly five phone calls and a lot of text messages on WhatsApp. All this was done with the screen’s brightness turned to 100%, which is something I do with any phone that I use. Most people won’t turn up the brightness to 100%, meaning you can get much more battery life out of your phones than I do.

To explain the battery life more, the Vibe X3 was on 100% battery, at 10.30am today. I played a game on it for about 10 minutes, followed by a bunch of decently sized downloads, about 15 minutes of browsing news online and a total of 15 phone calls. At 3.30pm, the phone was on 81% battery, but I hadn’t played games on it till then. At 6.30pm, the phone was still on 36% battery, and going by the performance in the last two days, the Vibe X3 will easily last me till around 9pm.

Considering the fact that the phone’s brightness has always been turned to 100%, it’s commendable that the Lenovo Vibe X3 can last you a full day easily. In fact, for most users, this phone will get you past a day, meaning you don’t need to worry about having a portable charger on you all the time.

I’ll take a few more days to pass a verdict on this smartphone, but in the past three days, I’ve loved using the Vibe X3. It’s size is somewhat of an issue, but I’m one of the few remaining users today, who still wants their phone to be actually pocket sized. The Lenovo Vibe X3 embodies everything Lenovo has learned from Motorola and its own experience in various markets. It’s likeable and priced right, can be recommended over a lot of its competitors.