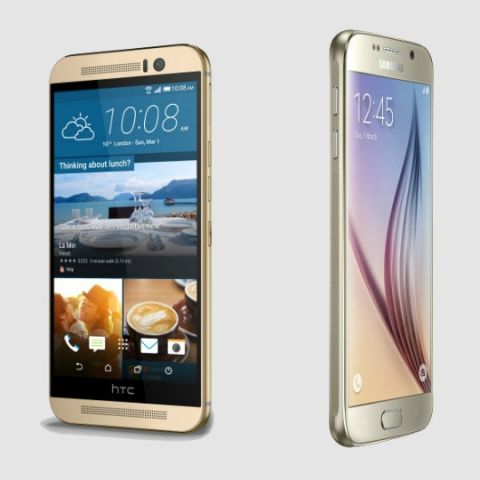 HTC and Samsung both unveiled their latest flagship smartphones last night, the HTC One M9 and the Samsung Galaxy S6. Both phones are are highly capable and top of the line. We take a quick look at the specs and compare both phones on what they bring to the table. Let's take a look:

From the specs we can see that both phones have octa-core processors, 3GB of RAM and a unibody design. While HTC is known to be the benchmark in metal unibody design, Samsung is relatively new to this design.

The HTC One M9's new 20MP camera lacks the OIS feature of the Samsung Galaxy S6's 16MP camera. Samsung has also moved on to a 2K display whereas the HTC One M9 has stuck to the basics with a 1080p screen.

Both phones are expected to hit Indian markets in a couple of months and are expected to be priced above the Rs. 40,000 mark. We will be reviewing the phones thoroughly as and when we manage to get our hands on them.