Honor 9 Lite vs Honor 7X vs Honor 9i: The brothers fight it out 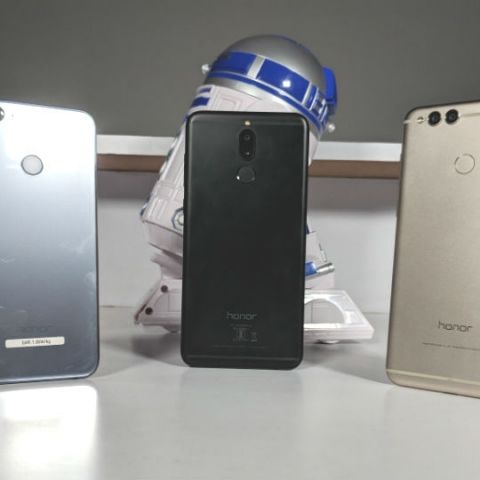 Honor has been at the forefront of fueling Huawei’s success in India. The Chinese stalwart witnessed an astounding growth of 165 percent in 2017 over the previous year and it’s primarily because of Honor’s offerings across the budget and mid-range segments.

Huawei, or Honor, as a matter of fact, are no stranger to a high reputation. Huawei is actually the second most popular smartphone brand in the world, right after Samsung. It also holds the numero uno position in its home market in China.

In India, Huawei’s e-brand Honor has made a name by giving flagship-grade features at extremely affordable prices. The company launched the Honor 9i, the Honor 7X and recently, the Honor 9 Lite. All three phones fall under the 10k-20k category, but are aimed at different types of consumers.

Incidentally, all the three phones are powered by the same processor and all of them have the same amount of RAM and storage. So what really separates the three? More importantly, who should buy what? We have the answer. 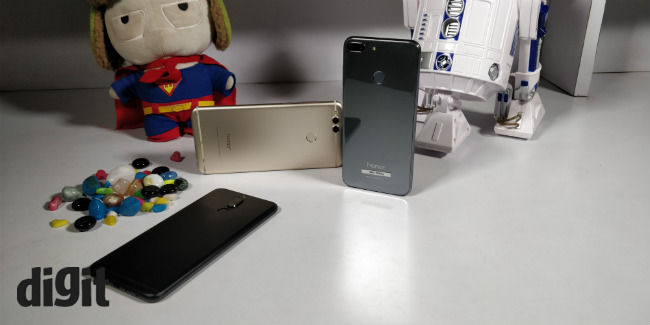 Ironically, the cheapest among the three phones is the most good looking. The Honor 9 Lite is by far the most attractive mid-range phone out there with its all-glass design. Where most OEMs are stuck at making aluminium unibody design, the Honor 9 Lite stands apart with its glass design. The phone features a 2.5D curved glass at the back and the front. This also makes the phone the least durable. We already managed to scratch the glass back during our review. On the other hand, both the Honor 7X and the Honor 9i are made of metal. Aluminum to be precise. Save for the camera placement, both phones have a similar-ish form factor. The dual camera on the Honor 9i is vertically aligned in the center while that on the Honor 7X is horizontally stacked at the top left corner. The camera units also protrude out by quite a lot on the Honor 7X and the Honor 9i while the same on the Honor 9 Lite is more flushed to the body.

All the three phones look quite similar from the front, thanks to the tall univisium display. They only differ in terms of the size and have minimal bezels on the sides. Weirdly, despite being launched recently, all the three phones have the older micro-USB ports, but thankfully retain the endangered 3.5mm headphone jack.

The Honor 9 Lite looks the best among the three, but it’s not at all durable. You will have to slap a case on the phone to make it last long. It’s also a fingerprint magnet. But it’s cheap. Perhaps the cheapest quad-camera phone ever. At Rs 10,999, the Honor 9 Lite is an enticing buy. But priced the same as its higher variant, the Honor 7X is just as good and more durable. It’s made out of metal, but the dual camera is only at the back. If you want both quad-camera and a metal design, the Honor 9i is the one for you.

Display: Tall is the new sexy 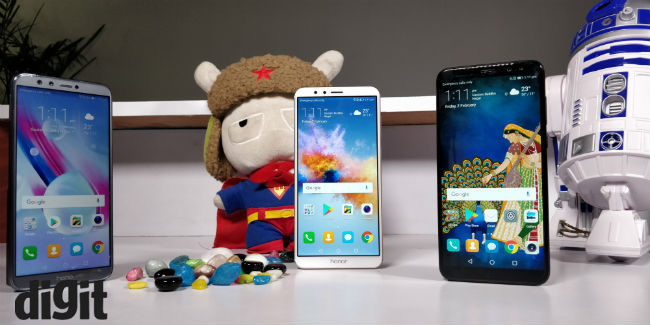 Honor should be lauded for trickling down flagship-grade features to more affordable price segments. One such feature is the 18:9 univisium display which first appeared on the LG G6 and the Samsung Galaxy S8 early 2017. But in less than a year, Honor inundated the affordable smartphone segment with these taller univisium displays. All the three phones, the Honor 9i, Honor 7X and the Honor 9 Lite sport the taller displays. Among the three, the Honor 7X is the largest with a 5.93-inch screen while the Honor 9i comes close with a 5.9-inch panel. The Honor 9 Lite is more compact with a 5.65-inch screen. But the best thing about these phones are that despite have taller displays, they’re much easier to operate than phones with the usual 16:9 displays. The displays are taller and thinner which makes operating the phone with one hand easier.

The displays on all the three phones are IPS LCD of full HD+ resolution. Among the three, the Honor 9 Lite has the highest pixel density owing to its compact size. It also recorded the highest luminescence rating of 570 lux. Weirdly enough, the Honor 9i, which is the most expensive of the lot has the least desirable display. It has low max brightness of 385 lux and there is a blue tint on the display which can be changed manually in the settings. But the lower brightness makes legibility under bright sunlight a problem. The Honor 7X also faces similar issues but it’s much brighter than its more expensive counterpart. The Honor 9 Lite has the best display among the three because the pixels are more densely packed than the other two. However, all the three phones support a pretty wide colour gamut and watching movies on them give a good experience. 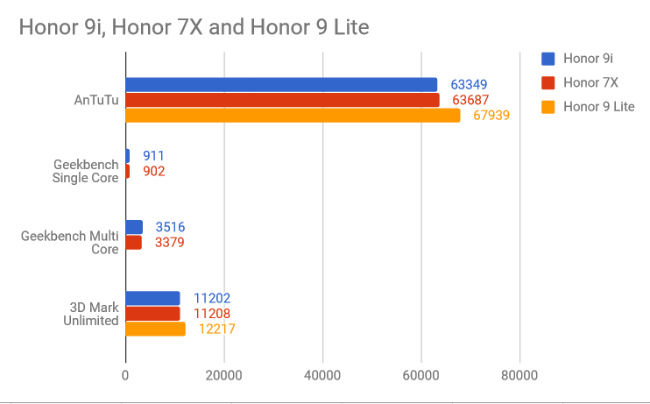 The weirdest thing about the three phones are that all of them sport the same hardware under the hood. The HiSilicon Kirin 659 is used to power all of them have a 4GB RAM variant with 64GB of storage. The Honor 9 Lite is also offered in a 3GB RAM variant with 32GB of storage, while the Honor 7X is offered additionally in a 32GB storage variant. While that should ideally put the performance of the three phones at par with each other, that is not the case. The Honor 9 Lite, which is the cheapest of the lot, posted the highest scores in benchmark tests, while the Honor 7X and the Honor 9i follow suit with slightly lesser scores.

But benchmarks scores hardly tell the full story. In the real world, all the three phones are capable performers. The Honor 9 Lite is a little more capable than the rest and that is primarily because it comes with Android 8.0 Oreo out of the box which optimises the software to make it faster. Nevertheless, all the three are mid-range phones and while you can’t expect them to work as fast as a OnePlus 5T or a Samsung Galaxy flagship, they won’t disappoint you either. Graphically intensive games will stutter a little and loading times will be longer, but the usual social media apps and games will work just fine. Although, you might face some issues with compatibility as the phones come with Huawei’s proprietary chipset which may not be optimised to run all and every app out there.

Camera: You get what you pay for 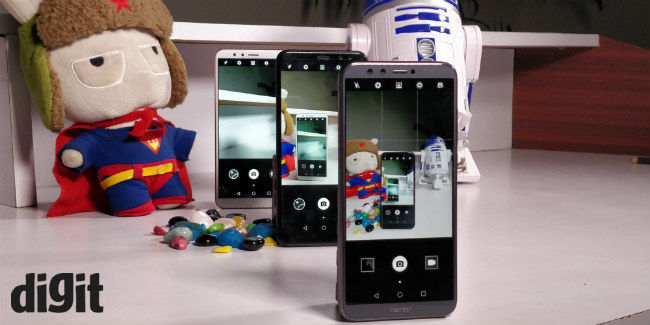 Considering how all the three phones have the same internal hardware powering them, it all comes down to the camera. And the camera quality increases with the increase in price. Perhaps the only category where the Honor 9 Lite comes out as inferior and the Honor 9i does justice to its higher asking price.

Straight off, the Honor 9 Lite and the Honor 9i are quad camera phones with dual cameras both on the front and the back while the Honor 7X has the dual camera only on the back. All the three phones have the same camera app though and the features are standard across all the three offerings. You get a variety of shooting modes including long exposure, pro mode, panorama, and the likes. The image quality improves as you climb the price ladder.

The Honor 9i produces the best shots among the three, although it’s nowhere close to what more expensive phones can do. But for its price tag, the image quality is commendable. All the three phones use the dual camera at the back to create a depth of field in the photos that can be manipulated both in real-time and after shooting. The Honor 9 Lite and the Honor 9i goes the extra mile and does the same with the front camera as well. The Honor 7X also takes photos that are true-to-source under well-lit conditions. All the three phones perform poorly under low-light situations though. 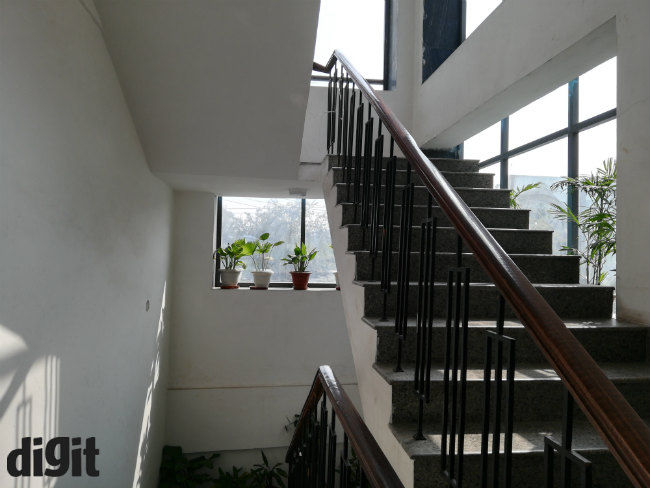 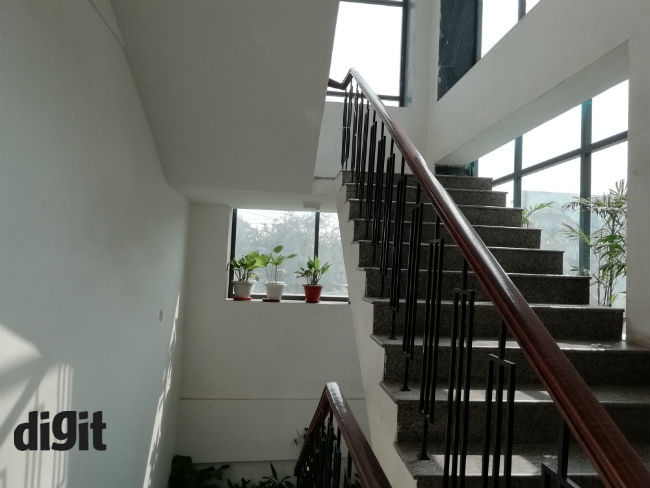 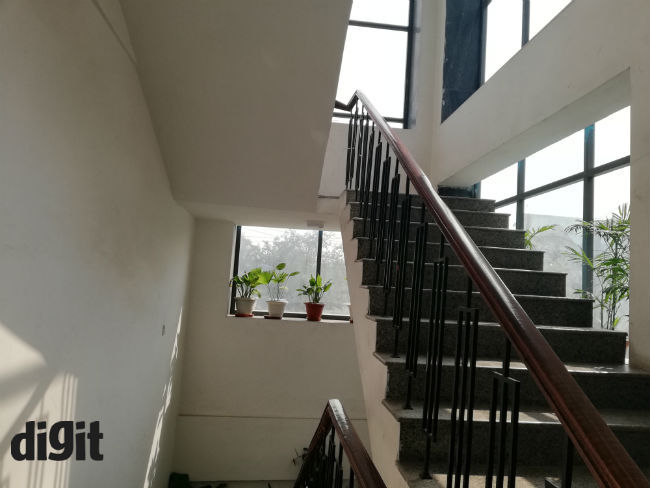 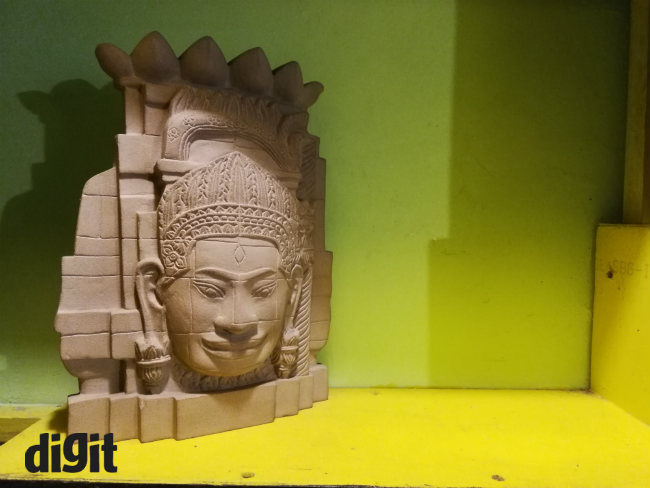 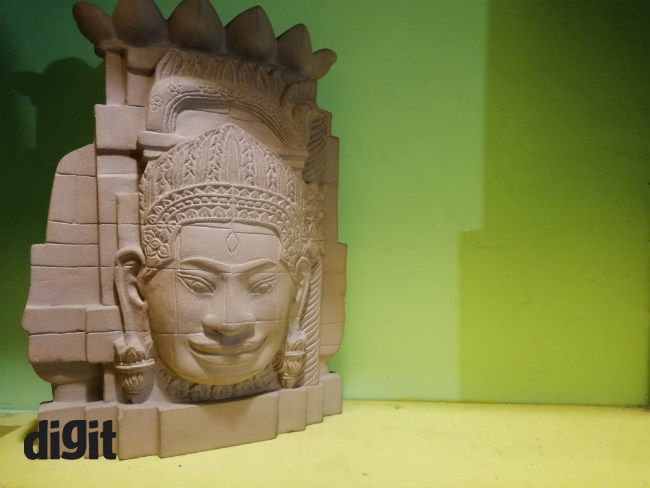 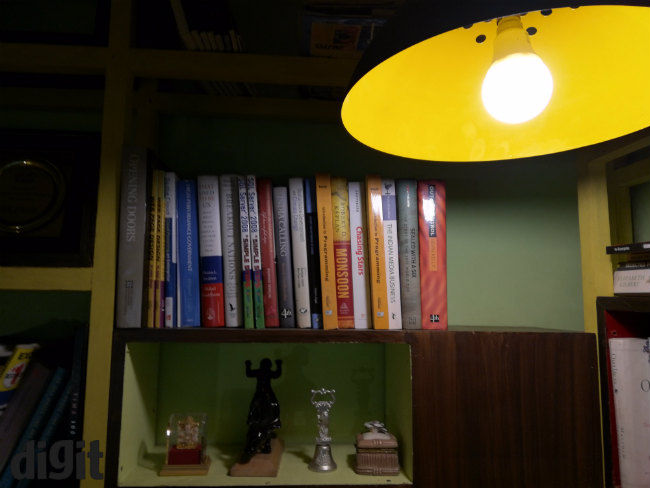 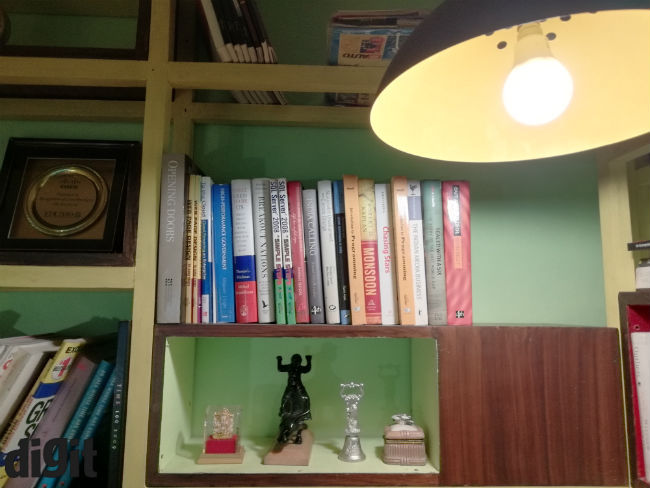 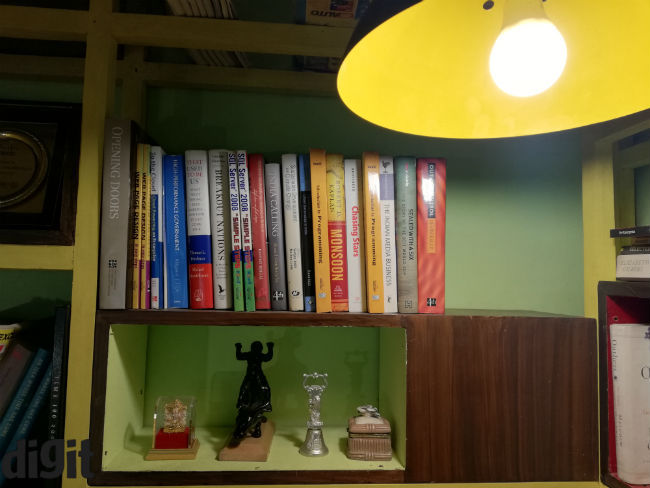 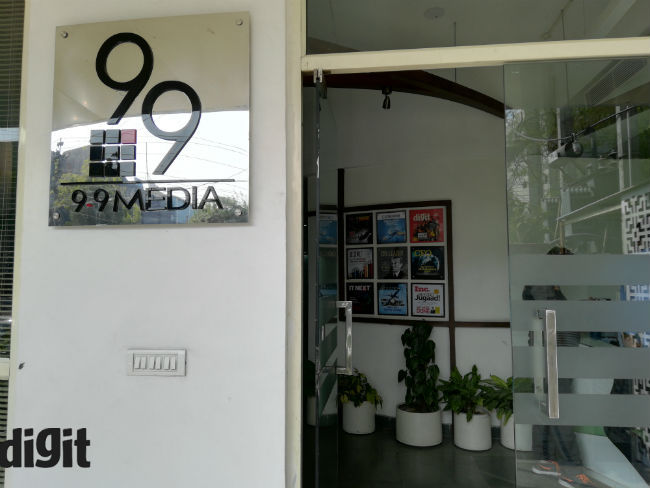 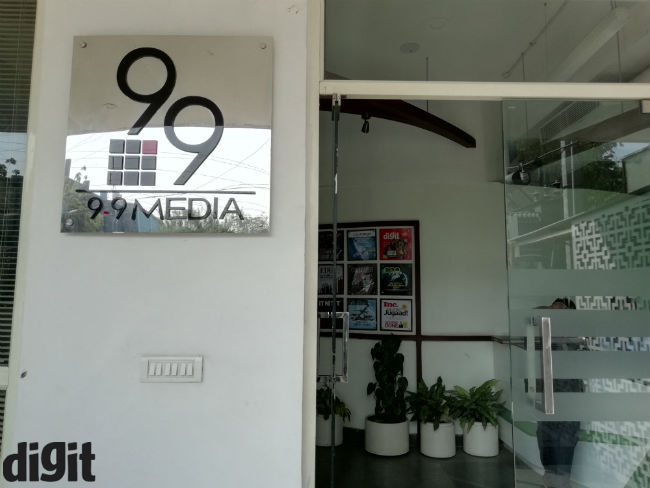 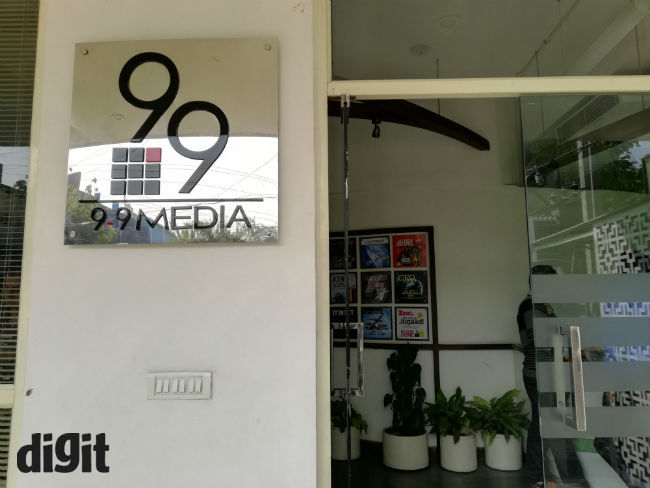 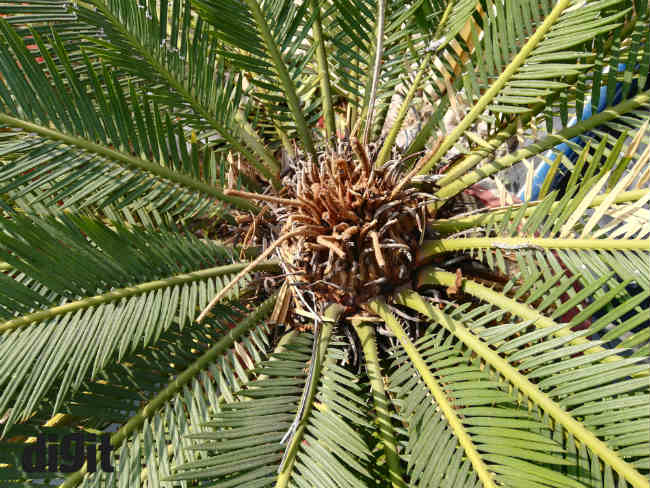 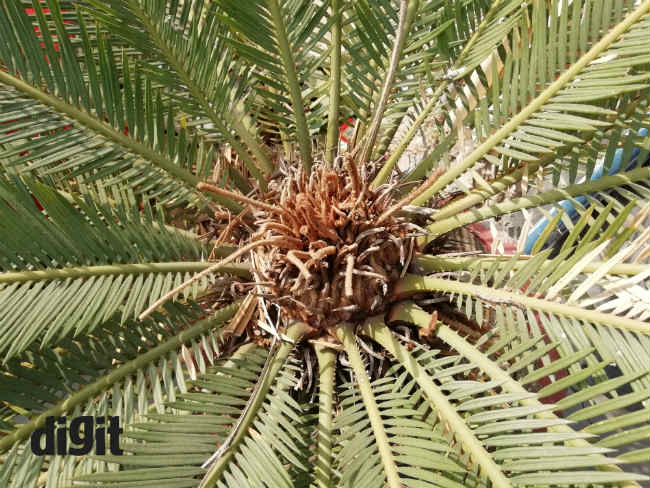 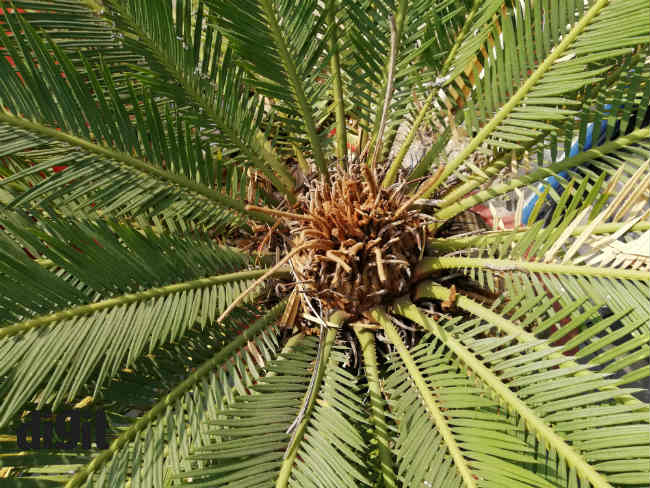 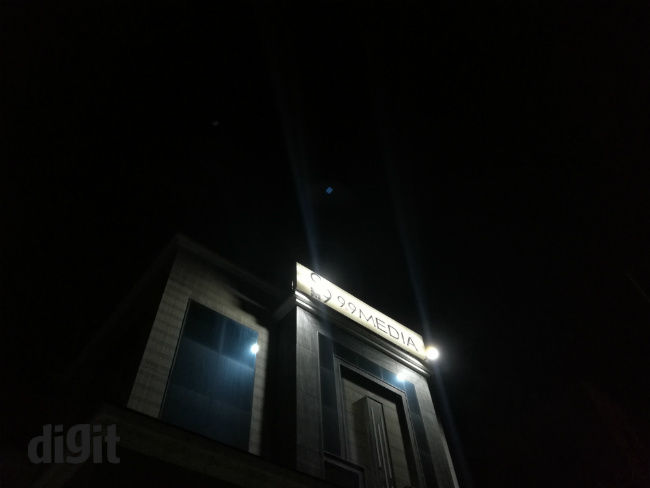 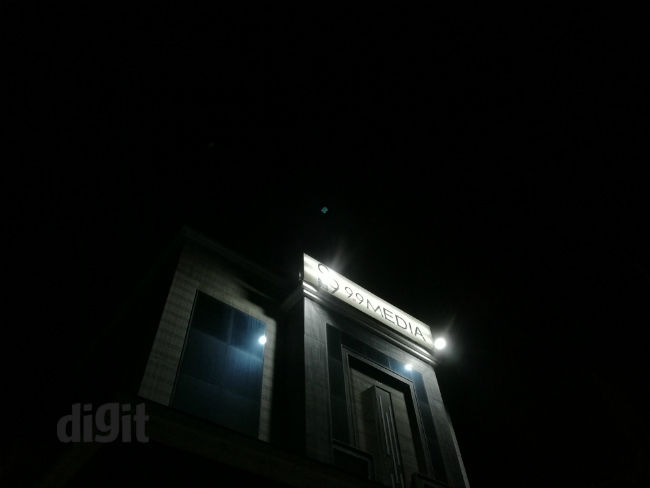 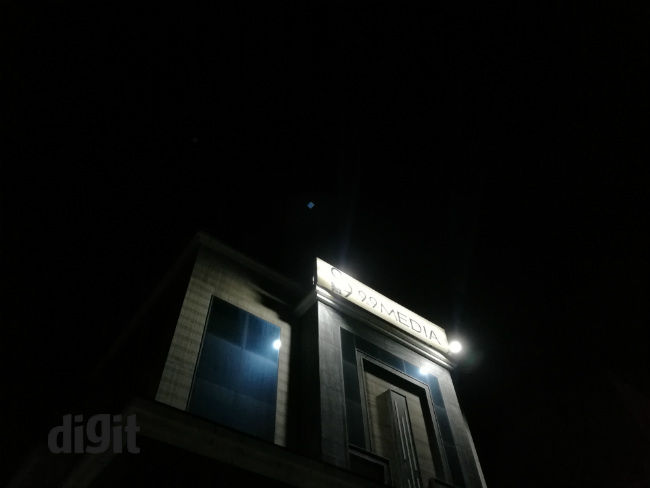 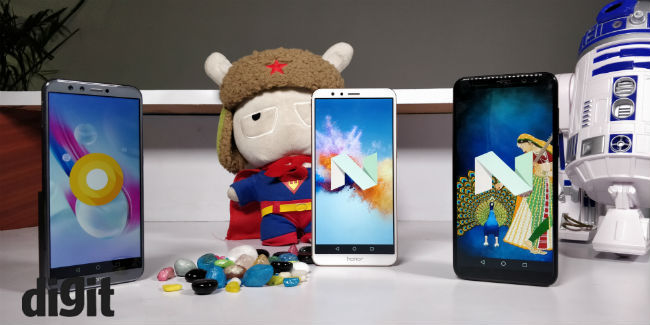 Between the three phones, once again, the cheapest offer the best. The Honor 9 Lite comes running EMUI 8.0 based on the latest Android Oreo while the other two come with an older EMUI 5.0 based on Android 7.0 Nougat. The latest version brings new features like picture-in-picture, notifications management and other optimisations under the hood that speeds up the performance and usability.

EMUI as an interface is quite clunky. It comes pre-loaded with a lot of third-party apps and there are a whole lot of transition animations to bog down the hardware. However, there are a lot of nifty features that augment the Android experience beyond what Stock Android offers. If you are into that kind of customisable features, EMUI is actually one of the most feature-rich interfaces out there.

The Honor 9 Lite has the latest features which include a machine-learning based feature that prevents the phone from slowing down over time as well as a new dock-based navigation system. The Honor 9 Lite also uses an F2FS file system that improves app opening times.

The good thing is Honor is lived up to its promise of giving regular updates and both the Honor 7X and the Honor 9i will get the update to EMUI 8.0 soon this year. 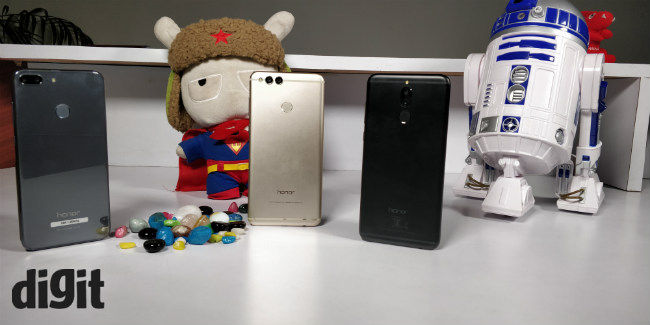 The three ‘honourable’ siblings are undoubtedly good phones in the mid-range segment and by putting the same hardware across the price range, Honor has ensured your performance is not compromised if you have tighter budget. But what Honor gives in terms of performance, it takes away in terms of camera quality. So, if you are in the market for a good camera phone with dual cameras on both sides, the Honor 9i is a good choice to have. If you have a tighter  budget but still want the same quad-camera treatment, the Honor 9 Lite is the phone to have. Although the glass back will need extra protection. The Honor 7X is, in our opinion, the most balanced out of the three. It has a good battery, offers a durable design and has a commendable camera. If you are confused between the three, we would recommend the Honor 7X, which also happens to come in the popular red colour variant.