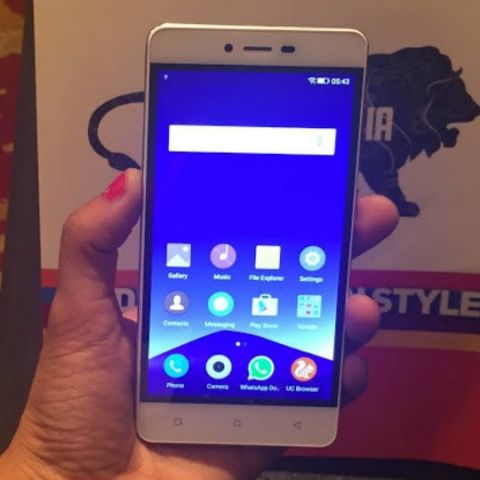 Gionee has jumped on the ‘MakeInIndia‘ bandwagon today and launched its first India assembled device, the F103. The smartphone is a budget device made by Gionee in association with Foxconn and is yet another option for those with light pockets.

Make In India is the buzzword in India’s thriving tech industry these days. Xiaomi made the Redmi 2 Prime in India, Asus and OnePlus are also ramping up manufacturing plans and keeping with the theme Gionee today launched the F103 Smartphone. The device has been made by electronic manufacturing giant- Foxconn, at its manufacturing facility in Sri City, Andhra Pradesh.  Let’s take a first look at the Gionee F103(₹ 8316 at amazon). 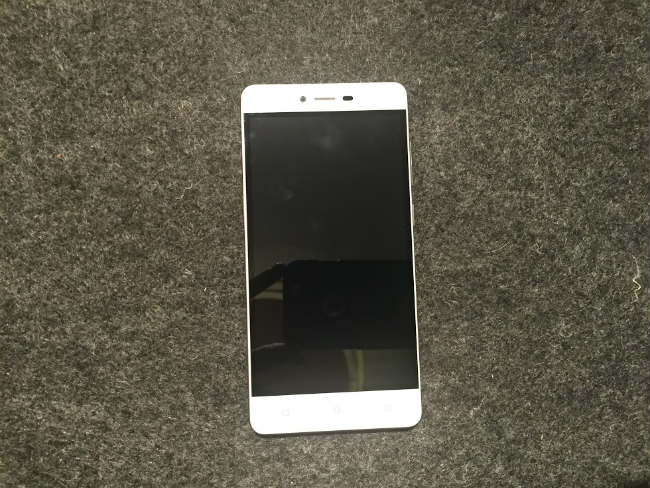 At first glance the Gionee F103 looks shiny, thanks to the glass finish on both the front and the back of the phone. Yes, the glass back is a fingerprint magnet but the device I used was white hence the fingerprint marks were barely visible. The F103 is light and compact making it easy to hold and navigate with just one hand. On the sides, the F103 has a metal lining which runs across the entire frame of the device. The Power button and the volume rocker are also made of metal and are well defined for ease-of-use, these find themselves typically positioned on the right-side of the phone. The bottom of the phone has the function keys embedded inside the glass panel but unfortunately, these don’t light up while using the device. 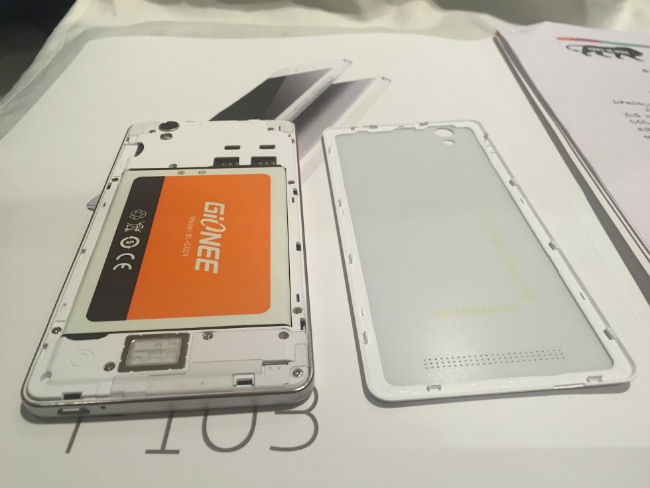 The back cover of the F103 is removable and under it is the 2,400 mAh battery, 4G enabled Dual SIM slots as well as a separate Micro SD slot.

Moving on to the display of the F103, this homegrown phone houses a 5 inch (12.7cm), 1280X720 IPS panel made of Dragontrail glass. The F103 also features an ‘Adaptive Brightness Mode’ which optimises the screen according to the level of available light. Now, at first glance the screen looks vibrant with good colour production but it sure is a battery guzzler. After barely 15 minutes of playing around with the settings, the 50% battery in the phone, at the time, came down to 37%. There wasn’t much time to test the sturdiness of the F103 but the Dragontrail panel proved its worth.  When scratched with an ordinary key, the glass resisted any sort of scratches or marks. 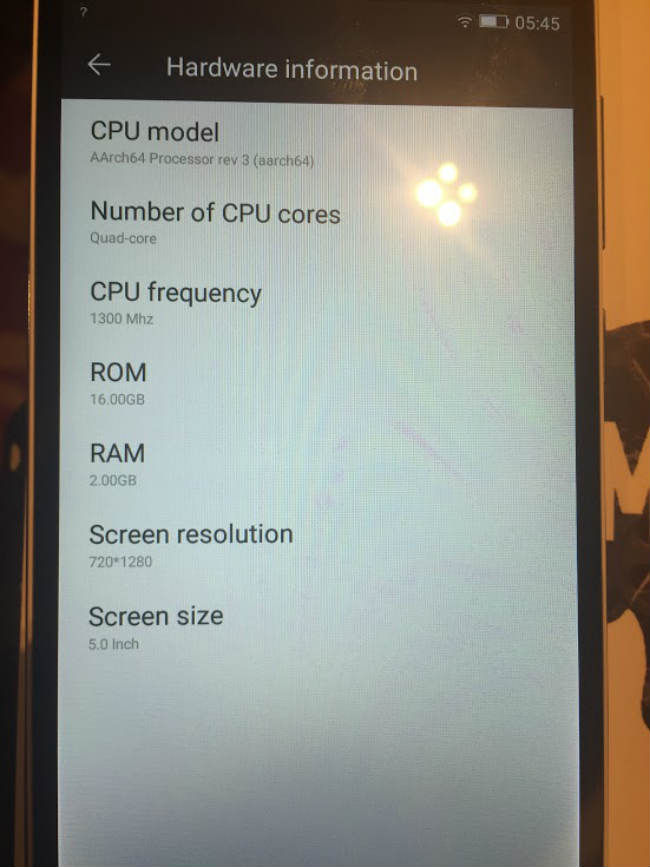 Upfront, the Gionee F 103 packs in a 1.3 GHz quad-core Mediatek MT 6735 processor with 2GB RAM and 16GB of built-in storage (expandable up to 32GB). Running apps like Facebook and Whatsapp simultaneously was smooth sailing but open a barrage of apps and you’ve got yourself into a little bit of a pickle with minor lag issues. The phone runs Gionee’s own Amigo OS 3.0 which is based on Android 5.0 Lollipop. Amigo 3.0 looks crisp and stylish and earns a big thumbs-up for its attractive UI. 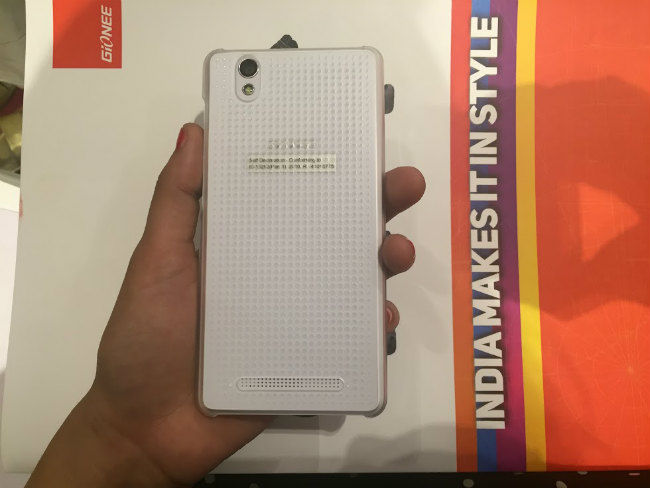 The Gionee F103 houses an 8MP auto-focus snapper at the back along with a 5MP selfie camera. Although the company boasts of an array of beautification modes in the camera, there was nothing strikingly different about it and the modes are reminiscent of those found in almost every smartphone in this category (Xiaomi raise your hand).

Apart from the above, the Gionee F103 has a standard set of connectivity options such Bluetooth 4.0 and WiFi 802.11 b/g/n. The packed box includes a standard micro-USB charging cable along with an adapter, earphones and an additional plastic back case just for fun! All this comes at an MRP of Rs. 10,339 which brings it almost neck-to-neck with the Xiaomi Mi 4i, Coolpad Note 3, Meizu M2 Note, the list is pretty long.

Speaking to Digit at the event, Gionee President, William Lu said, “We also have plans to launch a new wearable in the market which will come to India too.” When asked whether there are any plans of actually manufacturing and not just assembling devices in India he replied saying, “First is the assembly stage that is assemble India. Second is that some parts should be purchased in India locally and third is that companies can be purchased here and then the real Make In India can happen.” But, the good news is that Lu says the process of assembling devices in India will translate into almost 10% cost benefit for the consumer. Now that is surely going to cheer some of you up.

JioPhone price could be hiked to Rs 999 in India soon: Report