The new line of smartphones from Nokia, I mean Microsoft Devices, have finally been launched in India. It’s about time too, especially for the Lumia 930, which many had feared, won’t be coming to India. Nevertheless, they’re all here — Lumia 730, 830 and 930 — and we have first impressions for all of them.

The selfie phone has somehow become a phenomenon recently, with Samsung selling the feature in its flagship Galaxy Note 4. Nokia though took the affordable route and understandably so. The company has made most of its sales in the budget and affordable segments. The Lumia 730 is priced at Rs. 15,299, putting it at the upper end of the affordable segment.

For some reason, Nokia, sorry Microsoft Devices, almost refuses to talk about any other aspects of this smartphone. The device has a 6.7 MP rear camera, barely above the Lumia 720’s 6.1 MP. On first impressions, the camera looked quite satisfactory, but it may be much better, considering that the 720 did a pretty great job on this front.

The hero of the device is its 5 MP front camera. Nokia says it has a 24 mm wide angle sensor, which allows you to cover much more area with the front shooter. This is true, the device does cover a lot of area, but is that enough to sell it though?

The Lumia 730 is sturdily built and is very light. The 4.7 inch 720p display looks good and Windows doesn’t need over 1 GB of RAM. The smartphone has on-screen buttons for home, back and search though, which begs the question as to why Nokia didn’t cut the size of the bezels to make it smaller. 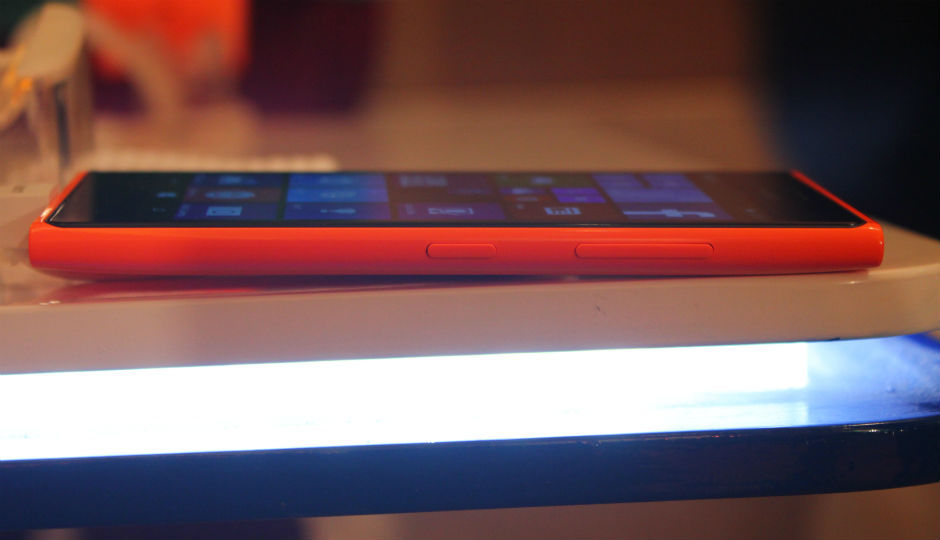 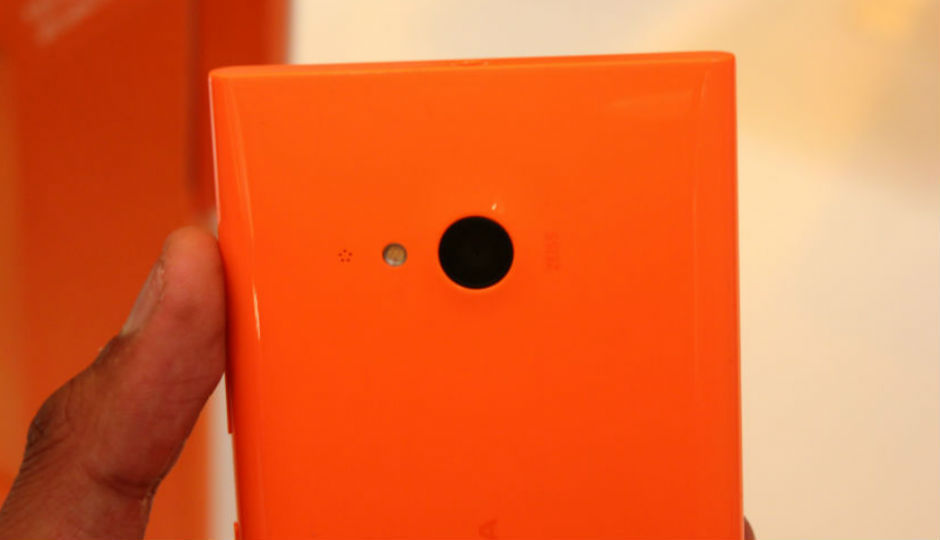 But here’s the thing, there are Android phones with similar specs available at lower price points. Is the selfie aspect of this phone enough to drive sales? In fact, are there enough selfie takers in India to really ramp up sales numbers?

Don’t get me wrong, the 730 doesn’t seem bad, but it may just pale in comparison to the competition. 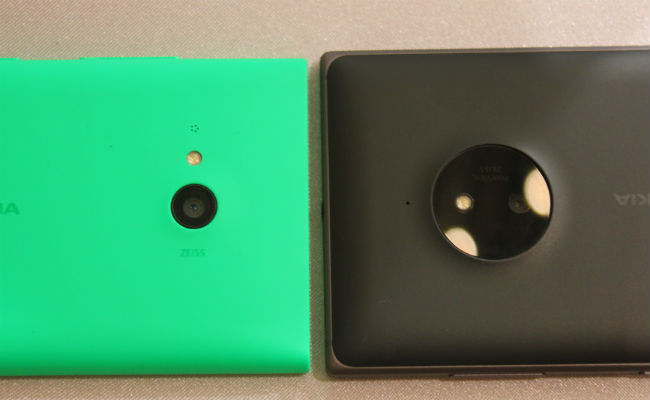 Nokia’s earlier flagships didn’t really have an affordable version to them, but the current flagship, Lumia 930 does. The Lumia 830 is that option and to be honest, this device is pretty impressive. The 5 inch 720p display looks very good, thanks in no small part to the live tiles UI of the Windows Phone OS. 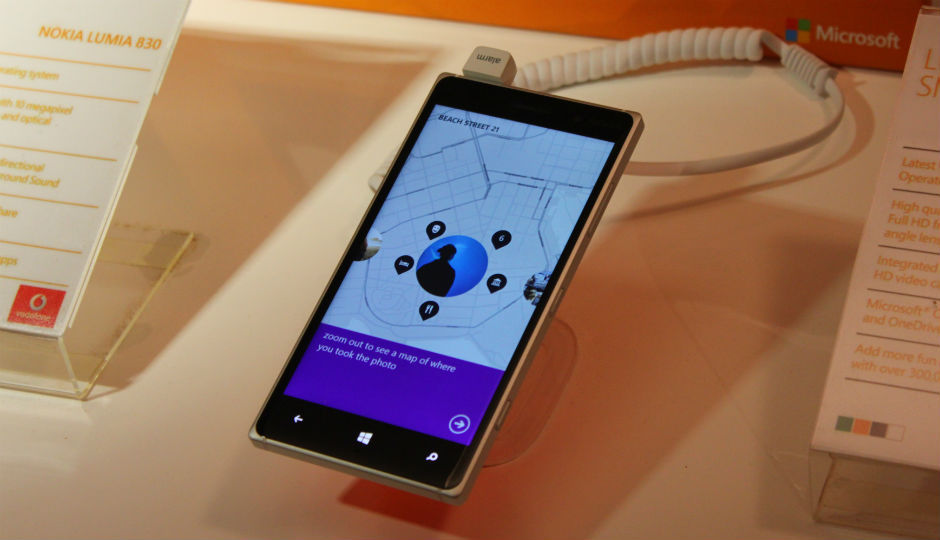 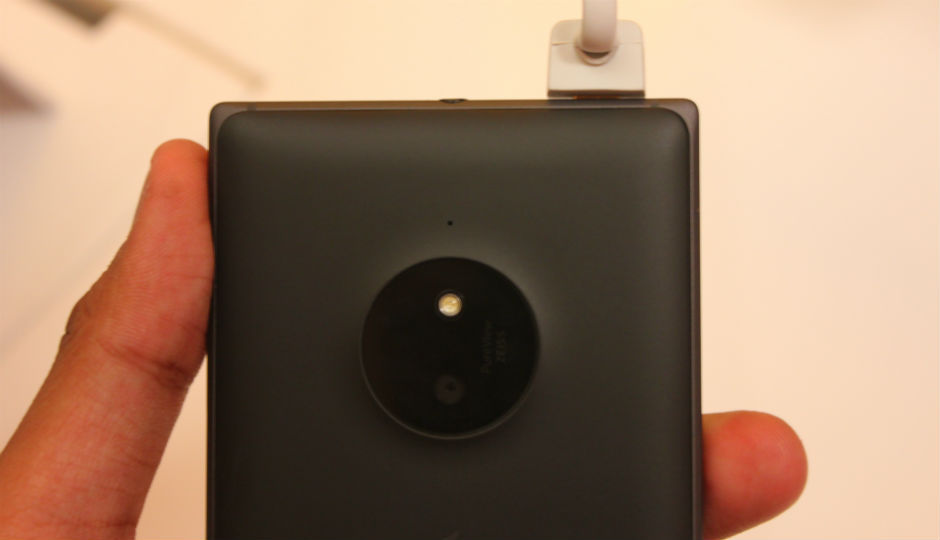 Moreover, it is a very well built smartphone. The metal rim around the device gives it a very premium feel and the black variant that I saw at the launch looked quite attractive. It is a little on the heavier side though, but not enough to be uncomfortable.

The 10 MP Pureview camera at the back is no match against the Lumia 1020, but it can hold its own. In the few pictures that I took at the launch, the images seemed to lack sharpness, but I can’t be sure before a full review. On first impressions, I wasn’t quite impressed with the Lumia 830’s camera. I did not expect it to be as good as the 1020, but it could have been better.

Also, the pricing is again a little baffling to me. The Rs. 28,799 price tag seems a little too much. This phone would make a lot of sense at around Rs. 24,000. Still, the price tag doesn’t seem as unreasonable as some other devices in the market. I can see Windows lovers going for this quite easily.

The flagship product from Nokia this year. The first and most surprising aspect of the Lumia 930 is that it doesn’t have the Pureview camera from the Lumia 1020 and 830. While it is still a 20 MP shooter with a Carl Zeiss lens, Nokia chose not to include this in the Pureview segment. 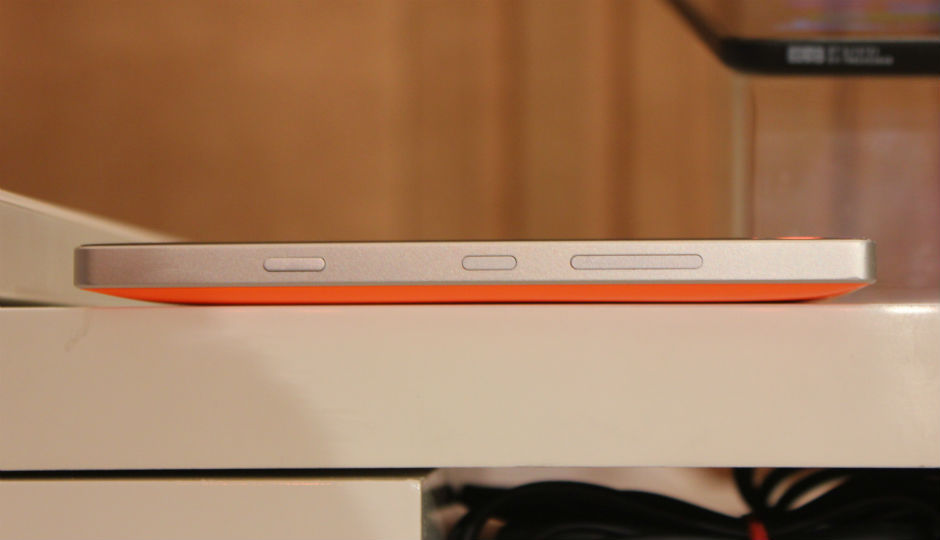 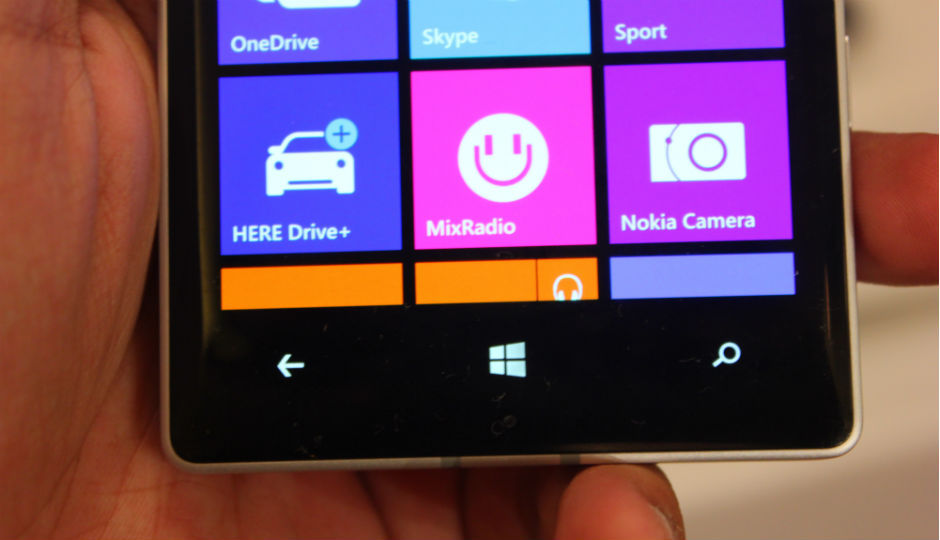 Like the two phones mentioned above, this is also a very well built device. The Lumia 930 and 830 in fact look very similar, although the 830 is visibly bigger. The metal rim is present in this device as well and gives it a very premium feel. More importantly though, this smartphone has a 5 inch 1080p AMOLED display, which frankly looks quite amazing coupled with the Windows Phone live tiles UI.

Alternatively, this may have an impact on the battery life and performance, but that can be known only after a full review. The Lumia 930 definitely feels like a premium smartphone and the Rs. 38,649 price tag doesn’t seem over the top to me. A Pureview would have justified the pricing much more, but it still seems somewhat reasonable.