Indian smartphone maker Micromax today added the Canvas Nitro smartphone to its portfolio. The device is perhaps the most competitively priced smartphone ever launched by Micromax. It is also available exclusively on online retailer, Snapdeal from today. Here are the primary specs of the smartphone: 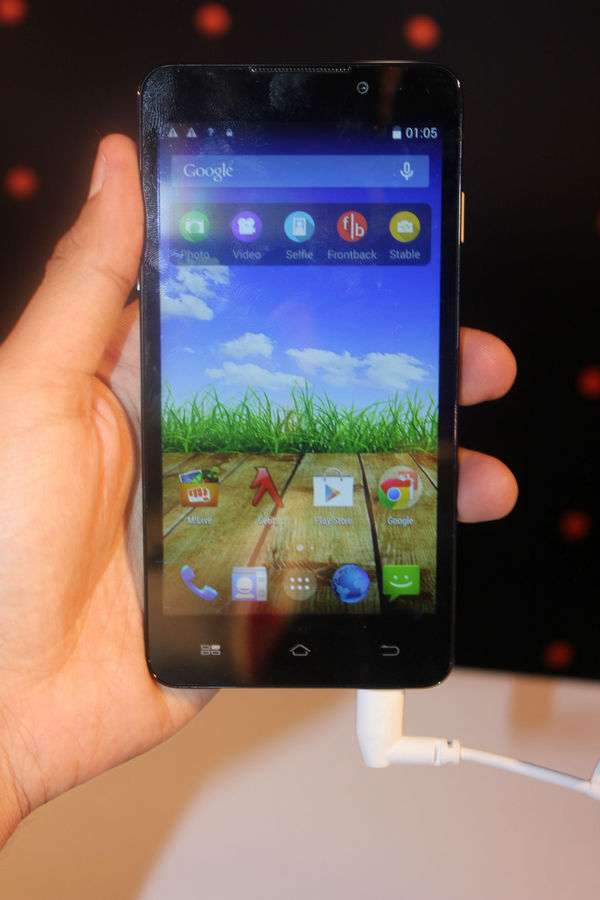 The Canvas Nitro has a leather finish on the back, which is quite similar to what we saw on the Samsung Galaxy Note 3. The back though looked much better on the Note 3 than it does on the Nitro. Of course, the Nitro is priced at less than half of what the Note 3 was. But while the new Micromax device does feel sturdy, it is not much of a looker. The Moto G (2nd Gen), which costs almost the same, looks much better than the Nitro. In fact, the Moto G also felt much lighter than the Nitro when we got our first glance at it. 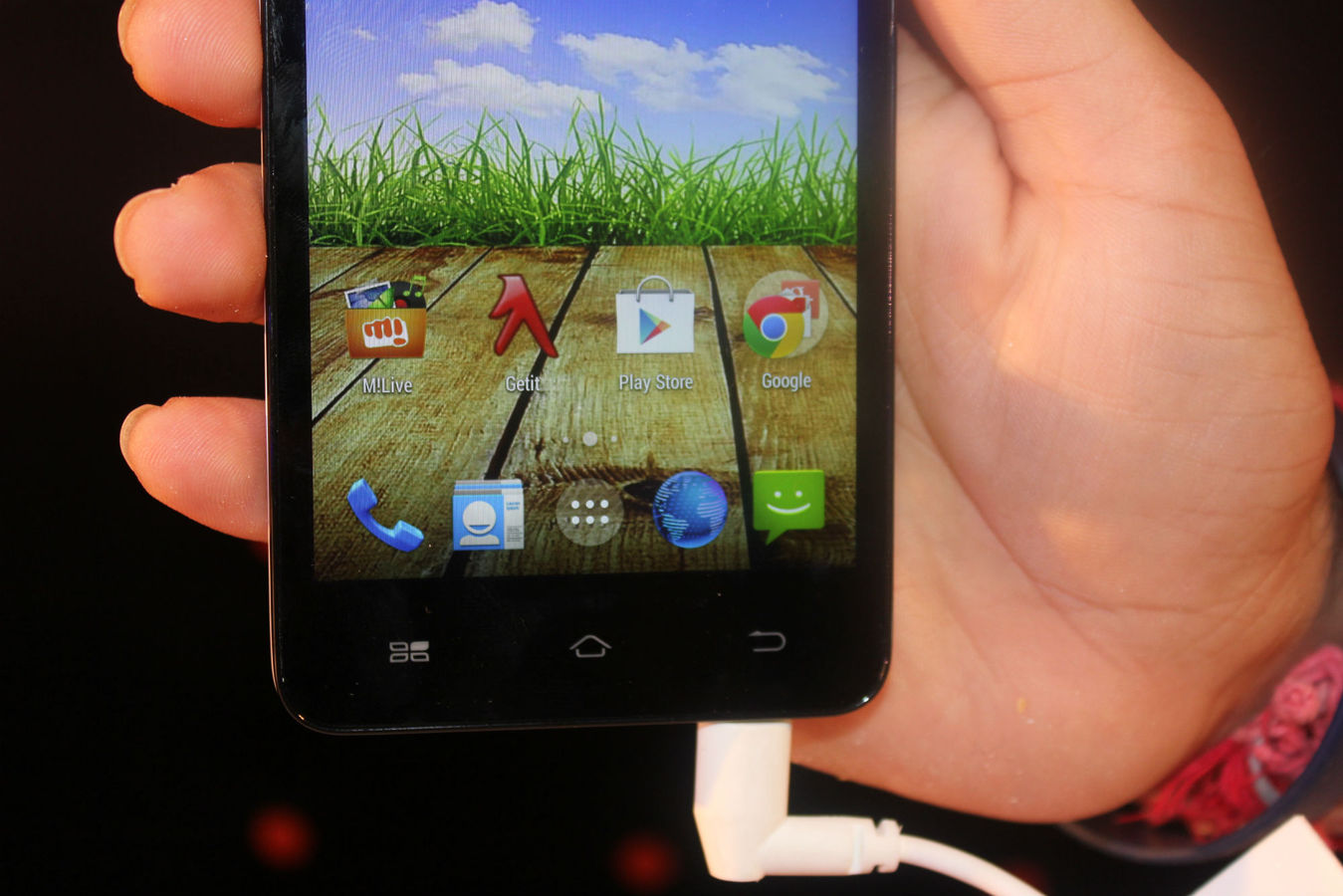 While the HD display looks quite good indoors, we aren’t quite sure what the sunlight visibility of the device will be. The good part here is that the oleophobic coating on the display gives it some protection from oily fingers and smudges. The screen didn’t get smudged very easily, which is something I liked. Also, it is quite bright and colours look vibrant.

What I was actually impressed with was Micromax’s new UI. While it is more or less stock Android, the company has added a handy widget for the camera and a ‘Quick Look’ screen, which is more or less the same as HTC’s Blinkfeed on the Sense UI. The best part of the UI though is the lockscreen. There is none. Let me explain. Micromax seems to have taken a page out of Motorola’s book, adding an Active Display like feature. Every time you press the unlock button, the time and notifications show up on your screen, without illuminating the entire screen. This will hopefully conserve battery-life. 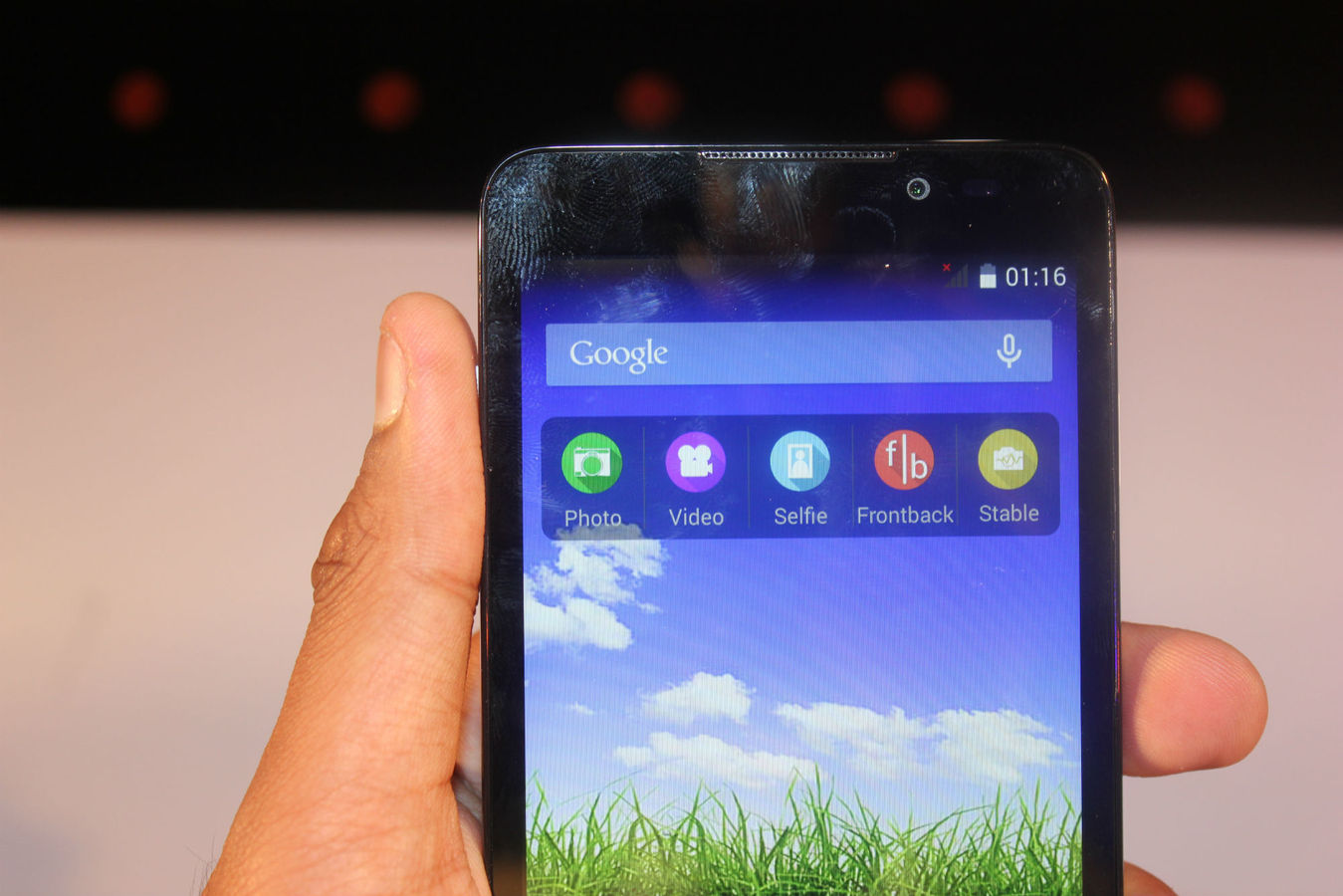 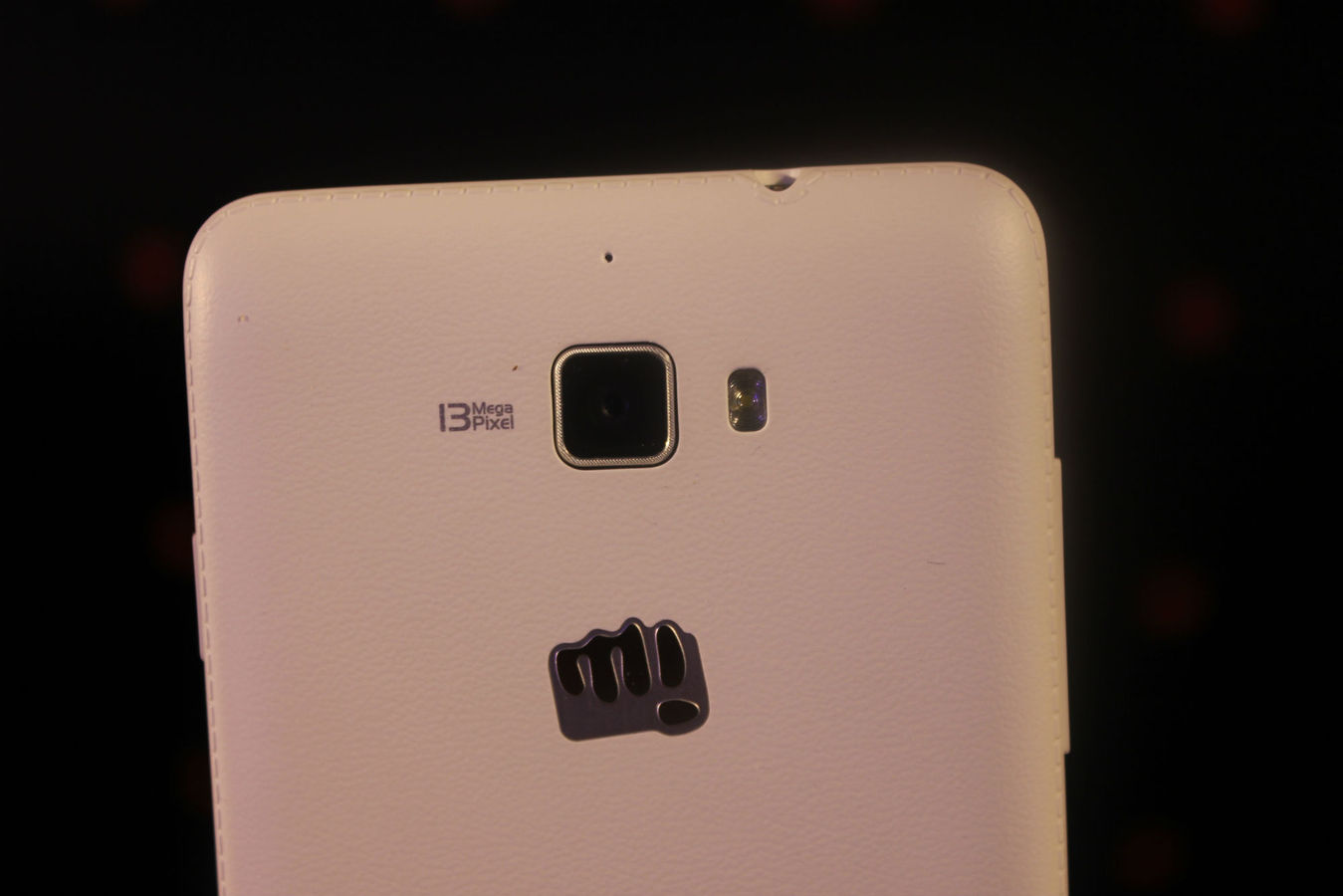 Speaking of the battery, this one comes with a 2,500 mAh variant. To be honest, I’m not very hopeful about the battery life, considering that the Canvas Knight had the same SoC, albeit with a lesser 2,350 mAh battery. The Knight didn’t perform well in terms of battery life, and unless Micromax have done something drastic here, neither will the Nitro. Also, if Micromax had done something drastic, they would have spoken about it during the launch event.

The camera also seemed quite good for a phone that costs merely Rs. 12,990. The two other phones in this range that have a 13 MP sensor are the ZTE V5, which costs about Rs. 1,000 lesser than this and the Xiaomi Mi3, which costs about Rs. 2,000 more. While the ZTE V5’s camera is somewhat inferior to the Nitro, the Mi3 has a much better camera. That said, I’ll hold my thoughts on the camera until the full review. I quite liked the Stable shot mode and some other aspects though.

Overall, the Micromax Canvas Nitro does look like quite a competitive smartphone, especially if you’re going by the specifications. Of course, we’ll know whether it justifies what you read on paper after we’ve done a full review, but till then, this seems like a commendable effort from Micromax.