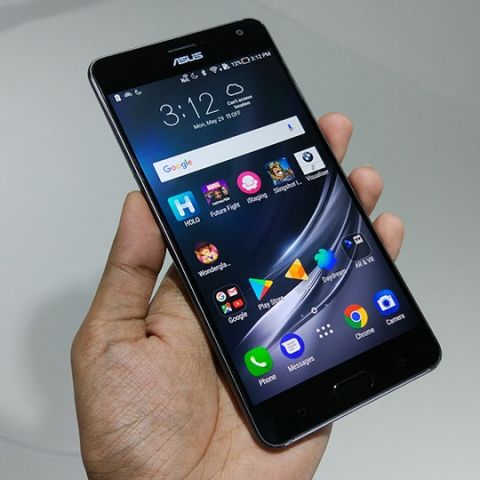 After its initial showcase at CES 2017, we got to play around with the ASUS ZenFone AR at the company’s press conference before Computex 2017

As regular fashion, ASUS launched a plethora of devices at their press conference just a day before Computex kicks off. Although it wasn’t as overwhelming as last year, we got to see several laptops and AIOs showcased at the event, including the world’s thinnest convertible notebook, the ASUS ZenBook Flip S. Among those devices was the ASUS ZenFone AR which was first showcased at CES 2017. The ZenFone AR is the company’s AR-enabled or supported smartphone that will allow Project Tango based applications to run on the phone. The phone is also Daydream-ready, essentially making it the first phone to have support for both Project Tango and Daydream or you could say AR and VR support (in terms of the Daydream standard set by Google). Lenovo’s Phab 2 Pro was the first phone to support Project Tango but it didn’t fulfil the standards for Daydream. We spent some time around with the ZenFone AR and here’s what we think about the device and the AR/VR applications. 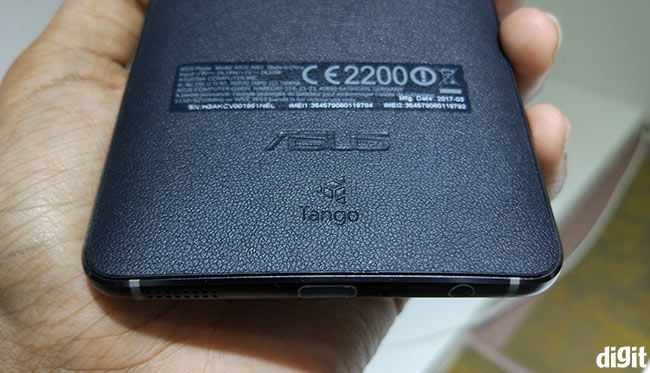 Hardware inside and build quality

The ZenFone AR’s highlighted specifications include a Qualcomm Snapdragon 821 chipset running on 8GB of RAM (making it the smartphone with the highest memory currently). The mammoth memory on this phone makes sense because of high demand of memory to run AR/VR applications. Being Daydream-ready, the device has a 1440x2560 Super AMOLED display with a screen size of 5.7-inches. This enables a really sharp display that serves crisp content in Daydream. Just like the Phab 2 Pro, the ZenFone AR also has a tri-camera system (named as TriCam here) including the primary shooter along with motion and depth tracking sensors. The device charges and transfers data using a USB 2.0 Type-C 1.0 connector, while continuing to support a 3.5mm headphone jack. Those were the highlighted features of the ZenFone AR and you can read the rest of the specifications here. The ZenFone AR has a good build quality with a metal frame and a leather-like coating on the back cover. It provides a good grip around the phone. One area we need to explore is battery life on the ZenFone AR which will be possible once we receive the device for review. With a battery capacity of 3,300mAh, 2K display and AR/VR applications, it will be interesting to observe how efficiently it can run and maintain a suitable charge capacity. 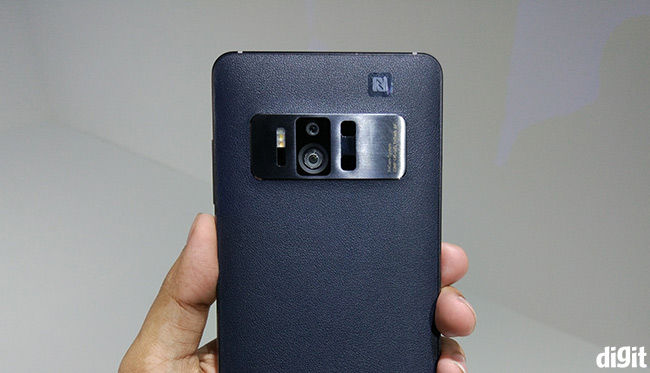 The primary focus of the ZenFone AR is AR and VR applications but it ticks off almost the entire checklist required for a flagship device. We got to try a few of them at the press conference which can also be viewed in action on our Facebook Live video on the same. Starting off at the most interesting and useful implementation of AR and VR, the BMW i Visualiser drew most of the crowd. The idea behind the app is to give you a virtual tour of all the components of a car including the exterior and interiors. The visualiser app also let you change the colour accents of different parts of the car such as the body paint, seat cover colour, etc. The car was virtually mapped in an area based on its real dimensions. To have a look at the various parts of the car, all you had to do was point the ZenFone AR to the mapped area through the visualiser app. Because of the AR/VR implementation, you could walk around and have a virtual tour of everything, even the little details of the dashboard. 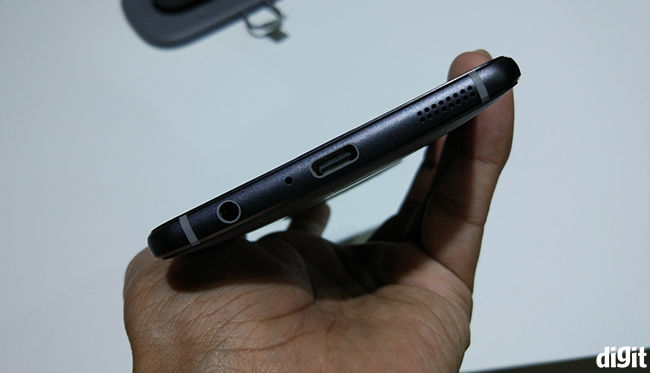 The other applications included Holo which was only for entertainment purposes. The app let you place different characters from different downloadable packs. You could resize and reposition these characters wherever you wanted. Even after moving the camera away from them, the characters managed to retain their position and other aspects. The other application we fiddled with was iStaging, an app dedicated towards interior design. Here you had the liberty only to place objects with real world dimensions. You can’t alter the size but you can place them on any surface. The app works great without any hiccups in maintaining their given position and orientation. 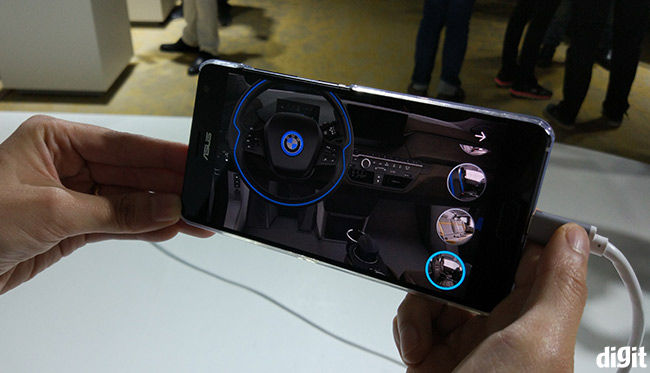 The quality differed among the applications where the BMW i Visualiser was able to offer the best one in terms of sharpness and detail. With open APIs available for Tango, there are many AR apps out there that can be browsed using the Tango app. Overall, it was a satisfactory experience and we are expecting more Project Tango based apps to flood the Play Store.

The ZenFone AR should be arriving in India in the next two months according to an interview by India Today with Dinesh Sharma who’s the Director of the Mobile Product Centre for ASUS. There’s no speculation in the pricing of the ZenFone AR for now.

Stay tuned for more news and exciting product launches straight from the showfloor of Computex 2017. Don’t miss our Facebook Live videos as we visit different booths of popular PC component manufacturers. Make sure that you like our Facebook page to receive a notification whenever we go live.