The most intense competition raged on in the mid-range smartphone segment in 2017. While flagships and high-end phones became the harbingers of new technology, most phones sold in 2017 were in the Rs 10,000-Rs 20,000 range. To be honest, the mid-range segment didn’t bring anything that wasn’t already expected. But cameras were certainly better than ever before. Dual-cameras and even dual-pixel sensors can be availed without shelling out much.

Now, you can just choose the phone with the fastest processor and go with it, but that would be doing injustice to a lot of other phones that are better tuned. The mid-range phones of 2017 that we have reviewed are prime examples of why you can’t just use a fast processor and expect high performance.

Here are the winners of Zero1 Awards for best smartphones in the mid-range segment in 2017.

It’s first stock Android smartphone, Xiaomi made a killing with the Mi A1 this year. It’s part of Google’s Android One program and the fastest Android one phone you can find in India today. It has 4 GB of RAM and runs on the fast yet efficient Snapdragon 625 chipset.
It was a close one between this and the Moto G5 Plus. The Mi A1 and Moto G5 Plus match in almost everything, including their cameras. So, the Mi A1 takes the award because of its second sensor. The Mi A1’s primary camera gives you pretty much the same performance as the Moto G5 Plus. But it’s telephoto camera allows optical zoom and bokeh photos, neither of which can be done on the Moto G5 Plus. That of course gives the Mi A1 an edge over Motorola’s phone and takes it past the finish line.
To sum up, you will get an excellent budget phone in the Xiaomi Mi A1. It’s already received the November security patch from Google, and the company has also promised both Android Oreo and P OS updates for this phone as and when they release.Click here to buy.

RUNNERS UP: HONOR 9i

The Honor 9i from Huawei runs on the company’s own Kirin 659 chipset. While it scores competitively on benchmark tests, regular usage is a tad inconsistent on this one. And that’s what makes it the runner up here. Yet, the Honor 9i is a pretty good phone to buy. It has 4GB of RAM and 64GB storage, covering the requirements of any budget buyer out there.
It sports 16MP and 2MP sensors, using the second sensor to collect depth information. While that allows bokeh shots from the camera, the primary camera is no slouch either.
Overall, the Honor 9i is a pretty good budget device, but it’s not the best budget device out there. So, runner up seems to be the correct way to go with this device.Click here to buy.

As mentioned above, the Moto G5 Plus is basically the same phone as the Xiaomi Mi A1. But thanks to the launch of the Moto G5S Plus, it is now cheaper and offers much better value. So, at Rs.13,999, you get a camera that equals the Mi A1 in everything except bokeh photos and optical zoom. In fact, in comparing the regular camera performance of these two phones, the Moto G5 Plus even surpassed the Xiaomi Mi A1 at times and making it the best value for money phone.Click here to buy. 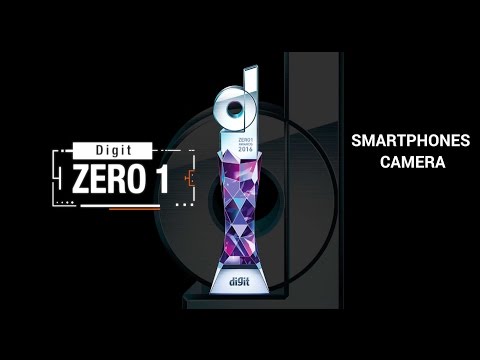