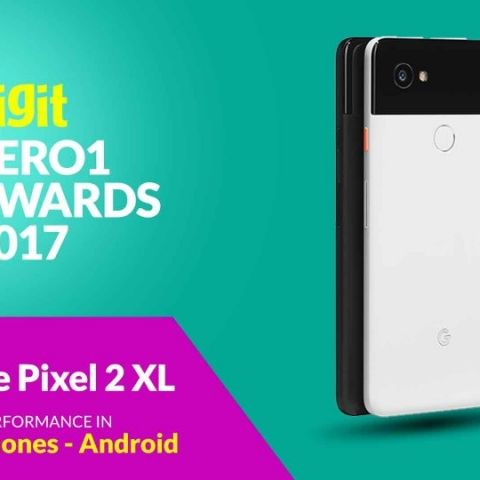 Even though the iPhone is the best performing phone in the market, Android ecosystem is what most Indian users are used to. Android phones have a market share of over 80 percent, making it the dominant platform among the two, and that means there are way too many phones to choose from.

Chipsets for Android phones moved from 14nm fabrication process to 10nm. The two giants were the Qualcomm Snapdragon 835 and the Samsung Exynos 8895. Both chipsets brought evolutionary increments in speeds and thermal efficiency apart from a better modem and image sensors. Moreover, Android phones jacked up their storage and memory this year and the display and cameras are now better than ever.

The Pixel 2 XL has had its issues, but its display is much easier to use with the “Saturated Mode” added to its software. Yet, the Pixel 2 XL comes with an iron-clad promise of Android updates, and an Android experience the way Google actually intended.

But what makes the Pixel 2 XL the best Android phone on the market is the excellent camera it sports. It doesn’t have the highest camera specifications out there, but Google’s software mumbo jumbo does the trick. The Pixel 2 XL camera excels at producing the best details possible. Images are extremely sharp and it edges past the iPhone X by a slight margin. In fact, we compared three of the best smartphone cameras today, to confirm that the Pixel 2 XL indeed has the best camera out there.

There are more things to like here. For instance, Now Playing is one of those little things that can turn you into a fan. Google wants this phone to be sold for its AI and ML prowess, and it has done a pretty good job of that.Click here to buy.

If it wasn’t for the Pixel 2 XL’s camera, the Galaxy Note 8 would have been the best Android smartphone this year. It has 6GB of RAM, a display that’s rivalled only by the iPhone X and an excellent dual-camera system. Samsung had a lot riding on this phone, and it’s safe to say that the horrors of the exploding Galaxy Note 7 are behind it. The company doesn’t sell the Snapdragon version in India, but its Exynos 8895 has proven to be just as fast. While price doesn’t really matter in the premium range, the Note 8 is also slightly cheaper than the Pixel 2 XL.Click here to buy.

At a starting price of Rs. 32,999, the OnePlus 5T is without a doubt the most value for money Android phone you can buy today. Yes, it’s not an upgrade to the OnePlus 5, but it’s still a better phone. You get better low light camera performance and improved colour reproduction on the screen. Of course, 18:9 aspect ratio allows a bigger screen, but with the same overall footprint. The OnePlus 5T is incredibly fast. In fact, it’s even faster than the Google Pixel 2 XL at times. It recorded the highest benchmark scores amongst Android phones today, and has more RAM than all of its competitors.Click here to buy.

All things considered, the OnePlus 5T is the phone to pick for everyone who wants the best of Android but can’t afford the exorbitant price tags on the Pixel 2 XL or Galaxy Note 8.