Dell Venue Pro - a quick hands-on and loads of pics! 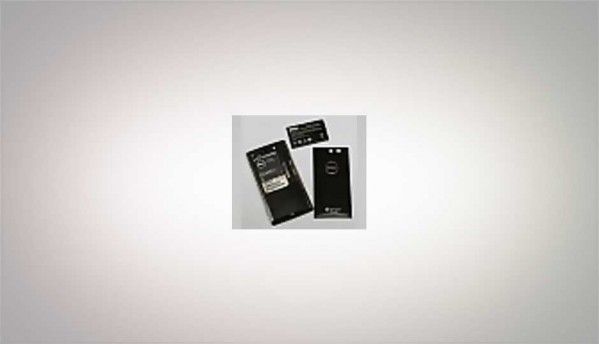 Late on Friday evening, Dell dropped off a small white box at our office. Nestled inside amid a charger and an in-ear handsfree kit, was their latest offering and a phone that we've been anticipating for awhile. Enter the Dell Venue Pro, the "Pro" moniker from Dell means nothing more than a slide-out QWERTY (not a side-slider - those are getting boring), but a vertical slider, like the Nokia N95. The Dell Venue we tested earlier (check April's issue of Digit for it) runs on Android, while the Venue Pro runs on Windows Phone 7, and is only the second device we've seen running this OS. Dell has recently become pretty focussed on the cellphone market, releasing quite a few phones in a short while.

The Venue Pro is a mixed bundle on the looks front. We loved the textured, matte battery cover on the Venue, and the Venue Pro keeps the texture, but is glossy. The Venue Pro has been awaited for awhile - it's the first WP7 device with a hardware keypad, and runs pretty potent hardware in the form of Qualcomm's QSD8250 under its hood, although this SoC has matured a bit.

Dell Venue Pro - the display either has a great blackness level, or WP7s themes make very good use of dark colours, although sunlight legibility is quite poor

Coming back to the phone, its neatly with the top and bottom tapering inwards towards the rear. The sides of the phone are finished in chrome, and while this might not wear well, it does add a bit of flash to an otherwise black device. The patterned battery cover has a bold "Dell" logo embossed on it, with "Windows Phone" written on the bottom. The 5-megapixel clicker and diffused flash are pretty much regular features on phones in this class.

The Phone is pretty thick, and heavy, rated at 192 grams - in fact the curved display makes it feel even thicker. It's comfortable to hold, the surface is slippery, but owing to the large grip one can grip it well.

Click next to check out more pics including some side-by-side comparisons, and the rest of our hands-on

Thinness err thickness redefined!
Compared to an E72. For the record, it feels about as thick as an N95 8GB, which was a pretty bulky device.
And compared to a Samsung i9000 (Galaxy S)
Opened up. Note the SIM slot, and absence of microSD slot - the Venue Pro comes with 8 or 16 GB of inbuilt memory. Textured battery cover looks nice, but the Dell Venue looks better. The battery is rated at 1,400 mAh

Moving to the sides, there's a camera key on the lower right side that offers reasonable feedback, and the volume rocker is 3 inches above this. Although flush fit in the body, the volume keys work well. The power button and 3.5mm jack are perched atop the phone, while a micro USB port with two speaker ports flanking it occupy the bottom.

The bezel on the sides isn't as wide as on the top and bottom. Below the display are 3 feebly backlit, touch keys - the Windows key in the centre and the back and search keys to the left and right of it respectively. These keys are large and widely spaced - so there are no issues using them.

[RELATED_ARTICLE]The display is quoted as being an AMOLED and is pretty good looking, although sunlight legibility is pretty awful. The display has good colour, although we'd like a slightly better contrast, blackness levels are good. The capacitive-touch is ultra sensitive, and it is easy to change tracks by just bringing your palm close to the screen surface, without actually touching it.

Clash of the QWERTYs - compared to a Nokia E72, note the similarities, although the Dell Venue Pros keypad is slightly wider, while the E72s keys have noticeably more bevelling, and Nokia assigns more shortcuts to their keys

We're working on bring you a detailed review soon - watch out for it, for the moment though, enjoy the pics.