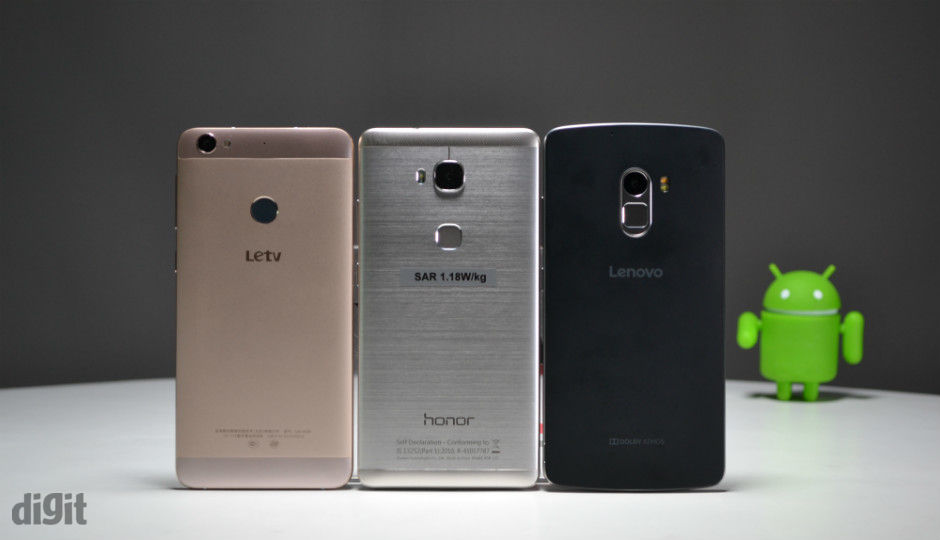 It took us a while, but we finally got our hands on all three of these at the same time. If you’re in the market for a new smartphone, chances are these three phones are what you’re looking at. Chinese LeEco (formerly known as Letv), Lenovo and Huawei have taken over the budget conscious Indian with the LeEco Le 1s, Lenovo Vibe K4 Note and the Huawei Honor 5X. The devices are priced around the same point, have fingerprint sensors installed and check all the right boxes. We've had the Le 1s and Honor 5X for a while now, and we finally bought the Lenovo Vibe K4 Note, just for this comparison. Here's what we found.

Kicking off with the performance, the MediaTek Helio X10 quite easily outperforms the Snapdragon 616 and MediaTek MT6753 SoCs on the Honor 5X and Vibe K4 Note respectively. While LeEco Le 1s is easily able to pull off 500+ frames on the GFXBench Manhattan Onscreen benchmark, the other two lie below the 400 mark. In addition, the 3D Mark test, which takes the entire system into consideration while testing graphics performance, also shows a similar difference between the Le 1s and the other two. In terms of regular performance, the difference is depicted quite accurately by Geekbench 3. 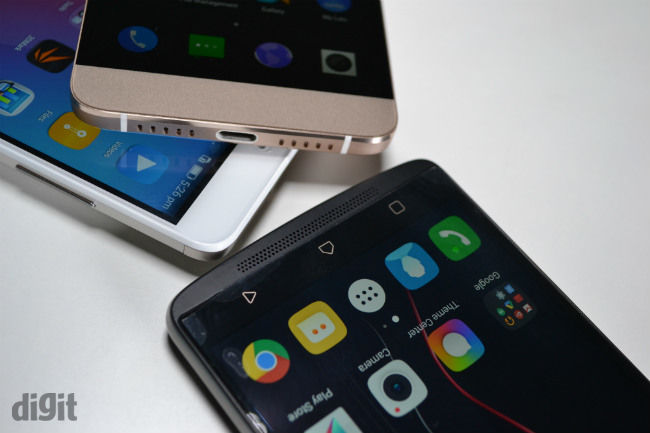 In terms of real world performance, the differences that we saw on the benchmarks are quite easily replicated as well. In addition, it seems that the Honor 5X isn’t very well optimised in terms of driver support for newer graphics. For example, the Manhattan 3.0 tests on GFX Bench can run on the Honor 5X, but the updated Manhattan 3.1 can’t. On the other hand, the Honor 5X also doesn’t support 5GHz WiFi bands, which can be a bummer for some.

From a performance point of view, while the LeEco Le 1s is easily the winner, between the Vibe K4 Note and Honor 5X, we’d have to choose the Vibe K4, since it’s better optimised. 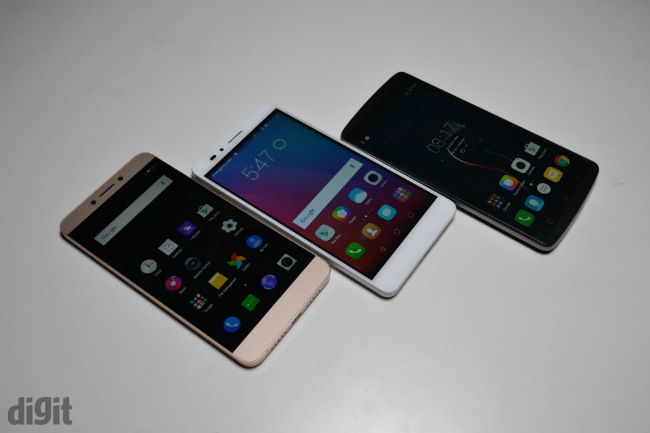 While all three phones have 5.5 inch FHD displays, this is another area where the LeEco Le 1s outperforms the other two. In terms of colours, while the Le 1s lies on the warmer side, the Honor 5X provides cooler colour elements. The Vibe K4 Note is somewhere in between the two. In our experience, the slight warmth of the Le 1s is something that many users prefer on their smartphone displays. More importantly though, the Le 1s does better with contrast and sharpness, which is what makes it the winner. 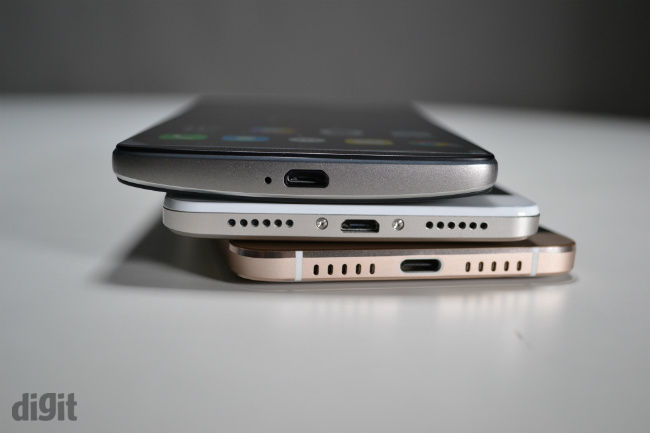 The Lenovo Vibe K4 Note lacks in all respects when it comes to the build. While the phone does have a metal frame, it feels like low grade metal. The matte plastic back on the Vibe K4 Note is no match to the metal on the other two, despite the fact that they don’t carry the best quality metal finishes. 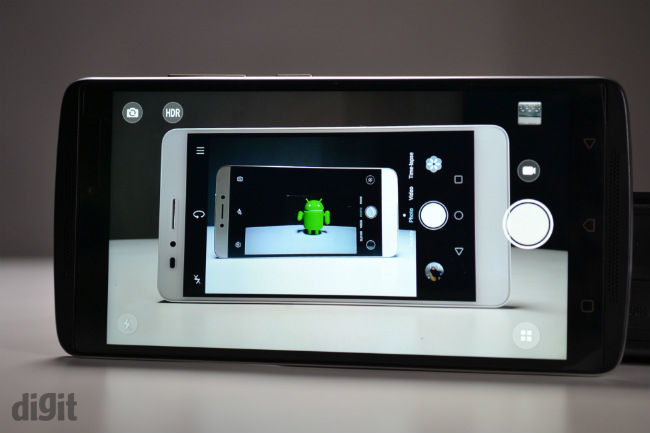 For all the other differences, the LeEco Le 1s royally lacks when it comes to the 13MP camera on the back. Compared to the Vibe K4 Note and Honor 5X, the LeEco Le 1s lacks sharpness and details. In addition, it tends to subdue colours, even in bright sunlight.

Between the Vibe K4 Note and Honor 5X, while the quality is very close, the Vibe K4 isn’t as fast to focus with the Honor 5X and often struggles to focus. That said, it’s worth noting that the Le 1s has the fastest camera of the three.

All things considered though, the Honor 5X shoots the best images, be it in sunlight or low light. It does better with details and provides sharper images, with well balanced colours.

Neither of the three phones really adds a lot of functionality from a UI point of view. While Lenovo has done a good job in making its Vibe UI closer to stock Android, the Le 1s and Honor 5X are much farther away from Google’s Android. That said, LeEco’s UI follows its Chinese roots, where its eUI is designed around the fact that the company provides a lot of content on the phone. As a result, the learning curve on this UI is steeper than the other two. 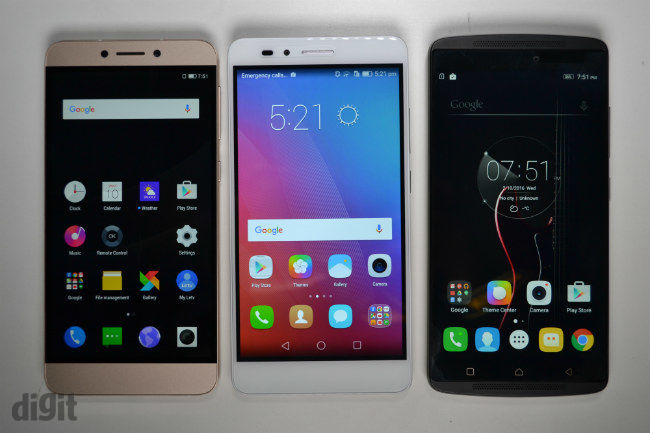 On the other hand, from an aesthetics point of view, eUI is ahead of the other two, and looks more modern. The final choice comes to the user, since none of the UIs really add anything groundbreaking to the devices.

While the LeEco Le 1s is definitely the winner in this comparison, you would have to compromise on the camera quite a bit. So, if the camera is of paramount importance to you and you don’t mind compromising a little bit on the other things, we’d recommend the Honor 5X. If not, the Le Eco Le 1s is the best phone to buy in this price range. The Lenovo Vibe K4 Note seemed nice on first impressions, but it just can't stand up to the current competition.