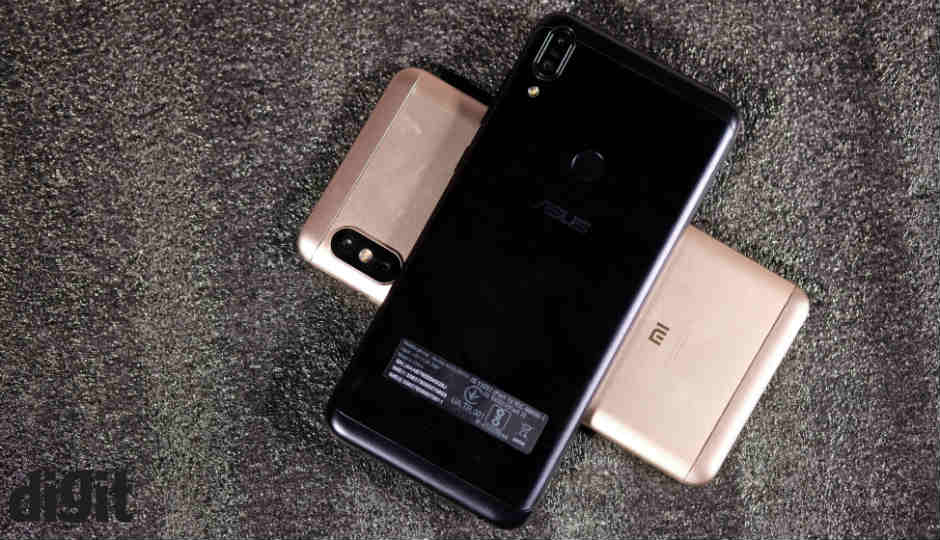 The mid-range market received a spec-bump in the form of the Xiaomi Redmi Note 5 Pro earlier this year. The phone upped the ante in terms of the hardware offered at that price, and surely enough, became quite popular with the masses. But not long after, Asus came out with the Zenfone Max Pro M1 with similar hardware but with two trump cards — Stock Android 8.1 and a cheaper price.

That makes for an interesting choice for the buyer. Xiaomi definitely has the fan following and has developed somewhat of a legacy in India after becoming the numero uno in the country in terms of market share. The company now sells phones in millions and availability is always an issue. Asus, on the other hand, haven’t had the best of times recently. But with the Zenfone Max Pro, Asus may have just cracked a formula of making a successful mid-ranger. The Taiwanese company has enough firepower in its offering to take on the Chinese upstart. More than that, instead of spending resources to builds its own UI on top of Android, Asus left things in the hands of Google by going with stock Android. Now, Stock Android is loved by one and all. It’s simple to use with minimal complications and much less taxing on the processor as compared to Xiaomi’s MIUI. All this combined makes both the phones equally enticing, but there can only be one winner, right?

In this article, we pit the two phones against each other and compare the UI, design, display and more importantly, their performance. We’ll do a full-fledged camera comparison of the two phones in another article.

The Zenfone Max Pro may be a little cheaper than the Redmi Note 5 Pro, but the company hasn’t compromised on the build quality. Both the phones sport metal bodies with the top and bottom sections made out of polycarbonate for network reception. Both phones rock the in-vogue 18:9 univisium display and vertically aligned dual cameras at the back. In many ways, the phones look and behave similarly. The devil is in the details.

An useful addition in the Zenfone Max Pro is that it comes with a triple card slot giving the ability to use a second SIM card and a microSD card at the same time. The Redmi Note 5 Pro doesn’t allow that, but Xiaomi does offer plenty storage on Mi Cloud.

It’s not just the design that’s similar in the Zenfone Max Pro and the Redmi Note 5 Pro. Both of them share the same chipset — The Qualcomm Snapdragon 636. For the uninitiated, the Snapdragon 636 takes the reins over from the popular and reliable Snapdragon 625. The new chipset is also manufactured on a 14nm process which renders similar power efficiency, but thanks to more powerful Kryo 280 cores clocked at 1.8GHz, the SD636 offers 40 percent more performance. 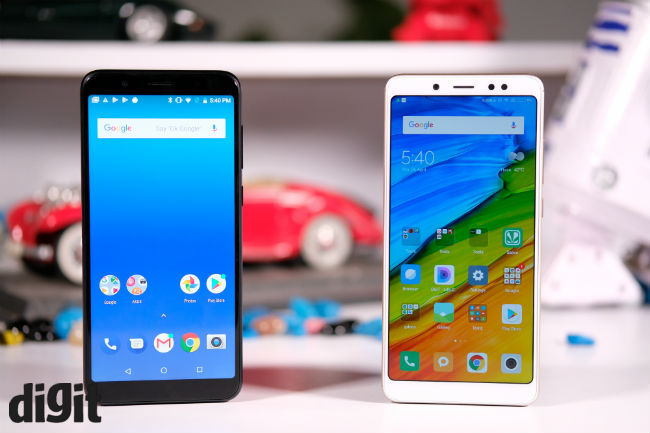 But how does the two fare against each other in real-world performance?

With the launch of PubG Mobile and more graphics-intensive Battle Royale multiplayer games coming out on Google Playstore these days, gaming performance is a crucial aspect of making the decision to buy a phone. Well, we played PubG Mobile on both the phones, and frankly, the experience was better on the Redmi Note 5 Pro. Even though rare, there were frame drops on the Zenfone Max Pro while Xiaomi’s phone handled it pretty well. Both the phones can only run the game on medium graphics, but that’s expected. Furthermore, there was some heating on the Redmi phone but Asus’ offering had better thermal performance.

Also, thanks to a larger battery on the Zenfone Max Pro, there wasn’t that big a drop in battery capacity as compared to the Redmi Note 5 Pro.

There’s enough firepower in both the phones to handle multiple apps opened at the same time. Split-screen works perfectly with minimal stutters and apps take mostly the same time to open. However, the Zenfone Max Pro running on stock Android 8.1 is more optimised and lightweight to handle all sorts of apps, which makes it a little more smoother in handling apps. We did face a few app crashes on the Redmi Note 5 Pro over the course of using it all these months.

The launch of the Zenfone Max Pro restarted the debate that was sparked by the Xiaomi Mi A1. Stock Android vs MIUI. Xiaomi’s user interface is now more useful than ever and also more optimised than before. The company has introduced a few nifty features that help a lot in using the phone in real life. But stock Android has its own charm. It’s lightweight, familiar and easy to use. Anyone who has used an Android phone before will feel instantly familiar with the interface. Also, Asus has promised regular Android security updates and version upgrades just two months after Google releases it. The biggest pain point of using a Xiaomi phone is that the company does not seem to care about providing the latest Android version. It has its own flow of things which makes the phone lose out on a lot of useful features like picture-in-picture and a more streamlined notification management.

Both stock Android and MIUI have their individual fan-following, but having seen smartphones evolve over the time, stock Android has so far proven to be the most reliable among all.

This Motorola Budget Phone Has Launched With Android 12 and a 90Hz Display
Samsung Galaxy M13 Looks Like a Familiar Exynos-Based Budget Phone: Details inside
Nothing Phone (1) With Transparent Design Previewed Ahead Of Launch
Xiaomi launches the Redmi Note 11T Pro series along with the Mi Band 7 in China
Motorola’s first 200MP phone will launch in July, could it be the long-rumored Moto Frontier?
Advertisements