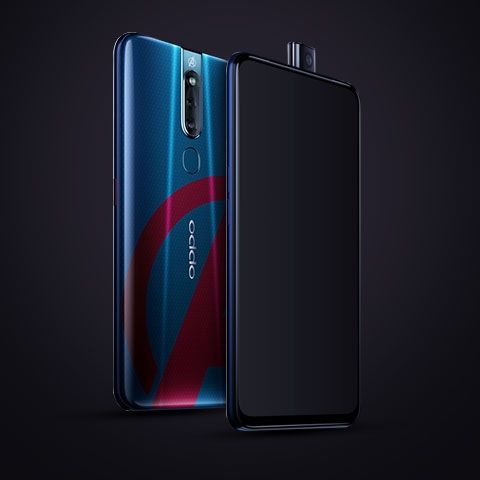 The most anticipated movie event of the decade is here. Avengers: Endgame has hit the big screen and fans of the Marvel Cinematic Universe are now learning how their favourite superheroes fared against the ‘Mad Titan’ Thanos. But don’t worry, we won’t spoil it for you.

You can check out the new phone on Amazon here.

When you take a look at all the Avengers individually, you’ll notice that every one of them brings something unique to the table. As Iron Man, Tony Stark offers the technological expertise and resources that a team like the Avengers would need. The strong will and determination offered by Steve Rodgers, A.K.A Captain America ensures that the team never falters in the face of overwhelming odds. Thor Odinson brings with him god-like energy and enthusiasm to take on any challenge (while looking good). Black Widow offers the flexibility to take on any role that is required by the team, while Hawkeye offers pinpoint precision that is required in tough times. Then of course, there is the Hulk who offers pure brute strength, which is always handy in a pinch. 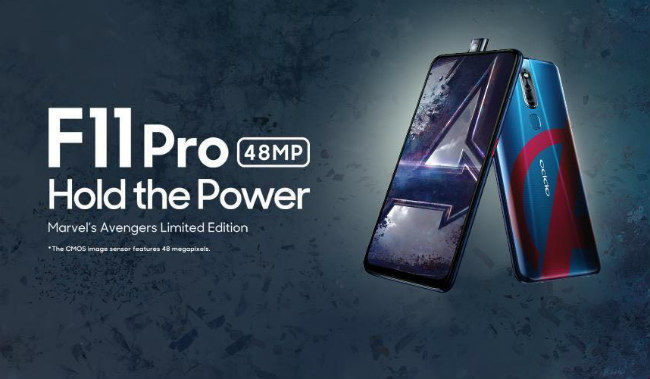 Individually, each hero is very good, but together, they create something greater than the sum of the parts.

Just like the Avengers, OPPO also brings together various different components to create the OPPO F11 Pro Marvel’s Avengers Limited Edition. The phone packs a 6.5-inch Full HD+ display with a resolution of 2340 x 1080 pixels. At the heart of the phone is an Octa-core MediaTek Helio P70 SoC that powers the whole phone. Aiding it is 6GB of RAM that helps make sure things run as smoothly as possible. At the back you get a dual camera setup featuring a 48MP + 5MP unit. At the front, the phone packs a 16MP pop-up camera that hides away when not in use, so you do have to deal with a notch on the display. The phone also comes with a 4000mAh battery with VOOC Flash Charge 3.0, for speedy charging.

The Avengers are a very special group, and that’s why OPPO aims to offer buyers of the OPPO F11 Pro Marvel’s Avengers Limited Edition something special as well. The phone offers a whopping 128GB of storage, which is double of what the standard edition offers. Further, you also get a unique Avengers themed livery. This includes a new Space Blue colour with intricate hexagonal patterns. On top of this, the phone comes with OPPO’s distinctive gradient effects, which change depending on the ambient light. So it will go from Steel Blue to Midnight Blue as you turn the phone in your hands. Then there is a bold red Avengers ‘A’ logo that stands out on the blue background and will let everyone know that you have something special in your hands. 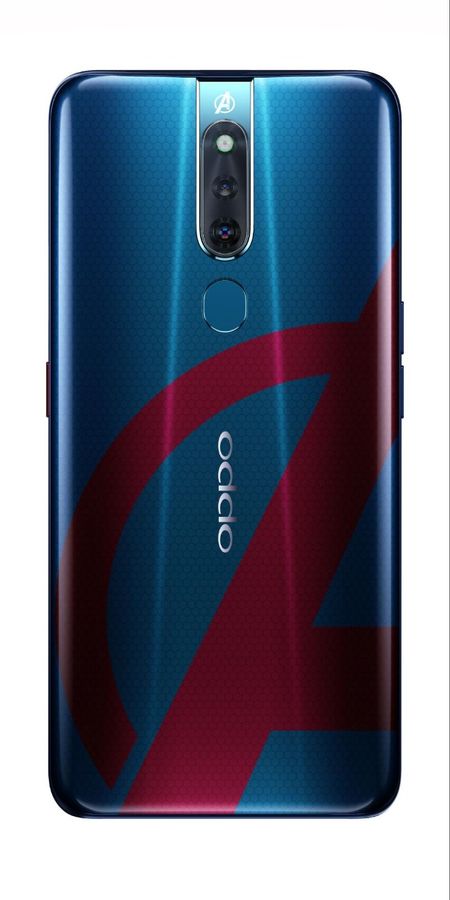 Thanks to its unique design and a slew of features, the OPPO F11 Pro Marvel’s Avengers Limited Edition makes for a very interesting memento that marks a culmination of a cinematic universe that took over a decade to create.

Are you ready to hold the power of OPPO F11 Pro with us?
Watch Marvel Studios ' #AvengersEndgame in theaters April 26.#OPPOxAvengers #HoldThePower pic.twitter.com/M4yqZWBsCQ