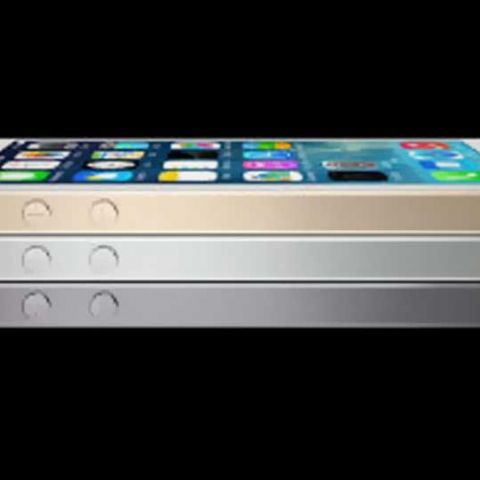 For what is essentially an “S” cycle upgrade, the iPhone 5S has bucked the trend we had seen till now. The iPhone 5S is NOT an incremental upgrade, like the previous “S” versions. And, there is more.

But despite whatever is new and whatever isn't, the foundation of any comparison begins at the roots - the design. The iPhone 5S is the perfect example of a bit of a new, with a dollop of the old. For all the talk about being the next big step for the iPhone, the 5S looks exactly like the 5, on the outside. If you were a fan of the iPhone 5's aluminum chassis and chamfered edges, you will feel a warm sense of familiarity here. However, the colour options have been tweaked - space grey, silver and the attention grabbing gold. However, the bad part about this is the 5S will possibly retain the same susceptibility of scratches and nicks, even though Apple says that the newer more metallic colours will make the 5S a tad more resilient to the aforementioned evils.

Between the 5S and the 5, almost nothing seems to have changed in terms of aesthetics. The form factor, the dimensions and the weight remain exactly the same as the predecessor - 123.8 x 58.6 x 7.6 mm and 112 grams. If they don't look very closely, or you're using the golden iPhone 5S, most people may not even notice the difference. Unless someone can point out the dual LED flash at the back, or the redesigned home button which now hosts the fingerprint scanner.

Apple has been lectured quite often by people who seem to know better, about the presumed reality that a 4-inch screen isn’t big enough for a modern day flagship smartphone. The examples cited are of the latest Android flagships. However, Apple has remained with the 4-inch Retina display (1,136 x 640 pixels) as on the iPhone 5. Maybe a bigger screen will arrive with the next iteration, but for the moment, those of us who do not like carrying around humongous phones are quite happy.

We don’t really understand the logic of claiming iOS 7 as a unique point to the iPhone 5S, just because it comes with this OS out of the box. All compatible iPhones are eligible for the update, and if reports are to be believed, more than 70% of the eligible iOS devices have already upgraded to iOS 7.

But, the big change, possibly the biggest, comes with the new power package. You have the 64-bit dual core processor, teaming up with the M7 motion co-processor and a beefed up GPU. There aren’t many third party apps that can take benefit of the 64-bit architecture, but that just means two things - the iPhone 5S' power package is designed to be future proof and app developers will sort themselves out and provide the compatibility soon enough. The same goes for the M7 motion processor. The M7, on its part, collects data from the accelerometer, gyroscope, compass, etc., and can change app behavior depending on those readings. All those fitness apps, can easily utilize this processor with lesser load on the main processor and subsequently the battery.

Another important upgrade is the Touch ID. Yes, biometrics have been done before in smartphones, but that hasn’t gone too well. Motorola’s effort with the Atrix 4G is one such example. We have just started using the iPhone 5S, and setting up the Touch ID was a rather easy activity, once you get it to register the fingerprints. You can also have multiple fingerprints registered, in case more than one person will be using the phone. The fingerprint sensor is integrated into the home button itself and is protected with a sapphire crystal layer. The silver ring encircling the home button is the only visual give-away that this isn’t the iPhone 5’s home button! However, we need to really use this feature exhaustively to tell you whether it is any good. But, the fact that we don’t have to enter the iTunes password every time we download an app, as the fingerprint does the job, has us sold. If only more apps that we use could utilize this, but time will tell!

We had the time to run a couple of benchmarks on the iPhone 5S. You can check the scores in the graphs below and compare them against those posted by the iPhone 5.

Do stay tuned for the detailed performance comparison and review of the Apple iPhone 5S.

Check out our first impressions video of the iPhone 5S below.

Asus could be working on Zenfone Mini compact flagship, ROG Phone 5 launch expected by April
Xiaomi Redmi Note 10 Pro vs Realme 7: Pricing and specifications compared
Asus ROG Phone 5 to launch on March 10 in India: Watch the launch event live here
Realme C21 specifications and images leaked ahead of launch on March 5
Apple may launch a folding iPhone in 2023, screen size said to be same as the iPad Mini
Advertisements