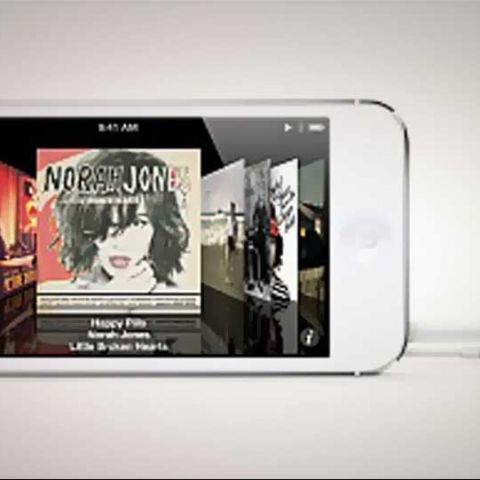 Last night Apple unveiled to the world their sixth generation smartphone, the iPhone 5. The device was pretty much a culmination of all the rumours that have been doing the rounds since January and the launch felt like a really bad kept secret.

Nonetheless, the iPhone 5 has received some good first impressions from the people who got hands-on time with the device at the launch event.

Today’s flagship smartphones are not only about the looks and style but also about the power under their hood and what new they bring to the table in terms of their features and performance. So here we take a quick look at the specifications and the USPs of the iPhone 5 versus other flagship smartphones – the HTC One X, Samsung Galaxy S III, LG Optimus 4X HD and the Nokia Lumia 920.

The table below is a comparison of the specifications and unique features:

From the above chart we can notice a few similarities between all the flagship devices. For starters all of them boast of 1GB of RAM making them quite snappy, with smaller load times. The front-facing camera on all the devices was 1.3MP except the Galaxy S III, which has a 1.9MP camera. All the Android-powered smartphones run on ICS straight out of the box. All the phones feature a 720p HD resolution displays.

When the iPhone 4 was launched, it brought with it the revolutionary Retina Display. It took the competition nearly a year to catch up and bring about displays that boasted of an HD resolution (most commonly 1280x720). What’s disappointing to see in the iPhone 5 is that even though the size of the display has gone up to 4-inches, the resolution of the display has lost its edge when compared to the competition. The iPhone 5 has a pixel density of 326ppi. That brings it close to the Sony Xperia ion, which has 323ppi. The clear winner from the above table is the Nokia Lumia 920 with 332ppi. This doesn't mean that the displays on the other smartphones are bad, it’s just a reflection that Apple, the company that once held the benchmark of smartphone displays, has lost the edge it once had in the game.

The Xperia Ion has the biggest camera sensor of the bunch, however, as we have seen its low-light performance is nothing to write home about - something the PureView camera on the Lumia 920 apparently excels at. We will have to wait and see what wonders the iPhone 5’s camera can perform. It brings with it a bunch of new features such as improved optics, an f/2.4 aperture five-element lens, a BSI sensor, Hybrid IR filter and it is roughly 20 percent smaller than the iSight on the 4S. It also features a new panorama mode that allows users to create images that are 28MP wide when stitched together. We will reserve our opinion for which is the best smartphone camera when we put them through their paces ourselves.

In terms of the battery life, we have tested all the devices except the Nokia Lumia 920 and of course, the recently launched iPhone 5. All the tested devices last for nearly a day and a half except the LG Optimus 4X HD, which boasts of 2,150 mAh battery, and lasted us for almost two days with average use. Apple promises the following battery life for the iPhone 5 – 3G talktime/browsing up to 8 hours, Wi-Fi browsing up to 10 hours, video playback up to 10 hours, music playback up to 40 hours, and a standby time of up to 255 hours. If it delivers anything like the promised figures, it should be amongst the less power hungry offerings.

The Apple iPhone 5 certainly goes a long way in redefining slimness, with a thickness of just 7.6mm. If the svelte nature of a phone truly matters to you, the iPhone 5 stands out from the rest of the flagship smartphone crowd - the next slimmest device is the Galaxy S III, at 8.6mm.

The new iPhone runs on Apple’s latest iteration of its mobile OS – iOS 6. Apple announced iOS 6 at WWDC 2012. The company has revealed that iOS 6 will be out on September 19 and will be compatible with the following devices – iPhone5, iPhone 4S, iPhone 4, iPhone 3GS, the new iPad, iPad 2 and the iPod Touch 4th gen.

With iCloud and iOS 6, Apple has a new feature called Photo stream. Apple has also brought panorama mode to the iPhone’s camera in the new OS.

We have seen the capabilities of iOS 6 and Apple showed us another glimpse of the new features of the OS. As we reported earlier, Apple has ditched Google Maps for a Map app of its own. Maps for iOS 6 has been updated with features such as POI’s (Point of Interests) along with turn-by-turn directions, satellite imagery, and 3D view. Apple has also ditched YouTube as a native app on iOS and now users will have to download it from the App Store.

In iOS 6, apps such as Safari open in full screen mode. Apple showed off this feature on the iPhone 5 and it looked quite good.

We really had high expectations for the iPhone 5 and just how Apple would try to outsmart the competition. Frankly however, we were left a tad disappointed. Not because the device won’t deliver what it promises, but because it is exactly what we have already seen in the leaks that have been making the rounds on the internet since January.