The Mobile World Congress has come to an end and we saw some amazing devices were announced by various manufacturers. One of the most popular and highly anticipated flagship smartphone was the Samsung Galaxy S5. The smartphone was unveiled and it was nice to Samsung making an effort in terms of new features. The design is almost similar to the S4 but now the glossy back is gone (finally) and it boasts features like a finger print scanner, a heart rate monitor, water resistance and so on.

But how well does it stand in front of the latest flagship smartphones from Sony and LG? Well we have a specs comparison for you to compare and see which smartphone has better specs. We have also added the Galaxy S4 to see the improvement of the S5 over its predecessor. 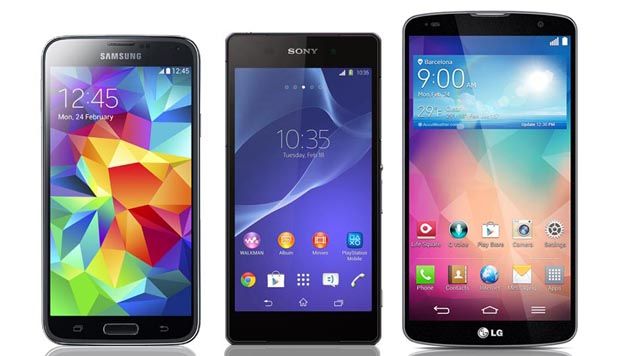 Looking at the table, it seems that the Galaxy S5 and the Xperia Z2 are actually neck to neck. The LG G Pro also offers some high-end specs, but it seems just too large with its 5.9 inch display. Comparing the S5 with the S4, it has certainly gained some weight and size. To be honest, apart from the improvement in specs, the S5 looks way better than the S4. The S5 is expected to hit stores in March and we expect Samsung to launch Exynos version of the smartphone in India rather than the Snapdragon version just like they did with the Galaxy S4.