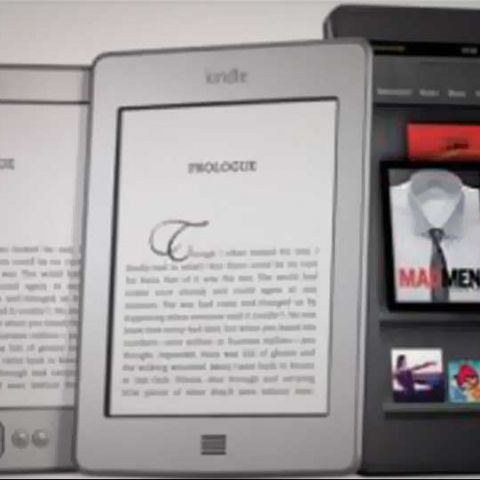 We had been hearing about the Amazon tablet for quite some time. The rumour mill has been put to rest after yesterday’s event in New York. The Amazon Kindle Fire, yes that’s what it is called, is the addition to the updated Kindle lineup. The Fire is the most expensive device in the Kindle range now, with the updated Kindle being the most inexpensive. The Kindle Touch and the Kindle 3G are the mid-range devices.

Here is what the Kindle Fire has to offer.

When is it finally available? What is the price?

The U.S. release date is 15 November 2011, but no confirmation on the India availability. The U.S. price is $199. But then again, you might just order this from one of the global shopping sites and not wait for the “official” India launch.

If you are one of the impatient ones, you may well go and pre-book this at ShopYourWorld.com. We have seen pre-bookings go live at http://amazonin.tarazz.com/Kindle-Color-Multi-touch-Display-Wi-Fi/dp/B0051VVOB2

Amazon says the Fire is “small and light enough to hold in just one hand and carry everywhere you go”. Well, decide for yourselves. The weight is 413 grams and the dimensions are 190 mm x 120 mm x 11.4 mm.

It has a 7-inch IPS panel with a resolution of 1024 x 600 pixels. And this is the Gorilla Glass version as well. We had heard rumours that the Amazon tablet will be a 10-inch one, but it isn't, at least at the moment. Don’t bet against that for the inevitable 2012 update though.

Few details available about this one, but what we know is that it has the ARM derived OMAP chipset from Texas Instruments with a 1GHz dual core processor. More details are awaited.

This one falls in the Android tablet category, but is a heavily customized for Amazon version of the Android 2.0 series. This is not an Android 3.0-based OS version.

Why this has been done is to bring the Amazon services on the center stage- Cloud Player, Cloud Drive and the Kindle e-book feature.

No, it is not a new clothing line from Amazon! This is the name of the new web browser that comes in the Kindle Fire. This one will connect to the Amazon EC2 computer cluster, most likely to increase browsing speeds by compression. Opera has been doing this for a long time on their web browser. The Silk, over a period of time, remembers which web pages you visit most often, and preloads them.

Connectivity on the Fire

This is a watered down version of what would have been a full-fledged tablet. And it shows in the fact that the Fire has Wi-Fi connectivity but no 3G. Maybe that will be arriving with the next update of the device.

There is 8GB built-in storage in the Fire. No slot for expansion via a memory card though.

Amazon will bundle quite a few apps on this tablet. Facebook and Twitter, the inevitable ones. Beyond that, the U.S. version will also get Netflix and Pandora. We are sure the non-U.S. versions of the tablet wont get these apps. Interesting to see of Amazon substitutes with some locally available (by that we mean regionally) services, or just forgets about that altogether. Also bundled is the Amazon Cloud Storage.

If you have been using the Kindle e-book service, you would know what this is. For those who don’t, this feature allows you to synchronize all your purchased and downloaded content to be synced to every device you have signed in from. The Fire will come with the enhanced version of this feature, that’ll extend this to downloaded movies and TV shows as well.

This is not surprising at all. Amazon’s own Appstore for Android had been working out for this day, for quite some time. The Fire does away with Android Market, and replaced that with its own application store. How that pans out in the long run is a question, but Amazon may just make up for that US$50 loss for every Fire sold by charging for apps that may essentially be free on Android Market.