Airtel to hopefully launch iPhone 4 by October; we say - not likely 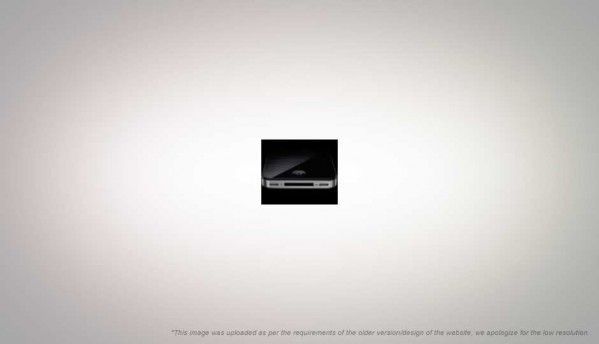 When the big man, Steve Jobs, announced that iPhone 4 customers would only receive free cases until September 30th, it seemed obvious that post that date, a ‘fixed’ iPhone 4 would be released into the market. Of course, Apple wouldn’t dream of using the word ‘fix’, because according to them, there never was any problem with their flagship handheld device.

While Jobs’ and Apple’s deflections didn’t reveal how this would affect the international release of the iPhone 4 – especially for those countries that were part of the second and third wave – we were sure that a definite delay was on the cards for India.

Now, with Airtel announcing that they will “hopefully” launch the iPhone in the September-October timeframe, instead of September that was indicated by them in earlier reports, we feel that anything can still happen, and that the iPhone 4’s India launch might well be pushed to the end of this year, even to the beginning of this year.

Why? Several reasons, all boiling down to Apple’s production capacity and consumer demand. It won’t take too long before customers put two and two together, and catch on to what Apple is trying to pull off: selling flawed phones with a makeshift fix until they can ramp up the production of the fixed devices. Potential customers in the know, now much the wiser, will simply hold off buying their iPhone 4 until after September 30th, at which point Apple stores will probably see a huge rush, again.

While we don’t know whether the fix can be performed on a flawed phone, or, a new device altogether is required, Apple will seriously face fixed iPhone 4 shortages again come October; that is unless of course, they get the whips cracking over at FoxConn.

If all this news hasn’t disturbed you yet, this will probably do the trick: the iPhone 4 is facing shortages elsewhere in the production line, specifically its glass screen. There have been reports that Lens Technology – the Chinese manufacturer of the iPhone 4’s glass panel who also makes glass for Huawei, Nokia, Samsung, Lenovo, and Motorola – is the major “bottleneck” in the iPhone 4’s “production pipeline”, and that it is barely managing to meet half of Apple’s targets. Reports have also suggested that the white iPhone 4 has had some problems with Lens Technology as well, who are finding it hard to get the “paint thickness and opacity” exactly right with their sub-contractor, in an already tedious process that involves innumerable steps.

Apart from these hurdles, there have been rumours of first-party case supply issues as well. With all this to digest, we can be sure that the iPhone 4, if it releases by September-October in India, will either be a flawed iPhone 4 (we seriously doubt Airtel or Vodafone will let that happen on a 40K device) or a miracle of production. Till then, we’ll expect the iPhone 4 only by November, at the earliest, and shake our heads at the amount things can get screwed up when a company is in a hurry to release a product, which in this case resulted in some serious hardware flaws, lawsuits, and bad PR. This might also serve as a lesson for us all not to get our hopes up!

Apple could rebrand iPhone 15 Pro Max as iPhone 15 Ultra, renders surface online
Apple could release iOS 16.2 soon: Here's what we know about the upcoming version of iOS
Redmi Note 12 Pro 4G rumored to be launching soon in India, but it may not excite you: Here's why
Realme 10 Pro+ launching in India: Here are its top 3 features
Infinix Hot 20 5G launched in India with "Shuddh 5G": Here are the phone details
Advertisements