5 reasons why the Nexus 5 should be your next phone 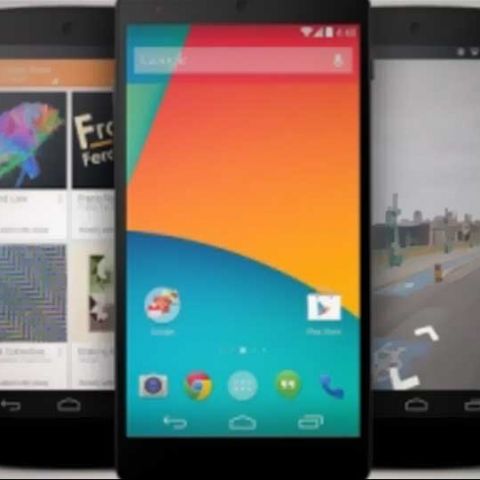 From what we have read, heard and seen, the Nexus 5 is a pretty badass phone. I have had the pleasure of using the phone for a short period of time and it is a wonderful device.

If you are in the market to pick up a flagship smartphone, then you are spoiled for choice as we have the likes of the LG G2, Galaxy S4, HTC One, Xperia Z1 and more fighting for the spot of the best Android phone available in the market.

If you are confused or wondering whether you should pick up a Nexus 5 or not, we give you five reason the Nexus 5 is worth considering.

Kicking things off, of course, are the specifications of the tablet. The smartphone has a 4.95-inch True HD IPS Plus display with a 1920x1080 pixel resolution giving it a pixel density of 445ppi. Under the hood, a 2.26GHz quad-core Qualcomm Snapdragon 800 processor coupled with 2GB of RAM powers the device. The rear of the smartphone has an 8MP camera with OIS and the front has a 1.3MP camera. A 2300mAh battery powers the smartphone. The device is available in two storage variants – 16GB and 32GB. This is a bump up when compared to the Nexus 4, which came with 8GB and 16GB built-in storage.

All the flagship smartphones available today offer some killer hardware and the Nexus 5 stands tall bringing the same hardware that is powering the LG G2. Sure, the battery is a mere 2300mAh but we think it can get the job done to last through a day at least.

Check out our video review of the Nexus 5 in the image below.

The prime reason why anyone would pick up a Nexus device is the vanilla Android experience. The smartphone runs on Android 4.4 KitKat straight out of the box and keeping Google’s policies in mind, the smartphone will receive all major Google OS updates for the next 18 month. iOS may roll out its updates globally on day one, but this is usually faced with download errors and other issues. The Android 4.4 KitKat update is available for the Nexus 4 and it will take a few days to hit Nexus devices in India but when it does, the roll out will be very smooth. If you want to be the first to receive the Android updates, then the Nexus 5 should definitely be your weapon of choice.

If you are someone who likes skins overlaying the OS, the Play store has a large number of paid and free skins and themes to choose from.

From those prices, it is evident that the Nexus brings with it some great hardware at a more affordable price when compared to what the competition has to offer. You can take a look at our in-depth comparison of the specifications of the flagship smartphones here.

The 5-inch 1080p display of the smartphone has a True HD IPS panel and a pixel density of 445 ppi. On paper, the display is the same as the LG G2 and the G2 has a display to die for. It has great viewing angles, is very vibrant and vivid. Put simply, it’s one of the best displays we have seen on a smartphone.

One of the biggest pros and cons with the Nexus 4 was the build of the smartphone. Taking elements from the iPhone 4, the Nexus 4 had a glass back that made the smartphone look really sexy. The downside was that one drop and the rear glass panel would break.

This time around Google has gone with a safer bet when it comes to the build. Rather than a glass back like the previous Nexus, now you have a rubberized finish very reminiscent of the Nexus 7 2013. The device is comfortable to hold, and the build, though simple, is great. The smartphone may not turn heads like the Nexus 4 but the bigger, bolder Nexus branding at the back is sure to garner some attention. The smartphone is available in black and white and Google is selling some accessories on the India Play store as well.

If you are one who is interested in picking up a Nexus 5 can do so from the Google Play store or from eBay.