15 ways in which mobile phones changed our lives, without us noticing 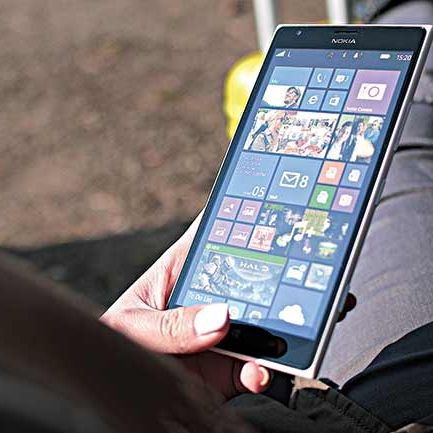 You may not realise it, or be too young to remember how life was before mobiles, but we do...

After a weary day of work, all we really want to do is crash on our bed, and pass out into the blissful realm of sleep. But guess what? We can’t (or don’t) really do that without posting roughly a few hundred status updates on Facebook, complaining about the traffic on Twitter, or laughing at weird people on Tumblr. Most of which we do after we’re done with our daily routine, in bed.  Although, after a day of staring at a computer screen, you’d think staring at another screen for hours pointlessly would feel like a bad idea, and yet we do it! 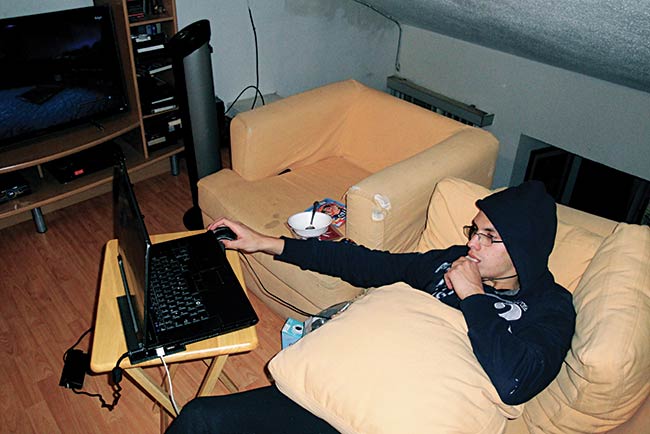 2. Made you averse to actual human interaction

With the rise of telephonic conversations, it’s easier than ever to pick up a phone and call other people. However, it has robbed people of the actual fun of meeting other people and talking to them. You can talk for hours, on text,  but when you meet someone, in the flesh, it is difficult to even maintain a short conversation. We’ve become so used to to-the-point conversations, that long, winding conversations seem like a waste of time. Even having long telephonic conversations are considered to be pointless and time consuming. One prefers exchanging texts with another person, rather than talking to them face-to-face. 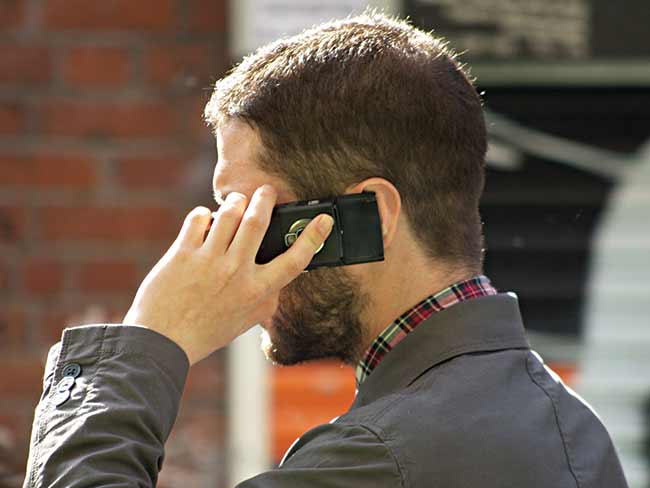 Travelling by public transport is a daily labour for many of us. Earlier, people were more inclined to bash your teeth out, if you so much as accidentally brushed againt them. After the meteoric rise in smartphone sales, everyone has a smartphone, and the moment they get onto the train or bus, they plug their earphones in, and enter their own little worlds, making them a lot less inclined to maim you, if you nudge them accidentally.

Whether it be watching funny cat videos, or listening to music. It has made daily commute a lot more tolerable for a lot of us. There are finally more interesting things to see than some else’s armpit or nose hair in our crowded transportation. 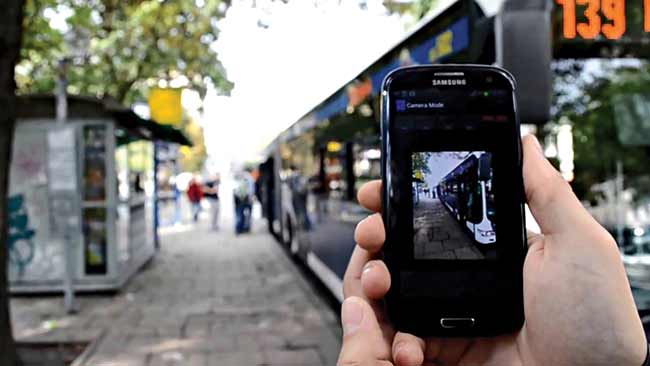 4. Made you trigger happy

After mobile phones with cameras became common place, almost everyone can be seen toting around a camera phone, taking pictures of whatever they find interesting. From Snapchat to Instagram, anyone with a smartphone will invariably click a picture of whatever they’re going to eat, and then post it to social media or chat groups, or whatever they can think of, whilst their food gets cold. Then there’s the trend of obsessive selfie-clicking that we cannot fathom. Phones have made the lives of students easier though, as sharing of notes is easier than ever before. 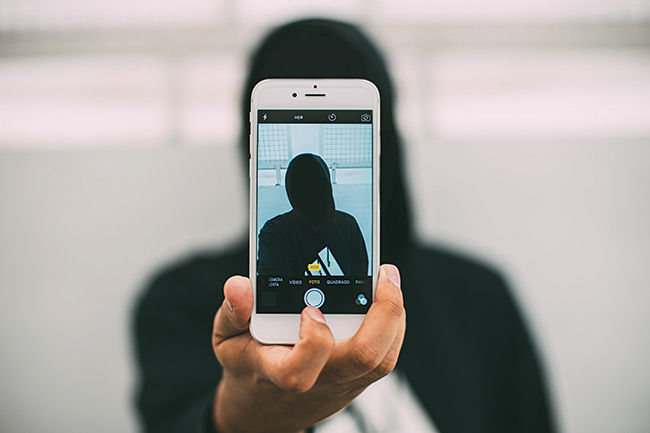 Since the invention of mobile phones, manufacturers have been looking for newer ways to make a mobile phone more useful than it already is. Almost all basic phones come with alarms, and they have multiple customising options too. From the ring tone, to the number of times it rings. After the dawn of smart phones, reminders and calendars have become an indispensable part of smartphones – there really is no excuse for forgetting an anniversary, or a deadline anymore, and that’s not necessarily a good thing for some of us. 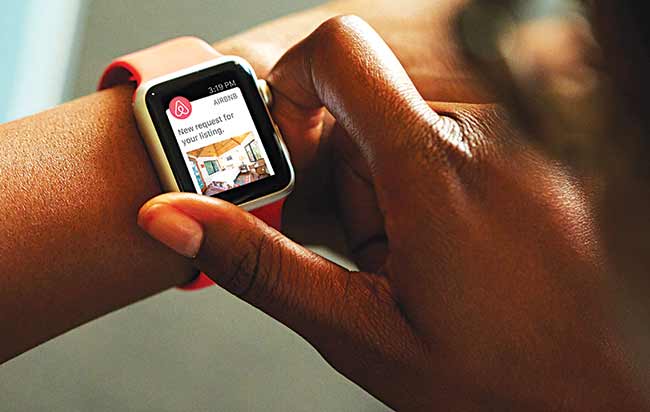 Once you get a new mobile phone, it never leaves your side. More faithful than a dog, and certainly interacted with more, your phone is your best buddy. It’s also the reason why you can be contacted and disturbed anytime, anywhere. Asleep? Your phone doesn’t care. It will invaribly ring when you’re in the shower, the loo, in a meeting, having a romantic time, in the hospital, dead... whatever! Not just ringing, texting has made it so that no one thinks twice before messaging you at 3 am, and we’re so used to being contactable that waking up to read messages is almost normal for too many of us. 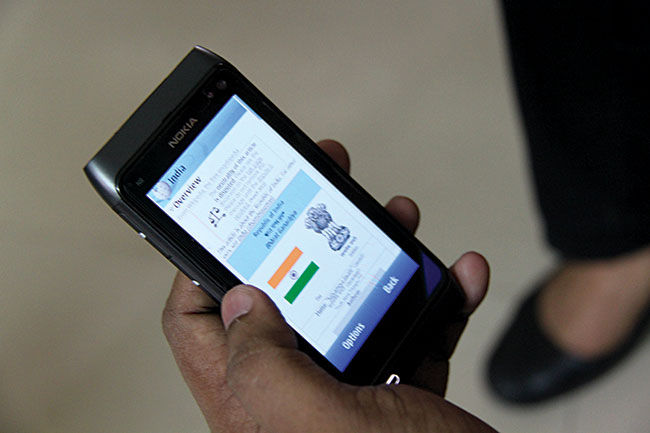 You’re on a train? How novel! You’re eating cake? Wow, can we watch you do it? What’s the guy sitting in front of you on the train wearing? Really? He has the exact same shoes as you? No, we’re shocked that someone else also bought the same mass produced shoes as you. Honestly, we really overdo the compulsive updating sometimes. 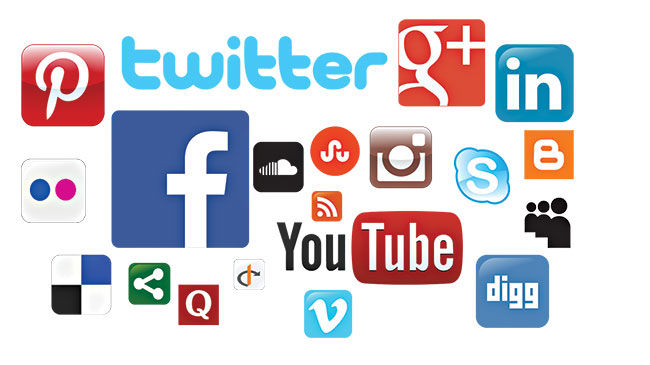 No matter where you are, you’re usually connected to the internet. It almost feels like someone blinded you, or hacked off a leg when you realise that you don’t have data access somewhere. how are you supposed to find your way anywhere without Google Maps. What? Ask for directions? Are you kidding? 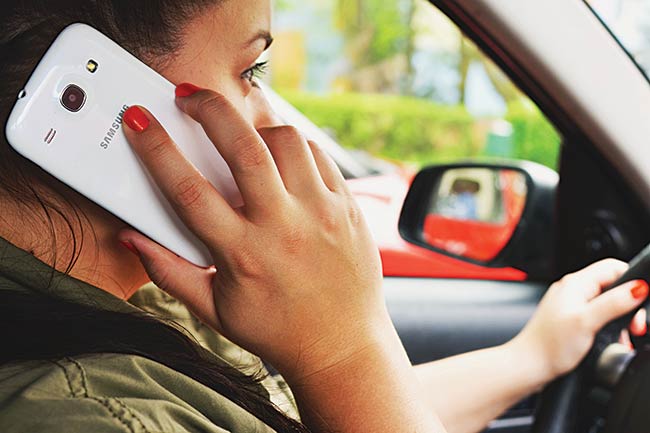 9. Doesn’t let you get bored

Whether you’re waiting at a bus stop, or doing nothing in particular, your smartphone always has something or the other to make your wait, or your life seem less dull. From games, to books and newspapers, the internet has it all. It’s no wonder that battery technology is what everyone hates. There’s nothing more boring than being stuck waiting with a dead phone. We’d say talk to other people, but they’d be irritated that you were distracting them from their phones, so we can sympathise! 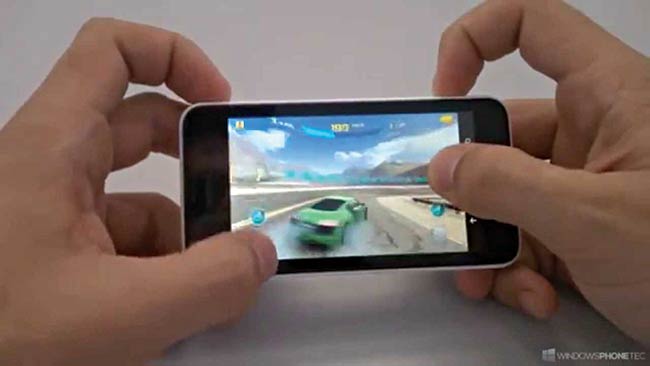 Whatever you can think of, there’s an app for it. Ordering food? There’s a few hundred apps for that. You don’t even have to call them. Just start the app, select what you want, and send them the order. You don’t even have to look for the menu, or even make the effort to call them. Even calling for a cab. You don’t have to wait by the side of the road, waiting for a cab to turn up. You can ask for one, on the app, send them your location, and they’ll tell you when the cab is nearby. 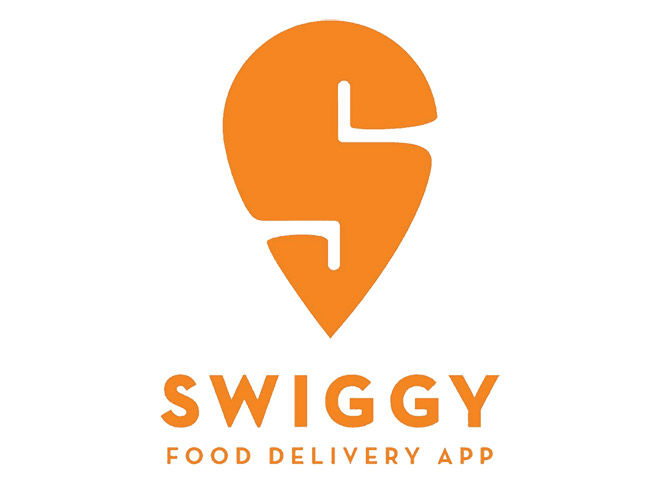 A phone is not just a means to make calls or send text messages, anymore. It’s become a camera, a map, a notepad, a computer, and even a mirror, all crammed into the little device we so casually carry around in our hands. It’s made life so much easier for us, because we don’t have to carry around any of those things in our bags or pockets. It’s even become a key, for some smart lock systems! 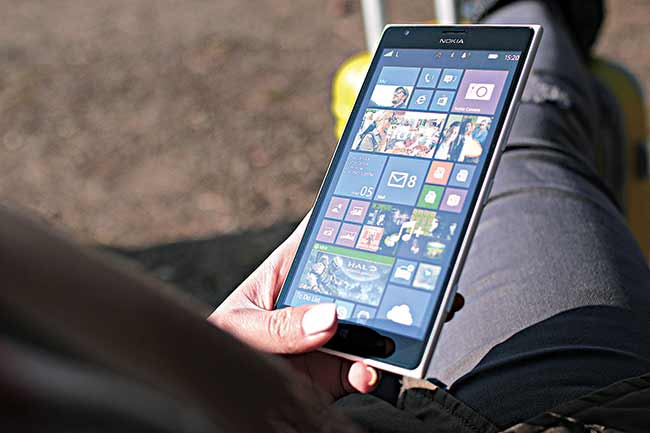 Mobile phones are getting sleeker, thinner, and more elegant looking by the day. Every generation of smartphones is thinner, and better built than the last generation. They’ve also become a bit like status symbols. Where, if one is seen carrying around a high-end phone, it might be a direct correlation to their economic status, or coolness factor. 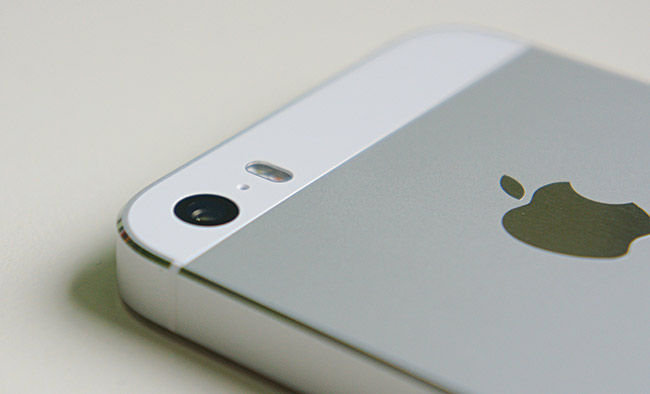 Mobile phones have made it simpler for parents to contact their children and have made it easier for them to keep track of their children’s activities. It’s even helped children check on their parents, through a number of apps, and even have face-to-face conversations, with them.

On the other hand, parents also think that smartphones affect their child’s academic performance, and take away the smartphone, which they believe is the culprit. That might lead to a few bitter exchanges between them. Plus, phones have only made you closer to parents who live far away, if you’re in the same house, parents often complain that phones have made you more distant! 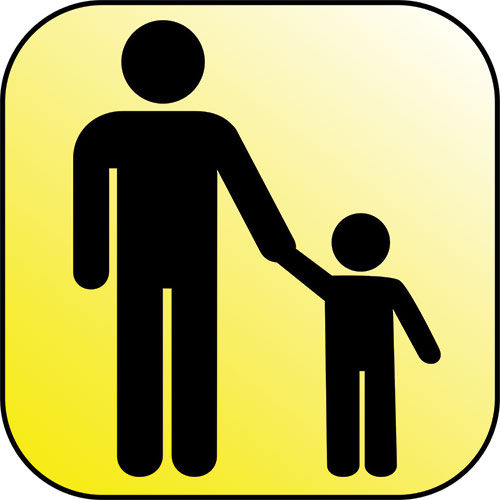 14. More power to the common man

With information being shared instantaneously, across the globe, it is easy for the common man to keep up with the various happenings in the world. From the death of a celebrity, to a government being overthrown, we get all the updates, from all over the world. It’s not just news, but weather updates, and learning how to maximise crop efficiency, etc., all of this has helped the common man across the globe. Of course, “common” here means at least being able to afford an internet enabled phone! 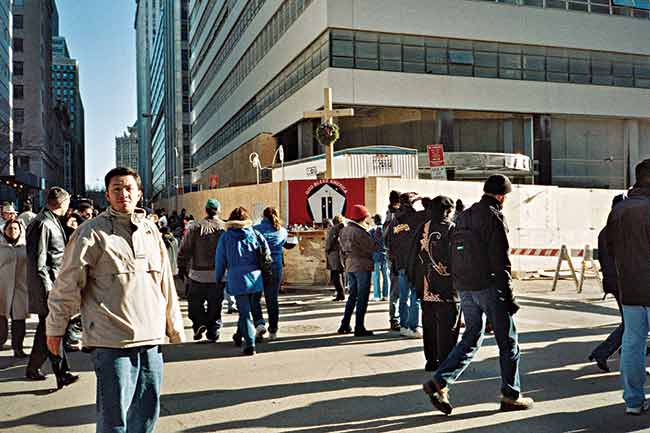 15. Have made it easier to socialise in real life

We know we’re directly conflicting with point 2 in this list, but we do so on purpose. Although phones may have cut down actual human interaction to a minimum, we think that’s not so for the people you really want to meet and hang out with. When it comes to friends or lovers, phones have enabled us to communicate and plan get-togethers despite the busy schedules we all seem to lead. When you want to meet as a group, just start the plan in a group chat. Phone’s have also made it easier to meet new people with the same interests as you, and plus, there’s always Tinder... 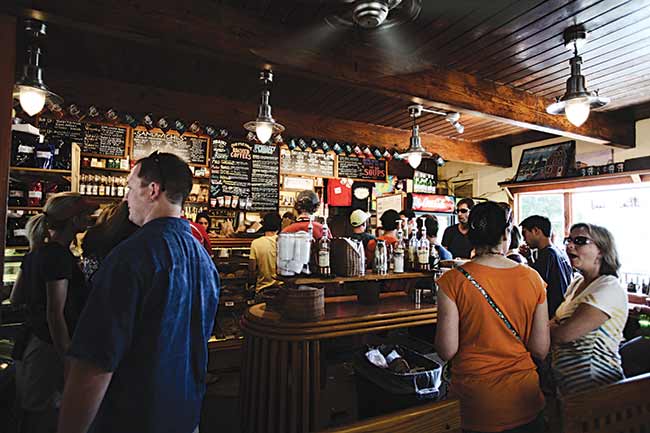