10 things you can do with a phone with 10GB RAM 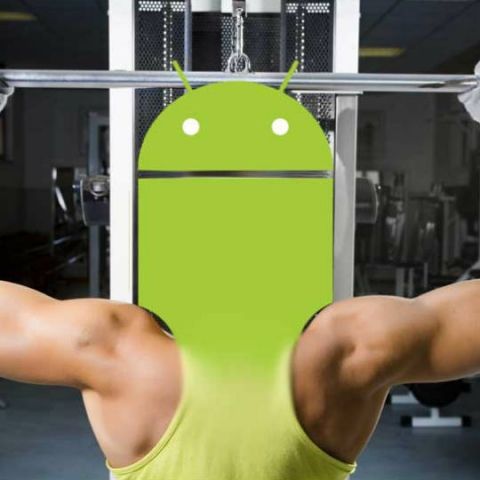 Like age, the amount of RAM on a smartphone has become just a number. It keeps increasing every year and if rumours are to be believed, 2018 is going to see a phone with most RAM ever. RAM will hit double digits this year, going by a Weibo post which states Chinese phonemaker Vivo is developing a phone with 10GB of RAM and 512GB of storage. Called the Vivo Xplay 7, it will succeed the Vivo Xplay 6 which was an overkill in itself with dual curved displays, dual cameras and the flagship Snapdragon processor of its time.

Frankly, I’m not surprised. The spec-sheet may have simmered down a bit, but it’s far from over. Companies still want you to believe a magnitude increase in hardware will lead to better performance, and they are not planning to stop anytime soon. Like last year, when the first 8GB RAM phone landed up in India, many went through the futile exercise of justifying the need for that much RAM on a phone. But futility notwithstanding, it’s part of the job to tell you guys the advantages a new generation of technology will bring to the table.

So without further ado, here’s 10 things you can do with a phone with 10GB of RAM.

Any and every game available on the Google PlayStore will run on maxed-out frame-rates and you will never face any lags. Be it Candy Crush or Modern Combat 5, or even GTA V if you manage to port it to your phone somehow, the phone will be able to handle it. Not that the best flagship phones can’t run them without lags, 10GB of RAM will MAKE SURE it never slows down.

On a more serious note, since the mobile GPUs are integrated in the chipset, it relies on the RAM on the device for the VRAM that is required. So more RAM on the phone will allow the GPU to draw more memory for itself, ensuring a smoother performance over time.

The most obvious ploy by phonemakers to sell you a phone with way more RAM than required. Logically speaking, more the RAM, more apps you can keep open in the background. That means you can go back to an app you opened an hour before and start right where you left off. Of course, Google has optimised Android to do exactly that without feeding off huge amounts of RAM, but then again, with 10GB of RAM, you just can’t go wrong.

This is a no-brainer. You need more RAM to render high quality videos faster. With more memory to buffer, the phone will take less time to process and render high quality videos. So if you are a filmmaker on the move all the time, with no access to a high-end computer, 10GB RAM will change your life. That is, if there is an app capable of utilising that much memory to give you the results that Final Cut Pro running on a Mac will give. Good luck, finding one.

Chrome eats RAM like a stoner hogging the entire fridge. With 10GB of RAM, you can finally challenge Chrome to an all-you-can-eat contest and reach that point when Chrome will simply give up and apologise for eating so much memory. If only Google didn’t already optimise the browser to take up less resource anyway. Dammit! That’s a missed opportunity.

5. Enjoy the most fluid interface

Remember how the OnePlus 5T was built for speed. That’s because of the optimisations in the software as well as a combination of the chipset and 8GB of RAM. With RAM reaching double digits, you can expect the Vivo Xplay 7 to never, ever slow down, no matter how buggy the software is, or how many apps you have kept open in the background. The UI will actually reserve a lot of RAM just for itself to make scrolling and swiping more fluid. So the next time you want to scroll up to check that WhatsApp message you sent an year back, you won’t have to wait longer. Then again, Android now allows you to simply search for what you’re looking for without having to scroll or swipe through that much content.

The phone with 10GB of RAM is not going to become obsolete anytime soon. If you are a spec-sheet enthusiast, you will have bragging rights over your phone for at least the next two-three years as phones will take some time to catch up to the level the Xplay 7 will be playing at. Although by the looks of it, at the pace these OEMs are going, you will soon find yourself pining for 12GB RAM in your phone. Never mind that fact that Android will keep upgrading and looking at Vivo’s record of giving updates, you might just be stuck with a phone running ancient software. Good luck bragging about it then.

Who doesn’t like a dedicated gaming mode in their device? When the interface turns red, tachometers show a boost in speed, and games are supposedly optimised to run smoother than ever. Well, with 10GB of RAM, every mode is Game Mode and every time you will be gaming, you can expect the best performance out of it. Too bad, you won’t be enjoying all the cool transitions that comes with turning on the Game Mode on poor phones running on just 4GB RAM.

With 10GB of RAM, you can say Rest In Peace to the time taken by apps to load on your phone. The phone can essentially cache every single app on the RAM, so even if you open Injustice 2, you won’t have to waste time looking at the annoying loading screen.

9. Power a laptop with the phone

With phones radically overpowering laptops in terms of hardware, it won’t be surprising to see our favourite handheld computers power our second-favourite portable computers. Razer and Samsung has already envisioned what it would be like to power a full-fledged desktop using a phone, and with 10GB of RAM, it can only get better.

10. Do everything that a phone with 4GB RAM does

Here’s the best part. A phone with 10GB of RAM can do all the things that a phone with 4GB RAM can do. Nothing more, nothing less. You will have the fastest known handheld device in your palms, yet your experience will essentially remain the same as rest of the peasants using a phone with relatively minuscule amount of memory. Does it sound enticing enough? 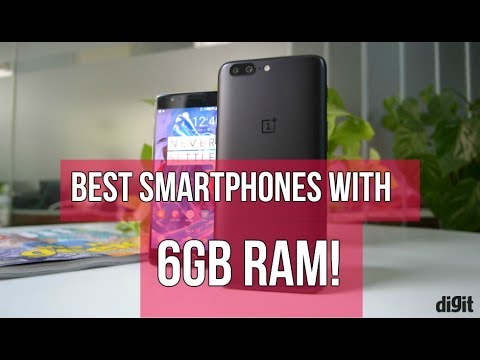