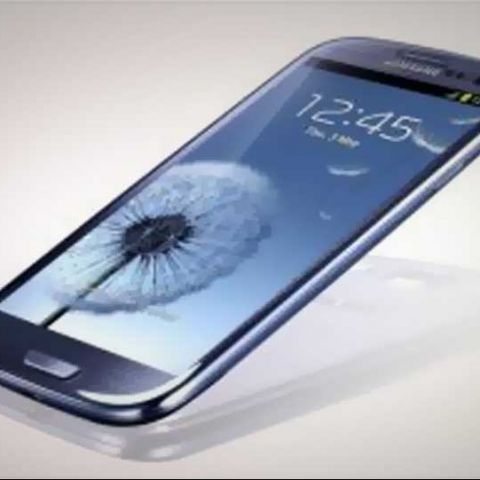 Samsung's new flagship smartphone, the Galaxy S III is packed with new features. Most of them are software, not hardware; Samsung has worked long and hard to enhance Google's Android OS and give phone shoppers a reason to buy its products over HTC's and Apple's. Here are 10 features Samsung announced yesterday which could make a difference.

10. Pop-Up Play
Gimmicky but cool, Pop-Up Play shows what you can do with a quad-core processor on a phone. If you're watching a video and want to do something else, you can turn the video into a little thumbnail that will float - still playing! - over the Web browser. This is a step towards truly being able to run two apps at once, something for which the big 4.8-inch screen is practically begging.

9. Smart Stay
Don't you hate it when you're reading something on your phone, and then the screen backlight times out and it goes black? That happens to me all the time when I'm trying to figure out games of Quell. You can change the timeout length, but this is a smarter solution: it uses a sensor to check if your head is in front of the phone, and keeps the lights on if you're looking at the device.

8. Social Tagging / Buddy Share
I'm not 100 percent sure how this works, but Samsung says it uses face recognition to match people in your photos up with your contacts. Then you can click through the photos to their social-networking status, or tap on their faces to email them the photos. That's pretty amazing.

7. AllShare Play
Relatively few people hook their phones up to their TVs because the two choices are HDMI/MHL adapters (complicated and short) and DLNA networking (incomprehensible.) Samsung's AllShare Play dongle, like HTC's Media Link HD, hooks up to your TV and lets your phone beam video over wirelessly without a confusing user interface.

6. Best Photo
It looks like the Galaxy S III takes all photos in burst mode. When you take a photo, you're really taking eight, and you can then pick the best one of the bunch. That should do away with people blinking.

5. S Beam
By combining NFC and Wi-Fi Direct, you can transfer files - even large ones - between two Galaxy S IIIs by tapping them together. Now, wouldn't it be great if this was an open standard and any phone with both technologies could do it?

4. Sharp Bluetooth Stereo
The Apt-X codec in the Galaxy S III finally takes the blurry muddiness out of Bluetooth stereo, promising much sharper wireless sound. Now that the S III, HTC One phones, and Motorola Droid Razr all support Apt-X, it's time to see some great Apt-X wireless headphones hit the market.

3. S Voice
Samsung's answer to Apple's Siri can do Web searches and run the phone's own functions. Samsung hasn't shown how deep it goes or how smart it gets, but what little we've seen is encouraging.

2. Better Call Quality
Smartphones are still phones, right? The Audience es305 voice-processing chip in the Galaxy S III makes you sound sharper on the other end of a call, canceling noise so humans can hear you and refining your voice so systems like S Voice can better understand what you say.

1. Ice Cream Sandwich
It's time for Android users to be able to move up to this superior version of the OS. In our benchmarks, Ice Cream Sandwich delivered far better Web browsing speeds than Gingerbread, and new APIs let developers take better advantage of larger screens ilke the 4.8-inch panel on the Galaxy S III.

Of course, these aren't all the new features of the Galaxy S III. With 10 slots on my list I couldn't get to "direct call" (pick up the phone while SMSing to call the same person) or the mysterious S Pebble MP3 player, for instance.