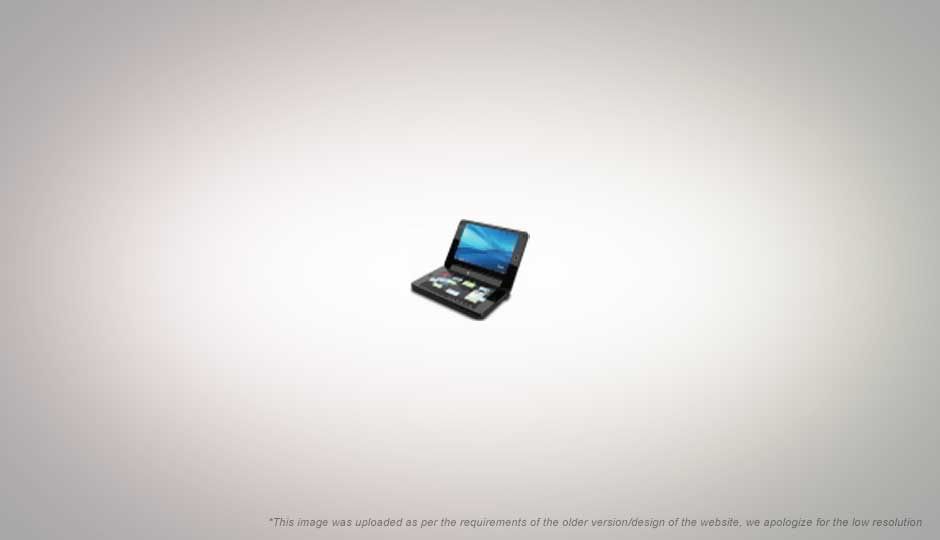 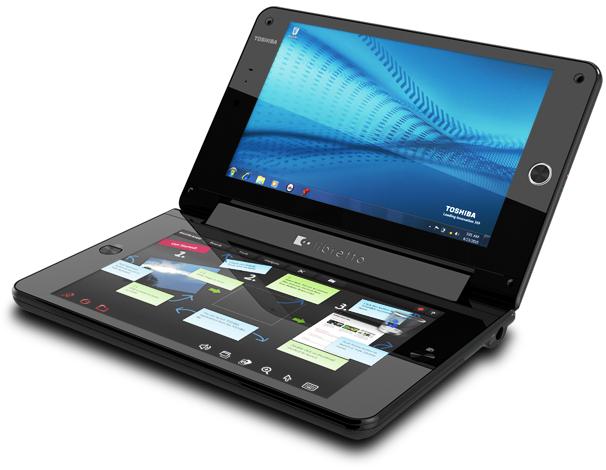 The device is hailed by Toshiba as a mini-notebook that showcases an “unparalleled blend of high performance, mobility and features”, perfect for ‘prosumers’ looking for a combination of mobile and state-of-the-art computing.

We got our hands on the device in our just concluded visit to Toshiba’s Hangzhou laptop factory, where we we invited to partake in its celebrations at the "25 years of Laptop Innovations and & Quality" anniversary, and we have to say, the W100 Libretto seriously responsive in all aspects, and it looks great! The device is certainly isn’t conventional, and is something in between a laptop, a netbook, and a touch-screen tablet. This is why it can’t be compared directly with an Apple iPad or Dell Streak. 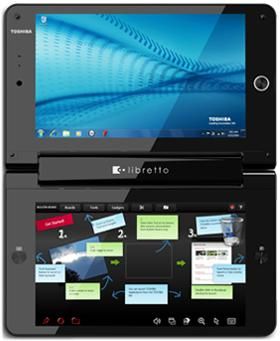 Possibly the best part about the device is the way Toshiba has managed to split the Windows 7 OS across two displays vertically, giving users excellent video real estate, while ensuring a large sized onscreen keyboard, which ranges from 3-line, 4-line, and split-qwerty configurations, to a number pad. The dedicated keyboard button, is accompanied by a home and power/sleep button. The accelerometer works well to switch from laptop mode to book mode, and, you can drag and drop content from one screen to the other. Software such as Toshiba LifeSpace (meant for the dual-screen interface, turning one of the screens into an organizer), and Toshiba Media Controller, and Toshiba Eco Utility are certainly useful, and, since this is Windows 7, expect an unlimited variety on your Libretto.

Unfortunately, the W100 device has some drawbacks right from the get-go, namely, its 4 hour battery backup, and a mono-speaker which when we tested it, was not very very powerful. We however have great hopes for the device, though at its price point, it will not become common as the iPad or netbook.

While the W100 device that’s being launched in India currently does not have an integrated WiMax or 3G modem, Toshiba offers it to select areas abroad, and when 3G finally comes to India, it will come with the facility.

Check out the full specifications below: