The Best Antivirus for 2012 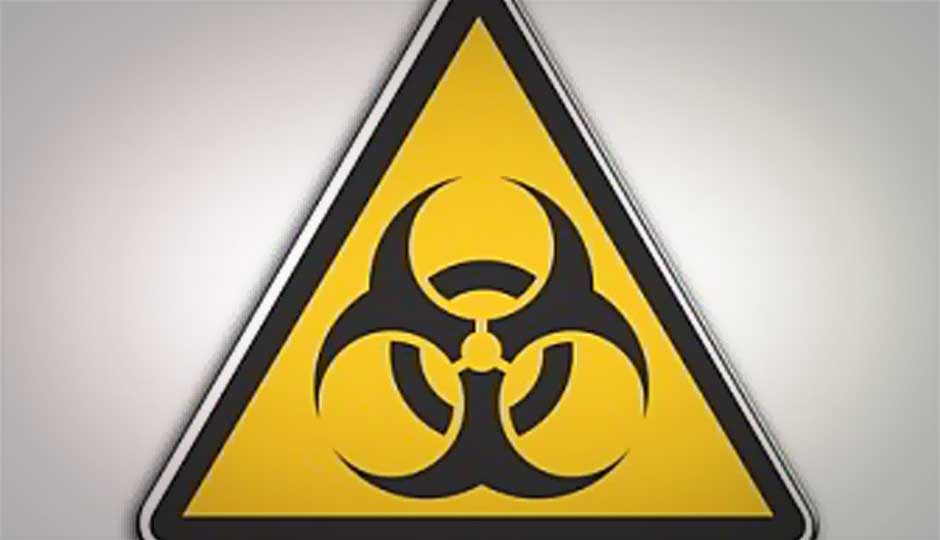 2012 won't get here for several months, but plenty of 2012 antivirus tools have already arrived. Which is best?

New model-year security products used to come out in the fall, like new model-year cars. This year the first 2012 antivirus (G Data AntiVirus 2012 ($29.95 direct, 3.5 stars)) turned up way back in May. So far PCMag has reviewed nine antivirus tools explicitly identified as 2012 models, along with several others released during the same period. Which of these recent releases is the best?

Testing the Tools
To evaluate antivirus utilities I rely on hands-on, real-world testing. The malware removal test involves installing each product on a dozen malware-infested virtual machines and challenging it to clean them up. For the malware blocking test I attempt to install the same collection of threats on a clean system protected by the product being tested. These two articles explain how I get from those tests to the figures in the chart that follows: How We Test Malware Removal, How We Test Malware Blocking.

I also refer to reports from major independent antivirus testing labs. The labs have vastly more resources than I do, so they can perform large-scale tests that would take me too long. The chart below specifically lists results for the companies whose 2012 products are rounded up here. For full details on how I interpret these lab results see How We Interpret Antivirus Lab Tests.

Webroot isn't included in this chart because the current Webroot antivirus is a completely different product from what the labs have been testing.

Cleanup-Only Tools
Three of these recent products are specifically designed to clean up malware infestations, with no real-time protection component. Malwarebytes' Anti-Malware Free 1.51 (Free, 4 stars) was the most effective of these. Its detection rate wasn't high, but effective removal gave it 6.4 points overall. At the time that was the highest score for 2012 products.

The commercial Malwarebytes' Anti-Malware PRO 1.51 ($24.95 direct, 3 stars) does add real-time protection, but it was the least effective of the entire group.

Norman Malware Cleaner 2.1 (Free, 3.5 stars) wasn't as effective as Malwarebytes. Its rootkit removal score is especially low because most of the rootkits it detected were still running after its alleged removal.

While not free like the other two, avast! Rescue Disc ($10/once direct, 3.5 stars) is inexpensive. Rootkits and other malware types that subvert Windows itself should yield to this bootable tool. However, in testing one rootkit remained running even after alleged removal.

As noted, Malwarebytes and Norman are free antivirus utilities that focus on cleaning up existing threats. A couple other free entries handle both cleanup and real-time protection.

Panda Cloud Anti-Virus 1.5 Free Edition (Free, 3.5 stars) doesn't have 2012 in the name, but it's contemporary with the 2012 products. It had the highest detection rate in my malware removal test, but incomplete cleanup brought its removal score down.

AVG Anti-Virus Free 2012 (Free, 4 stars) turned in a star performance for malware cleanup, taking the highest or second highest score in every category. It also scored well in malware blocking, and the independent labs give it good marks. AVG is our current Editors' Choice for free antivirus.

Mixed Ratings
Some of the 2012 products were a bit unbalanced. Outpost Antivirus Pro 7.5 ($29.95 direct for three licenses, 3 stars) did well in malware blocking tests but quite poorly in malware removal. Panda Antivirus Pro 2012 ($49.99/year direct for three licenses, 3 stars) was the opposite, scoring noticeably better at malware cleanup. G Data AntiVirus 2012 ($29.95 direct, 3.5 stars) had the highest detection rate in the malware blocking test and the second highest overall blocking score, but in the removal test its performance was just average. ESET NOD32 Antivirus 5 ($39.99 direct, 3 stars) did a decent job of malware cleanup but wasn't nearly as effective at blocking new malware attacks, especially rootkits.

TrustPort Antivirus 2012 ($39.95 direct, 3.5 stars) achieved good scores in both sets of tests. However, it crashed several test systems, and its behavior-based detection doesn't distinguish good programs from bad. Trend Micro Titanium Antivirus 2012 ($39.95 direct, 2.5 stars) detected most threats in the malware blocking test, but didn't thoroughly block the threats it detected. Kaspersky Anti-Virus 2012 ($59.95 direct for three licenses, 3.5 stars) gets rave reviews from the independent labs. However, it scored poorly in our own tests and needed help from tech support to clean up one threat.

More Than Antivirus
ZoneAlarm Antivirus Firewall 2012 ($59.95 direct for three licenses, 3 stars) has added an advanced disinfection component that did a good job cleaning up detected malware, but its detection rate was low. It does include significant bonuses, adding firewall, phishing protection, credit monitoring, and backup.

That brings us to Norton AntiVirus 2012 ($39.99 direct, 4.5 stars), an Editors' Choice for standalone antivirus protection. The labs give it good ratings and it scored very well in our own tests. It includes exploit protection that's better than what you get in suites from other vendors.

The totally new Webroot SecureAnywhere Antivirus ($39.95 direct, 4.5 stars) is also an Editor's Choice. It turned in a perfect score for malware blocking and came in second only to Norton for malware removal. Because its "brains" are in the cloud the local client is unbelievably tiny.

This article focuses specifically on the 2012 products, whether or not they have 2012 in the name. The products that haven't yet been updated for 2012 were also tested with my previous collection of malware samples, so their test results aren't directly comparable. The chart below shows how thirteen significant products scored in my previous round of testing.

I expect to see the 2012 editions for these products over the next few weeks and months. In truth, McAfee's 2012 product line has been launched, along with the new McAfee All Access subscription, but a few features aren't online yet. I'll review McAfee when they tell me it's ready, and I'll update this roundup from time to time as more 2012 products emerge.

Next: Best Antivirus 2012 - Ad-Aware to ZoneAlarm:

Free
Most free antivirus utilities are good at either malware removal or malware blocking, but not both. Ad-Aware Free proved very effective in both areas, almost as effective as Ad-Aware Pro. This is a great free antivirus solution for non-commercial use.

$39.95 direct for 3 licenses
This antivirus packs in tons of features that you won't find in the competition, and it scores really well with independent antivirus labs. It's the best antiphishing tool I've seen. It turned in so-so scores in PCMag's own hands-on antimalware tests, but it's still a very good choice.

$39.99, direct; $59.99 for three licenses
This antivirus gets good marks from the independent labs. In my testing it did a decent job of malware cleanup but flubbed the malware blocking tests badly. You can do better.

$49.95 direct for three licenses
In my own tests and in independent lab tests, G Data has a good malware detection rate. It just doesn't clean up found threats thoroughly. It's a good choice to keep your new system clean, not as good if you've already got a malware problem.

$39.95 direct, $59.95 for three licenses
In PCMag's tests Kaspersky didn't score well, and one threat nearly defeated it. It has trouble detecting the very newest phishing sites. Yet the independent antivirus labs rank it at or near the top.

$24.95, direct
The independent labs don't test Malwarebytes, so I have to rely solely on my own hands-on tests. My results indicate that the product's malware removal capabilities are vastly better than its malware blocking abilities. That makes the free edition a better deal.

$39.99 direct
Both PCMag's tests and tests by independent lab rate this antivirus as a very good choice for both cleaning up malware-infested systems and keeping clean systems clean. Norton AntiVirus 2012 is our Editors' Choice for premium standalone antivirus.

$29.95/year direct for 3 licenses
Outpost Antivirus Pro 7.5 won't get in your way. It installs and scans quickly, and it's good at keeping malware from attacking a brand-new clean system. Don't rely on it to clean up an existing infestation, though. In testing it flopped at cleaning up the threats it detected.

$49.99/year direct for 3 licenses
Panda Antivirus Pro 2012 includes a number of features you'd normally expect to find only in a suite. In particular, it offers a full-blown firewall. However, for actual malware protection and cleanup you can do better.

Free
This free antivirus solution minimizes its impact on your system by using the cloud for malware detection, and its simple user interface is easy on the eyes. In testing, it didn't completely handle every detected threat, but it's still a reasonable choice if you're looking for a free solution.

$39.95, direct; three licenses for $59.95
Trend Micro delivers on its promise of unobtrusive protection that's easy to use. The problem is, both PCMag's tests and some independent lab tests show that it just doesn't protect as well as the competition.

$39.95, direct
With its multiple antivirus engines TrustPort detects more malware than most. It's especially good at keeping malware out of a clean system. However, in testing it flopped at cleaning up the malware it detected, leaving quite a few detected threats running. This product is best used on a brand-new clean computer.

$39.95, Direct
Webroot SecureAnywhere Antivirus is tiny beyond belief, yet it achieved perfect scores across the board in my malware-blocking tests. It also did a very good job cleaning up malware-infested systems. This impressive product shares our Editor's Choice honor with Norton AntiVirus 2012.

59.95 direct for 3 licenses
ZoneAlarm has a brand new look and a new advanced disinfection feature that did a good job the malware it detected, though it didn't detect as many samples as others have. It goes beyond simple antivirus, adding firewall, antiphishing, backup, credit monitoring, and more.

Best student laptops powered by AMD Ryzen(TM)
Here’s why Samsung Galaxy Book2 is one of the best all-rounder laptops under 70K
Here’s why the Samsung Galaxy Book2 Pro is one of the best slim and light laptop launches of 2022
Amazon Summer Sale 2022: Best laptop deals under ₹60,000
AMD Performance Days Sale 2022 on Amazon: Here are the best deals that you simply can’t afford to miss!
Advertisements