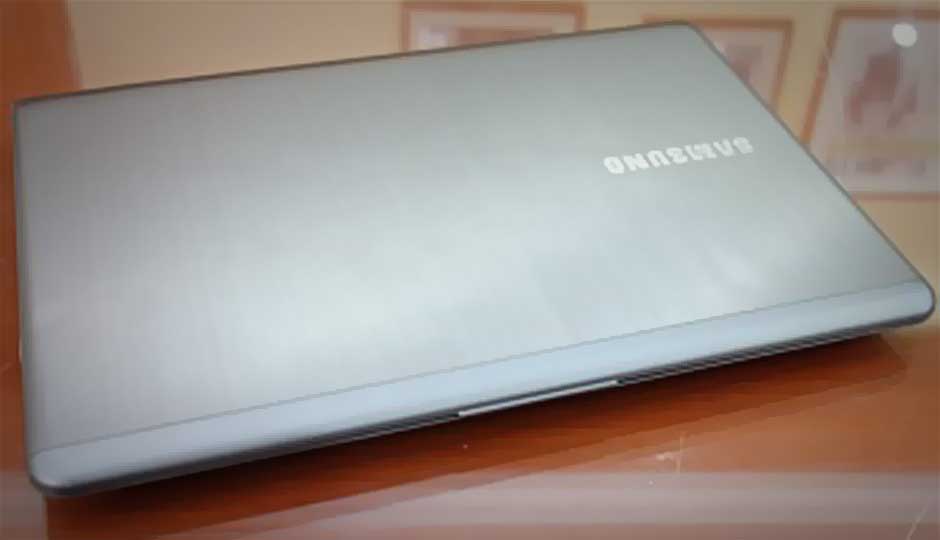 The latest version is quite clearly a refresh of what was essentially one of the best ultrabooks of last year, the Samsung Series 5. We had tested the 14-inch version of the ultrabook once it was launched with the Ivy Bridge processor update. This time around, it gets a touchscreen, and as expected, adds and removes a few features from the package. The Samsung Series 5 Touch ultrabook is also known as the Samsung Series 5 Ultra Touch, and has been given a starting price of Rs. 63,300.

Straight up, the 13.3-inch display size makes the footprint appreciably lesser than the 14-inch version. The touchscreen is an added feature, to pander to Windows 8 and its whims and fancies. Honestly, you will not really be using the touchscreen most of the time. The optical drive has also been done away with. But, critically, the build quality has been improved. We had felt the chassis flex at certain places, but now, it seems a lot better put together.

No, the Samsung Series 5 Touch ultrabook does not twist and turn around like some of the convertibles seem to be doing, like the Dell XPS 12 and the Lenovo IdeaPad Yoga 13. This is a pure and simple ultrabook, and that is how it wants to be seen!

We must compliment Samsung for amazing work done on the keyboard. This is the closest we have seen any of the newer generation ultrabooks come to the typing precision and quality offered by the MacBook Pro and the MacBook Air, and that is a huge compliment in itself.

The Samsung Series 5 Touch ultrabook's specifications sheet sort of speaks for itself – Intel Core i5-3317U processor, 8GB RAM, 500GB hard drive with 24GB ExpressCache. The 13.3-inch display has a resolution of 1366x768 pixels. By far, the display is a consistently good performer in our tests, and extremely good to use. We have run the benchmark tests on this ultrabook, and you can read about the performance in detail when we publish the full-fledged review of the Samsung Series 5 Ultra Touch on this website soon. In the meantime, check out the video review of the ultrabook: