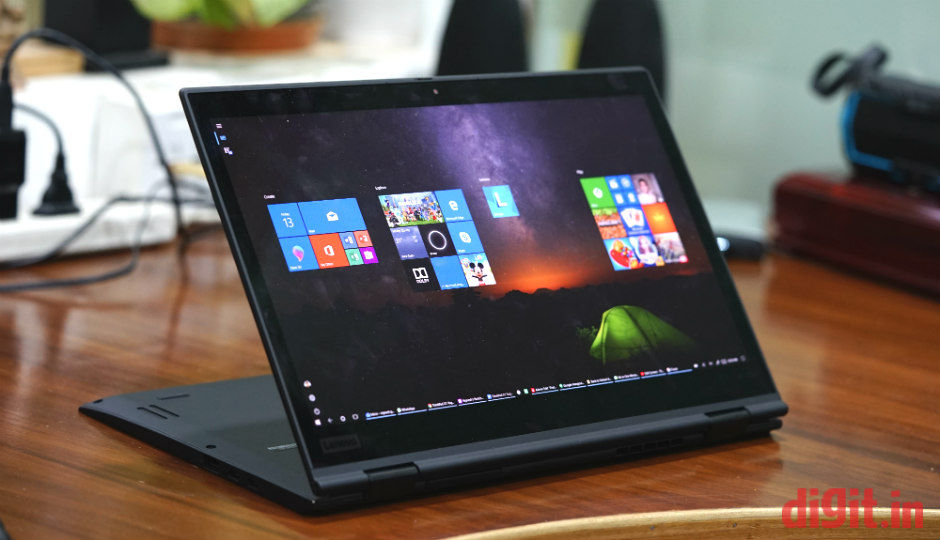 It’s probably trivial information, but I’ll start by saying that when I booted the new ThinkPad X1 Yoga up for the first time a few days ago, I was maintaining a cool and relaxed face on the outside, but was squealing with excitement on the inside. That, you see, is because I’ve been a huge fan of ThinkPad machines since I was a little boy.

Besides, how can one not be eager anyway? One quick glance at the spec sheet tells us this convertible laptop means business: this particular model has an eighth-gen Intel Core i5 vPro processor, 16GB of RAM, and 512GB of SSD-based storage. The display is a 14-inch IPS touchscreen unit with a WQHD resolution (2560 x 1440 pixels).

Design at a Glance: Nothing Radically New

The matte carbon fibre hybrid material on the X1 Yoga’s lid felt smooth and tough at the same time. Taking a look at the sides, I observed that one full-size USB port had been removed from the left side. This felt strange to me because this third-generation model is of the same thickness as the second-generation model.

Like its predecessor, it featured a ‘Rise and Fall’ keyboard, in which the keys work as usual when the device is used in laptop mode but retract to sit flush with the body when the device’s lid is either closed or opened out into tablet mode. I was able to see and hear the mechanism work every time I opened the laptop.

The keys on the revered ThinkPad keyboard pressed softly yet definitively. The touchpad left- and right-click buttons too felt very soft to press. A noticeable addition in this model was the new ThinkShutter, a physical slider for covering the web camera. No need to tape the camera shut anymore then. 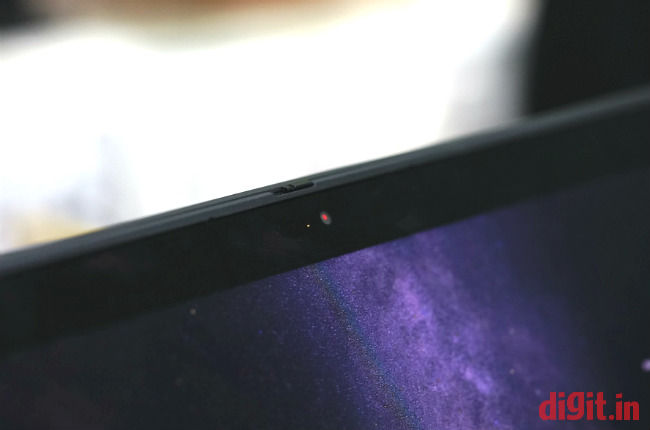 ThinkShutter: a physical cover for the web camera

Performance at a Glance: Good from the Outside

In a couple of days’ time, I had my regular suite of applications installed and running: Windows’ default email client, WhatsApp for PC, OneNote, WordWeb, iTunes, and numerous instances of Chrome. As expected of a machine of these specifications, the ThinkPad X1 Yoga launched these applications very quickly simultaneously even after a cold boot. Subsequent launches were quicker still.

The updated WQHD-resolution display looked bright but felt as if the colours were a tad too saturated. The ThinkPad Active Pen that sits in a silo within the laptop body didn’t work with Windows’ default drivers. I have yet to see the stylus work. Battery life, from what I’ve observed in the last few days, is upwards of six hours on a single charge. How much longer it can go though, we’ll find out in the coming days.

First Impressions: Still as Impressive as Before

The third-generation Lenovo ThinkPad X1 Yoga is seemingly pretty much the same as the second-generation model, but gets some critical changes under the hood. The processor has now been updated to the latest eighth-generation Intel Core series. The display options now include a 500-nit HDR unit and the ThinkShutter as standard. 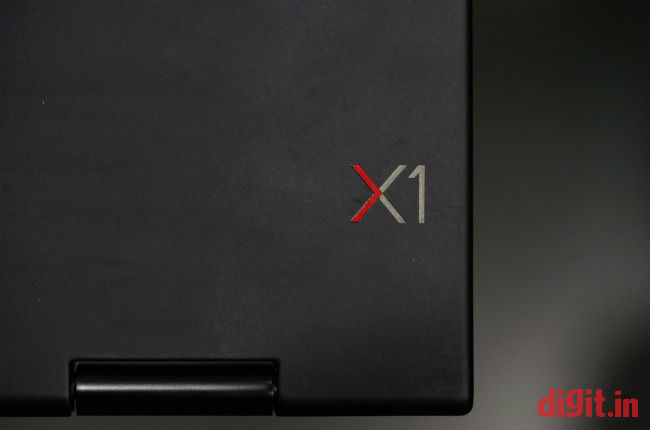 In summary, the third-generation ThinkPad X1 Yoga poses no threat to the second-generation model, but could seem like a tempting upgrade from the first-generation model. For a first-time buyer of the ThinkPad, this convertible is certainly impressive. At a starting price of Rs 1,12,000 (exclusive of taxes), the ThinkPad X1 Yoga appears to offer more than the Microsoft Surface Pro, but the coming days will tell us if that’s really true.