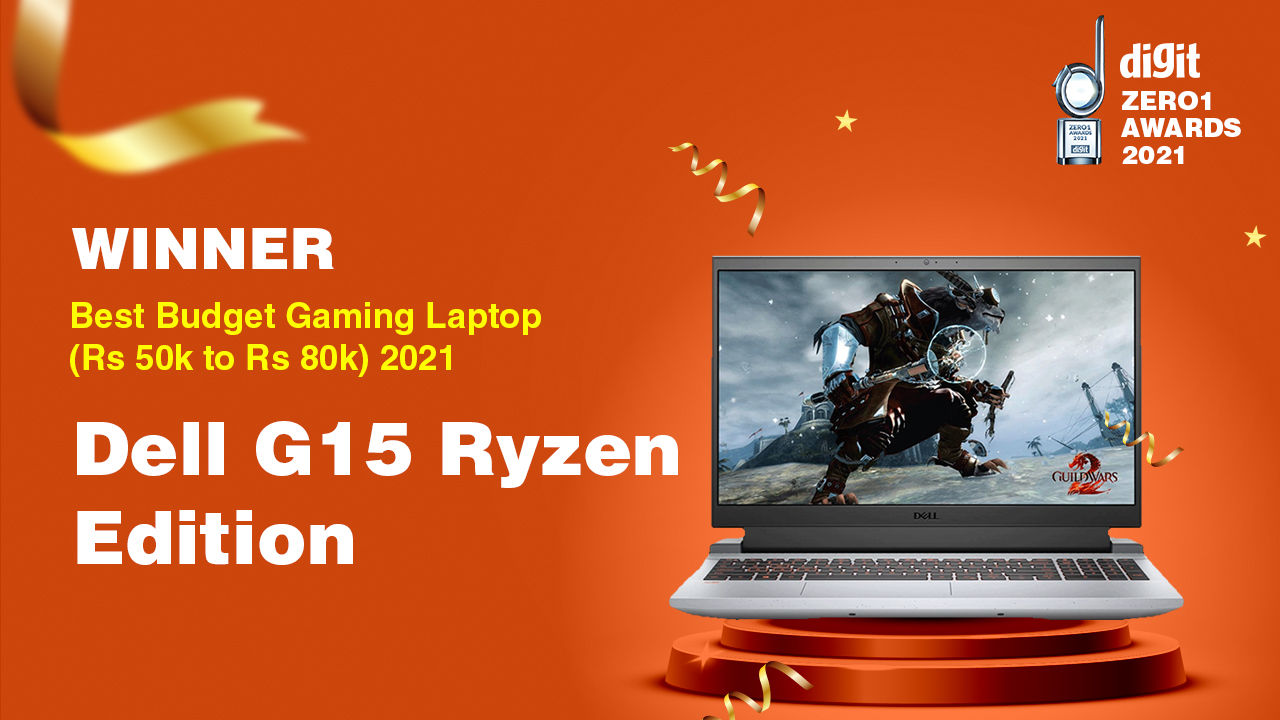 The entry-level gaming laptop category is close to the hearts of millions of gamers. In a country where PC gaming is considered a luxurious hobby, entry-level gaming laptops are the true weapons of the masses on the digital battlefield of gaming. Not only are these laptops quite capable but they also deliver on one most important factor every one of us holds in high regard i.e. Value for money. Without much ado here are the winners of this year’s Digit Zero1 Awards for the best budget gaming laptop. 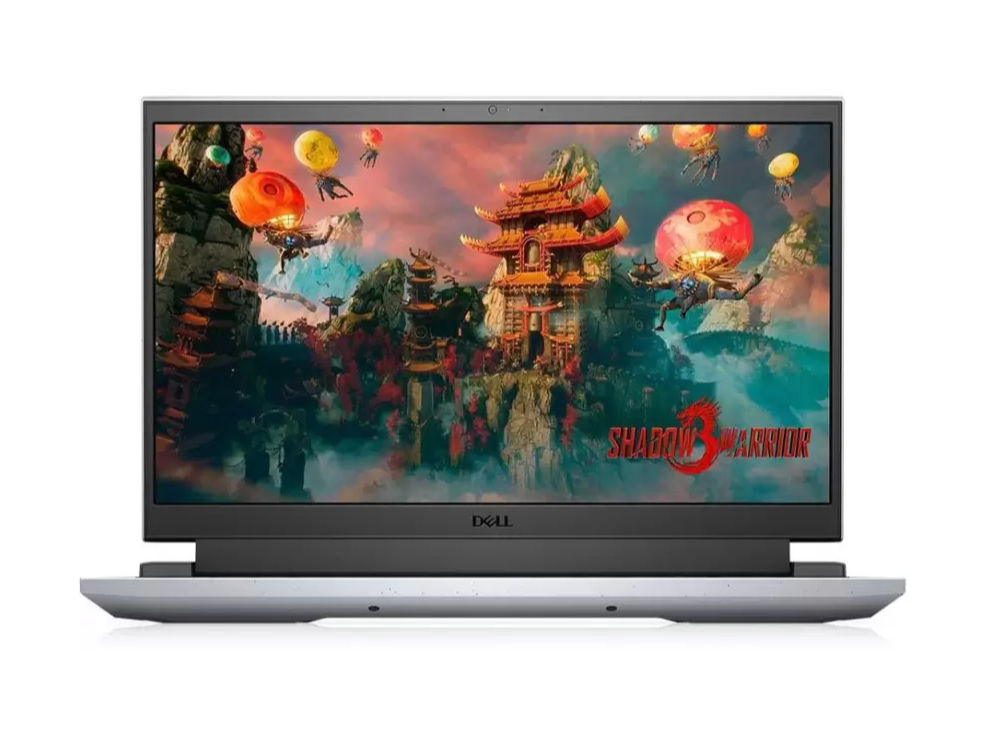 Mostly famous for making laptops in the premium segment, Dell surprised everyone with its latest G15 series of machines. The latest value king from Dell packs in the famous build quality the brand is known for along with powerful components like an AMD Ryzen 5000 Series CPU, an Nvidia RTX 3050 GPU, a 1080p display with support for 120Hz refresh rate and more. In our test we found the Dell G15 Ryzen Edition acing synthetic and real-world gaming tests with ease. Its high refresh rate screen makes good use of the onboard RTX 3050 to deliver smooth frame rates in games like Valorant, GTA V and many more popular titles.

In the Shadow of the Tomb Raider, the Dell G15 Ryzen Edition scored a solid 60 FPS at 1080p and high graphical preset. The 60 FPS experience remains consistent throughout the gameplay which is also another nice aspect. The laptop managed to run Gears 5 in high settings at 1080p in 68 FPS, making the fast-paced action game a solid experience on this budget machine. The Dirt 5 also managed to break the 60 FPS mark scoring an average frame rate of 61.70 FPS. It’s only in the Metro Exodus do we see the limitation of the RTX 3050. The 4GB GDDR6 VRAM is simply not substantial to load in all the high-resolution frames and textures the Metro Exodus has to showcase.

Dell G15 Ryzen Edition packs all these components in a premium built chassis that can have a very close resemblance to its premium cousins (the likes of Alienware), thus giving a true bang for your hard-earned buck. 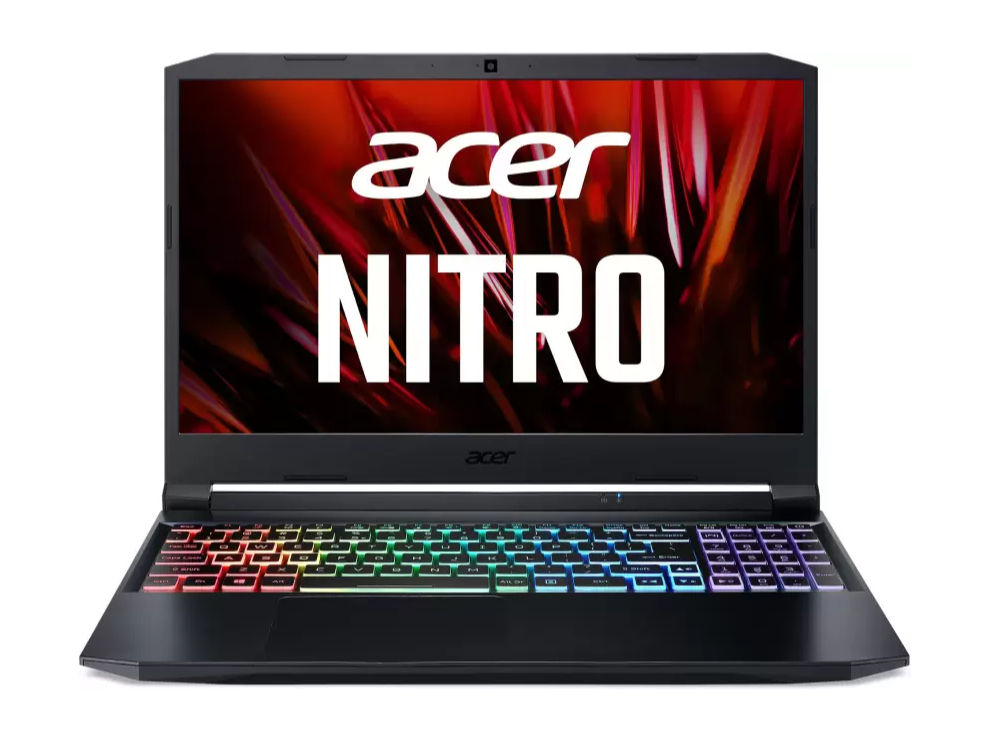 Sporting similar specs, Acer Nitro 5 comes second in this category. Equipped with the same AMD Ryzen 5 5600H Hexa core processor and an Nvidia RTX 3050 GPU, Acer Nitro 5 comes really close to the winner in terms of gaming benchmarks and display performance. With a powerful cooling system and a 144Hz refresh rate screen, Acer Nitro 5 keeps you immersed in gaming for hours. The laptop excelled in playing AAA titles like Shadow of the Tomb Raider and Gears 5 and it will have no trouble in playing eSports titles like Dota 2 and CS: GO as well. The laptop managed to run Shadow of the Tomb Raider at 63 FPS and Gears 5 at 72 FPS. Although it beats the winner slightly in these two games it falls behind in games like Dirt 5 and Metro Exodus. Scoring 56 FPS in the former and 44 FPS in the latter. The RTX 3050 is again the limiting factor in this case and I reckon that the Ryzen 5 5600H has more breathing room than the GPU allows.

On top of that, the relatively affordable price tag of Acer Nitro 5 makes it worthy of the second spot in this category. 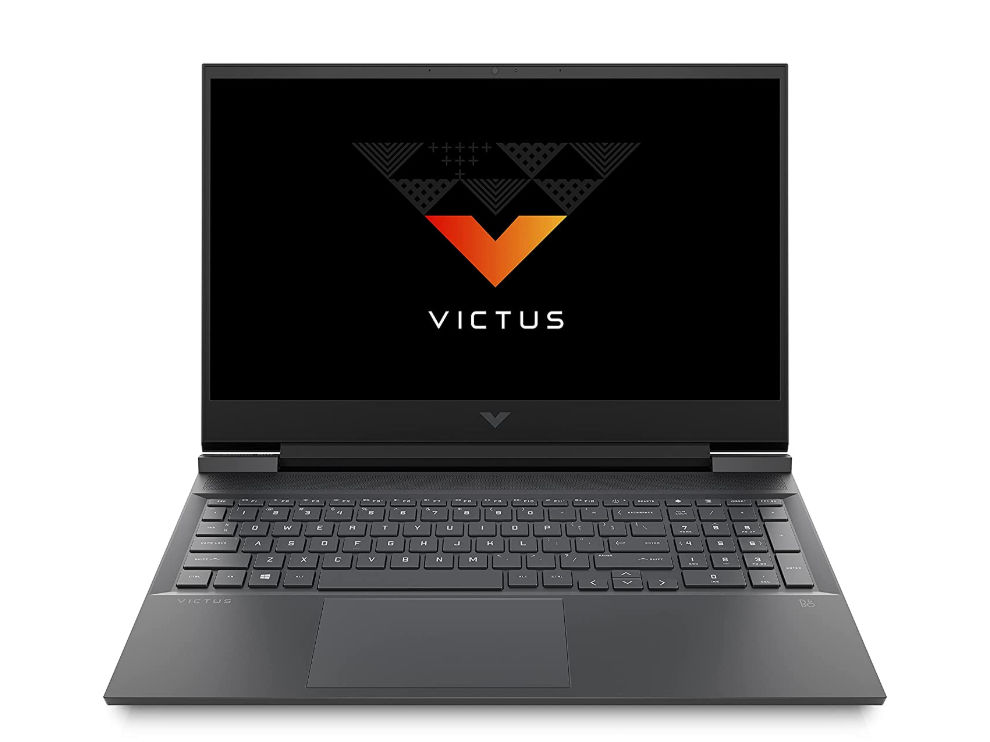 With the highest price to performance ratio, the HP Victus 16 takes the award for the best buy in this category. Powered by an AMD Ryzen 5 5600H CPU, and a Radeon RX 5500M GPU the HP Victus 16 offers the true value for money. Packed in what is essentially the same chassis as shared by its more powerful siblings, this HP Victus 16 gaming laptop offers great thermal performance, almost at par and even better than some of its competitors. In terms of gaming, it delivered 58 FPS in Shadow of the Tomb Raider, which is great considering its price point. The laptop also managed to run Gears 5 at a solid 60 FPS. However, while running Dirt 5 and Metro Exodus, the laptop did take suffer some performance dips. The Radeon RX 5500M falls a bit short in running newer and demanding titles at 60 FPS. However, it still manages to run both these games at close to 40 FPS, which is good enough at this price point.

Lastly, this particular HP Victus 16 is available to purchase at a super affordable price tag thus making it the winner in the Best Buy category.

Samsung may unveil a foldable screen laptop with a virtual keyboard very soon
Samsung could be working on a foldable laptop; patent shows an ASUS Zenbook Pro Duo-like design
Best Intel Evo laptops for creators on the move
The Jio Book laptop is now available on Reliance Digital
Dell Alienware m15 R7 arrives in India with AMD CPU and Nvidia GPU at ₹1,59,990: Here are the complete details
Advertisements