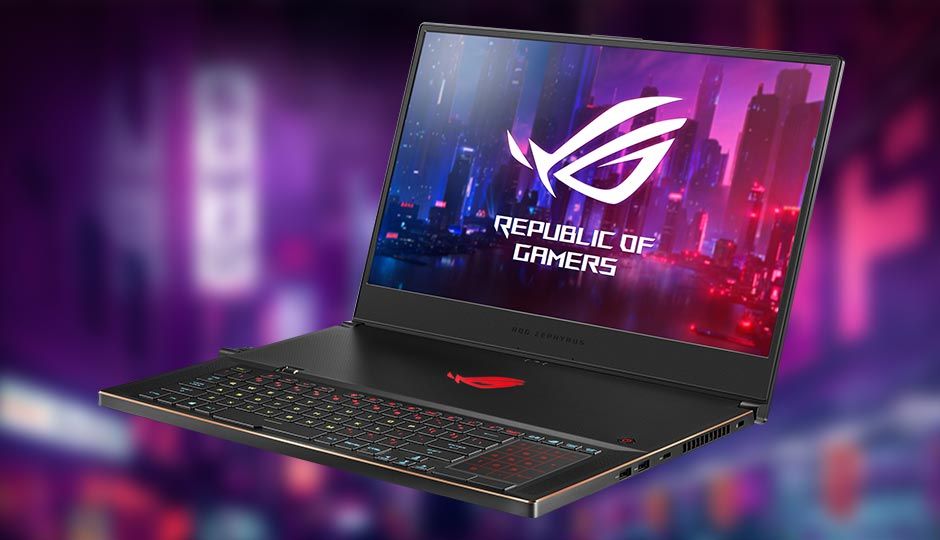 After the beautiful ROG Zephyrus M, ASUS announced the ROG Zephyrus S series in India. They come packed with NVIDIA’s RTX graphics card following the Max-Q design, enabling ASUS to build a powerful gaming laptop inside a thin form factor. Available in two sizes, the GX531 has a 15-inch display whereas the GX701 has a 17-inch display. Except for the display size, the rest of the specifications are almost the same on both these models. They further have different variants using the NVIDIA RTX 2060, 2070 and 2080 graphics cards while keeping most of the other internal components similar. All the models will be available in the market from April this year. Among all of these variants, we got to spend some time with two of them and here’s what we think about the Zephyrus S GX701. 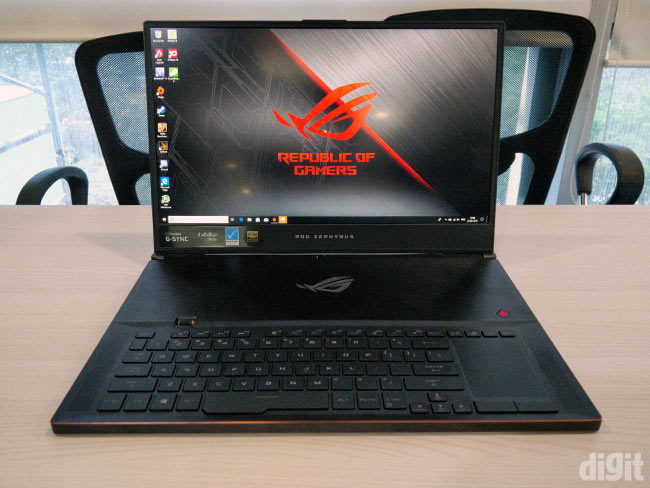 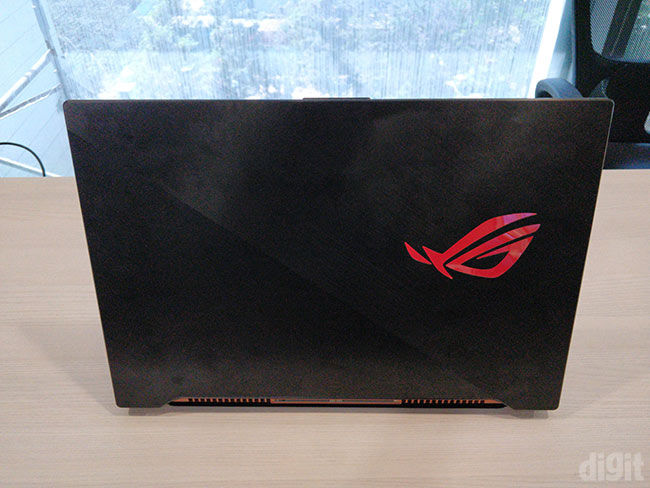 From a hardware point of view, both the GX531 and GX701 can take on content creation use-cases. However, the GX701 comes with a Pantone validated screen indicating better colour accuracy according to their standards. A factory calibrated display will definitely be useful for content creators. Just like the GX531, the laptop has extremely thin bezels. So much so, that they decided to remove the webcam from the top. Instead, they pack an external webcam that can be connected via USB. The ROG GC21 webcam supports a resolution of 1080p and a refresh rate of 60fps. It can be either mounted over the display or can be placed on the desk using the provided stand. 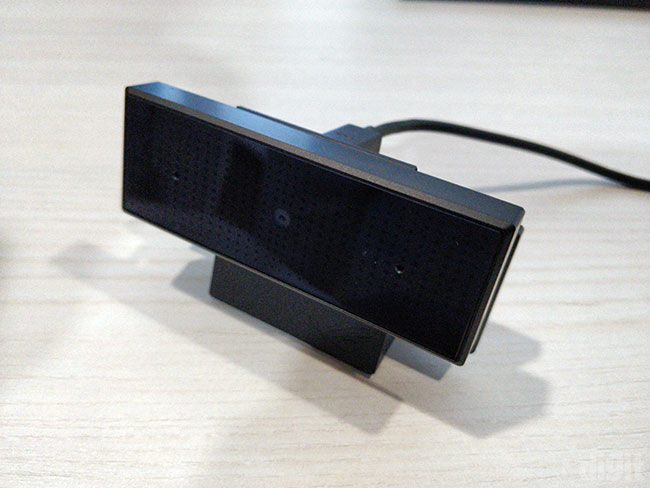 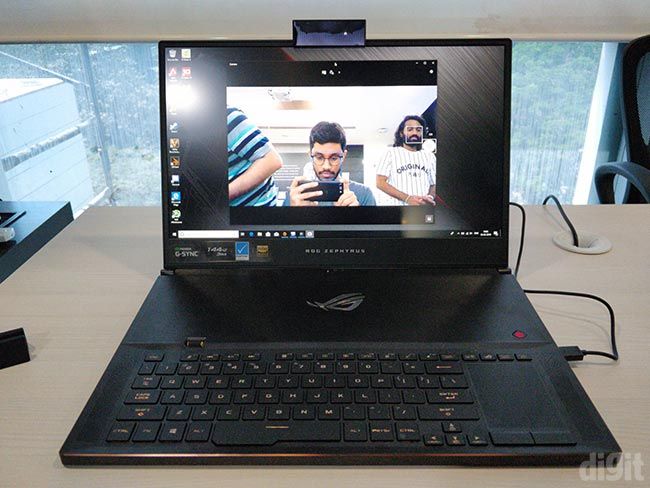 A similar copper-accented design is followed here just like the GX531 and it gives the laptop a premium look. There are enough connectivity options for you to connect peripherals. Even after a mouse is connected, you'll still have two more USB ports free for use. 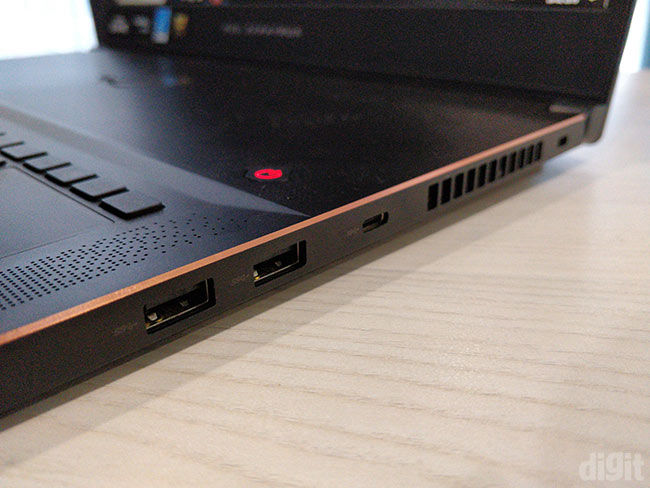 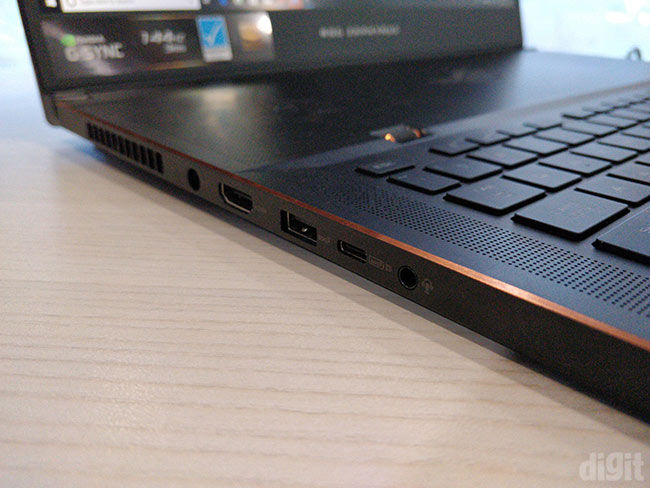 Another difference from the GX531 is the chiclet keyboard. This one has per-key RGB lighting with support for Aura Sync. All the lighting effects can be controlled using the ROG Armoury Crate software. You will also find the same mechanism of the touchpad doubling up as a numpad on this laptop. 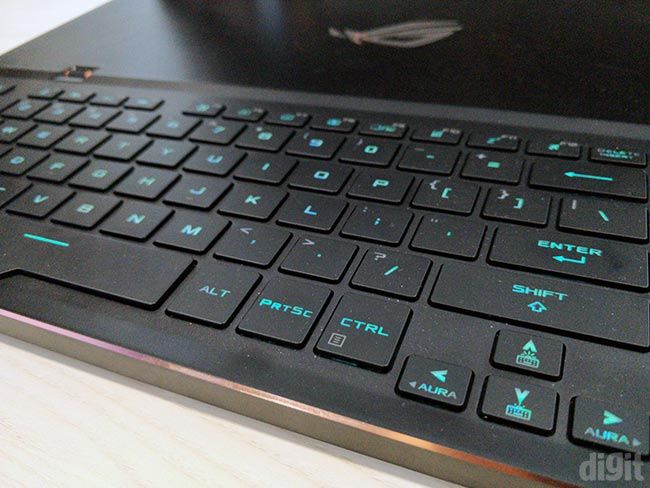 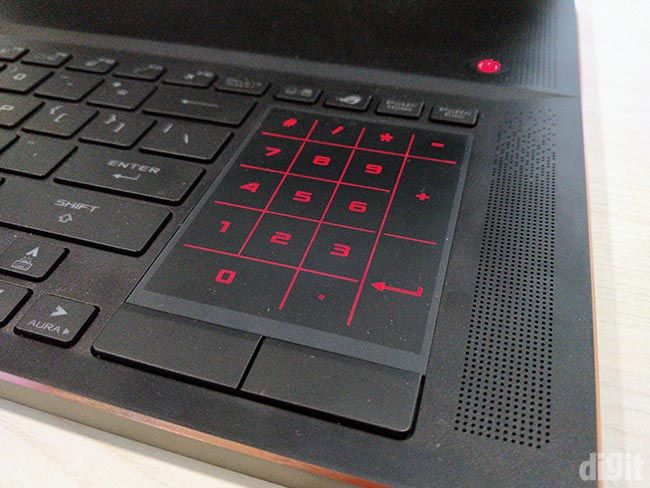 For volume control, there’s a volume wheel that makes it convenient to increase or decrease the volume. Located on the left side of the body, right above the keyboard, it also has steps to give some tactile feedback. 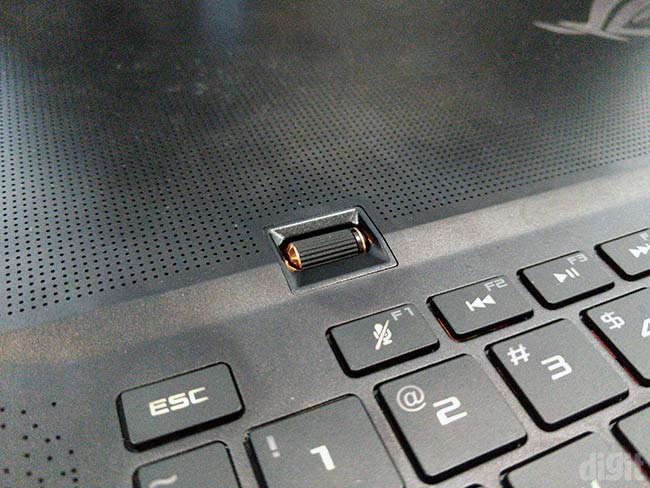 We didn’t get to have a look at the insides of the GX701 but we think it will have the same level of upgradability as the GX531. 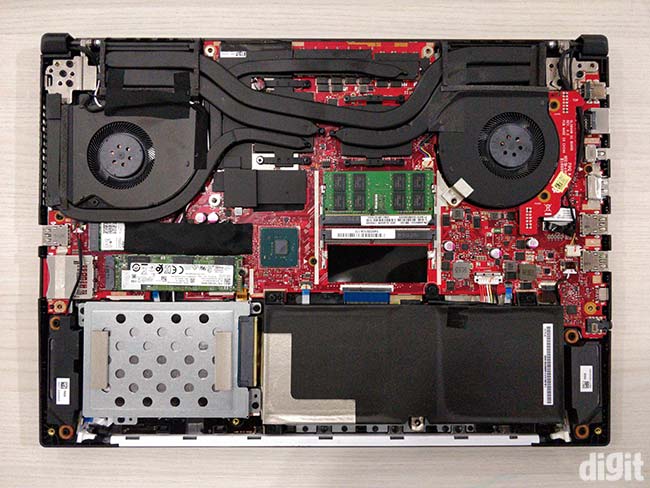 ASUS' patented Active Aerodynamic System (AAS) is implemented on the GX701 too. The main components cool include five heat pipes, four heatsinks and two cooling fans. It should be similar to the one we saw inside the GX531. 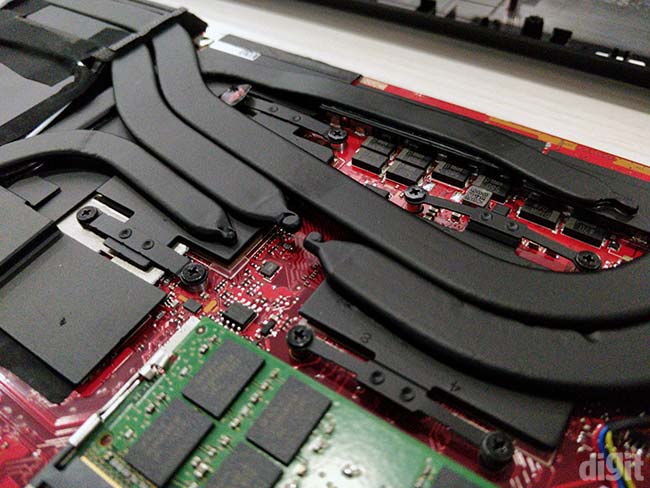 Gaming laptops drain a lot of battery while games are running. However, when you aren’t playing games or not running a graphics-intensive software, your graphics card will continue drawing power. The GX701 comes with a GPU switch that turns off the discrete graphics card and shifts the workload over to the CPU. This is called the Optimus mode while the default mode is called G-Sync mode. After testing, we’ll get to know how much extra hours of battery life can you obtain in this power saver mode. 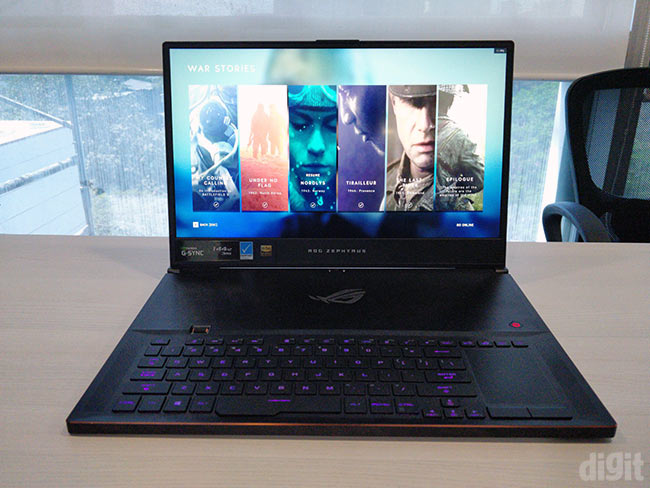 Since this laptop packs an RTX 2080, it was able to push higher frame rates than the GX531. We played some Battlefield V on ultra settings in full HD with RTX and DLSS turned on and it was able to maintain the frame rate comfortably way above 60 fps. However, this also resulted in the cooling fans running at full speeds and generating a lot of noise. In this short while, we couldn't get a proper idea of how hot the components were running and how it affected the clock speeds.

If you feel like the 15-inch screen size of the GX531 is too limiting for your tastes, the GX701 should fulfil the need for more screen real estate. Now, you would imagine having a bigger screen would make the laptop bigger but ASUS has kept the form factor similar to the older 15-inch GX501. This design choice of a smaller chassis makes the 17-inch screen laptop compact while still using better hardware and bigger screen. The top variant of the GX701 line-up is the GX701GX with the RTX 2080 graphics card and it's priced at Rs. 3,49,990. We’ll soon be receiving the Zephyrus S laptops and we'll be putting them through our in-depth benchmarking process to understand how well do they perform. Keep a lookout for our full review.