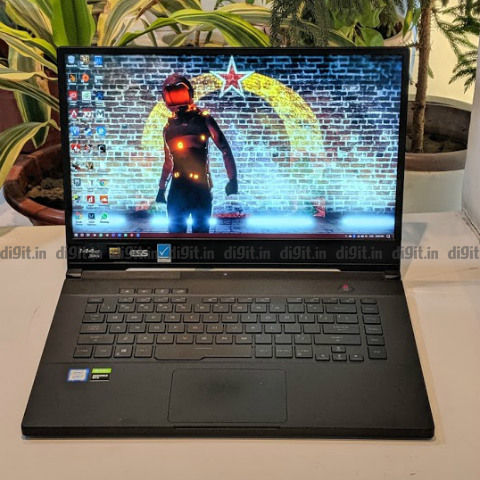 The Republic of Gamers (ROG) Zephyrus line-up has for nearly thirteen years now represented Asus’ Thin and Light line-up of gaming laptops. Aimed at gamers who enjoy playing AAA titles the most, the Zephyrus M series stands out by sporting a lightweight chassis with a slim build. In the past, we’ve seen numerous models in the ROG Zephyrus S and ROG Zephyrus M. And now we have yet another addition to the latter sub-series from the popular Taiwanese electronics manufacturer: the ROG Zephyrus M GU502. This is the first device of the year to feature an Intel 9th Gen Core series CPU in our test centre.

Ten minutes with the new Zephyrus M GU502 and it was easy to tell that the apple had in fact fallen far from the tree. It was visibly more compact and palpably lighter than previous models. The laptop ditches the Active Aerodynamic System, an Asus tech that Zephyrus models of the past employ. In other words, the base panel of the new Zephyrus M GU502 no longer lifts up along with the display hinge to let in more fresh air for cooling. All in all, the Zephyrus M GU502 did not feel like a traditional gaming laptop but a much lighter and smaller mainstream model. 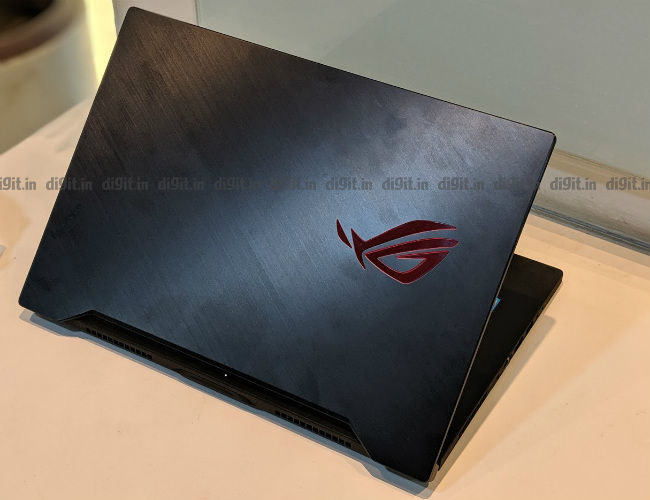 I believe the new Zephyrus M GU502 is the most mature of its kind yet. Except for the dimly lit red ROG emblem on the lid, there’s little on the outside that reveals that this is a modern gaming machine with the latest Intel Core i7-9750H CPU, 16GB of RAM, and an Nvidia GeForce GTX 1660 Ti graphics card. On the inside too, the styling is quite understated. The keyboard sports a fully customisable Asus AURA-synced RGB backlighting and the area around it is designed conservatively in matte black, which is good news for those who prefer a low-key design on their gaming rig.

My first few days with the Zephyrus M GU502 were pleasant. The laptop ran multiple apps simultaneously across many virtual desktops without any hiccups. Switching between everyday apps such as Chrome, OneNote, and File Explorer happened instantly without any lag or stuttering. Simultaneous multiple downloads happened smoothly too. The 15.6-inch 144Hz Full HD IPS LCD panel was bright and colourful for movies and idle browsing the web. The laptop lost nearly 40 percent of its charge in just one hour of unplugged use on the web, which is appalling by any standards. Still, we’ll deliver the final verdict on that after running all our tests on the new Asus gaming device. 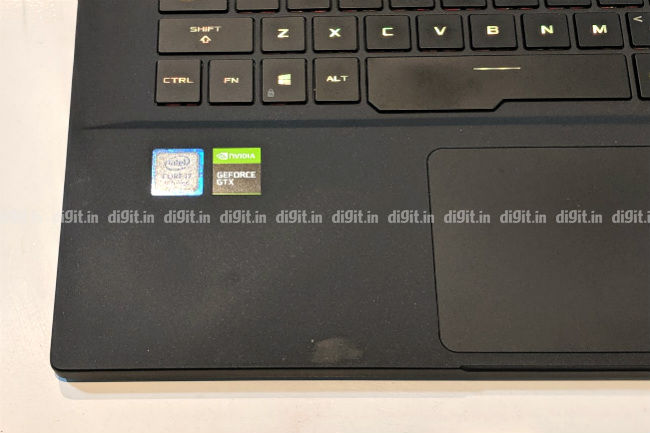 I particularly enjoyed using the keyboard and touchpad on the Zephyrus M GU502. The keys, whose RGB backlighting can be controlled using the bundled ARMOURY CRATE app, had a nice feel to them. They were well spaced and had the right amount of resistance and travel. There were separate keys for Home, End, Page Up, and Page Down functions, which made text manipulation a breeze. In addition, there were dedicated keys for volume control. The touchpad was a proper precision unit whose settings could be fully controlled using Windows Settings. It was easy to use for tapping, dragging, and clicking alike.

The Zephyrus M GU502 seems to mark a fresh start for the Asus sub-series in that it now has a more compact and lightweight design, which enables full-blown CPU and GPU performance without any compromises. Whether the removal of Asus’ signature Zephyrus cooling tech makes any difference to the internal temperature of the laptop or not is something we’ll have to wait and find out along with its gaming performance. But for the moment, the new Asus gaming machine seems to be off to a bright start during its stay at the Digit Test Lab. We’ll be back with a proper review shortly.

Oh, and I’ve taken to calling the new Asus machine “Zephy”, because “Asus ROG Zephyrus M GU502GU(₹ 127990 at amazon)”, as you might agree, is an insufferably long name.