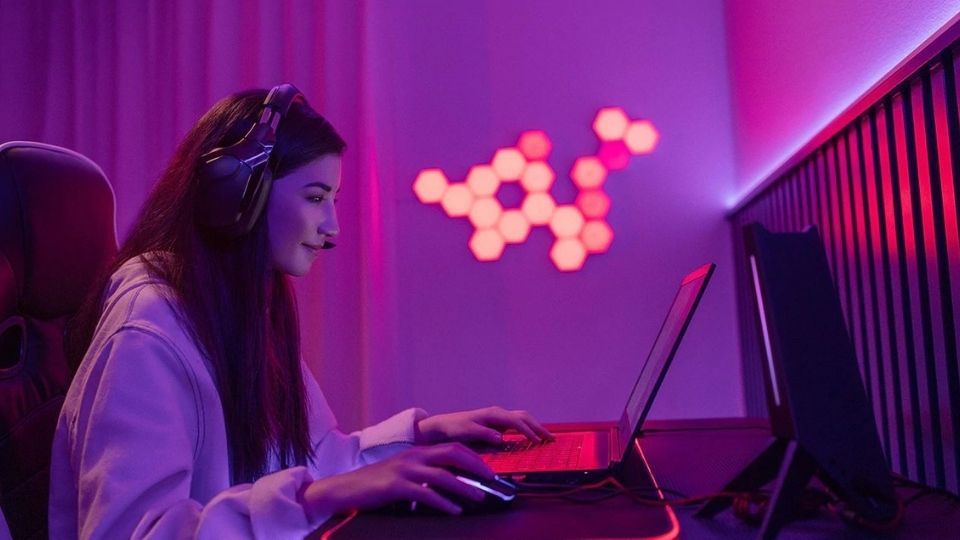 Earlier this month, AMD's Frank Azor stepped on the show floor at Computex 2021 and revealed what the company has been working on with its OEM partners. He struck a chord with the gaming laptop enthusiast in me when he said tech-savvy gamers look out for things like performance, great graphics visuals, long battery life, fast loading times, and a cool industrial design while shopping for laptops. These are a few things that influence our review rating here at Digit too. This is where the AMD Advantage laptops come into the picture.

What are AMD Advantage Gaming Laptops?

Buying a laptop can be a very complicated task. There are a lot of things to consider, and having more options on the market only makes it difficult as it puts more burden on your purchase decision. Unlike a desktop, in which the components are often upgradeable, a laptop purchase is a long-term commitment and you can't afford to have room for errors in your decision.

Think of it like AMD being a laptop specialist hired to do the research for you to get the best value for your money. AMD will consult with the OEM partners in selecting the right discrete GPU, CPU, display, and other necessary hardware components for their gaming laptops.

It's not to say that consumers will pick bad laptops while purchasing. It just ensures that the AMD Advantage laptops will meet the pre-requisites to offer a better overall experience. For instance, say, you end up picking a powerful notebook with great internals, but it suffers from heating and throttles. Say, you don't pay attention to the display and it could cause stuttering and screen tearing in games. These basic requirements may go unnoticed by a lot of consumers and then there's no going back since you can't upgrade or exchange the components on a laptop.

AMD promises that their AMD Advantage laptops will ensure a lot of these things are being taken care of. The company is also promising high frame rate gaming at 1080p, over 10 hours of video playback on a single charge, and higher transfer speeds due to the NMVe storage. These are some of the things that you can expect from these AMD Advantage laptops.

Long story short, if you are looking to buy a gaming laptop but you aren't aware of where to begin, then AMD says that you can buy one of their AMD Advantage laptops for an all-around experience and save time and effort doing your own research.

Sounds like a marketing ploy at first but I'd say if it's going to help make a better purchase decision, then why not give it a try, right? After all, not everyone is a technical shopper who is fully aware of the ins-outs of things like, say, the design trade-offs. I also think these kinds of programs get better over time, so you might end up see AMD tightening up the requirements further and only have high-quality offerings.

Currently, there are only two AMD Advantage laptops out there on the market - The ROG Strix G15/17 AMD Advantage Edition gaming laptops and the OMEN 16 laptop. Both laptops are powered by AMD's new Radeon RX 6800M and the RX 6600M  laptop GPUs. More laptops from other partner OEMs like Lenovo and MSI are also expected to arrive later this year. I see a lot of laptops making it into this list and it'll be interesting to see how these machines will perform. There's no word about the availability of AMD Advantage laptops in India just yet.

Acer refreshes its bestselling Aspire 7 Gaming laptop with 12th Gen Intel Core processor at a price of Rs 62,990
A sneak peek at some deals on laptops during the AMD Days sale on Flipkart
AMD Days sale on Amazon: Top deals you have to check out!
ASUS Zenbook 14X Space Edition
Intel 12th Gen P series vs U series: which one to choose and why
Advertisements