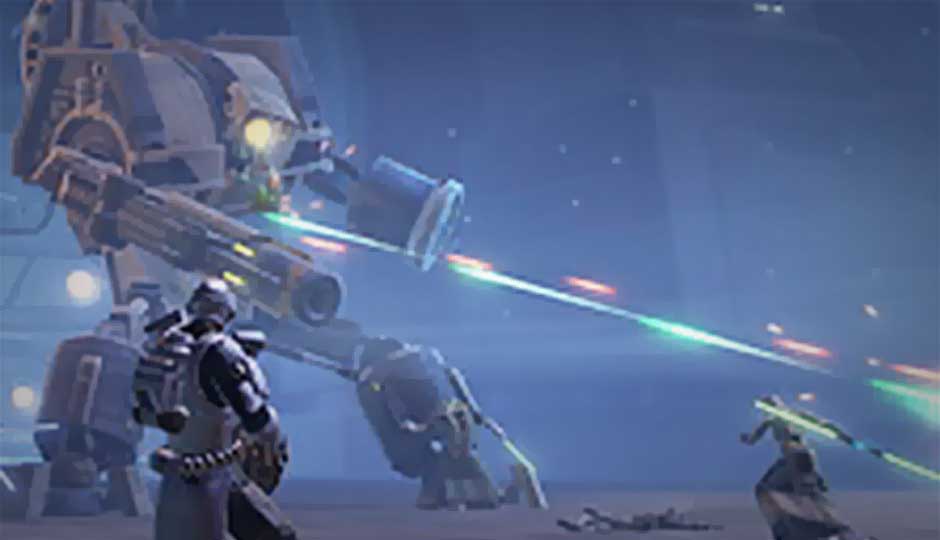 In the hunt for a few hot PC games? Check out what you need to play right now.

In the hunt for a few hot PC games? Check out what you need to play right now.

BioWare's Lucas-licensed hit. A wonderfully comedic take on the "me too" FPS genre. An old school MMO that's recently gone free-to-play and received a feature-packed expansion. If you identified those scenarios as representing Star Wars: The Old Republic, Team Fortress 2, and EverQuest II, congratulations, you're a hardcore gamer! And, if you're also a PC gamer, you can be doubly happy, as these three titles, and many more, are available on PC.

PC gaming has a few advantages over console gaming. The first being that you have more control over your gaming experience; you can upgrade your CPU, GPU, RAM, and HDD at any time—you don’t have to wait five years or more for console manufacturers such as Microsoft, Nintendo, and Sony to churn out new hardware. As such, video games released on the PC have the graphical potential to be leaps and bounds better than their console counterparts. Plus, interacting with certain games and genres (RTS and point-and-click adventures, most notably) can be far more intuitive with a mouse-and-keyboard combo, though console-like gamepads and joysticks are available for use as well (such as the Xgaming X-Arcade Dual Joystick).

PC gaming carries the stigma of being an expensive hobby due to the cost of high-end gaming rigs from the likes of Alienware, but you can very easily build a capable machine for $500. Plus, you can save some cash by purchasing titles online through services like the Editors' Choice award-winning Steam (Free, 4.5 stars), which offers mid-week and weekend sales ranging from 20 to 75 percent of regular prices. Steam also has larger, seasonal sales that include discounts on publishers’ entire libraries or bundles of their top games.

If you're ready to PC game, check out the ten titles in our story. Think that we've overlooked a hot title? Sound off in the comment section below.

Visit the next page to see the next three games...

The fifth installment in Bethesda Softworks' long-running fantasy action-RPG series is easily one of the most anticipated games of 2011. Set two centuries after the events in The Elder Scrolls IV: Oblivion, Skyrim sees gamers trekking through the open-ended Skyrim world during the midst of a civil war—all while a prophesized apocalypse at the hands of a dragon god looms. Players can "roll" a character based on human, elf, and other races, each of which come with their own specific attributes that you can tweak over the course of the adventure by adding new abilities, magic, and weapons.

EverQuest II is nearly a decade old, but that doesn't mean that the game's lost in the MMO sands of time. Not only has Everquest adopted the popular free-to-play model, but the game's eighth expansion, the $39.99 Age of Discovery, offers several never-seen-before features, including the ability to create dungeons, command beasts, hire mercs, claim a tradeskill apprentice, and reforge items.

Rodman diving for the loose ball. Russell pulling down a board. West going baseline. Jordan delivering his iconic jam. Developer Visual Concepts brings together several basketball icons—and their championship-caliber teams—in NBA 2K12, a cross-generation hoops title that not only rings the bells of nostalgia, but delivers tight gameplay, excellent commentary, and a stellar TV-style presentation. 2K12 is easily one of the best b-ball games ever made, as it delivers the sights and sounds of the NBA across several decades.

Visit the next page to see the next three games...

Inspired by high-stakes action and crime flicks such as Die Hard and Heat, Overkill Software's Payday: The Heist is a downloadable cooperative first-person shooter focusing on four criminals who team up to pull off robberies. It contains six different missions that include four player co-op action, hostage taking, intense firefights with law enforcement agents of many levels, and a tension-filled, looping drum beat that adds cinematic soundtrack flair and gets the blood pumping.

Shank, the blood-letting protagonist of 2010's hit side-scrolling beat 'em up, returns to shoot, stab, and explode legions of enemies in this action-packed sequel. Shank 2 features more baddies to bash, a new counterattack indicator, a combo-friendly multi-weapon combat system, and a robust co-op mode that lets you and a friend slaughter foes using the magic of teamwork.

Blizzard Entertainment has a reputation for taking a long, long time to release titles, but military strategy fans were more than a little pleased that the developer displayed a slow hand with StarCraft II: Wings of Liberty. The sequel to the award winning StarCraft sees three factions—the Protoss, Terrans, and Zerg—battling it out with weapons both old and new. An expansion, Heart of the Swarm, is set to appear…someday.

Visit the next page to see the last three games...

Valve's team-based first-person shooter is almost five years old, but the game's personality and comedic take on the FPS keeps it fresh. TF2 lets players play as one of nine offensive, defensive, an support classes—Scout, Soldier, Pyro, Demoman, Heavy, Engineer, Medic, Sniper, Spy—in a war between two organizations , RED (Reliable Excavation & Demolition) an BLU (Builders League United). The game's recently gone free-to-play, so you can jump into the shenanigans without opening your wallet.

Wakfu, developer Ankama's free-to-play tactical MMO that combines political intrigue, anime-style visuals, and turn-based strategy gameplay, opens to the public on February 2012, but you can get on the closed beta right now by signing up at the official site. Wakfu features customizable character classes that gamers can use to defend their nation against enemy attacks, conquer new territories, vote, elect government officials and even run for governor. An optional $6.00 monthly subscription fee opens the door to premium content, and a microtransaction–based store allows users to purchase cosmetic items to help differentiate their on-screen avatars.