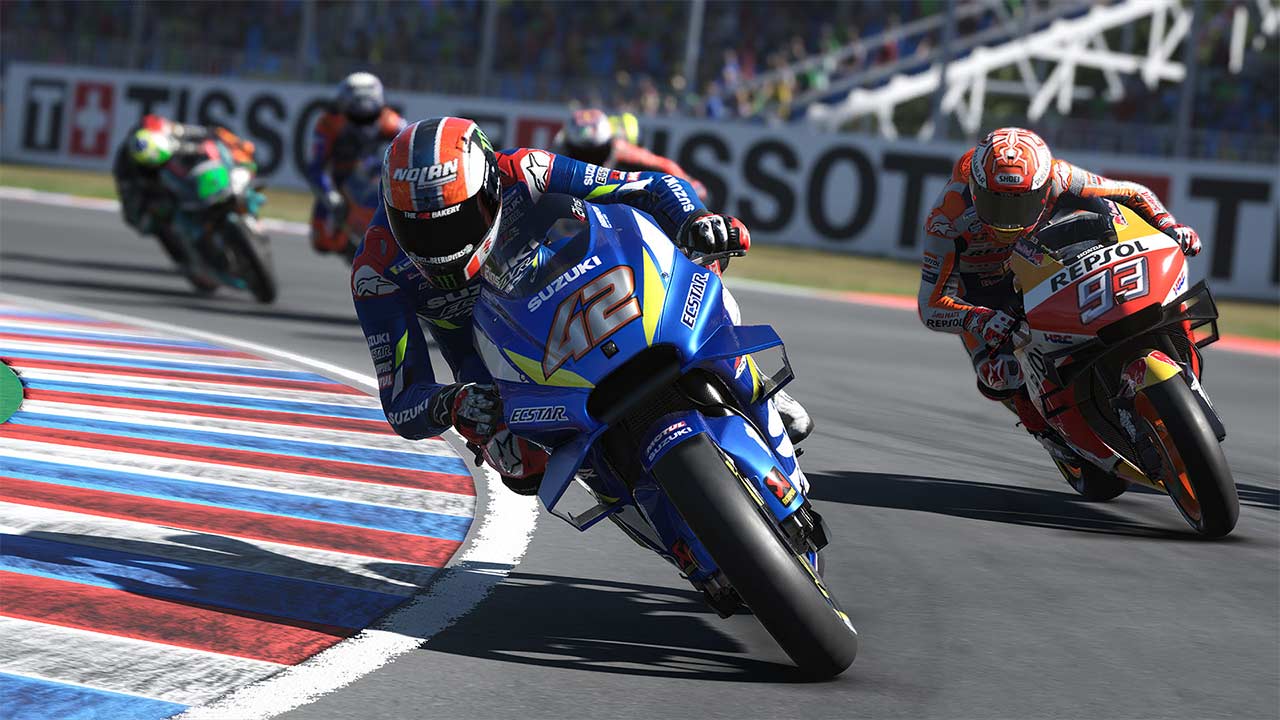 Having played last year’s MotoGP 19 and coming out the other side with a rather positive experience, we were pretty excited to get our hands on the new MotoGP 20. This time around, only a few things were different, the biggest factor that affected our gaming experience however, turned out to be an external factor; the fact that we played on a PC rather than a console.

Milestone Srl probably has the most expansive catalogue of bike racing games out there. For a reason, they do a pretty good job. No one else quite captures the feel and weight of riding a bike as well as they do, which is exactly what you want in a racing sim that aspires to emulate realistic racing as much as possible. Not only that, they’ve even improved on their very impressive Neural AI as well, which was first implemented in MotoGP 19. Most other racing games’ “AI” aren’t really AI, meaning ultimately it didn’t matter how well you performed or how great your lead was, depending on your difficulty, the AI would automatically be able to catch up with you and make the race harder. With Neural AI, your opponents are like simulated human players, each with their own parameters doing their own race and attempting to win. With MotoGP 20, they’ve turned up the aggression on the AI racers, and if you though they were easy to handle in the previous game, you’ll find them to be more of a challenge this time around, even on easier difficulties. It’s like a blanket rise in difficulty throughout the game. This adds to the game’s already steep learning curve, making it not-so-welcoming to newcomers to the franchise. 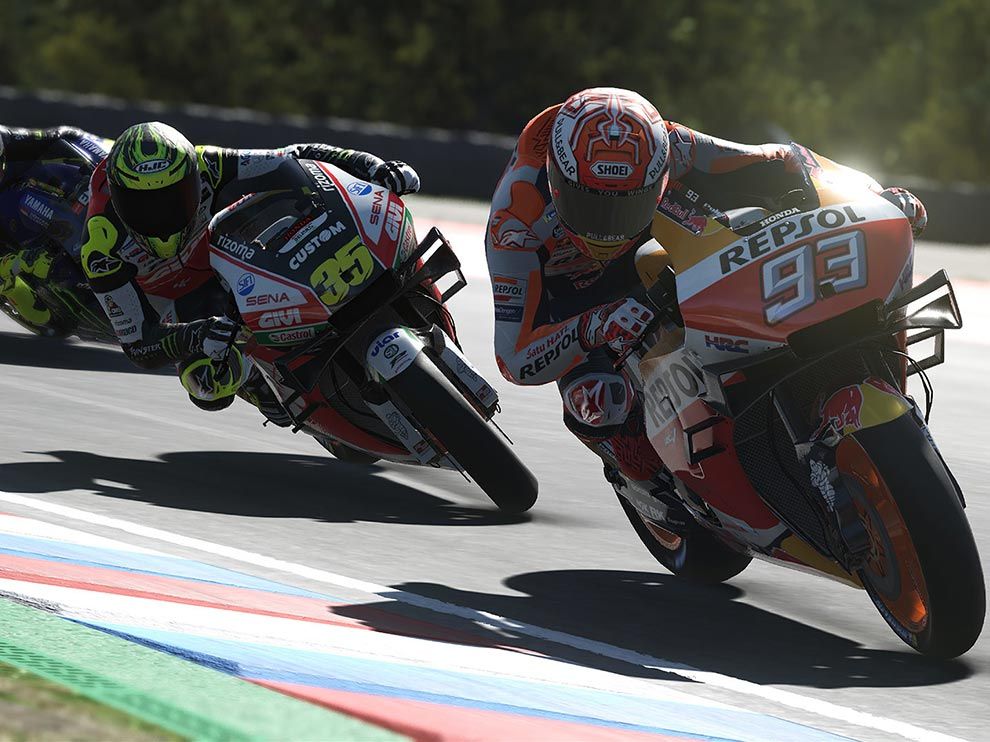 Coming back to the racing itself, like we mentioned earlier, they feel and weight of riding a bike is excellent. The physics is top-notch and even the sensation of speed feels better this time around. However, our biggest challenge this time wasn’t exactly the game’s learning curve, we’d already dealt with that in the previous title. It was switching to a keyboard from a controller. Playing on a controller makes a world of difference, we’ve probably even mentioned this on our MotoGP 19 review (which we will shamelessly plug). For a game that relies so much on finesse and controlling braking and accelerating, the keyboard is just no good. The pressure sensitive trigger buttons and joysticks on a controller are built for this kinda stuff. On a keyboard, you’re either pressing the ‘w’ key, or you aren’t, there’s no two ways about it.

The steep learning curve applies to more than just the racing, navigating career mode for example can also be confusing initially, leaving you wondering why you have to manually skip through empty weeks yourself and why the game doesn’t just automatically do that for you. Even when it comes to the races themselves, there are other elements that come into play which impatient players aren’t really going to pay attention to, such as the pre-race practice and qualifiers that determine your starting position in the main race. 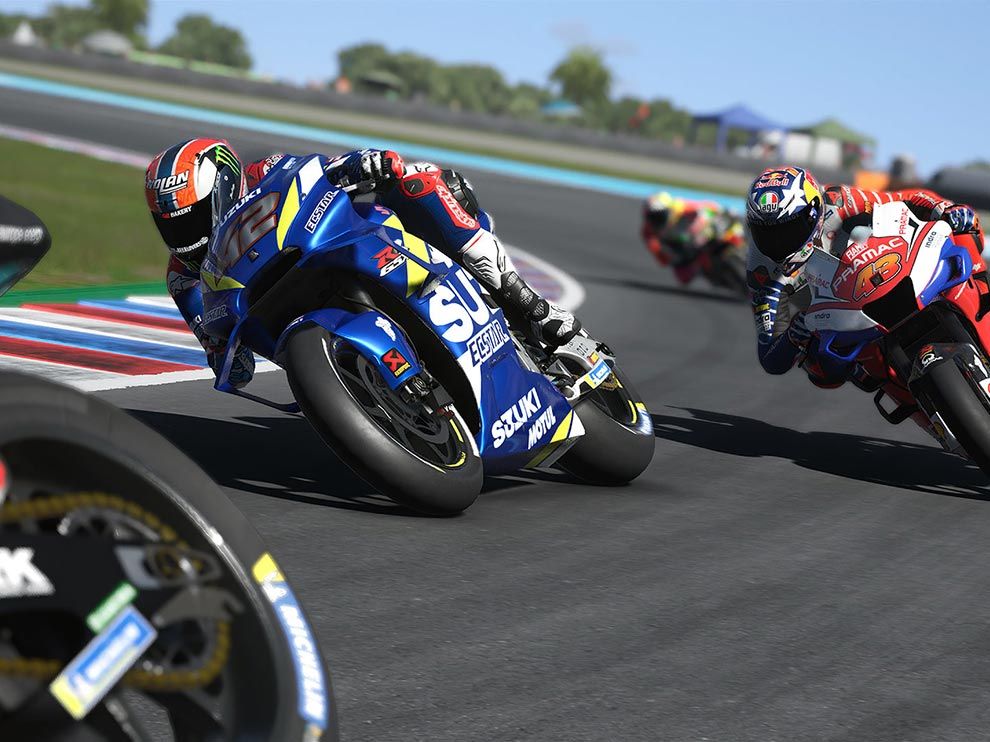 Other than that, the game is pretty much the same as MotoGP 19 for the most part. The rewind function is also still present, and rewinds quite far behind giving players plenty of window to make right on their mistakes. We’re sure it will see excessive use. For newer racers, everything from the gears, to the brakes and electronics can be set to automatic. For diehard sim fans, they can all be set to manual for the ultimate MotoGP sim.

When it comes to the graphics, again, for the most part the game looks almost the same as MotoGP 19. The racers and bike-staff models look exactly the same as in MotoGP 19; they still look grainy and dated, you may have seen better models in some PS2 games. But it’s hardly the crux of the game so we’ll let it slide.
When it comes to tracks, bikes, helmets etc, they look pretty decent. The bikes sound convincing too, no complaints from us. They also come with plenty of customisation options, both within the game itself and with giving the player the ability to import their own sticker designs for their rider suits and helmets. However, bike customization is limited to just colours, probably for copyright purposes.
Additionally, at the start of your career you can opt to choose a female rider as well, although, there are only 5 rider options compared to the 19 male options.

MotoGP 19 was an excellent racing sim, and MotoGP 20 only improves upon its features. Overall, it’s an upgrade, with improved AI, visuals, physics, gameplay and even a better HUD. The UI can still be a bit confusing and the game modes and the racing itself have a steep learning curve, but ultimately, it’s a rewarding feeling when things finally start clicking for you. Also, get a controller, the game’s enjoyed far better on a controller than on a keyboard, we learned the hard way.

vivo V19: Helping you take the perfect shot for those perfect moments Previous Post
Unc0ver Jailbreak for iPhone, iPad is here: Everything you need to know. Next Post