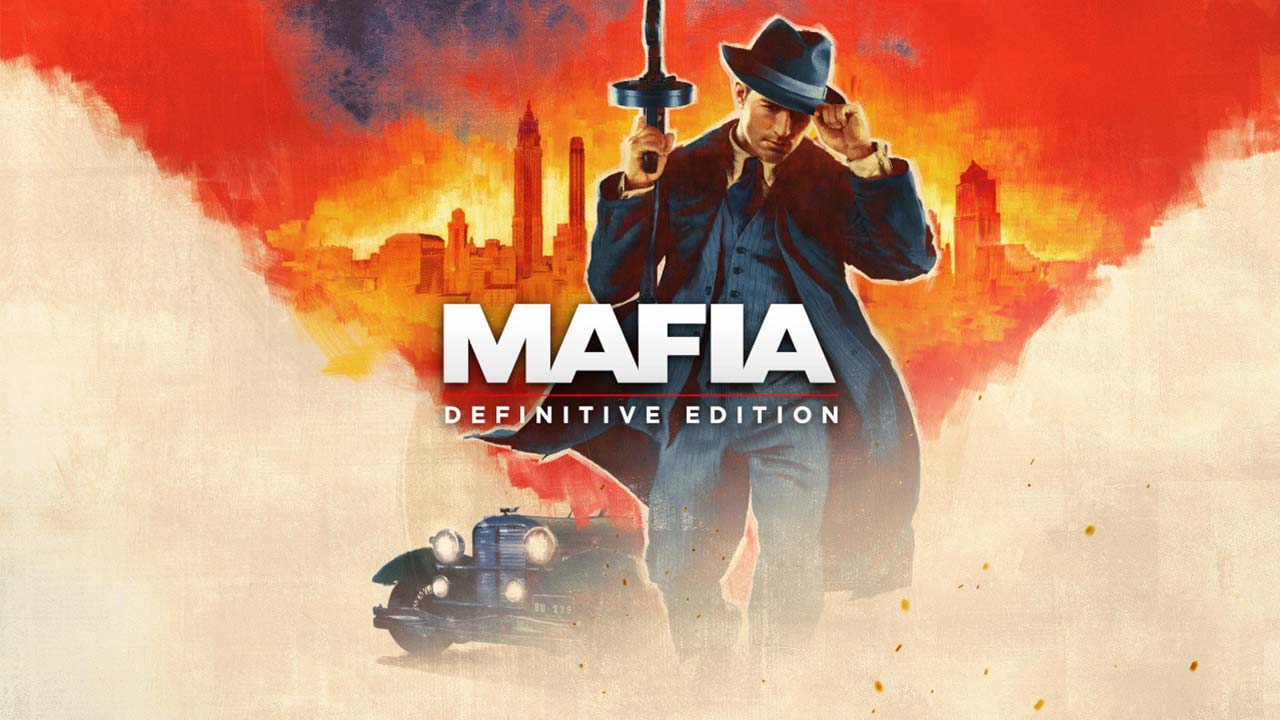 It's been almost two decades now since the original Mafia came out, which was released way back in 2002. Mafia: Definitive Edition is a remake of the original, built from the ground up for the modern gaming generation. The game is set to release for PC, Xbox One, and PS4 on September 25 but we had a chance to preview the game, and here are our impressions. 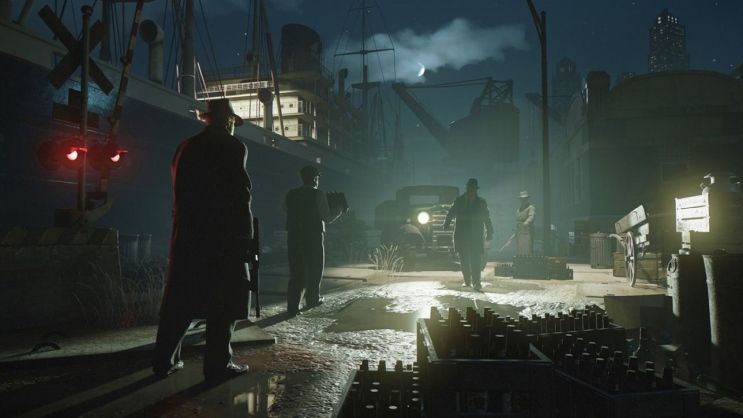 Both, those of us who have, and haven't played the original, can immediately agree on one thing about the remake. It looks fantastic. It also fills a void, when it comes to open-world games in historic settings. Assassin's Creed is the only other franchise we can think of that does that. Of course, it's not THAT historic, since the setting is the early 1900s, 1930's to be exact. Still counts. Like we mentioned above, this is a full remake, so everything from the environments, to the buildings and the characters has been rebuilt. By all means, this is as good as a brand-new game.

Of course, that's not all that's new. Thankfully, the gameplay elements also feel like they belong to a newer game. As compared to the original Mafia which felt rather stiff, especially when it came to the third-person combat. The Hangar 13 team that worked on the original Mafia actually worked in some of the gameplay mechanics from Mafia 3 in order to accomplish this. 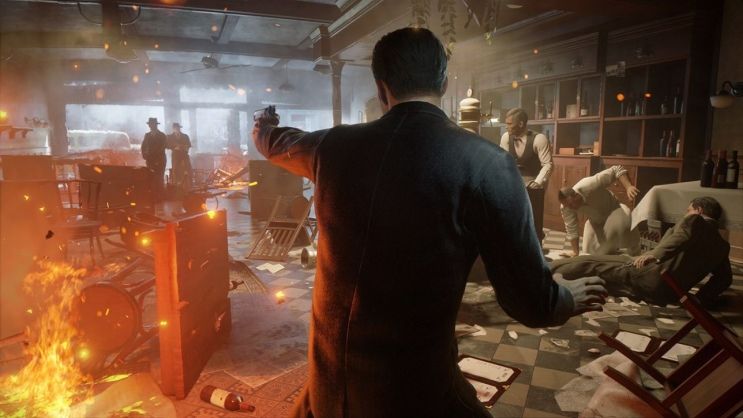 Now, if you're someone who hasn't played the original Mafia, then driving will take some getting used to. Heck, even if you've played the original it'll take some getting used to. You see, in the 1930s, cars weren't exactly zooming around. You're basically driving around in slow motion. The game stays true to its time setting this way, and roads are littered with road signs for you to follow, GPS of the time period. The name of the game is immersion, and Mafia has it in oodles. For those of you who've played the original, that one level which involves stealing and sabotaging a race car and then winning said race, still very annoying. 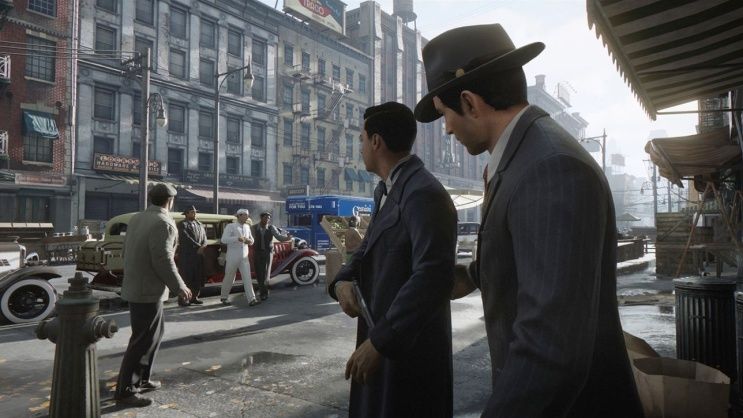 The original Mafia arguably had the best story in the Mafia games. That still stands today. The game follows Tommy the cab driver's story as he stumbles into the Salieri crime family, and then proceeds to become a member, all of it told by him as the narrator. The game does have a large open-world, but the story and progression is fairly linear, and moves pretty fast. Which is not a bad thing; the game doesn't force you to do minute side-activities. And the story is gripping enough that you want to see it to the end for the conclusion. It's nice for once, not seeing your map littered with icons for side-quests and activities. Of course, this in no way means that there aren't things to do outside of the story, there's plenty of variety in that as well, from races, to shootouts, to collecting cars etc. 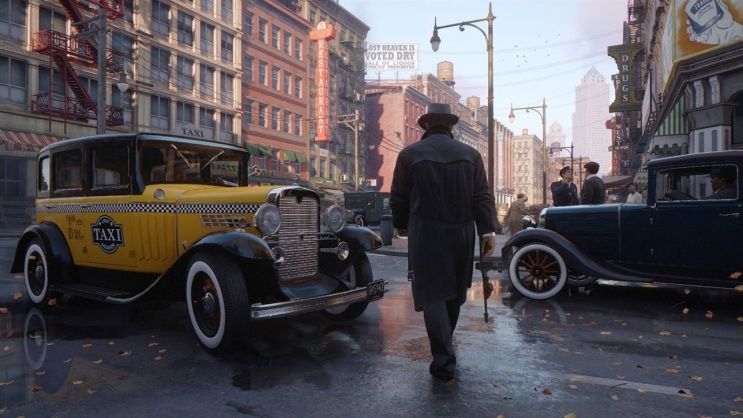 Lost Heaven, the fictional version of Chicago, looks gorgeous. The attention to detail is easily noticeable, and the city feels dense and alive. The churches, the skyscrapers, the old cars driving around, the people. It all comes together very nicely and only adds to the immersion we were talking about earlier. 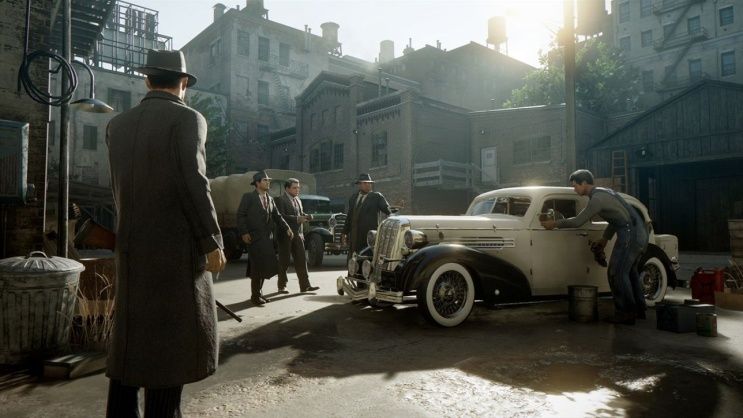 Mafia: Definitive Edition is a remake of an open-world game that came out long before Rockstar's GTA III or Ubisoft's Assassin's Creed games, which set the standard we look for in open-world games. With Mafia, Hangar 13 have decided to stick to the original formula, and it's great. The feeling of there being a lot you can do, without having busywork shoved down your throat is a win-win in our books. Not to mention, the game looks gorgeous, and the story has aged well. Definitely a good pick-up for anyone looking for an open-world, story-driven game.