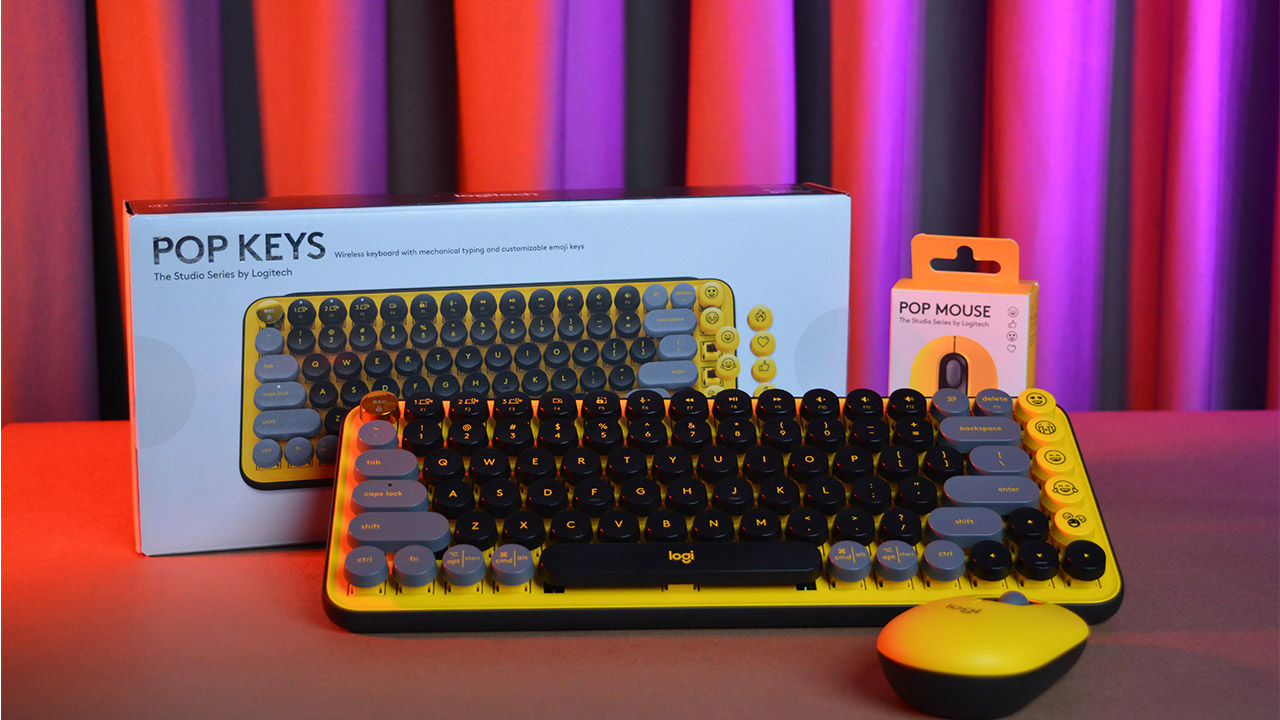 The Logitech POP Keys and Logitech POP Mouse are a wireless, colourful, and portable keyboard and mouse for the always-on-the-move Gen Z.

One look at the Logitech POP Keys and Mouse is all you need to figure out which demographic Logitech is going for with the latest additions to their Studio series of peripherals. What we’ve got here with the POP series is a colourful and portable keyboard and mouse for the always-on-the-move Gen Z. And so they hopefully won’t be too embarrassed to be caught using these in public, they come in quirky colours and a healthy sprinkling of some emoji action, which we’ll get to shortly. We’re reviewing the POP series as a whole here, so we’ll be covering both the POP Keys and the POP Mouse. 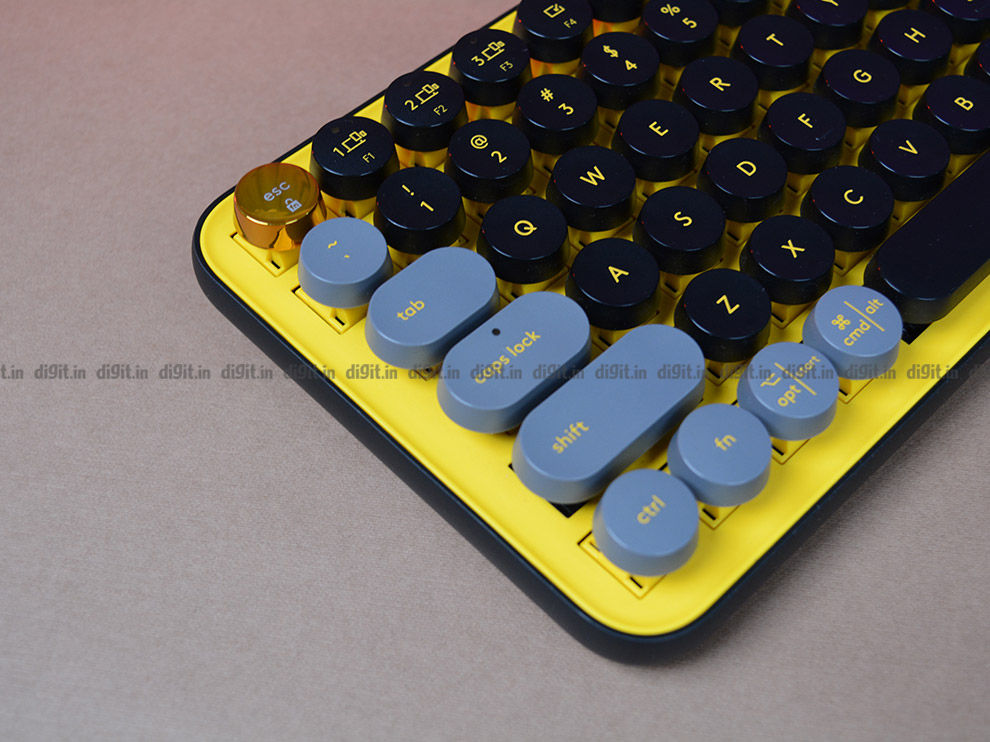 Both the Logitech POP Keys and the POP Mouse have fairly decent build quality. We got the Blast variant for review, which is the yellow, grey and black coloured theme. In addition to Blast, you also have the Daydream theme, which uses pastel blue, purple and off-white colours, and the Heartbreaker theme, which uses shades of pink and red. The bodies are made out of hard-plastic, and both the keyboard and mouse have a matte finish, save the esc key on the keyboard and the middle section of the mouse where the scroll wheel is present, which are glossy. All the letterings on the keycaps are also glossy. 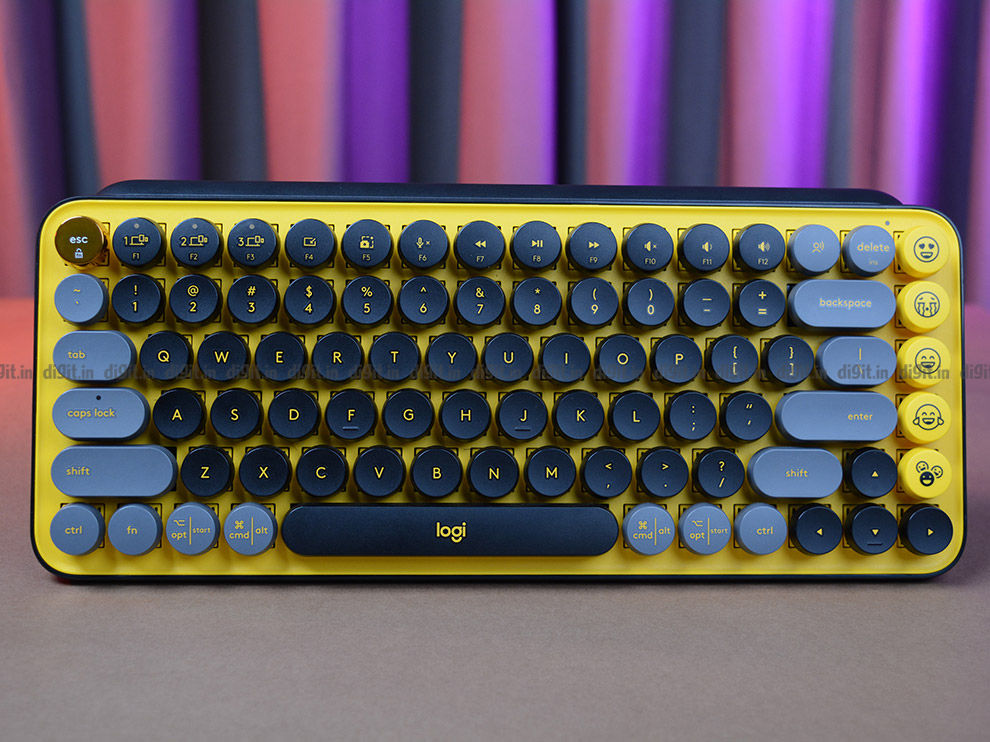 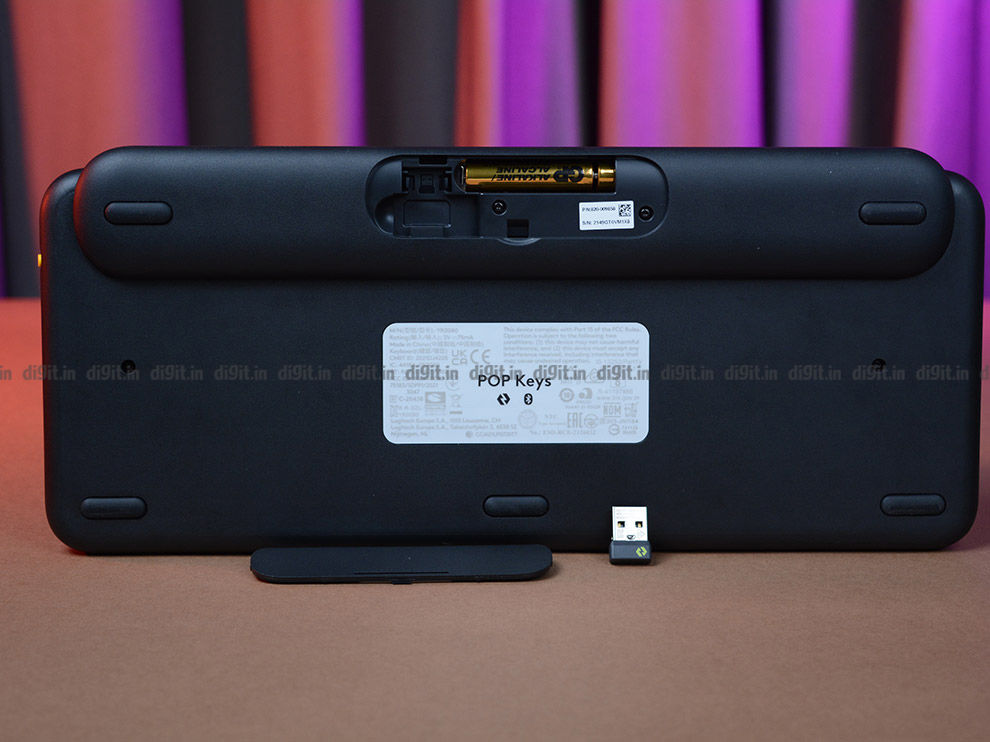 While you’re able to freely switch between three devices, with one of the three being the USB 2.4Ghz dongle, you cannot be actively connected to more than one device at a time. Meaning, you can’t have both the 2.4Ghz connection and Bluetooth working at the same time. The first three function keys, i.e, F1, F2, and F3 can be used to switch between devices. 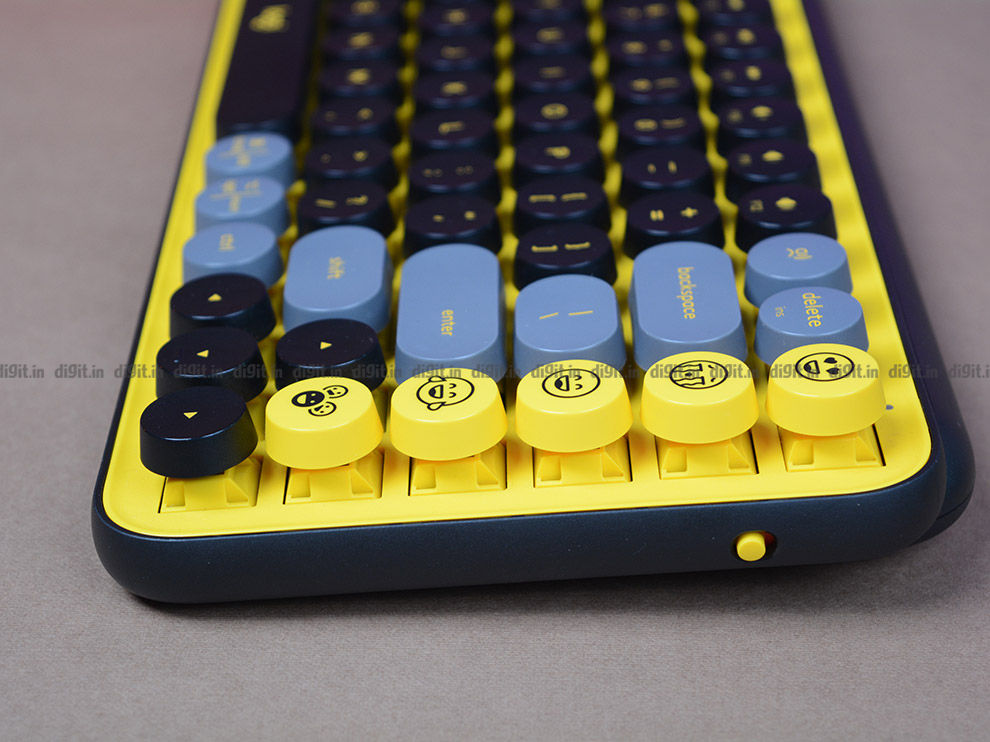 The keyboard uses a mini layout, with 85-keys. Which brings us to the next stand-out feature of the keyboard, the five additional emoji keys. The keyboard comes with five dedicated emoji keys on the right side. These are mapped to emojis by default, but can be customised to whatever you want via the Logitech Options software.  Fortunately, you’re not limited to emojis and can set the keys to pretty much whatever you want. 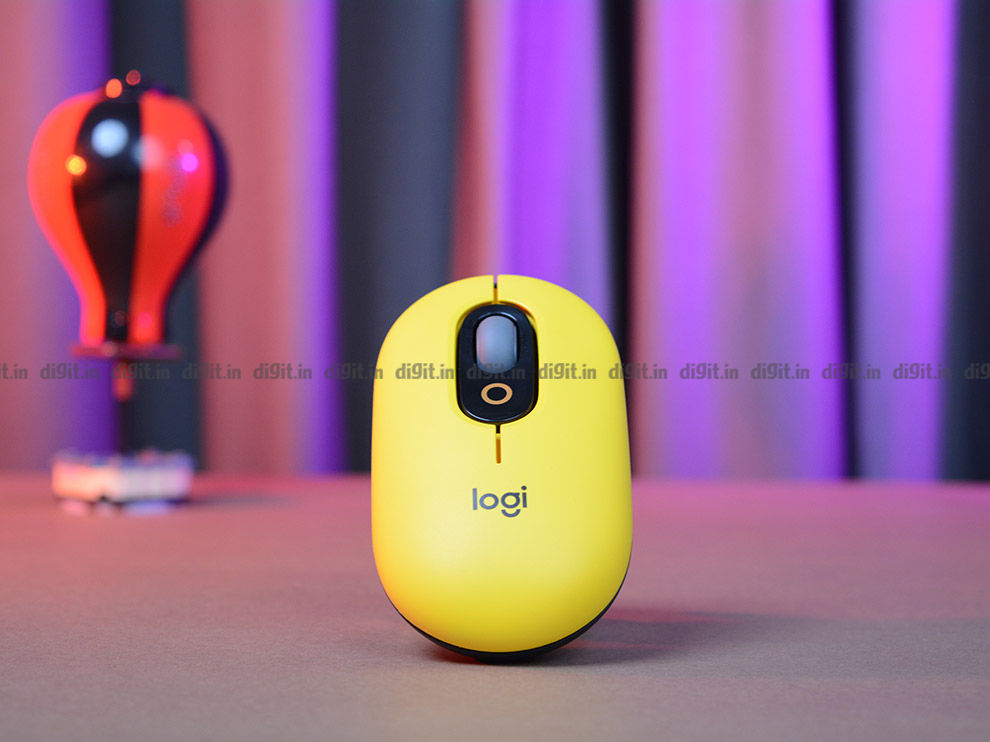 The mouse on the other hand is a lot more subtle than the keyboard, and looks a lot more minimalistic. It follows the same aesthetic as the keyboard, and has one additional button that sits right under the scroll wheel. This extra button is by default a quick way to access, you guessed it, emojis again. But fortunately, this can also be customised. Underneath the mouse, you've got the power on/off switch and a single button to quickly switch between three devices, as is possible with the POP Keys. 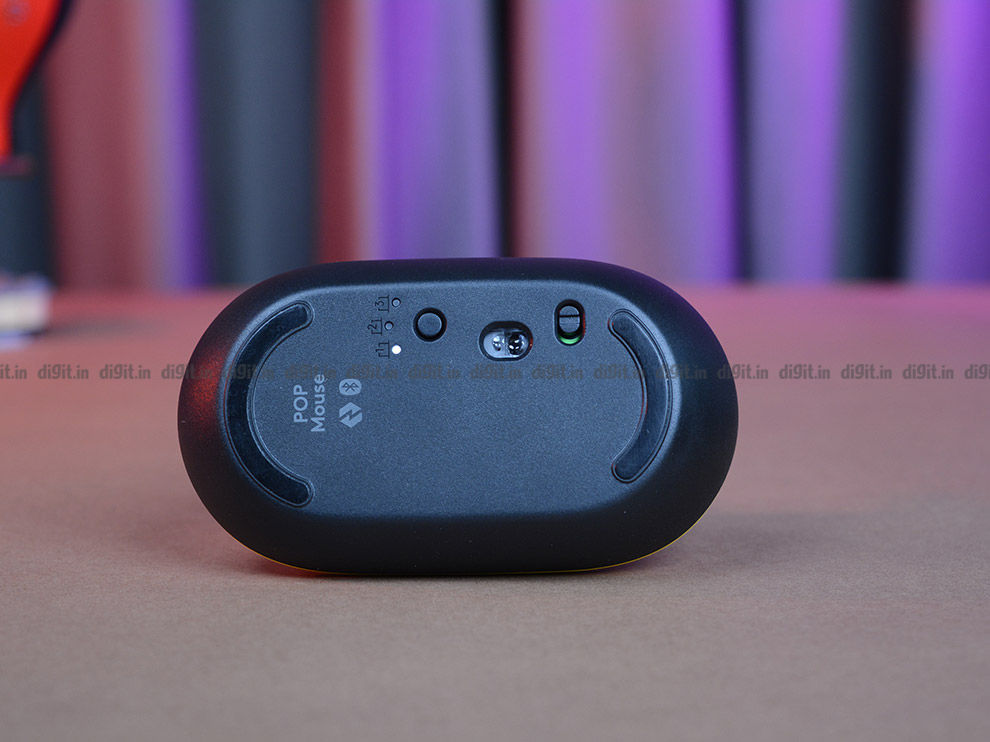 The entire top cover of the mouse can be easily popped off and is held together with just magnets. It’s sturdy enough that we didn’t feel it come off on its own. Opening the mouse up reveals the battery compartment, where we have a single AA battery powering the device. Underneath, we’ve got decent mouse feet, which work well on just about any surface. As they should, considering the goal here is portability.

Overall, there’s no denying the Logitech POP Keys and Mouse have a very eye-catching design and will certainly spice any desktop up.

The POP Keys come with TTC Brown mechanical switches, which in terms of overall experience aren’t too different from Cherry MX Browns. While we find the typing experience on tactile brown keyboards to be fairly pleasant, with the Logitech POP Keys it takes some getting used to. This is largely due to the circular shape of the keys. The typewriter aesthetic really doesn’t help with typing at all. Additionally, for those who aren’t used to keyboards with smaller form factors, it can take some time to adjust. However, once we got used to both the keys and the smaller form factor over long periods of use, we found the typing experience to be just as pleasant as other keyboards. Of course, that doesn’t mean that we still fumbled while typing, especially when it came to using punctuation. 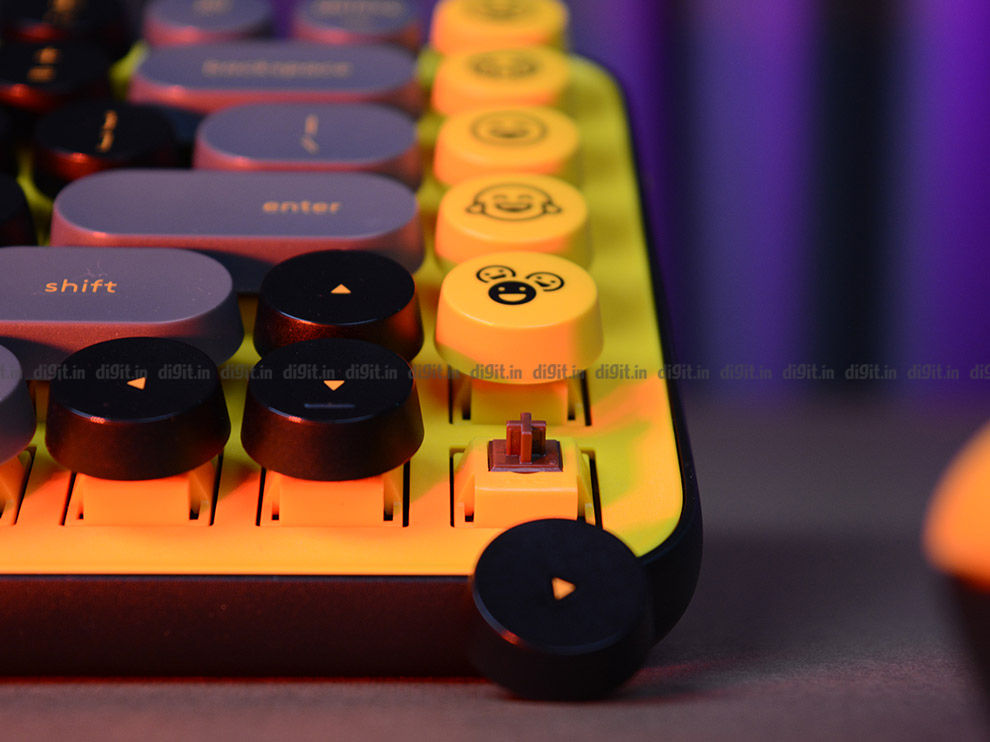 Next we come to the dedicated emoji keys. If you’re someone who uses emojis a lot, great, you’ll find plenty of use for those keys.If you don’t however, those are five extra, useless keys on the keyboard taking up real estate. Fortunately, like we mentioned earlier these can be customised to whatever you want. This includes macros for two key combinations, so for instance, you can map the first emoji button to Shift + 8 if you want, or you can map them to one of the missing keys on the keyboard, like Page Up, or Home. So there is still some use to them. In addition to the emoji keys, the function key functions can also be customised but that’s about it. 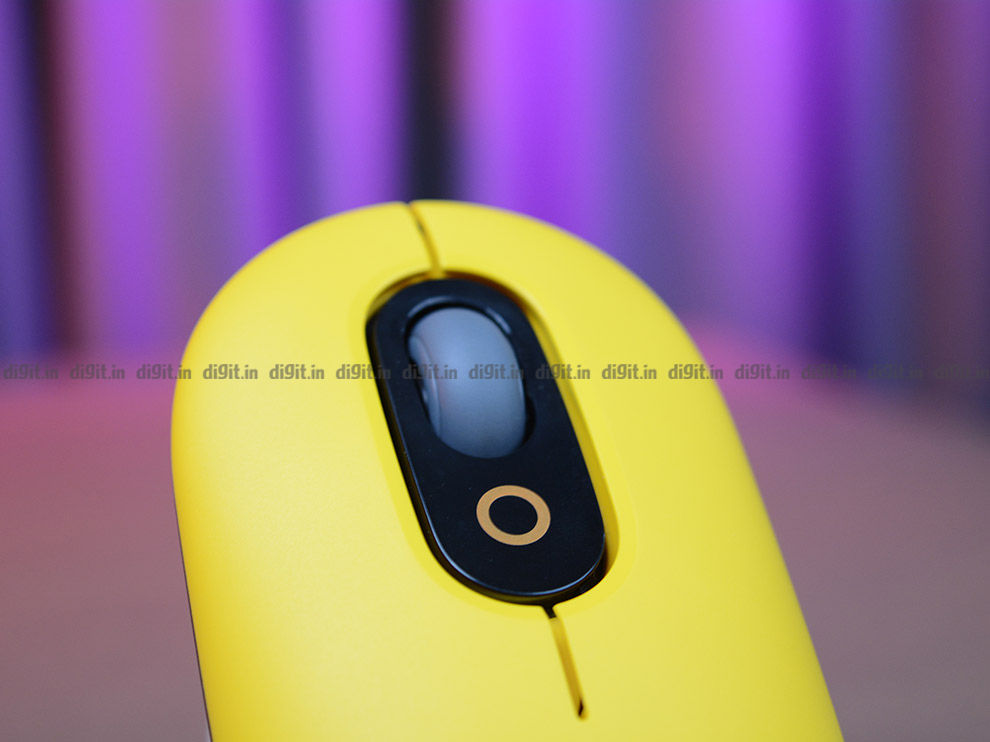 The POP Mouse is a pretty standard wireless mouse as far as performance is concerned. It has an advertised DPI of 1000-4000, however, there’s no way to actually adjust that yourself via the software. All you can do via the software is enable or disable smooth scrolling, invert the scrolling direction and assign actions to the macro button. For both devices, the software, Logitech Options, feels pretty lacking in options. Smooth scrolling is nice, and basically turns the scroll wheel into an infinite scroll wheel if you scroll fast enough - removes the scrolling resistance essentially. It’s handy if you need to scroll through a large number of pages or content. Slow down the scrolling and it goes back to normal.

Another interesting feature on the POP series is Logitech Flow technology, which allows you to seamlessly copy things between paired devices. For instace, you could copy a file on device one, switch to device two, and paste the file there. This can certainly boost productivity if you're someone who frequently switches between devices for work. 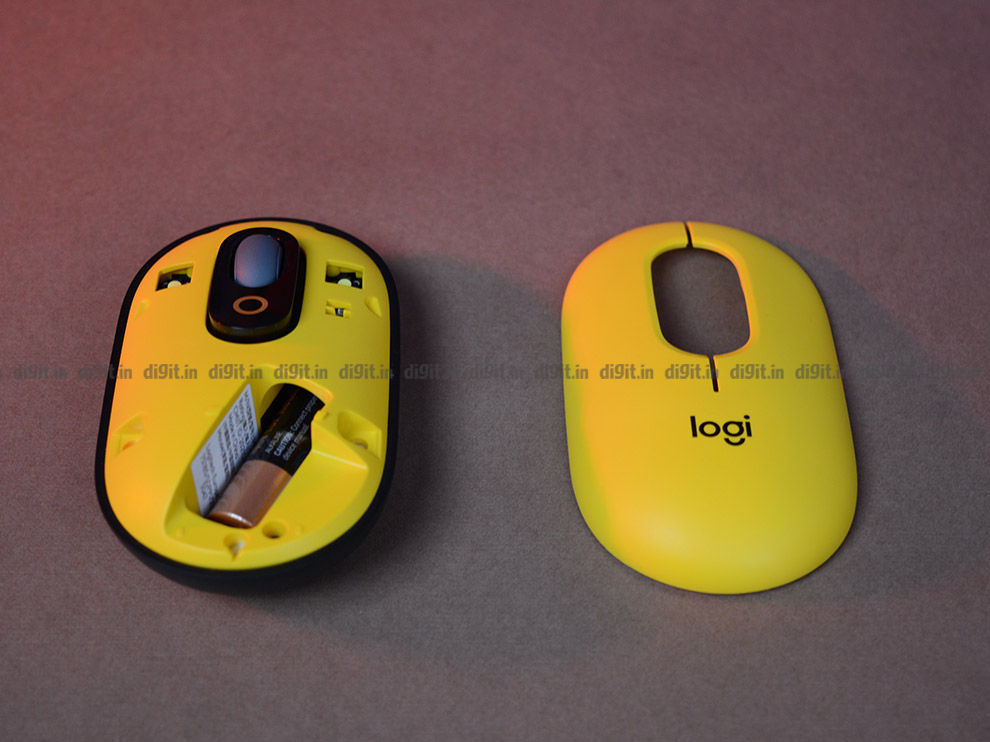 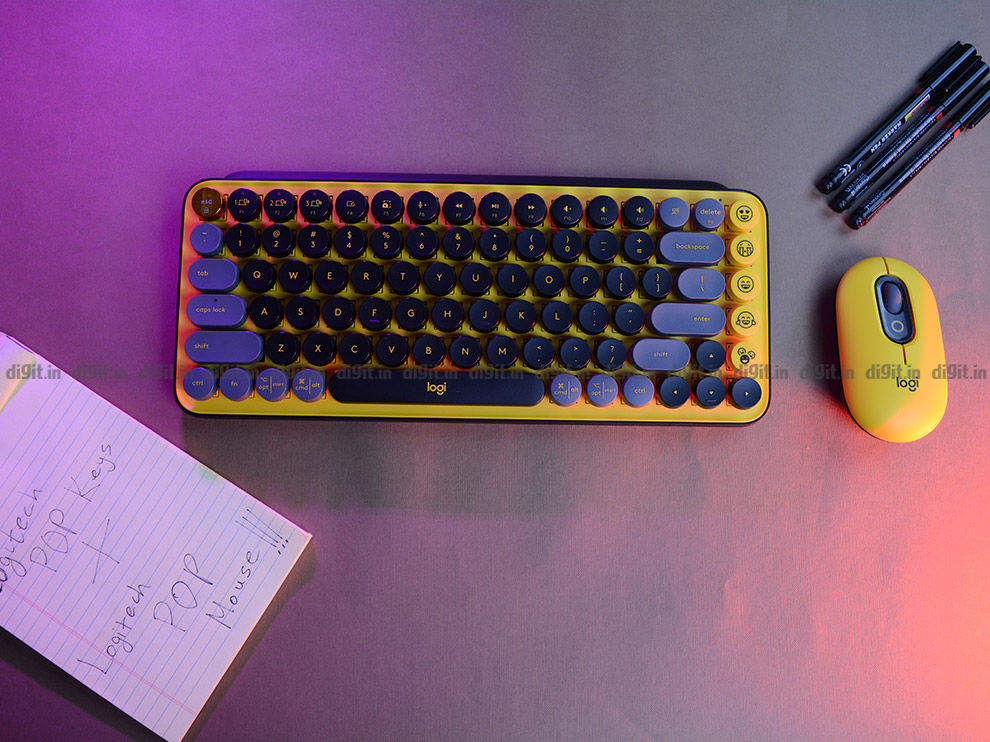 The Logitech POP Keys and POP Mouse are certainly eye-catching, and Logitech have clearly put a lot of thought into the aesthetics. However, some things, like the dedicated emoji keys, feel unnecessary. Fortunately, you can remap them to whatever you want, but you’re still stuck with five emojis on your otherwise good-looking keyboard. Then again, the appeal is subjective and you might actually be someone who appreciates easy access to emojis. We found the overall experience of using the devices fairly pleasant, however, the Logitech Options software could do with more, well, options. It’s certainly nowhere near as good as Logitech’s G hub when it comes to customisability, but then again, these devices aren’t targeted at gamers. Finally, at INR 9995, and 2995 respectively for the keyboard and mouse, this is a rather pricey combo; we’d find it much easier to recommend buying when they’re on sale.