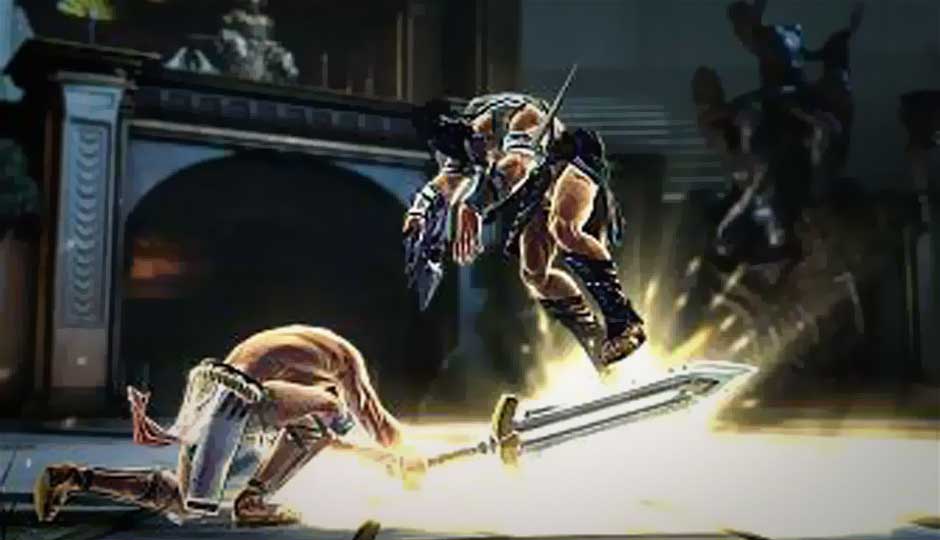 God of War has been an awesome franchise and has blown me away on whichever platform I have played it (PS2, PS3 or the PSP). The first game on the PS2 got me interested in Greek mythology and the second game which was launched on the PS2 at the heel of th

God of War has been an awesome franchise and has blown me away on whichever platform I have played it (PS2, PS3 or the PSP). The first game on the PS2 got me interested in Greek mythology and the second game which was launched on the PS2 at the heel of the PS3’s launch proved that the PS2 still had untapped power under the hood.

On the PS3, God of War 3 was one of the best looking games. There are no two questions about that. That comment however may be rewritten with God of War Ascension. The game looks gorgeous, whatever we have seen of it thus far. But I was a little sceptical about the multiplayer mode in the game. In the past year we have seen some of the best franchises in gaming tag along multiplayer mode just for the heck of it. Some games such as Uncharted 2 proved me wrong. Others like Dead Space 2 and Assassin’s Creed proved me right.

Now, we have access to the multiplayer beta of God of War. Is this just another tag on? Or has the franchise nailed its first multiplayer venture?

In the multiplayer of God of War Ascension, you start out as a warrior dropped into Olympus. You need to pledge your allegiance to one of the God’s – Aries, Zeus, Hades or Poseidon. Hades and Poseidon are locked for the beta and will be available to PlayStation Plus subscribers from January 8.

Choosing an allegiance to each God has its own advantages and disadvantages. Some offer better attacks, magic or defence abilities. Your options are explained to you when you pledge allegiance to a particular God.

Once your choice has been made, you undergo a small training giving you the basics of the controls and the abilities that your character possesses. Once your training is complete, you are tossed into the arena and as they say - let the games begin!

Like all the other multiplayer games that came before it, God of War Ascension offers gamers the ability to level up and upgrade their character with new abilities, magic and armour to pimp out your character.

In Favour the God’s, you are in the lair of Hercules (the same arena where Kratos takes out the demi-god in God of War 3). Hercules overlooks the match in this arena and there are plates that light up giving player’s health magic and special abilities. The arena is perfect sized for 4 players to battle it out and there are moments when the action gets really intense. The time limit of the match is 10 min and the goal is to score 8000 points. Simple, effective and very addictive.

Players have access to weapons such as swards, hammers and more and magic abilities as well. All these abilities can be unleashed in combos to attain maximum damage on the opponent.

Team Favour the God’s takes place in a level called Desert of Lost Souls. This match type took almost 20 minutes to find a match and load us in and that was a bit frustrating. This match type is a lot more intense with firetraps that can be activated by pulling a leaver, along with a beast (more like a Titan) that is constantly hammering the ground. Yes, this is the same level that was showcased when the multiplayer for God of War ascension was announced. This map is a little more open giving players a little more freedom to navigate.

One of the disadvantages of the beta is that while match fixing, the skills of the players aren’t taken into consideration. The first few matches in played, I had my ass handed to me by players who were way more skilled and had unlocked way more goodies than me. I’m sure this issue will be addressed in the final build of the game.

Initially, we were a little sceptical when we heard that God of War Ascension would have a multiplayer mode. Our scepticism still isn’t over as this is just the beta and a lot of the small bugs will be fixed before the game launches.

How does the multiplayer fair? Well, it is addictive and a lot of fun. Put simply, if you ever thought what it would be like to watch a match of Kratos vs Kratos, you need to look no further. The character you play of course isn’t Kratos but the gameplay mechanics are on familiar territory. So far, the multiplayer beta of God of War Ascension has impressed us and we can’t wait to take a jab at the final version of the game.