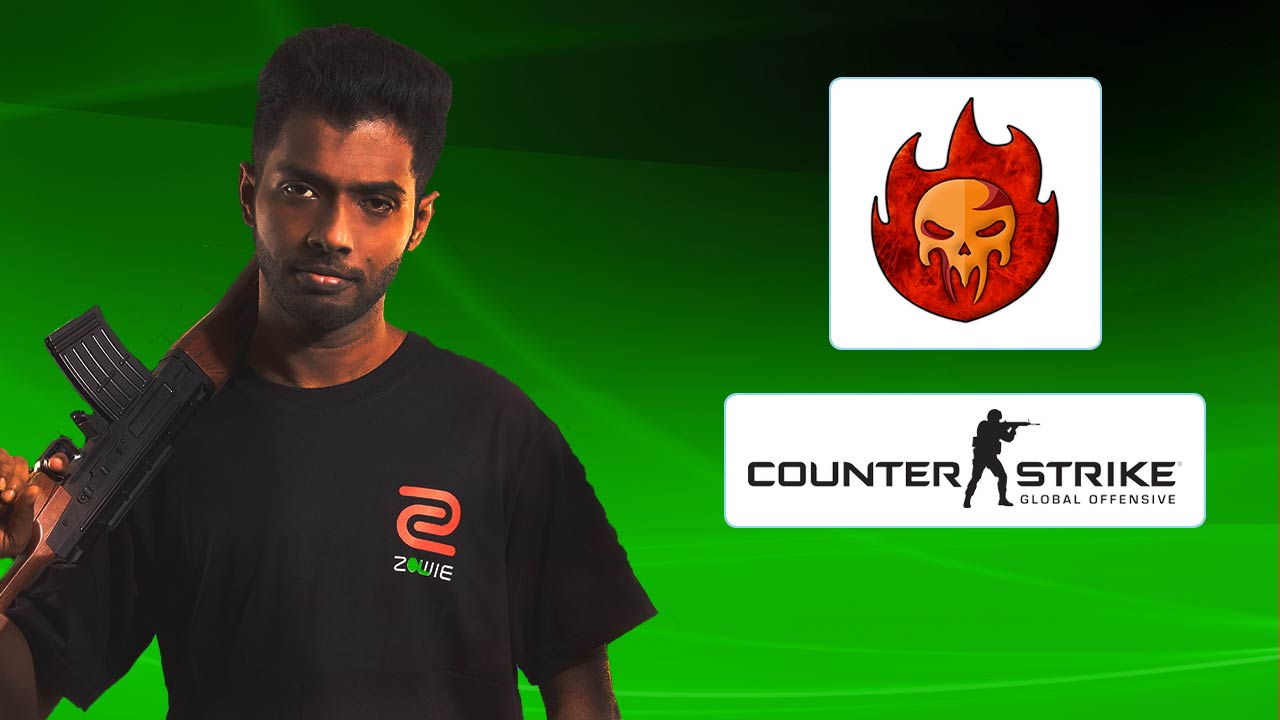 Who are you and how did you get into gaming?

My Name is Bodhisattwa Panday, popularly known as Bubun (my IRL nick name), my in-game name is The_Guru. From childhood, I was facinated with gaming. First I used to play the TV video games (Contra, Double Dragon, Duck Hunter Etc), then I got my first PC in 2000 with Road Rash as the first game. It was love at first sight. About Playing CS, I started with a bootleg version of Counter-Strike: Condition Zero in 2008, got addicted to the gameplay and kept on playing it.
After watching some competitive Counter Strike over the internet, I got hooked to eSports. In 2009, I started playing Counter-Strike Source and instantly got better at the game. So I started grinding the game with the intension to win tournaments but due to limited tournaments in Source in india , I was unable to showcase my skillset in Source. But in 2012 with the arrival of Counter-Strike:Global Offensive, tournaments Increased and I never looked back.

Counter-Strike: Global Offensive, its more than a game, its an emotion.

I am the captain and founder of the team Slaughter Rage Army (SRA). We had various Team names , but after we named our team SRA , we had grand success. We are More than a Team. 4 of us live in same neighbourhood in Dum Dum Cantonment, Kolkata . 2 of my teammates were my school juniors (Aflekx and Negative) , and Macho was my College Junior. We know each other for 10-15 years. Dream was a local player here , I picked him up in this year after he was playing amazing in lan and online. Now he is like a brother to us. We have great team chemistry, and the fact we are friends outside the game, makes us avoid ego issues and conflicts.

Currently we are in a good rivalry with Brutality. We beat them in Back to back major lan events (Zowie extremeland LAN finale and ESL india Premiership LAN) , they beat us various times online. So I can say its Brutality in National Stage. In Regional, We have good competition with Elements from Odisha. We are unbeaten against them since a year but they have defeated us in 1 maps out of bo3s.

1v3 clutch against team Dare2Dream (with players like HellrangeR, SpawN and Antidote) during ESL Challengers LAN 2016 in Bangalore. I was in Team Accuracy at the time as a stand in, which was a Mumbai-based team. After that clutch we were able to make the score 14-14 , from 8-14 down. It was one of the best clutches in my career.

Most unforgettable game or match you were part of

Defeating Brutality in a Bo3 in Zowie Extremeland. It was first time any Kolkata based team defeated a Top3-4 mumbai Team in LAN in a BO3. So it was a Huge achievement for our community. We defeated them again in ESL india Fall Season Finale LAN, to showcase everyone that the win in Extremeland LAN was not a fluke.

Is eSports your primary profession?

No , Currently I am a Propriator of a gaming cafe in Kolkata named RFD Gaming. Also I am a BBA passout and pursuing MBA. Our lineup plays from my Cafe. It's hard for us to take gaming as a profession as all my teammates are from humble backgrounds and have parental pressure, therefore its a side career for us along with our studies and work. I try as much as I can to support them during events but I also have limits. Thankfully, my parents are extremely supportive of me and my teammates as they understand the concept of esports which lot of parents refuse to understand. They only agreed to fund me to build up the Gaming Zone, so that we and other new players in the locality can play and improve in CS and other eSport titles, which requires very high end PCs. I am extremely grateful to my parents. Now we are looking for sponsors to help us excel at our game.

Your thoughts on the eSports scene in India right now

It's great currently, India is a big market for Gaming and eSports has lot of Potential. Lot of opportunities for gamers, lot of events are happening but it needs to made more mainstreamed via the media as most Indian parents see gaming as a waste of time and don't consider it a real sport. Mainstream media should also showcase eSports along with field sports. Also brands and organisers in India has the tendency to focus on the top teams. It will be ideal if organisations and brands keep picking up new teams and give them the platform to improve. If we can improve these, India can be a eSports superpower in upcoming years.