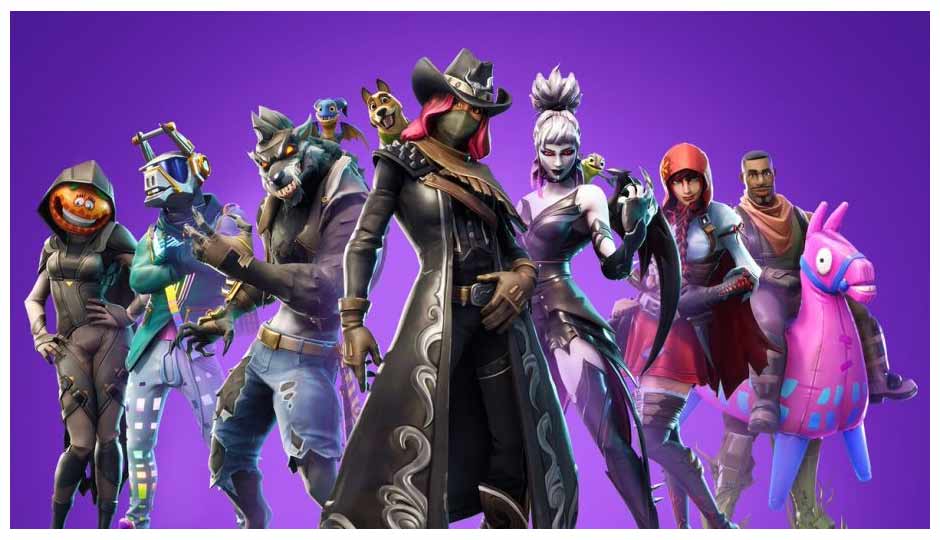 Fortnite Season 6 Week 10 Challenges Guide: How to complete them, and what happens next

Fornite Season 6 is about to wrap up in a week’s time and currently is in its 10th week. With the 10th week, Fortnite players now have a final set of challenges that they can grind out to get more Battle Stars, targeting the AIM Robot Hunting Party skin or maybe just to finish off the Battle Pass. For those who are unfamiliar with this system, 10 Battle Stars unlock one additional tier and there’s a season maximum of Tier 100. While some of these challenges are free, the entire set of weekly challenges are available for all Battle Pass holders for Season 6.

So, without waiting any longer, let's have a look at what the challenges for Week 10 are: 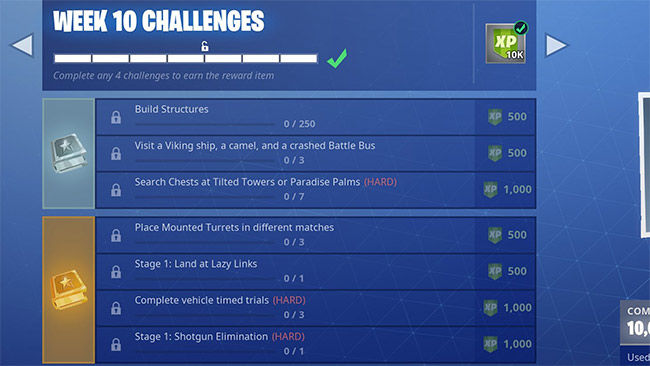 We’ll tackle these challenges one by one.

One of the main things that differentiate Fortnite from PUBG is the ability to build structures, traps and more. If you’re still holding on to your PUBG playing style and trying to survive in Fortnite with the same, you’re probably getting rekt left and right. On the other hand, if you’re even moderately adept at the building ability then this challenge shouldn’t be a tough one for you. Also, this challenge won’t be fulfilled unless you complete a game. So no building and quitting halfway. A piece of advice – just enter one of the team game modes and get building. This way, a couple of you can stand guard while a couple of you complete the challenge. 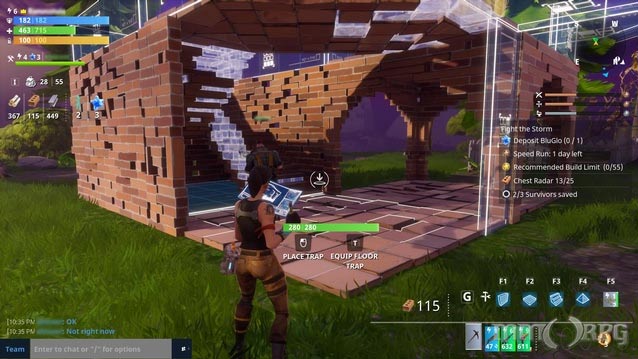 Visit a Viking ship, a camel and a crashed Battle Bus (0/3)

These are three particular locations that you need to pay a visit to. While the true fun of a scavenger hunt in Fortnite is to find these places yourself, its a matter of your final grind and we’re not going to judge if you use this marked map to find the locations faster. 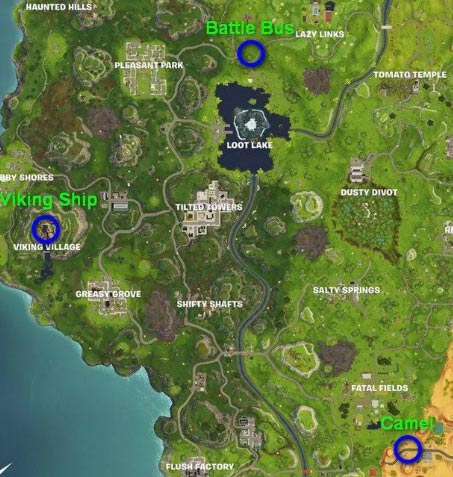 The crashed Battle Bus can be found near the road that leads from Lazy Links to Pleasant Park. The Viking ship is right at the heart of the Viking Village (no surprises there) and the camel can be found at the beginning of the road leading from Lucky Landing to Paradise Palms.

It’s interesting how Fortnite has given you the option to choose between Tilted Towers and Paradise Palms to find and open seven chests. It’s almost as if they’re admitting that the Tilted Towers can get pretty chaotic and tough, for this challenge in particular. So if you want a more undisturbed experience looking for these chests, head to Paradise Palms and wait for it to clear out before you go chest hunting.

Of all the challenges in the list, this one is the most difficult to target separately. Since it is easy to actually place the turrets, the difficult part here is to find them in three different matches. We would advise you to keep doing other challenges and place these turrets as and when you find them.

It’s what the title says, you’ve got to land at a particular location. Keep in mind that this is a staged challenge with five stages in total, that will require you to land at Lazy Links, Snobby Shores, Lucky Landing, Lonely Lodge, and Salty Springs in that order over five different matches. Nothing much to do here other than getting that landing right.

Time trials have mostly been limited to foot in the past seasons of Fortnite, and this is the first time vehicles have been brought to this challenge. While there are at least six confirmed locations on the map where you can do them, you actually only need to complete three to pass this challenge. Depending on how good you are at building or driving, these challenges can be quite easy or quite difficult for you. Either way, the challenge plays out similarly to the timed trials challenges earlier – you activate a stopwatch icon (on foot) and then drive to a number of such icons before the time runs out and activate them (on foot) as well. Three locations where you can do this are: 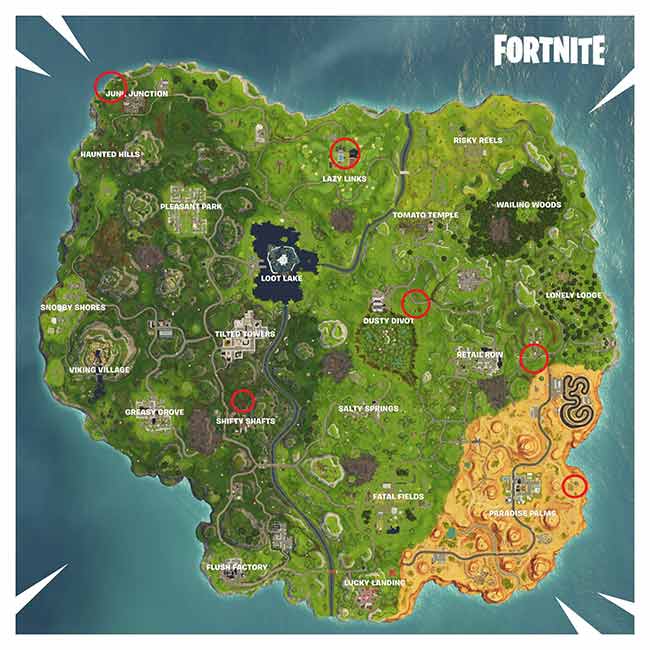 Staged gun challenges are neither new nor particularly difficult, you just have to find the right guns and get the required number of eliminations with them, to proceed to further stages and keep repeating them.

What happens once you’ve completed these challenges?

Once you’ve completed these challenges, you get a new loading screen. The new screen shows a party being led by DJ Yonder. 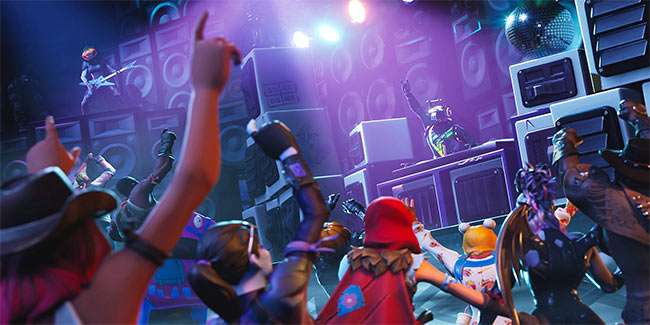 While you’ll see a lot of familiar skins around, there’s a couple of things to find if you observe closely. First, on the top left, lurking in the darkness is the upcoming AIM robot Hunting Party skin. The other thing is a set of coordinates marked on the side of one of the speakers. The coordinates themselves are G8, G9, H8, H9 and correspond to a large area in the map. But rather than searching these areas entirely, you should directly go to the intersection of these four boxes. 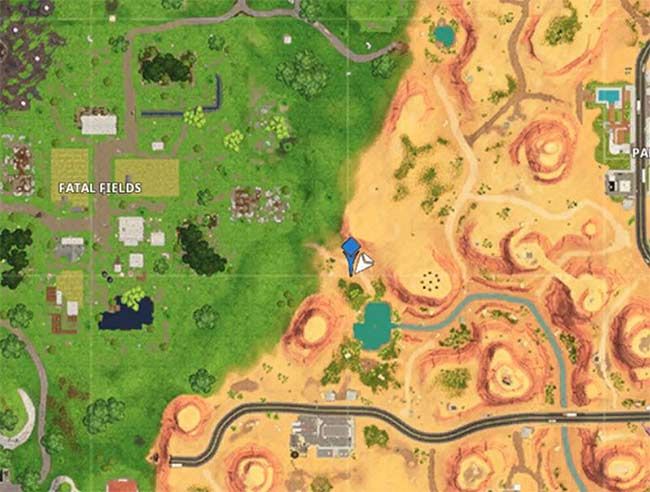 There, you’ll find a banner for DJ Yonder. 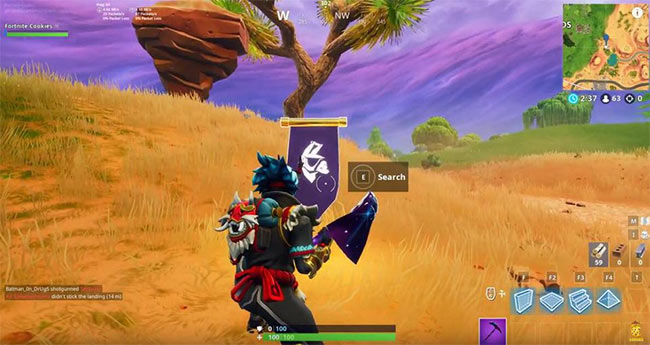 This season of Fortnite has been alternating between free Battle Stars and Banners for challenge completions. While the battle stars are definitely useful to the players, the new loading screens unlocked each time also help tell the ‘story’ of Fortnite in some ways. The current visuals point at the AIM robot being an important character for the next season. Any further hints, about the upcoming winter map and its highlights, are yet to be revealed.